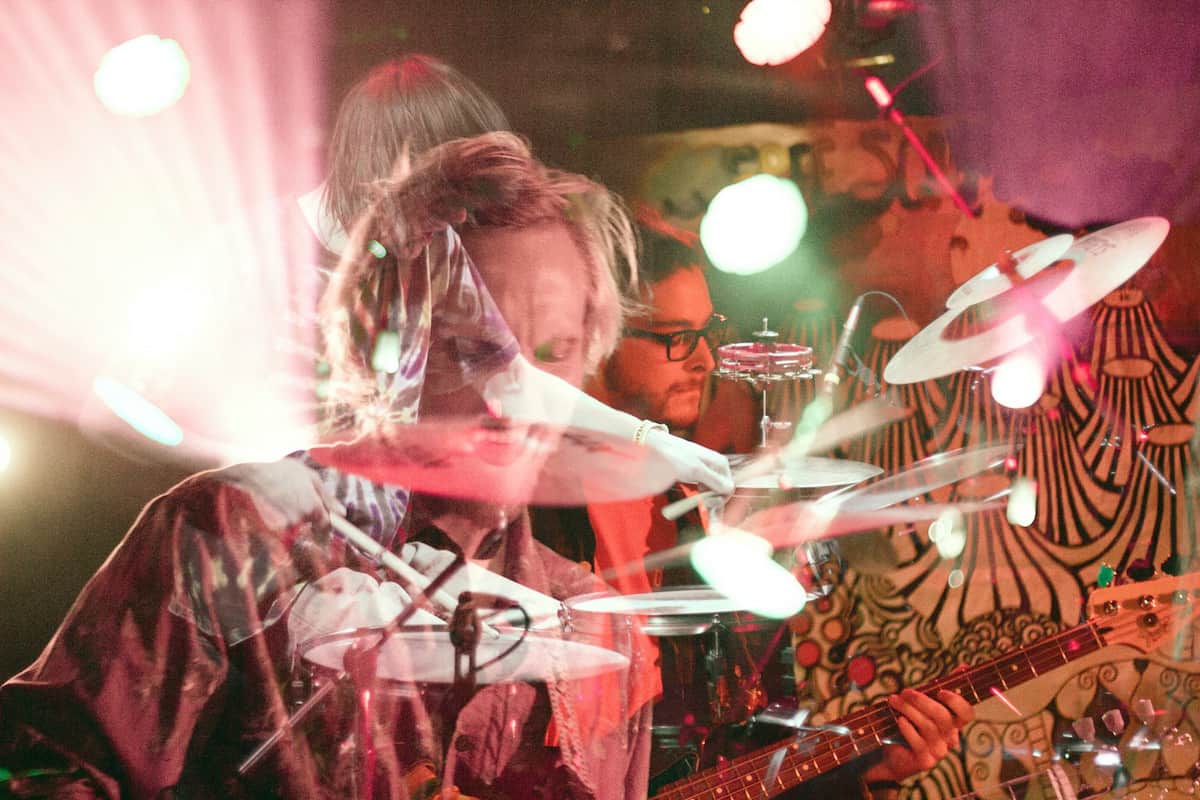 Self-described nomadic-disco-punk band Bison out of The Queen City – followers and fans fondly referred to as the ‘herd’.

While I was driving up to Lake Willoughby Lake a few weekends ago for a wedding, I tuned into Vermont Public Radio for the drive. I was digging the bumper music they were using between pieces and it turned out to be from their locally produced music show ‘Live from the Fort’. I’ve since learned that this show, available online, features live contemporary music performances in a variety of genres and styles. I was lucky enough to catch Bison recorded at the Skinny Pancake in Burlington.

I was into their sound and wanted to get to know more about them, so I reached out with a few questions and was able to learn what makes Bison, Bison.

Bison consists of Charlie Hill (guitar/vocals), Fabian Gaspero-Beckstrom (drums), and K.C. Dressing (bass). Charlie and K.C. are both originally from Northern New Jersey and moved up to Burlington to go to UVM in the Fall of 2012, whereas Fabian is much more local, growing up in Southern Vermont. Despite the fact that Charlie and K.C. grew up 15 minutes away from each other, they never knew each other before college. Charlie and K.C. have been “jamming” together since 2013, and Fabian joined in 2014.

Bison is heavily influenced by the space they occupy in New England. It’s clear that their music has been influenced by the area in which they work. According to K.C.,  “The Burlington music scene is so incredibly diverse, there’s everything from jam bands to modern hip-hop, free jazz, shoe-gaze, you name it there’s a band in town that plays it.”

“Burlington is a really unique microcosm of influences, and just by being there, the music we’re making is something none of us really ever thought we would be making. The scene in Burlington and the fans specifically are just so supportive regardless of what it is that you’re doing, so it allows us a sense of creative freedom that I think is hard to find anywhere else.”

Be sure to keep an eye out for Bison in the future – it seems as though they’re just getting started. “Once I’m back in town we plan on picking right where we left off writing new music and playing as many shows as we can. Besides that, we recorded an album in July, so we’re looking forward to getting that out probably in December or January.”