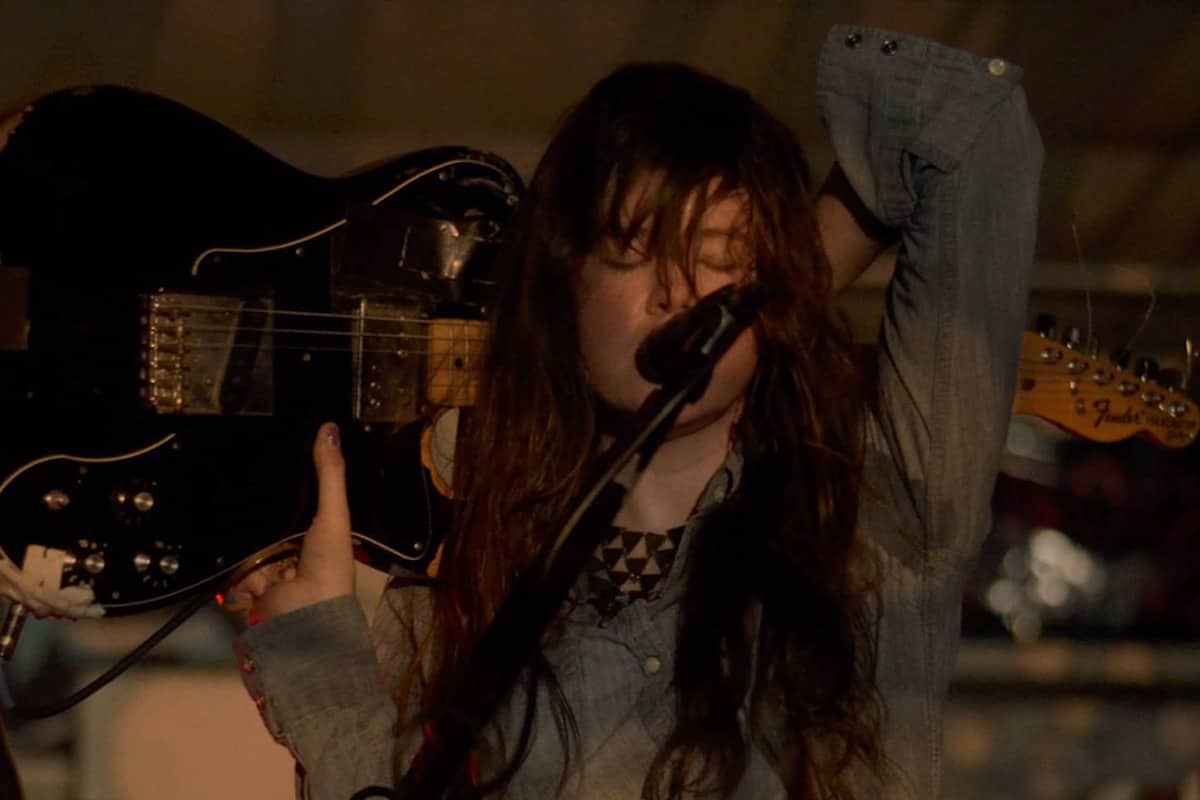 Bringing innovations in art and music to New Hampshire, The Thing in the Spring pulses a path through Peterborough.

As inspiration for Thornton Wilder’s portrayal of small-town New England life in Our Town, Peterborough, New Hampshire cuts the perfect quaint image. At least it does until The Thing in Spring Festival and Broke: the Affordable Art Fair happen, and the hip and handmade settle into Peterborough’s un-ironic charm.

Local artists and impresarios Eric Gagne and Mary Goldthwaite-Gagne have produced the events for eight years. “The Thing and Broke co-evolved as a grassroots effort to bring diverse, innovative music and art to the Monadnock region — and to make it as affordable and accessible as possible,” Goldthwaite-Gagne says. 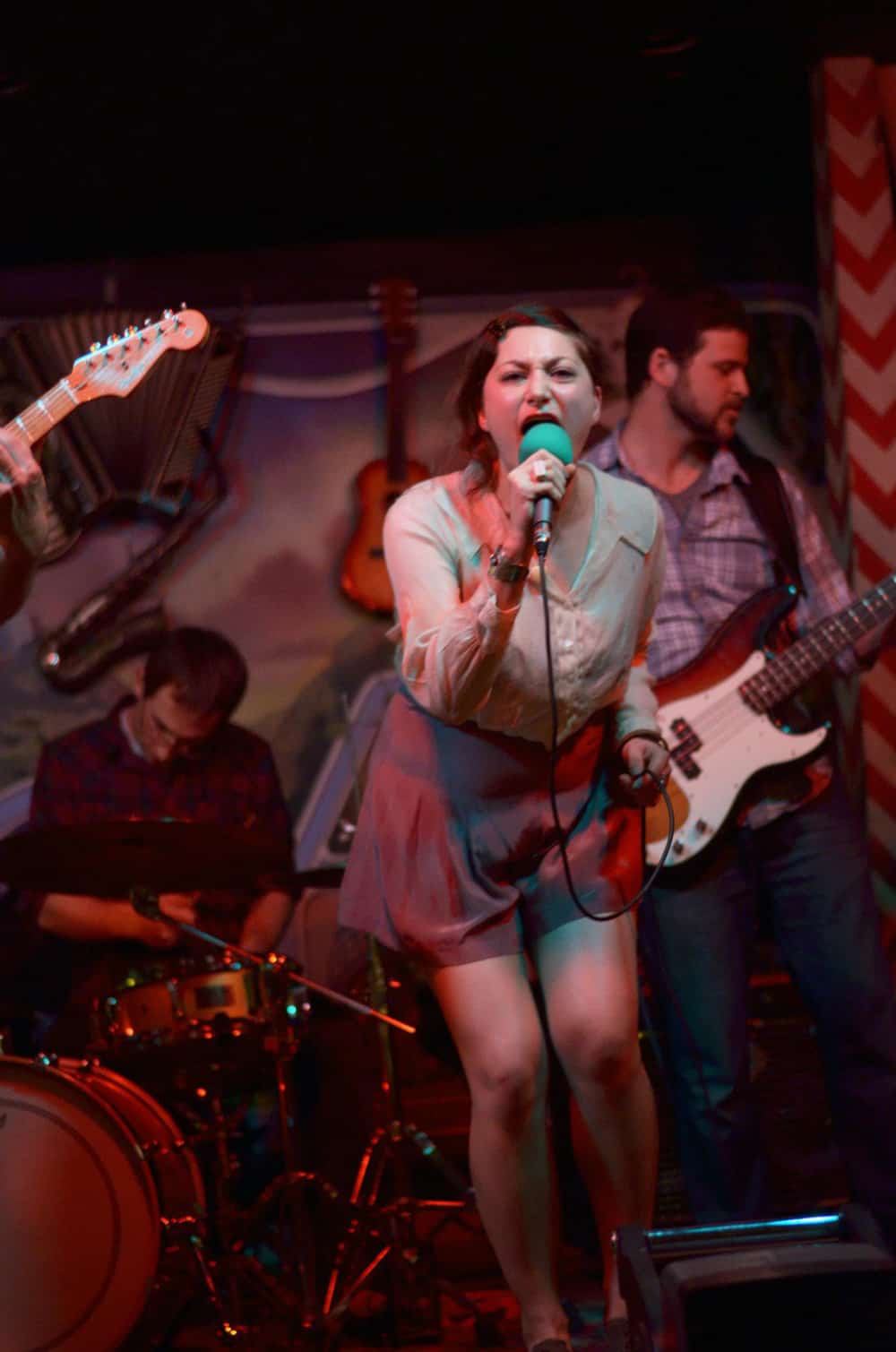 The town-wide festivals kick off Thursday, June 11 with a raucous, melodic lineup of punk bands at the Toadstool Bookshop and continue at Harlow’s Pub with soulful folk-rock from Dan Blakeslee and Modern Fools. Blakeslee has been a full-time musician and artist in the area for 20 years. He got his start in Portsmouth, New Hampshire and now resides in Somerville, Massachusetts. Having played Harlow’s many times, he calls it “a gem of the north — artful, eclectic, and weird in the best way possible.” The same might be said of Blakeslee’s own song-craft. (Check out our Spotify list, above, of some of the musicians playing at the Thing.) 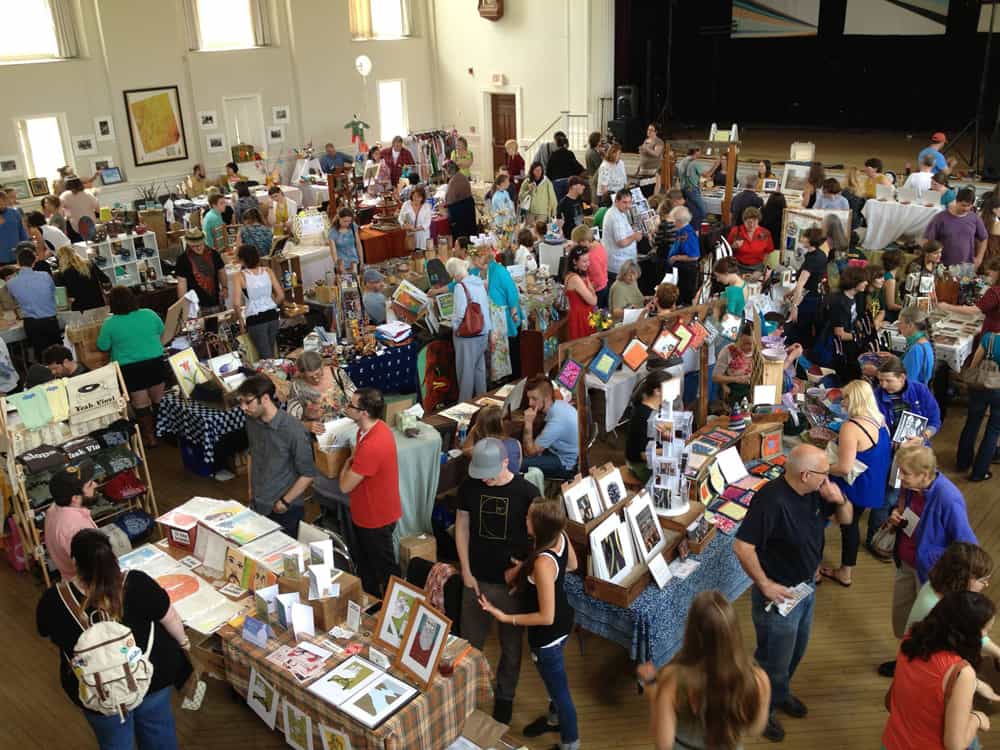 The Thing’s combination of underground and veteran acts creates an organic continuity across genres and audiences. “It’s more a communal ‘happening’ than a commercial spectacle,” Gagne says. “The music is different than anything you’re going to hear on the radio or presented by anyone interested in profits.”

The Broke Art Fair opens at 10am on Saturday in the Town Hall at the center of town. Many of the 50 juried exhibitors make pieces specifically for the show, since all work is priced under $50. On the green behind Town Hall will be a matinee concert, with local vendors selling pulled-pork tacos, locally roasted coffee, and beer from Maine’s Baxter Brewing Company.

The Thing In Spring doesn’t so much take over downtown Peterborough as pulse through it. No streets are shut down, and the gathered artists and audiences mix with locals seamlessly. “It’s a collision of the arty and hip with traditional New England ambiance,” says Blakeslee.

The organizers want the event to feel welcoming and open. “Folks can come and experience the vibe of the whole thing without having to spend any money at all,” Gagne says. “It’s an honestly curated gift we give to ourselves and the people around us.”