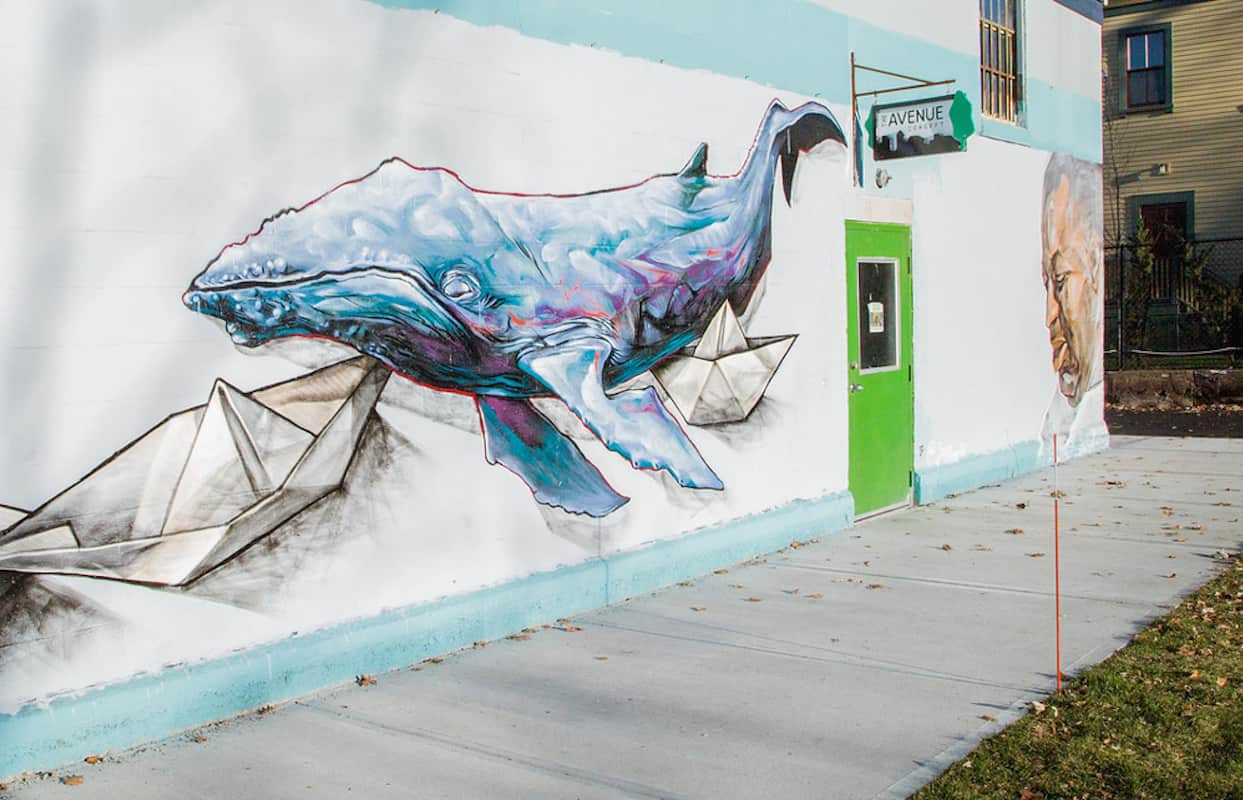 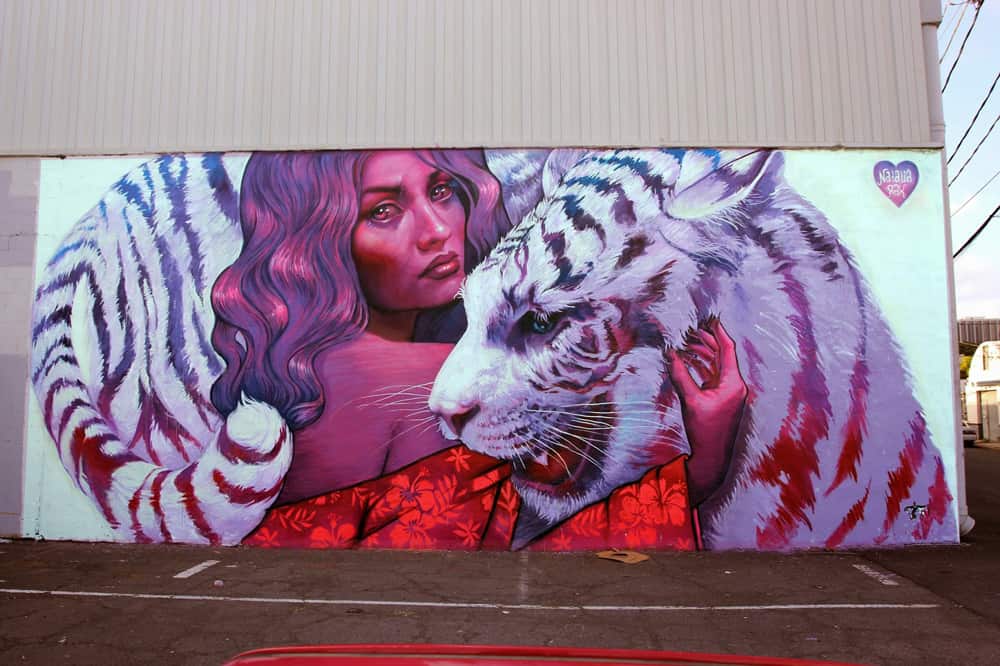 We’re referring to the first-ever Providence International Arts Festival in Providence, Rhode Island, and the long-standing International Festival of Arts and Ideas in New Haven, Connecticut. Both kick off this weekend, with the Providence fest taking place June 11-14 — June 13 is the main day — and the New Haven event offering a little more time to take it in since it starts June 12 but lasts until June 27. 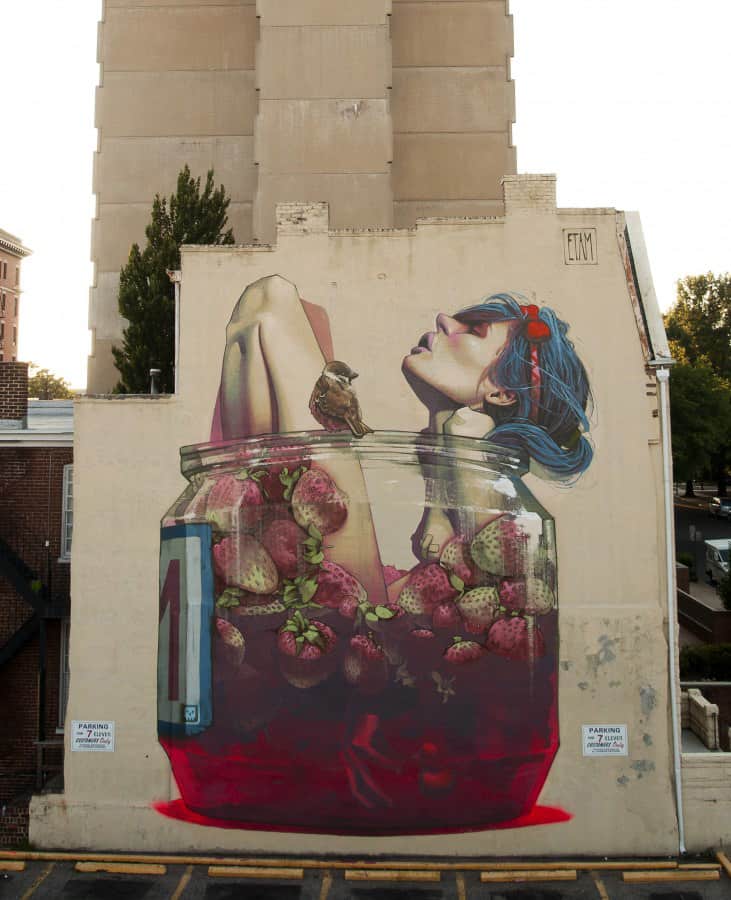 The list of what you can choose from at the Providence event is long and varied. Some names to whet your appetite: Squonk Opera Pneumatica, an outdoor musical spectacle about air, made of air, powered by air; The Avenue Concept on Washington Street Cultural Corridor, a series of murals, art installations and pop-up skate/art park, featuring internationally renowned street artists Etam Cru and Natalia Rak; and the Earth Harp Collective, inspired music by an instrument created by William Close, who plays long golden strings by running rosin-covered gloves along the instrument to create cello-like tones.

And what about this festival math: 500 artists, 30 public art installations, 15 stages, 18 participating venues, 6 outdoor bars. Oh, and a Rhode Island artisans marketplace. A lot of it for free. 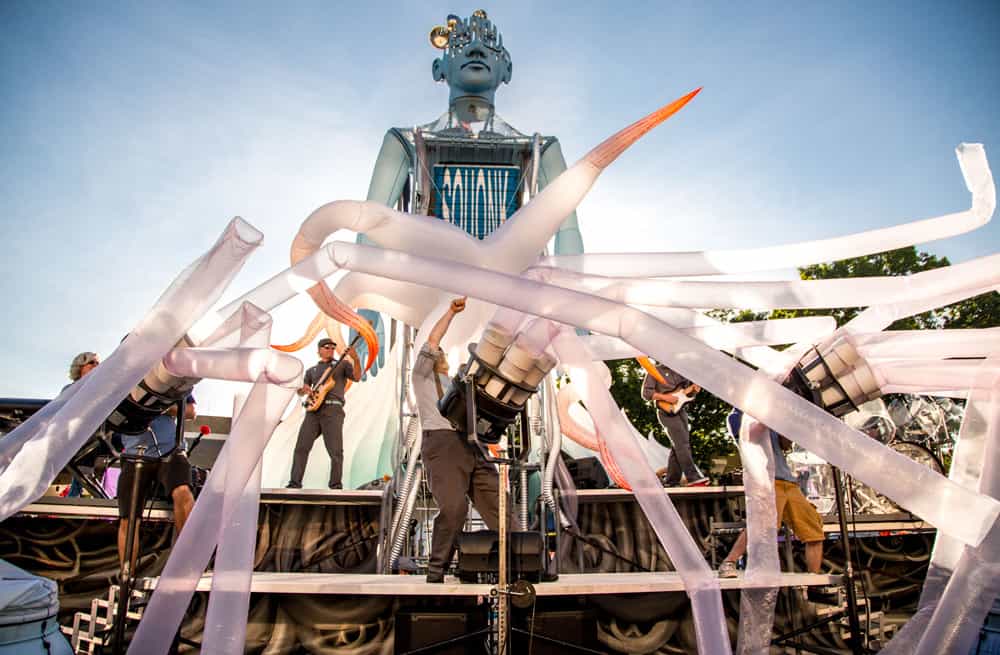 New Haven’s 15-day event, meanwhile, has 6 free events on the green, 14 ticketed performances, 18 free lectures and conversations, and 14 other diverse events around the city.

Performance artist Taylor Mac will do a world premiere of his piece The 1990s on June 12 and 13. Expect dazzling costumes and live music popular in the ‘90s in this work that eventually will be part of a 24-hour performance of Mac’s subjective history of 240 years of American popular music. 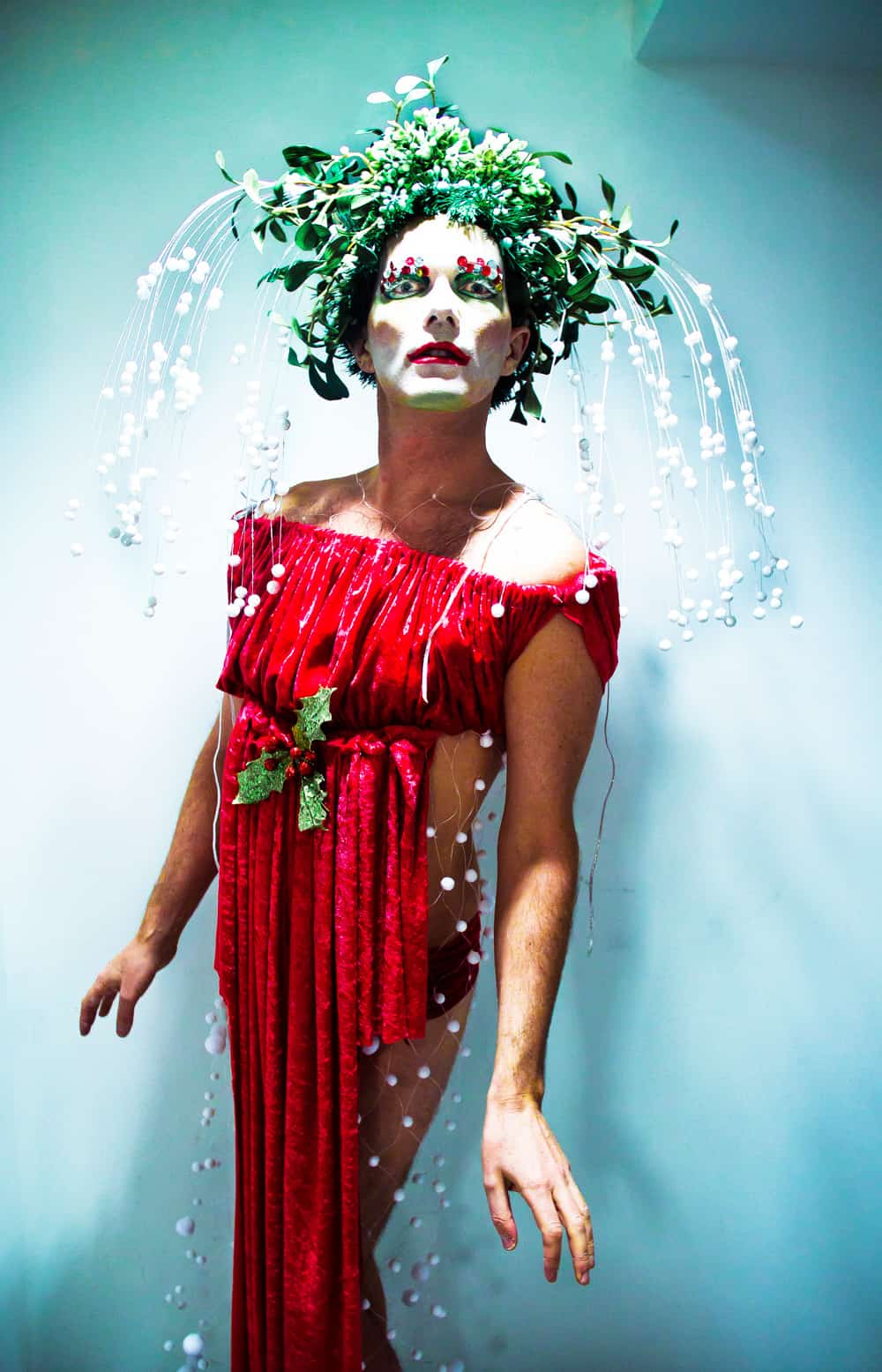 Circus arts will be represented by Magmanus on June 13 and14. The Swedish street duo’s tricks include juggling, a teeterboard, acrobatics, and comedy.

The festival features music from around the world. Just one small example: Piena Libre, a 12-piece Grammy-nominated Puerto Rican ensemble that performs June 27. Expect to hear Puerto Rico’s unique African-based piena and bomba pulse along with sounds from across the Caribbean and Latin world. Do not expect to remain seated. 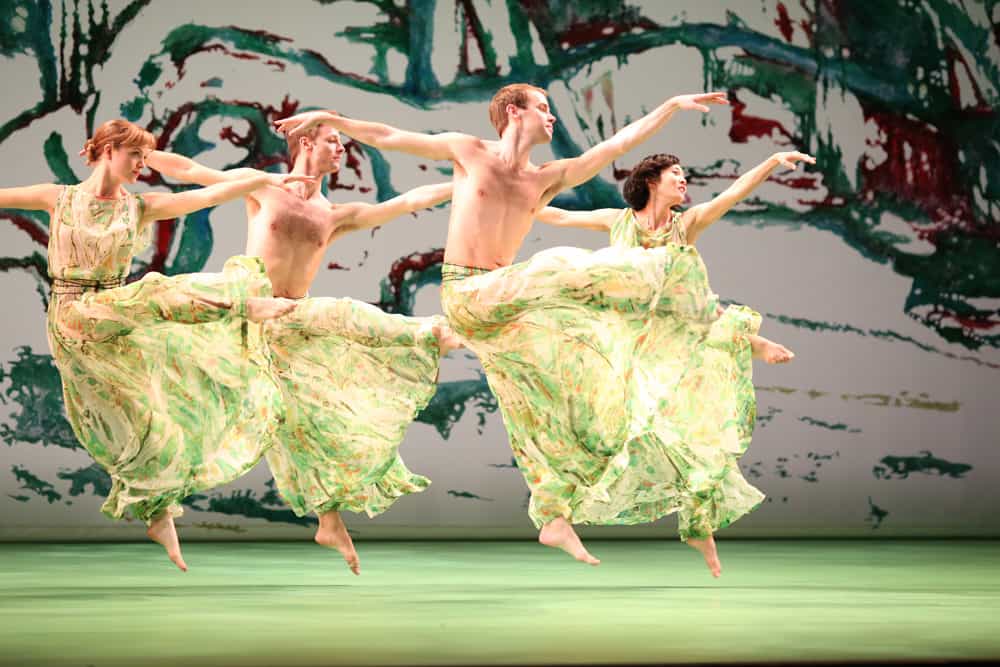 What time are you getting in your car?