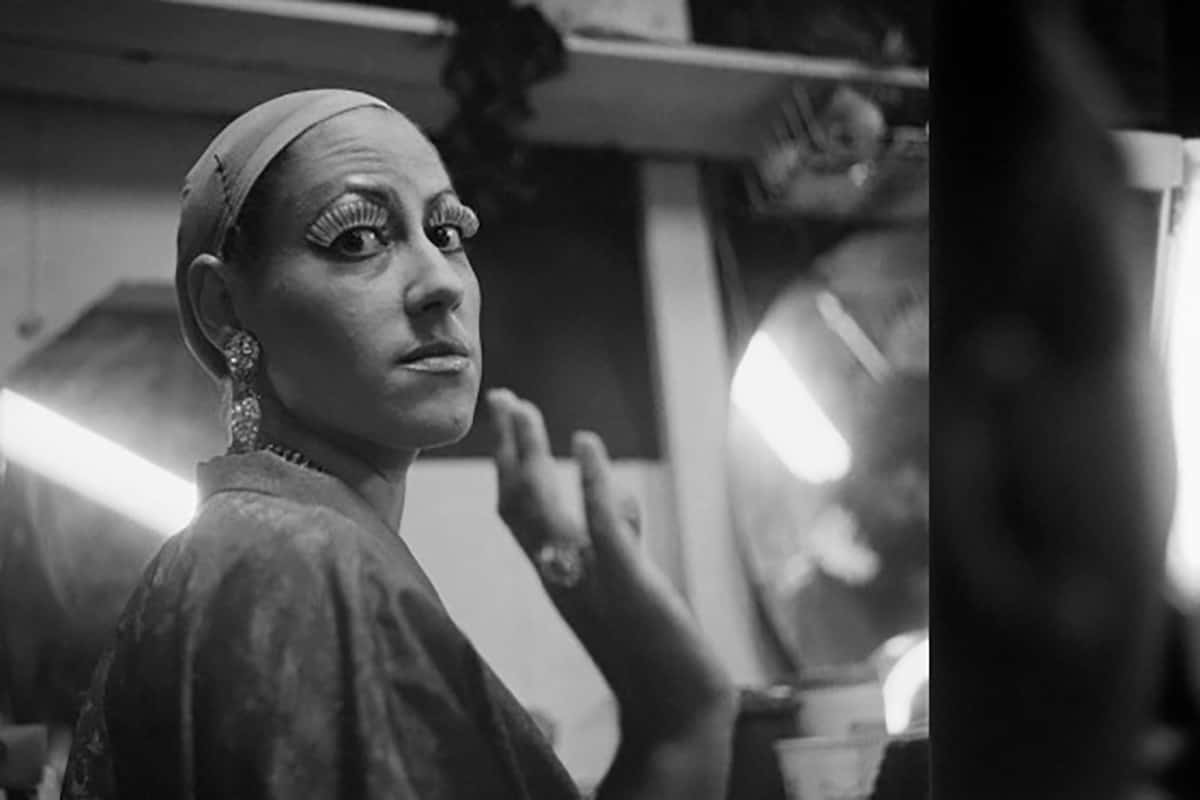 The Drag Queens of Dummerston, Vermont. A photo exhibition and exploration of alternate personas at the Brattleboro Museum & Art Center.

As a young mother photographing her son and daughter pretending to be cowboys, ballerinas, superheroes, or an amalgamation of characters, photographer Evie Lovett became interested in the potent messages young children receive about gender roles and about how dressing up can be a way of exploring another facet of yourself.

Lovett began examining these two threads in 2002 by taking photos of people in costume on Halloween or at various masquerade balls. A fellow photographer told her about the drag show at the Rainbow Cattle Co., a gay bar in Dummerston, Vermont. She started photographing the members as they prepped to perform. The resulting exhibition, Backstage at the Rainbow Cattle Co., at the Brattleboro Museum & Art Center, is a photographic exploration of this donning of alternate personas. 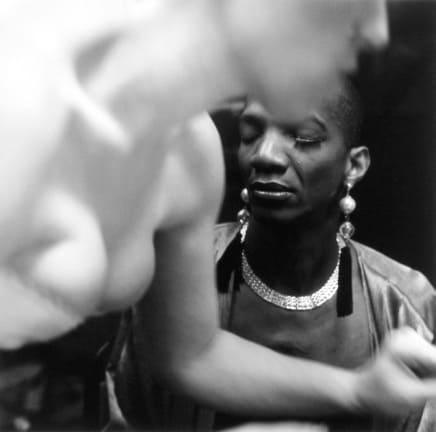 The 39 photos, taken over a period of a year and a half, were first shown in 2004. In 2011 and 2012 Lovett and Greg Sharrow of the Vermont Folklife Center worked together to interview the performers and added audio to the exhibit. In 2012 a grant from the Samara Fund made it possible for the exhibit to travel to each of the 14 counties of Vermont. The Brattleboro show, which runs through June 21, is the culmination of that tour.

Lovett says that her time with “the Ladies” changed her. “Their readiness to do what they love, be courageous and outrageous, and write their own life stories gives me the courage to do the same.” 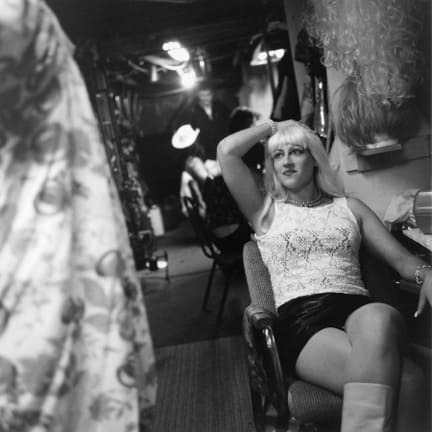 Mike Powers, who performs as Candi, says that lighthearted Halloween costumes and badly applied Cover Girl makeup ignited the spark that became the drag queen troupe that has also performed in Boston, New York, and as far afield as Phnom Penh, Vietnam. One Halloween he and his friend Bill, who performs as Kitty, went to the Rainbow Cattle Co. dressed in drag. “We looked hideous, but we had fun,” Powers says. “It was liberating, because we could just have a blast and be somebody else for the night.” A few months later the local AIDS project wanted to do a drag show as a benefit, and the Ladies of the Rainbow were born. 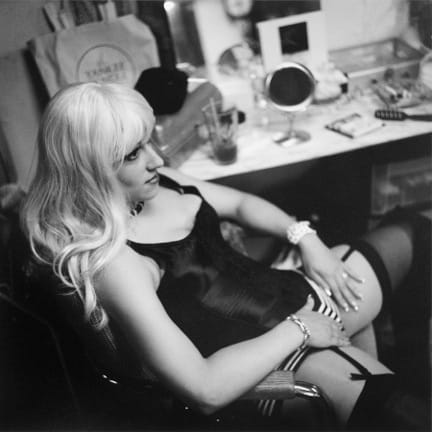 As a woman, Carolyn Conrad, who performs as Sophia and works for the Windham County Humane Society, adds a surprising and rare element to the Ladies. While not changing gender, she, too, creates an alternate, exaggerated persona, practicing what she calls “the art of drag.”

“It has nothing to do with the gender you were born in,” she says. “It is creating [an] illusion … going for that aesthetic, which is outrageous, absolutely outrageous.”