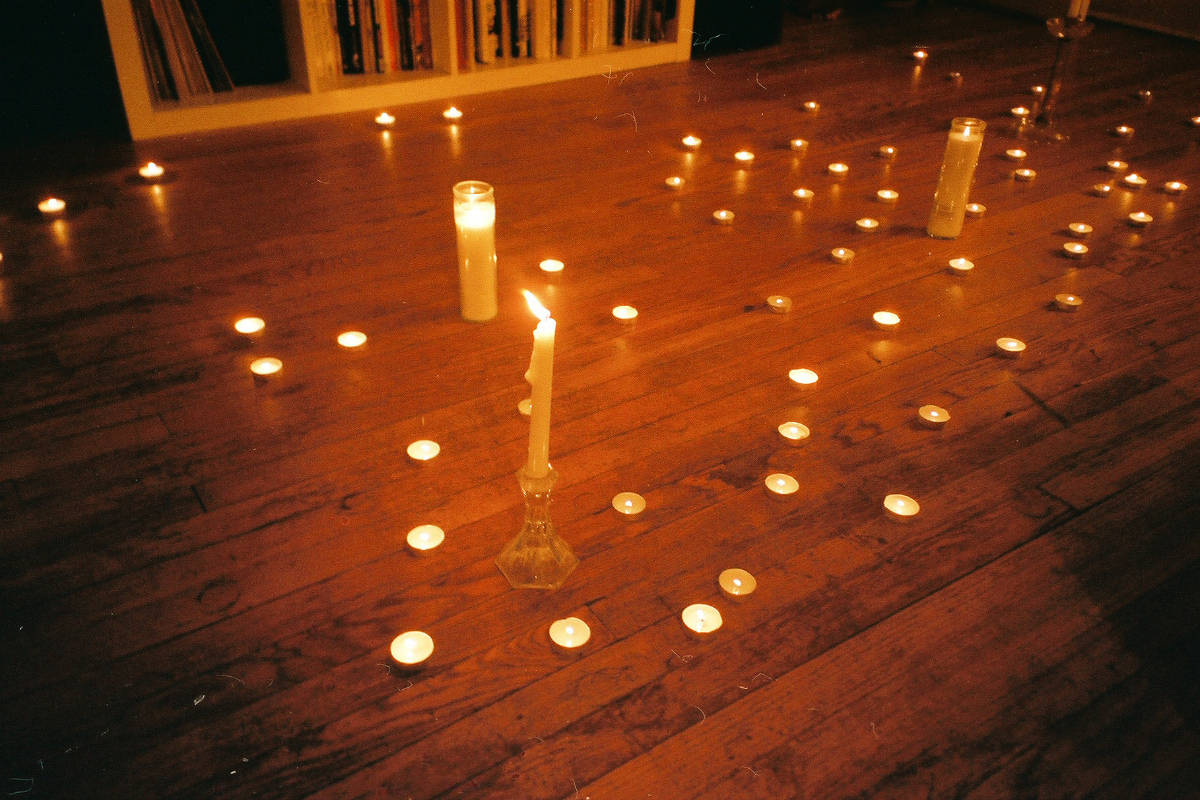 This article originally ran on the Breakfast Lunch & Dinner blog on November 4, 2016.

For almost as long as cinema has existed, writers have chosen to eschew traditional narrative structures for the sake of originality. Many believe a film truly reaches its zenith when it takes that inventiveness and incorporates it into something meaningful. Every film isn’t supposed to end on a positive note, or tell a ‘feel good story’ or follow the same plot trajectory. Just like success, pain and obsession can be meandering, unexplainable and unexpected – but also fulfilling. And in most instances, we rarely see how strange and personal that journey can be, regardless of the outcome. For Joshua Jenkins and the Sticky Pages collective, For Now, Until My Last Dying Day doubles down on that belief and creates a film that rewards critical thinking and promotes awareness and conversation.

The film begins with Paige, played by Monique Antoinette, sitting with her therapist, Dr. Marcellus, played by Alex Szwed. After asking Paige if she knew the date – in which she responds correctly – Marcllus explains a theory that there’s “something about having the presence in mind constant with the present time.” He continues, saying that humans often find themselves referencing the past or anticipating moments, and those who answered his question about the date correctly have a direct interdependence between their virtues and vices, or as he puts it: ‘the things that make them tick, and the things that make them ill”. Hence, if one is unable to distinguish between the other, they become one.

As the two go back and forth, the viewer learns that Paige’s obsession is fire, and she explains how her infatuation has become cumulative and neurotically unrestrained. In a flashback scene, she talks about how she buys a box of matches from the store and leaves them on her apartment table in hopes to curb her impulsiveness and test her self-discipline. But she fails as she eventually lights every match in the box one by one, rekindling her compulsion. Antoinette is perfect in her role, delivering a phlegmatic performance that leaves the viewer questioning if Paige is empathetic towards her own struggles or has simply succumbed to becoming a slave of her own self. 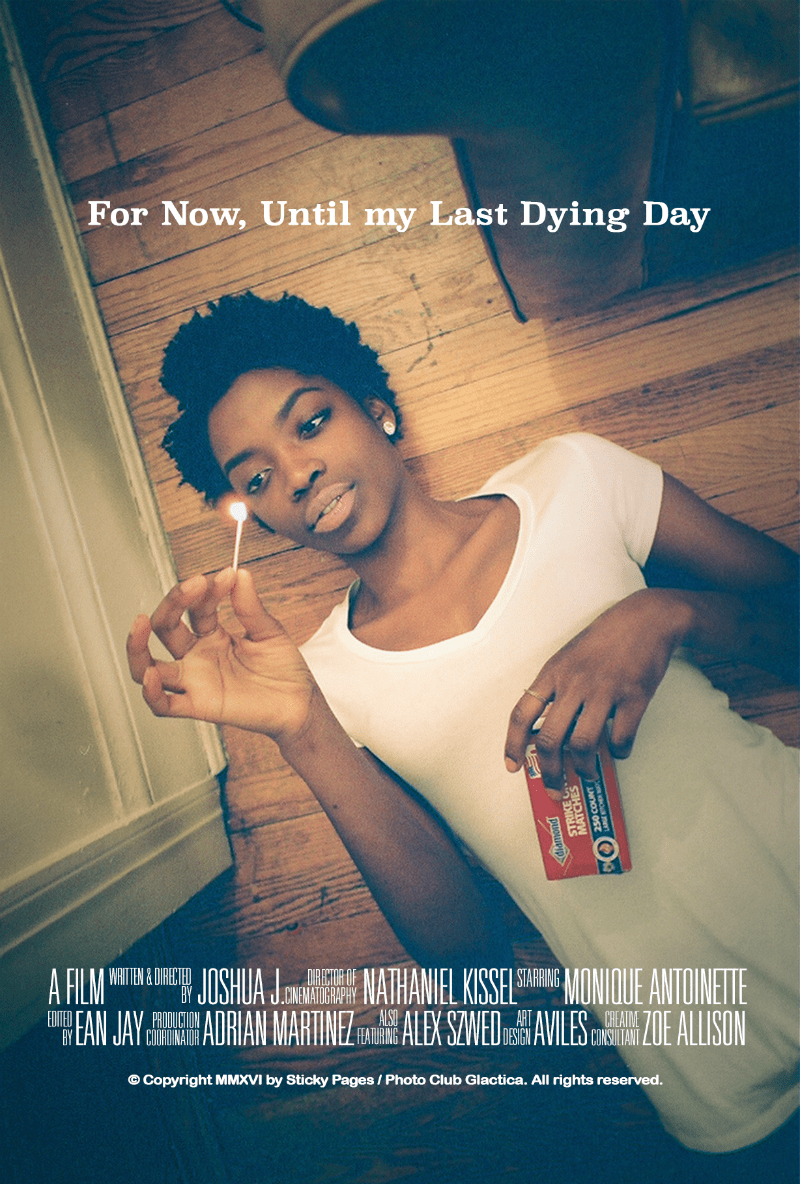 The turning point comes in the following scene when Paige is in her apartment. She’s smoking marijuana, and after turning on her record player and lighting a few candles, she begins to dance in the middle of the floor. It’s a mesmerizing moment, one yielded in intimacy and warmth but also an inhibited vulnerability as Paige hugs her arms as he looks as if she falls into a mysterious hypnosis. That theory is feels justified in the following scene when Paige walks into the bathroom and stares into the mirror over the sink. After a few seconds, there’s a brief flash of diplopia and when she walks out of the bathroom back into the living room, candles are lit everywhere. It’s quite the transitional moment from good to bad; virtue to vice, and it leads perfectly into the big reveal where we learn about the etymology of Paige’s fixation as a child, played by Ameilia Brown.

Most of the nuisances in For Now are subtle enough that viewers will have to watch multiple times to catch them all, but a few are obvious enough that you don’t have to beat you over the head with metaphors. For example, when Paige is dancing to the music in the living room, she’s wearing a red sweater and black jeans. But when she leaves the bathroom, she’s wearing a black three-quarters shirt and black jeans. It’s a minor observance and one that would typically go unnoticed, but For Now has very few settings and gives no indication of time so the audience has little to no idea how long each moment has taken place between each ah-ha!moment. The musical selection is also very clever if you’re a diehard fan, as it uses different songs titled ‘Summertime’ from various artists such as Black Hole Sun, Janis Joplin, Studio Group and Big Brother & The Holding Company. The correlation between these songs and the central theme are undefined, but they add a significance to each scene and given that For Now was shot in film, both qualities give the piece a bluesy, methodical feel. 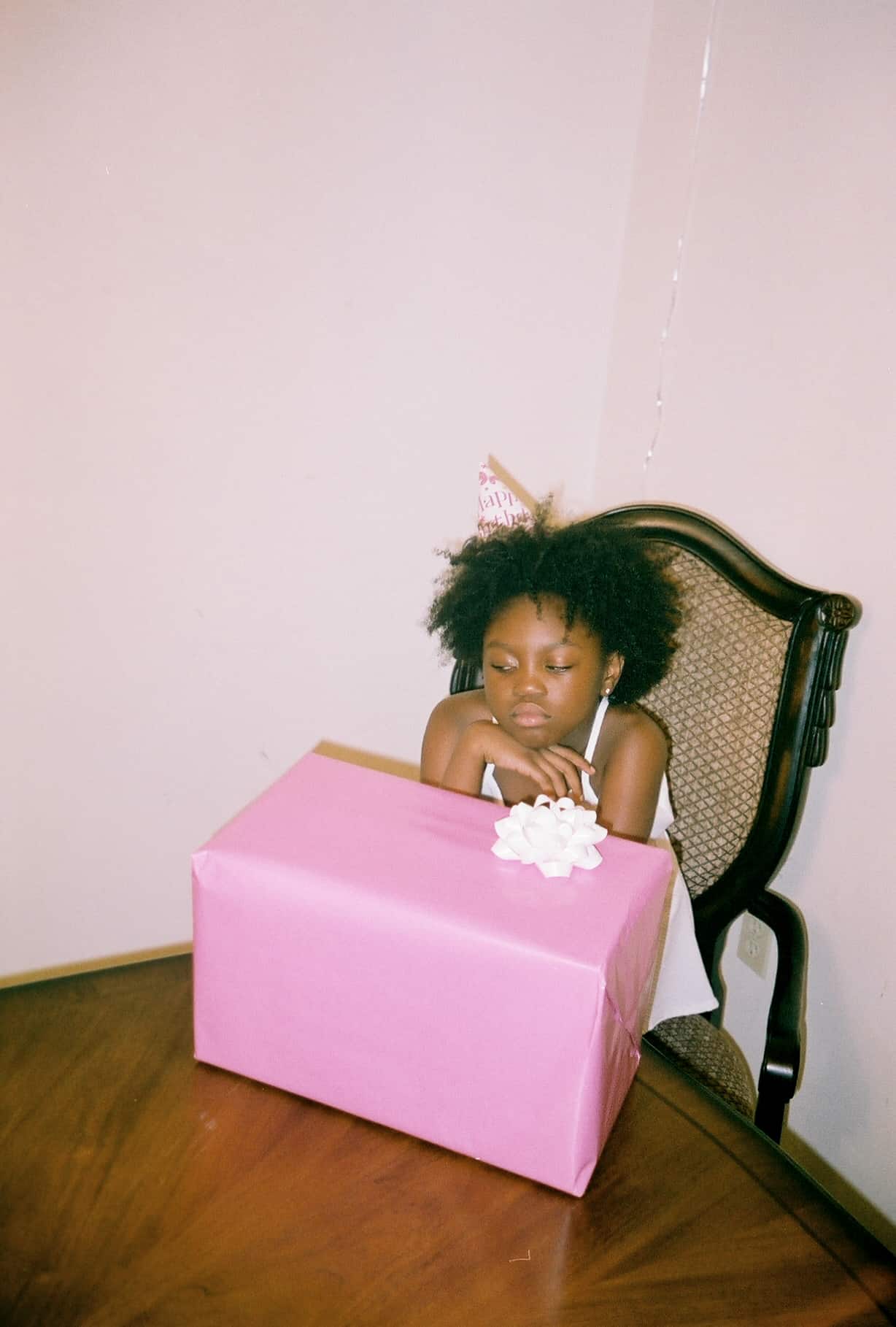 On the same token, For Now is broad enough where viewers can formulate its own opinions and speculate on the overall messages. Is fire a metaphor for evil? Does Paige’s clothing actually have any importance? What does the mirror represent? We don’t know, and chances are we won’t ever know, but maybe that’s the point: coming up with your own explanation of why something is what it is is more beneficial to the viewer’s imagination than directly presenting one possible serialized narrative and outcome. From my vantage point, the acting isn’t as preeminent here as the underlying message: it’s not only the good that makes us who we are; it’s also our degeneracies and temptations. There’s two sides to every individual; it’s all about which one you can and can’t control that builds your true identity. Jenkins has created a quirky, simple film that uses otherwise ludicrous themes such as fire to burrow into deeper, more convoluted issues.

For now, I’d say that’s quite a success. 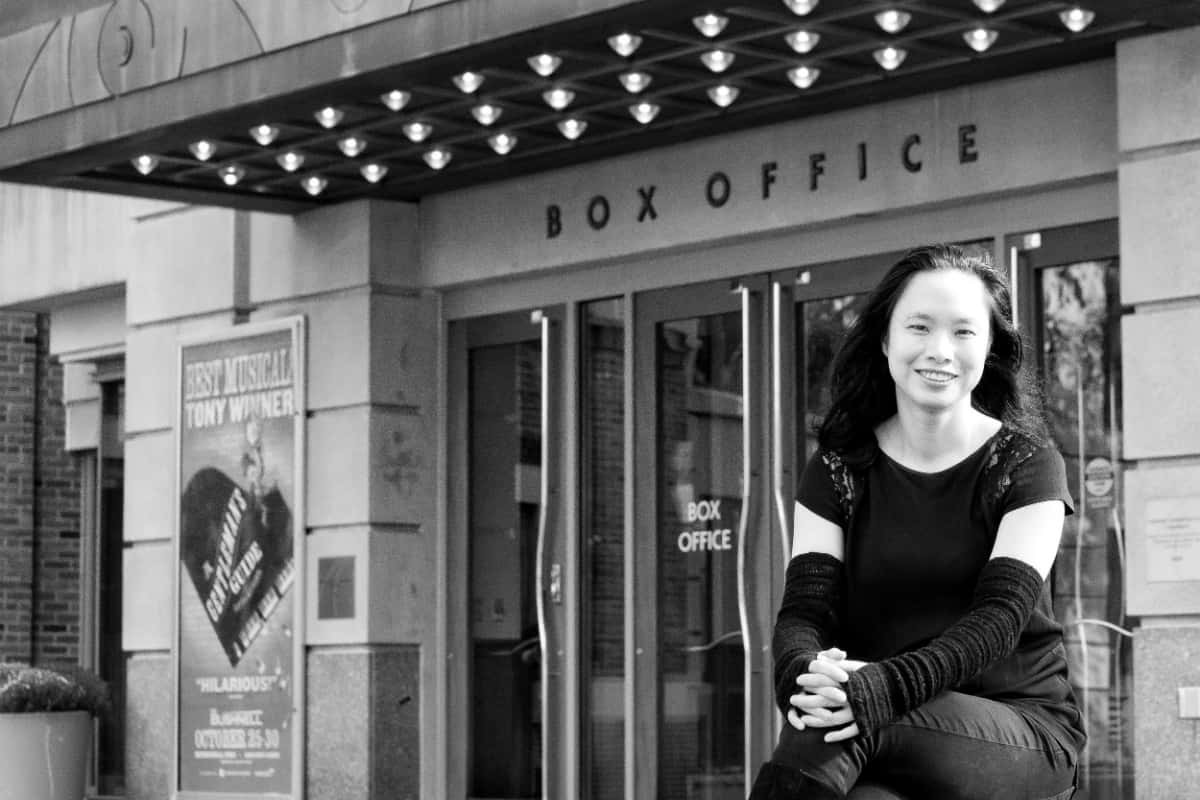 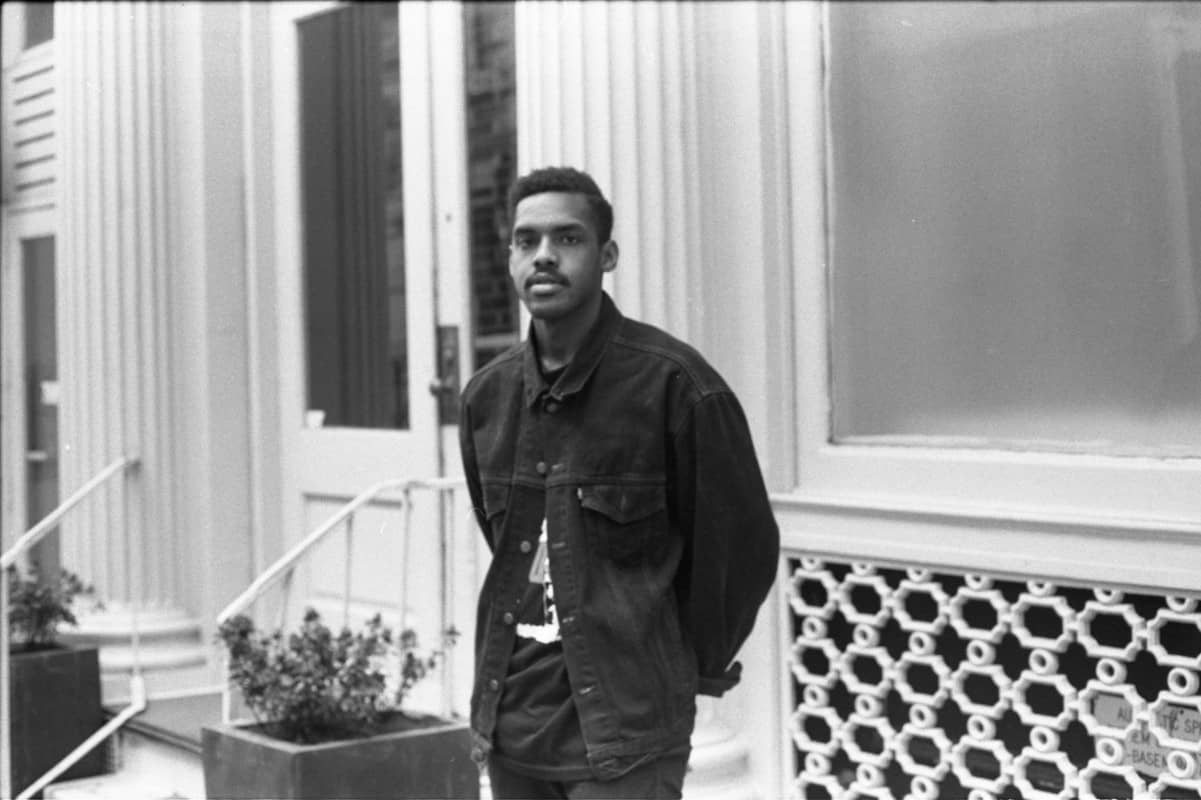 A chat with Joshua Jenkins, one of the creatives behind Hartford menswear label demuerte, which was featured in Take’s print issue.