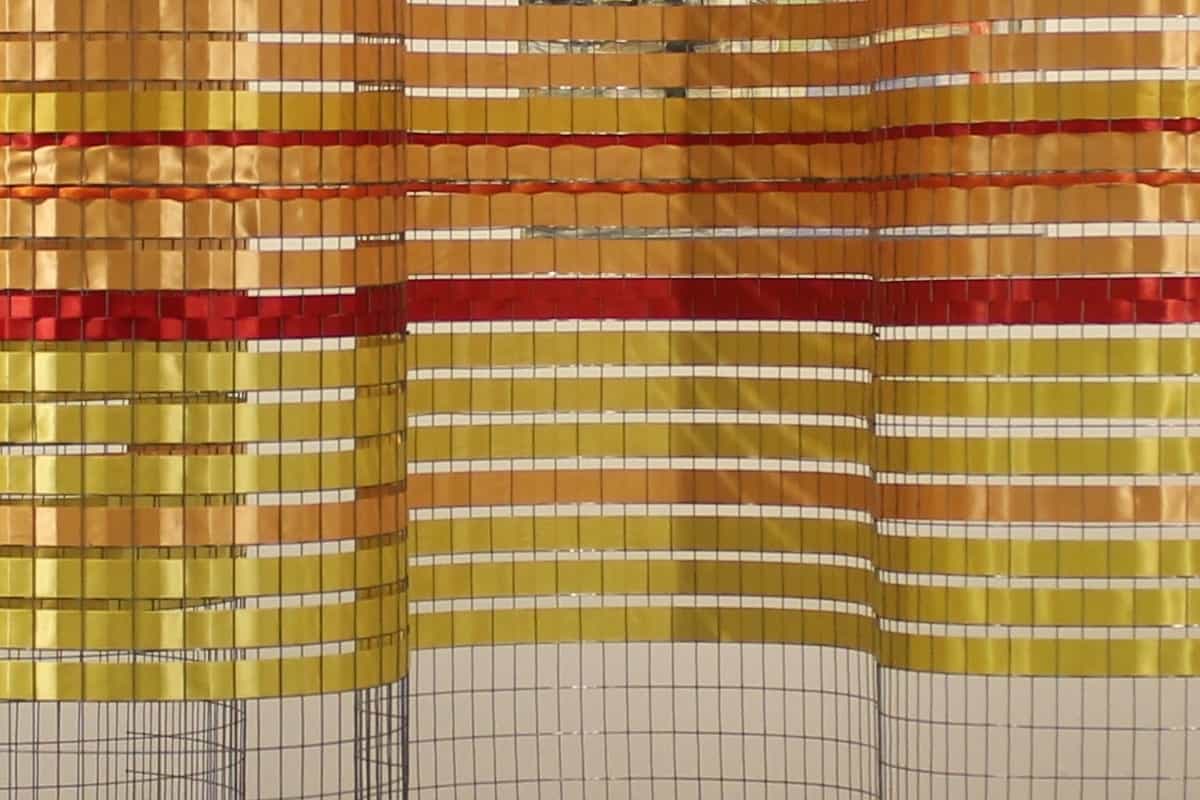 Meet the five women of Real Art Ways and their myriad works that all uniquely move abstraction forward.

Surface Works, one of three shows exhibiting at Real Art Ways (RAW) in Hartford Connecticut, brings together works of abstraction created by Deborah Dancy of Storrs, Connecticut; Janet Lage of Old Lyme, Connecticut; Alyse Rosner of Westport, Connecticut; Rosa Valado of Brooklyn, New York; and Amy Vensel of Newtown, Connecticut. Each artist, in her own way and in her own medium, is pushing abstraction forward.

“Just thinking and taking part in the dialogue with other artists very actively becomes a part of the continuum of abstraction and art.” says Amy Vensel, who’s work brings a bit of graphic cacophony to the space at RAW. 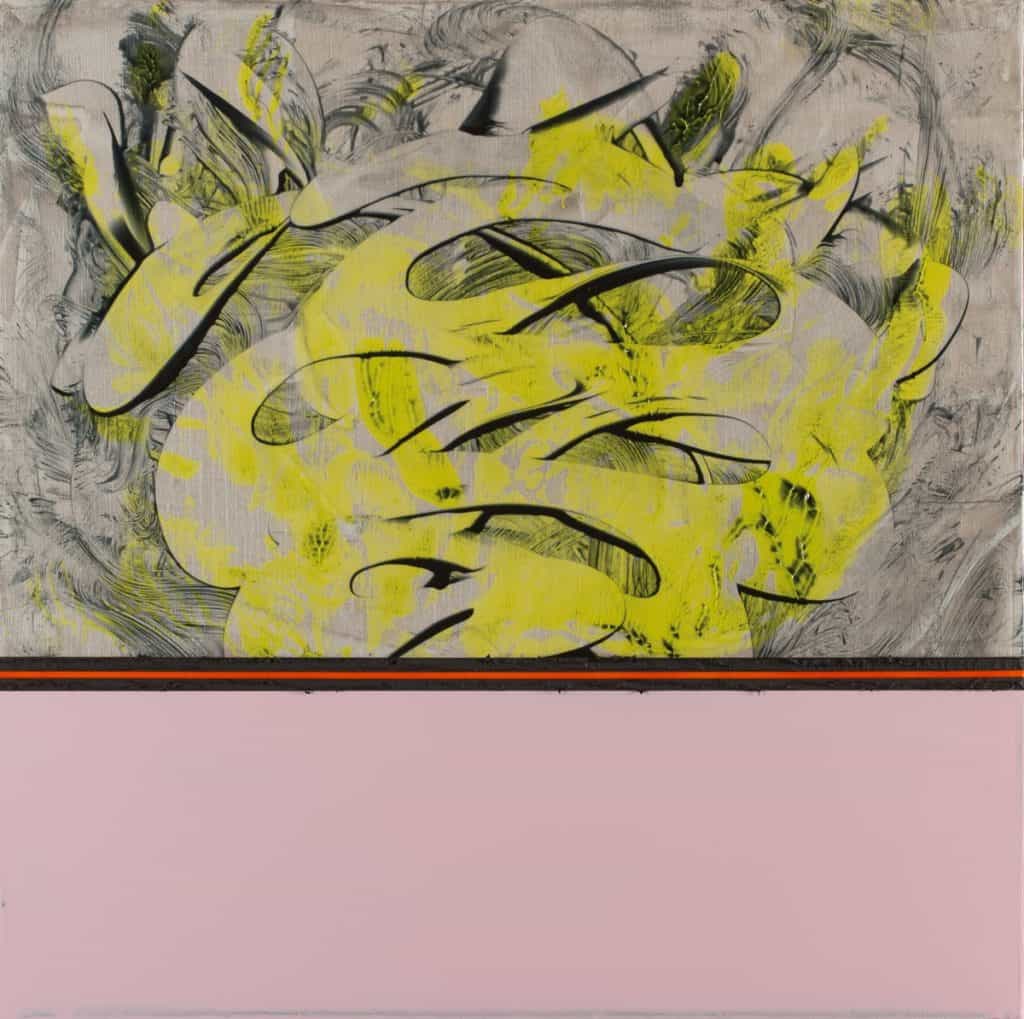 Amy Vensel “On the Other Hand” 2016, acrylic on canvas. “When I’m working I tape off different sections and the work accumulates its own texture and history…it sort of becomes its little piece of time, its own event. I move on to another section and at the end, it’s this collection of things that I see as events…sort of like the timelines on Facebook. It’s all this stuff coming together.”

As with most modes of abstraction, these artists produced pieces informed by their environment, whether they’re directly influenced or indirectly influenced by it. “The pieces aren’t derived from any single source but there’s an amalgamation of all the images I encounter.” says Amy, “it could be an element from an ad that I see on Facebook just as easily as the lines of the fencing on the farm down the street.” Conversely, other artists in the show produced abstract works which reflect a direct, even hands-on relationship with their environment. For example, Alyse Rosner, who’s been living in Connecticut for the last 18 years, “I use wood from my home, an oak tree stump from my backyard and sycamore leaves from my front yard, to generate my imagery. I create rubbings directly from those materials that become the first layer of my work.” 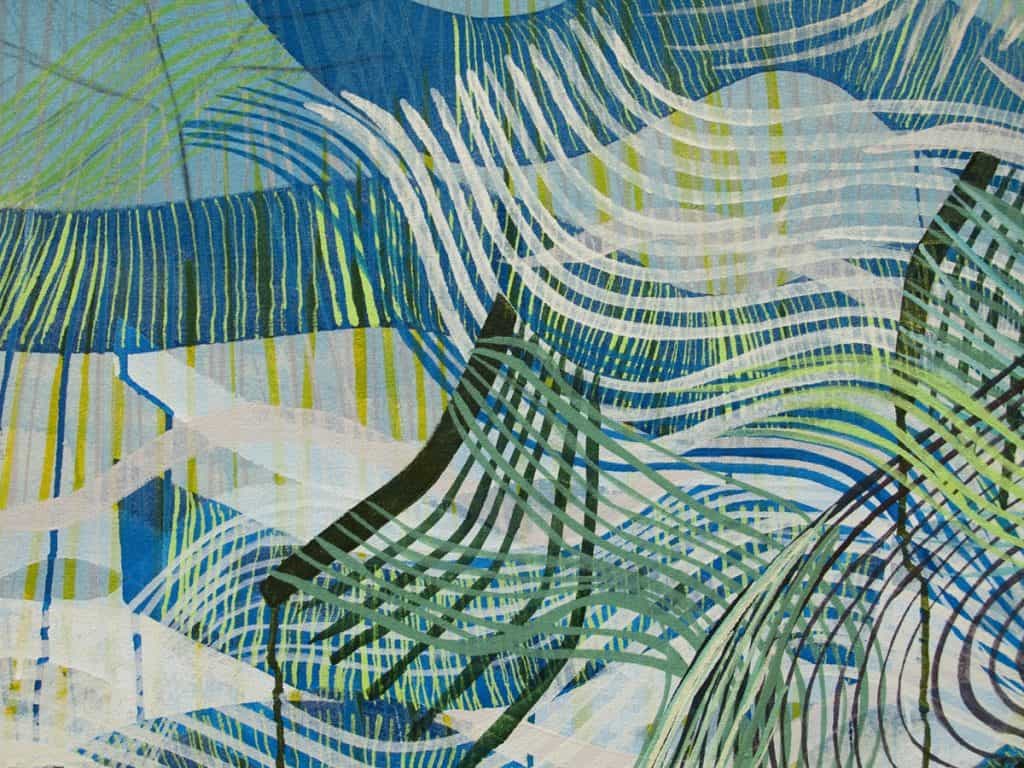 Alyse Rosner, “All At Once”

Regionality and stimulus from the physical world definitely seem to be important to these artists; however their abstraction also seems to be born from interactions gleaned from daily life. For example, the inspiration for Janet Lage’s work , pieces from the TRASHED series, isn’t exclusively rooted in the fact that they’re pieces lifted from the garbage heaps left on Chelsea side-walks during the post Hurricane Sandy chaos,  “Rather than being informed by specific locations…I find my path is mostly influenced by people and relationships and the crazy things we do to get each other’s affection and/or what we do to get rid of it.” 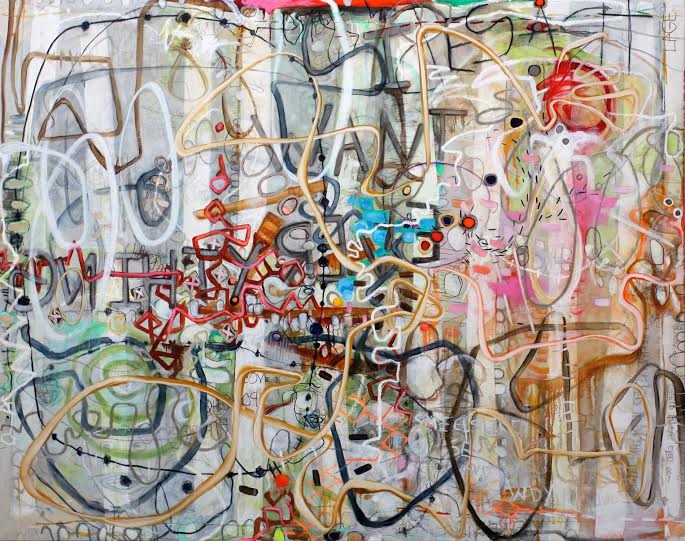 According to Rosa Valado, whose sculpture sits in the middle of the gallery space and reckons with paint brushes in three dimensional space, “all of the works further abstraction. They’re all a combination of plane and line with lots of layering with graphic qualities to it.”

Real Art Ways (RAW), is one of Hartford’s centers for contemporary arts and culture. Surface Works and two other exhibitions will be on view through September 11, 2016. 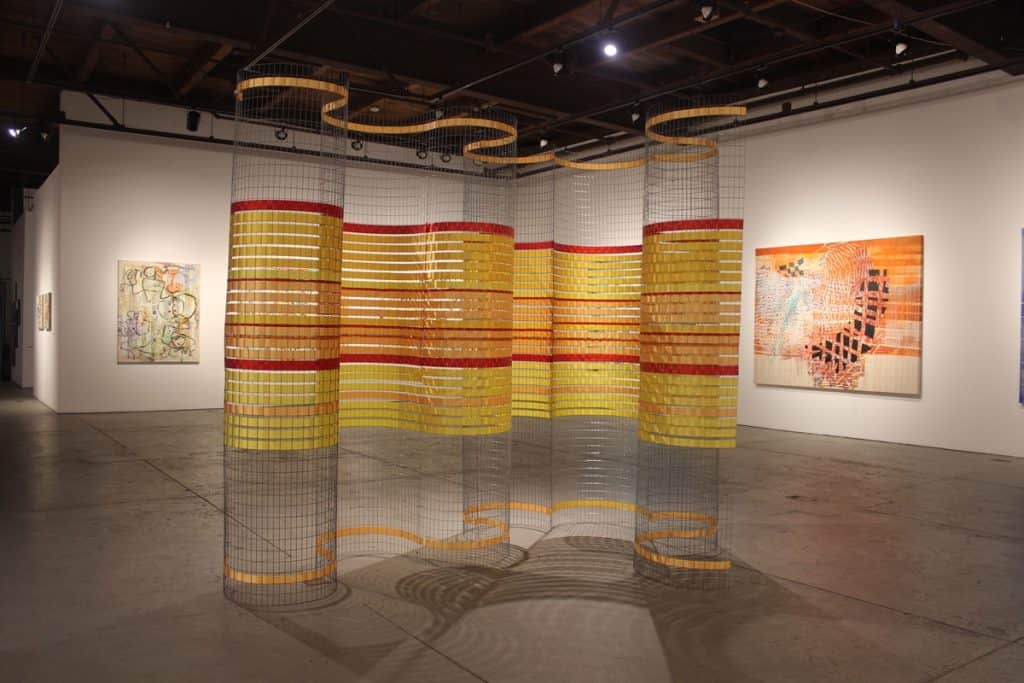