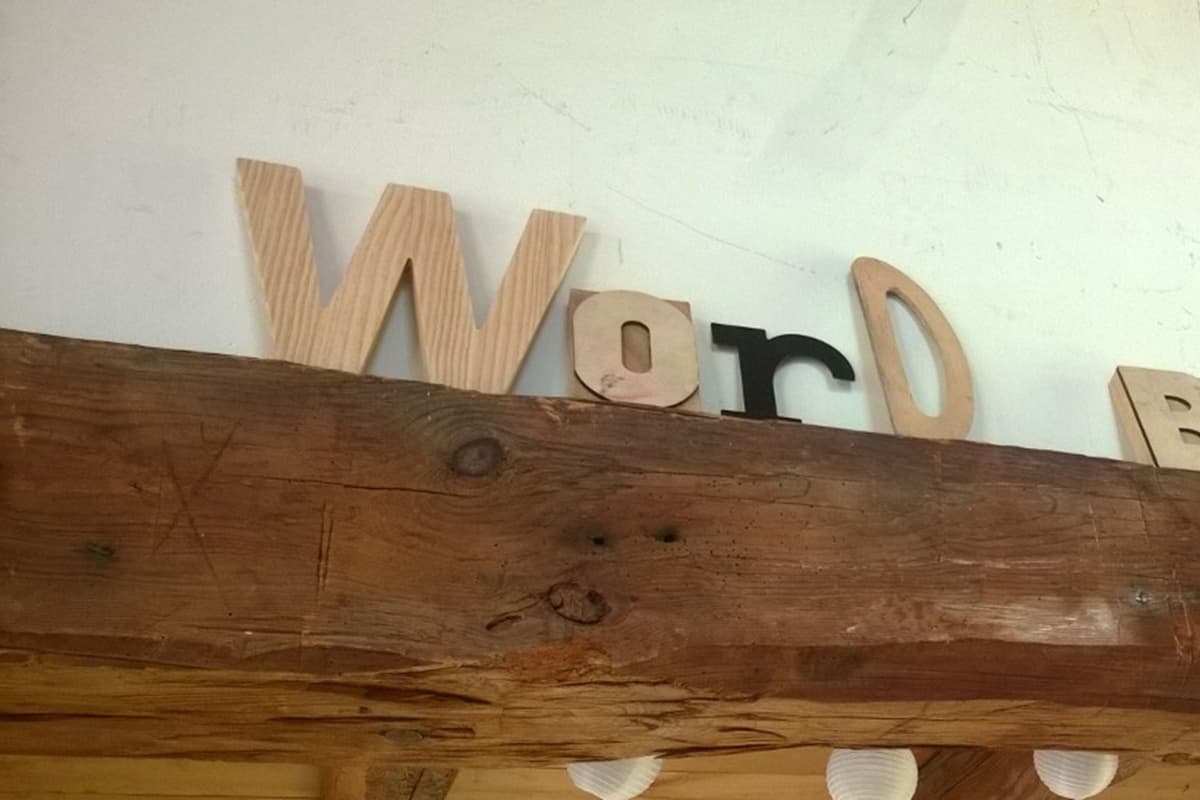 Welcome to The Word Barn – where renowned writers and literary aficionados gather to prove that, “poetry is everywhere.”

Many barns in Exeter, New Hampshire are used for storage and left to deteriorate with time, but writer Sarah Anderson is using her barn to bring new life into the area’s writing community.

“Welcome to the Word Barn,” she said to a room full of poets, writers, and other literary aficionados earlier this month at the inaugural evening of the Silo Series, readings by locally and nationally published authors invited by Anderson. 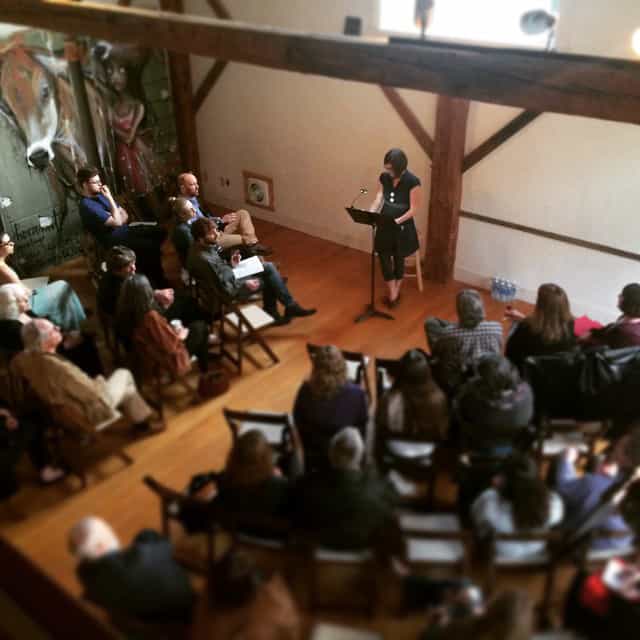 The Word Barn — the name Anderson has given the barn-like structure next to her family’s home — will eventually, she hopes, be more than simply a space for the Silo Series. She also plans to hold classes and workshops there. The space’s high knotty pine ceilings, tall windows, and clean white walls have the feel of a modern performance space combined with the intimacy of a good friend’s living room.

“My idea to create the Word Barn originated two years ago when my family and I moved to Exeter,” says Anderson. “Upon seeing the property for the first time, I quickly envisioned writing events taking place in the barn. I imagined a microcosm of all the writing centers I ever visited — the Bread Loaf Writers Conference in Vermont, the New York State Summer Writers Institute at Skidmore College in Saratoga Springs, the Warren Wilson MFA Program for Writers in North Carolina — and culling all of those powerful memories into a brand-new space for writers in Exeter.” 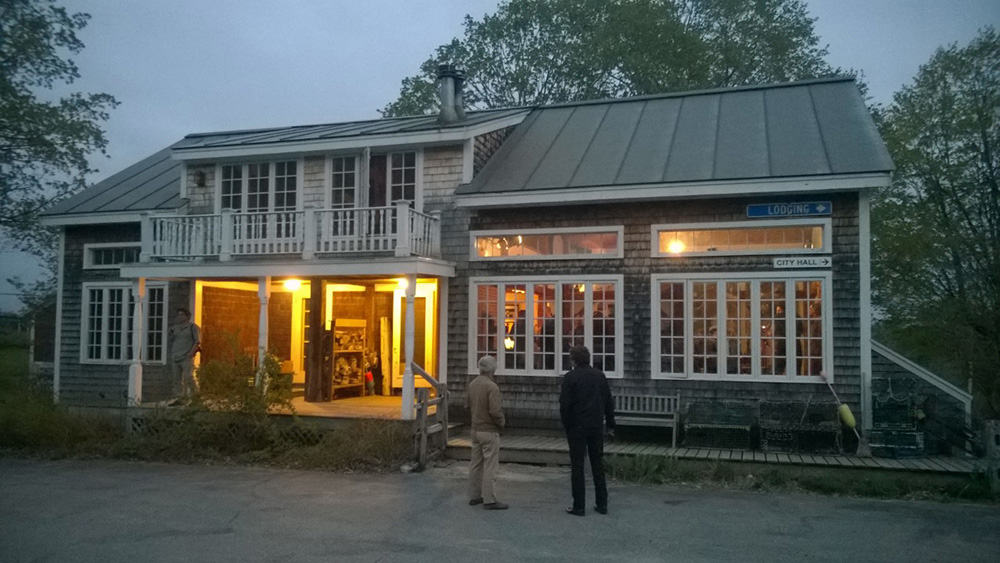 Anderson has lived in various parts of New Hampshire over the last 15 years and cites its rich history of poetry and writing as inspiration for her vision. “In every town I’ve lived in in New Hampshire, I’ve always been able to find a community of writers to network with,” she says. As a high school English teacher in the state, Anderson encourages her students to search out working writers and literary influences in their immediate surroundings.

Enthusiasm for the Silo Series was clear that first night. “I feel like I am stepping into a vision,” said award-winning poet Todd Hearon as he prepared to read his work under the waning light of the cathedral window. “We’ll remember this night as the beginning.”

Hearon was followed by other local and nationally recognized poets such as Jessica Purdy, S Stephanie, Maggie Dietz, James Rioux, Mark DeCarteret, and fiction writer Tim Horvath. There was a camaraderie among the readers, a shared experience of the struggle and triumph of stringing words together. 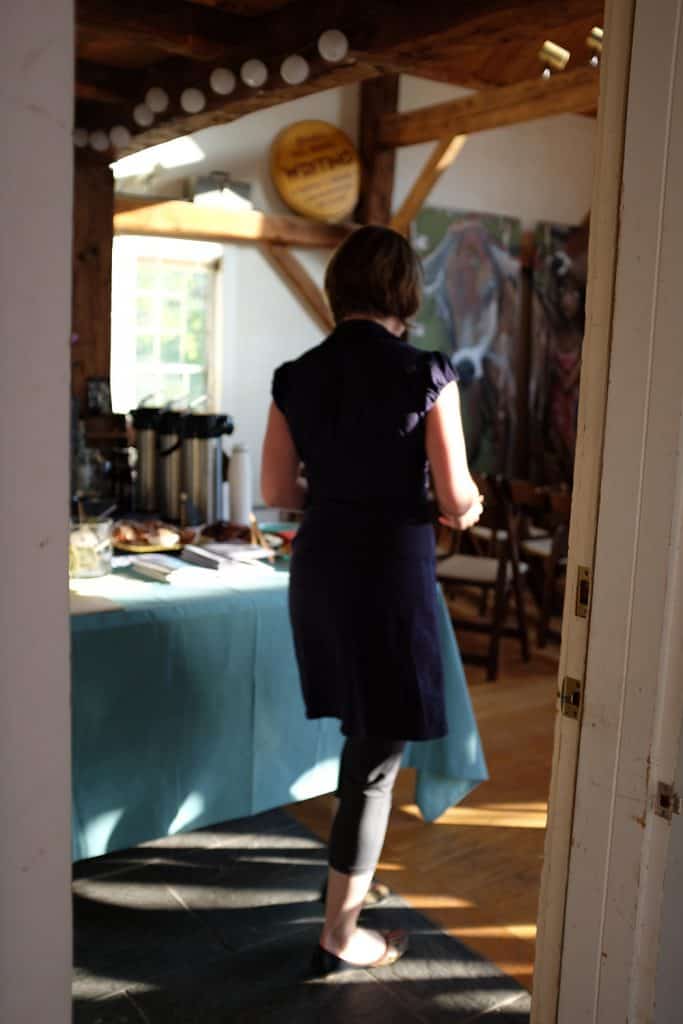 “Poetry is everywhere,” said Purdy, before reading a poem inspired by her Zumba class. DeCarteret was rewarded with raucous knowing laughter as he declared before one series of poems, “Most of these poems I’ve never read before…because they’re so good!”

The next Silo Series evening will be July 17. In the meantime, Anderson is exploring the kinds of workshops that could be offered at the Word Barn. “Although I am a poet myself, I really want to make fiction just as central in the Word Barn,” she says, and she hopes that the events she cultivates now will ultimately shape its future.

The Word Barn is located at 66 Newfields Rd. in Exeter, New Hampshire.