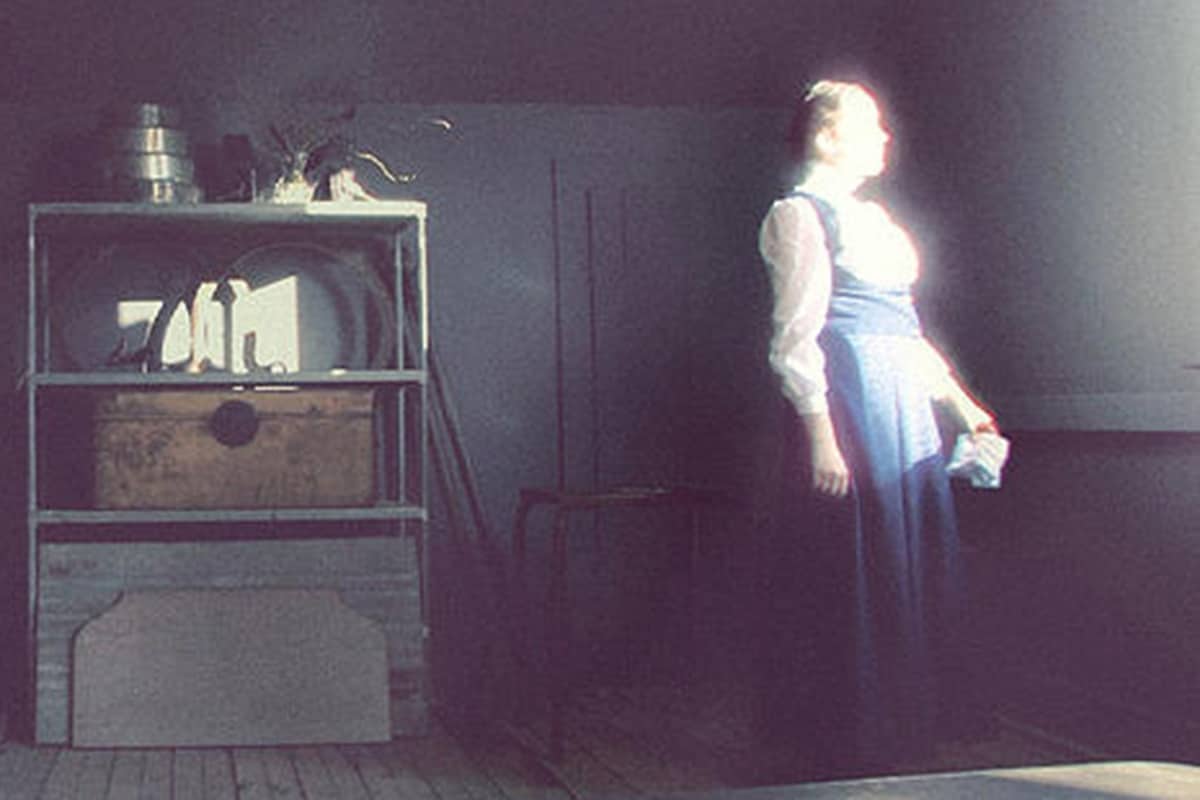 In the pseudo-industrial section of Portland, Maine known as Bayside sits a warehouse space that functions as a rehearsal spot, an art studio, and, occasionally, an informal all-ages venue. It is a space as celestially mysterious as its name, the Apohadion Theater. While there are countless stories to tell about this location and the artists that nurture it, one particular theater troupe that originated here — Lorem Ipsum Theater Collective — is making a name for itself. 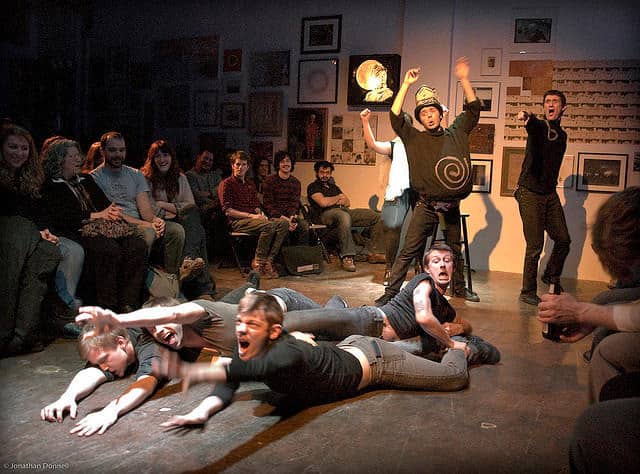 The story begins in 2010 when Tess Van Horn, a graduate of Sarah Lawrence and newly arrived actor, director, and producer, gathered a group of actors at the Apohadion to rehearse and produce Alfred Jarry’s Ubu Roi, a 19th century comedy as subversive as it is odd. Under Van Horn’s direction, the play used puppets, shopping carts, and exaggerated cardboard props to comment on the vulgar overindulgence of the bourgeoisie. A vivid and inspiring experience for those fortunate enough to catch it, the production was met with such tremendous response that soon after the troupe performed it again in front of another packed house at SPACE Gallery, also in Portland.

Until this point, Van Horn and her collaborators were “doing shows with no official organizational name,” explains company member Nick Schroeder. “People thought the name of the company was Tess Van Horn, and that was weird.” Lorem Ipsum — commonly recognized as Latin placeholder text used during design until the real text is inserted — is a name, he says, “that people can step into and inhabit that isn’t totally foreign, but it also doesn’t tell you exactly what you’re getting into.” 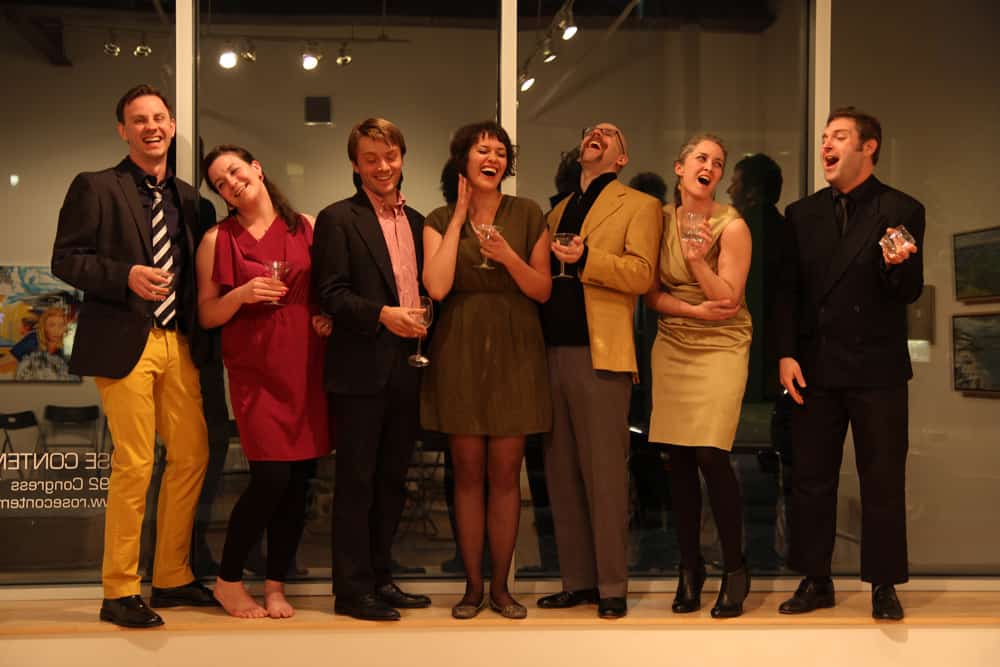 Lorem Ipsum proved itself worthy of its chosen name in 2011 when it ventured into street theater with a commissioned piece for a popular summer block party. The Pageant Wagon featured a mobile stage for a modern-day take on the medieval mystery play. Simultaneously, the collective was rehearsing Bertolt Brecht’s Threepenny Opera.

That multitasking is typical, Van Horn says. “We tend to overdo it a lot of the time and take on more work than we are maybe equipped to handle, but looking back, it always seems like the most exciting and creatively stimulating.”

Another notable piece produced by Lorem Ipsum, 2013’s Gargantua, was written by company member Ian Carlsen and performed at a transformed Urban Farm Fermentory. The play-within-a-play-within-a-play was beyond ‘meta,’ bordering on the absurd — and it was brilliant. The protagonist, Bolduc Bolduc, is a playwright and director desperately trying to bring to life his misunderstood masterpiece. With a beleaguered band of actors and a shoestring budget, he battles against the most imposing source of frustration — his sponsor, the Learning Committee. 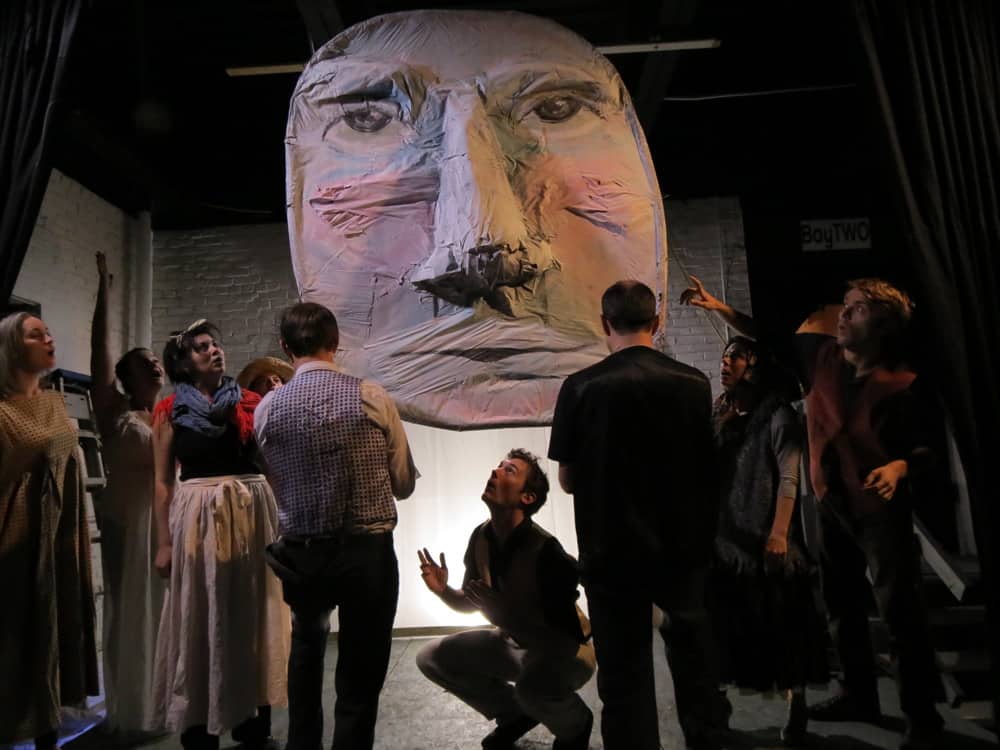 Beyond the variety of its programming, Lorem Ipsum differentiates itself by its decision to be a collective. The seven company members all take turns acting, directing, producing, and designing. “We try to keep things as democratic as possible,” says Van Horn.

Unlike other area theater companies with dedicated venues and season-long subscribers, Lorem Ipsum relies on word-of-mouth endorsements from enthusiastic allies working in many tourism-reliant industries throughout Portland. “Theater opens people up in ways that make them better listeners, better communicators, and more compassionate people, whether audience [or] performer,” says Schroeder. “I want a city of those people, whether they care about theater or not.”