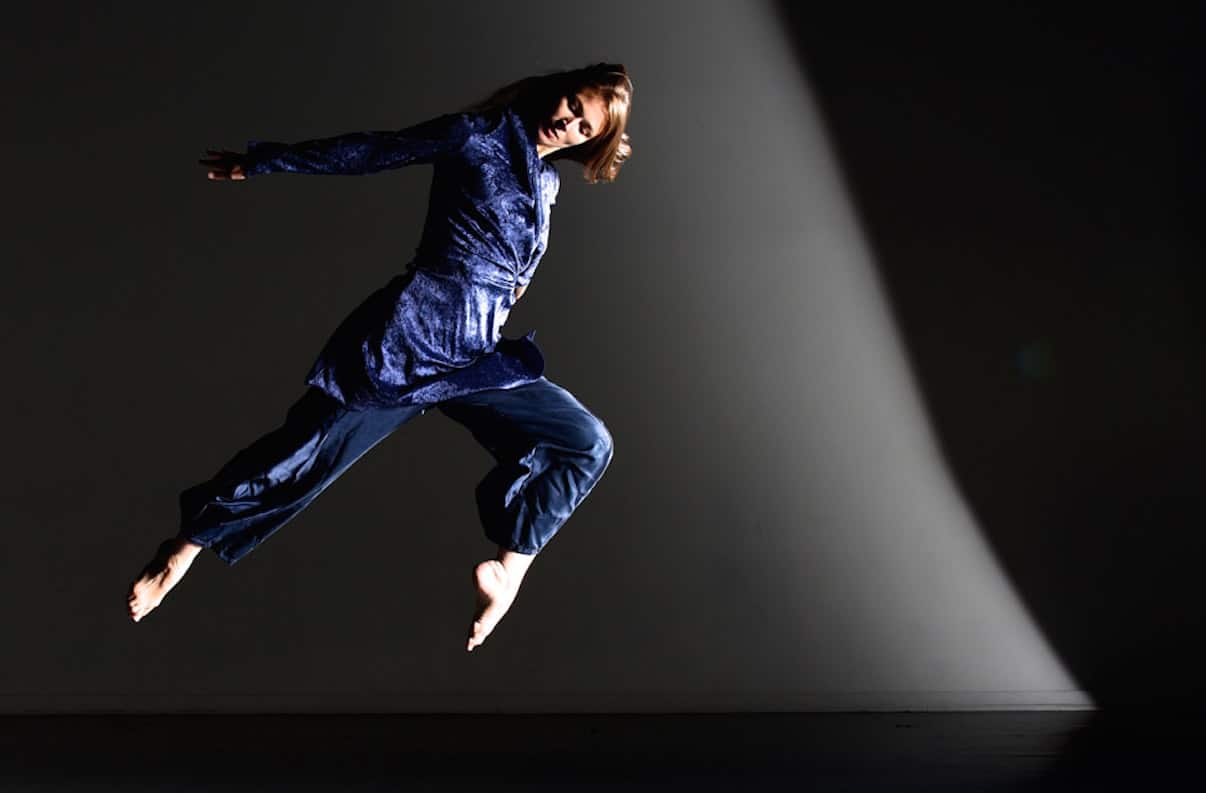 This southern-hailing choreographer finds inspiration for her site-specific performances in the terrain of New England.

Candice Salyers grew up in Nashville, but since moving to Northampton a decade ago, it is New England’s vibrant landscape that has inspired this innovative choreographer and performer. “I love the beauty of the landscape and the variations it goes through every year,” she says.

Salyers creates site-specific work incorporating that landscape. In a piece she did for the Vermont Performance Lab, she moved throughout spaces on a grassy expanse around the Creamery Bridge in Brattleboro and a narrow passageway inside it. On the ground, she stenciled in chalk words such as “Patience Is One Path to Gratitude.”

“It was about how we move through spaces in our hearts into something more open,” Salyers says.

Salyers will lead audience members through another space Oct. 29 when she performs near Brickyard Pond, moving into the Main Theater of Redfern Arts Center at Keene State College, New Hampshire. Called A History of Levitation, the piece includes seven solos exploring aspects of female sainthood. “Saints are love letters. They’re people who can love no matter what,” she says. 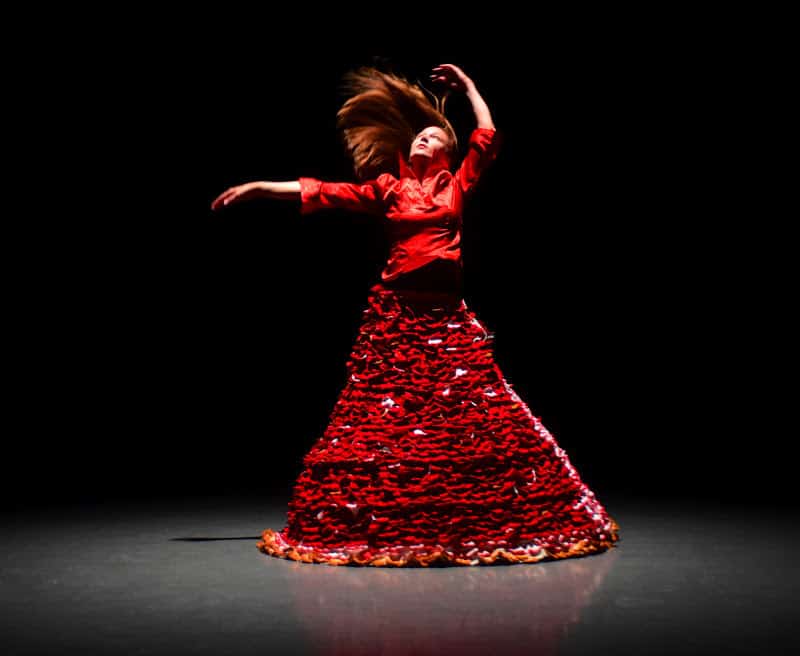 As a child, Salyers, a visiting professor of dance at Mount Holyoke College in South Hadley, dreamed of being a preacher. “But that wasn’t an option for me.”

Although she resisted when her mother signed her up for ballet lessons, Salyers later realized dancing was another way of being holy. “Dance has an interesting way of grounding spirituality,” she says.

Salyers, who is pursuing her masters of divinity, continues to explore the divine in dance today. “I keep trying to go beyond the misconception that God is separate from people. I want to know, how can I approach everything as a prayer?”

For the upcoming performance, Salyers and four collaborators drew from the lives of saints who embodied faith and perseverance. “I’m mostly interested in the task of putting oneself through extreme conditions,” she says. In one segment, she dances with rocks in her pockets as a metaphor for being weighed down but continuing to move.

“It’s designed so that there are doorways into it for everybody,” she says. “I hope it reminds people that they are doing something like this in their lives, that there is a way that they’re being brave.”