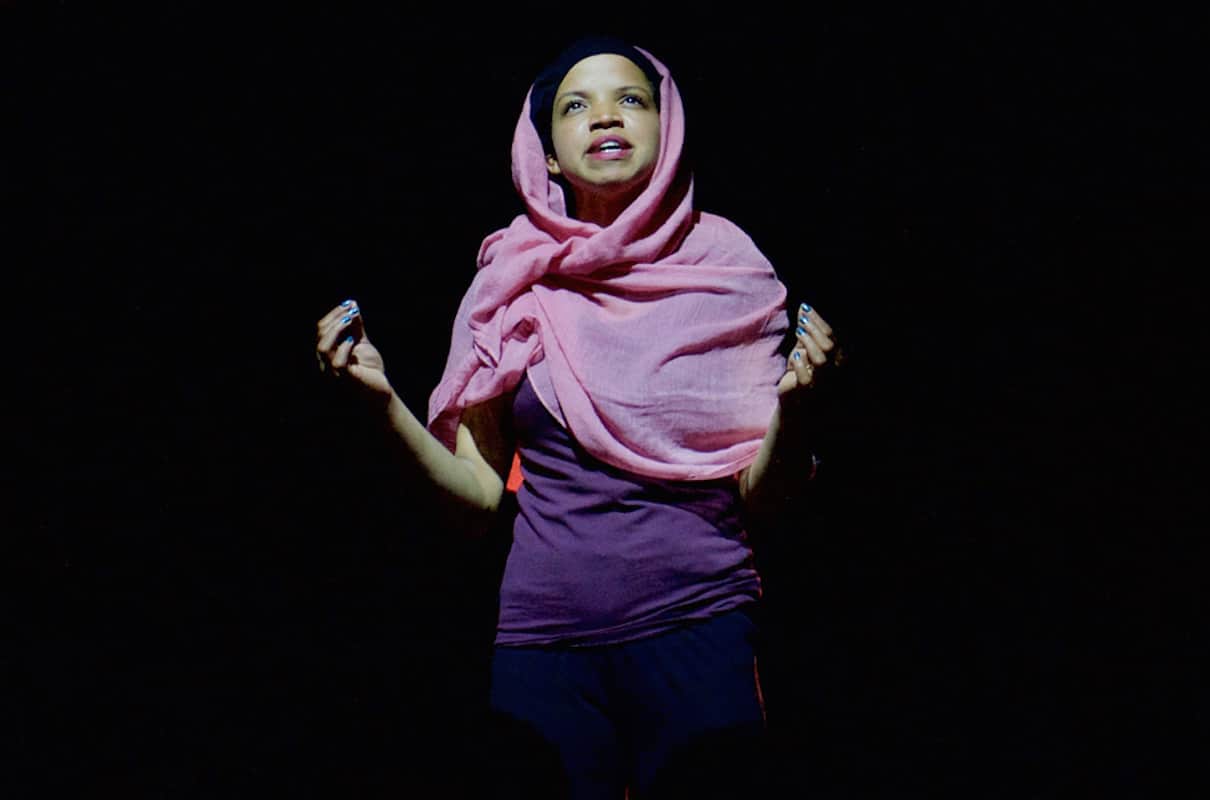 Didn’t think you’d find any New Englanders in Scotland for the Edinburg Festival Fringe? Think again!
I left for Edinburgh, Scotland earlier this month on a mission to find and report on as many New England theater artists as possible during my three-day tour of the Festival Fringe. For those who don’t know, the Edinburgh Festival Fringe is a month-long festival that makes Edinburgh the cultural center of the universe during that period. Surely a few New Englanders must be involved? Social media revealed almost nothing before I left; I would have to wing it. 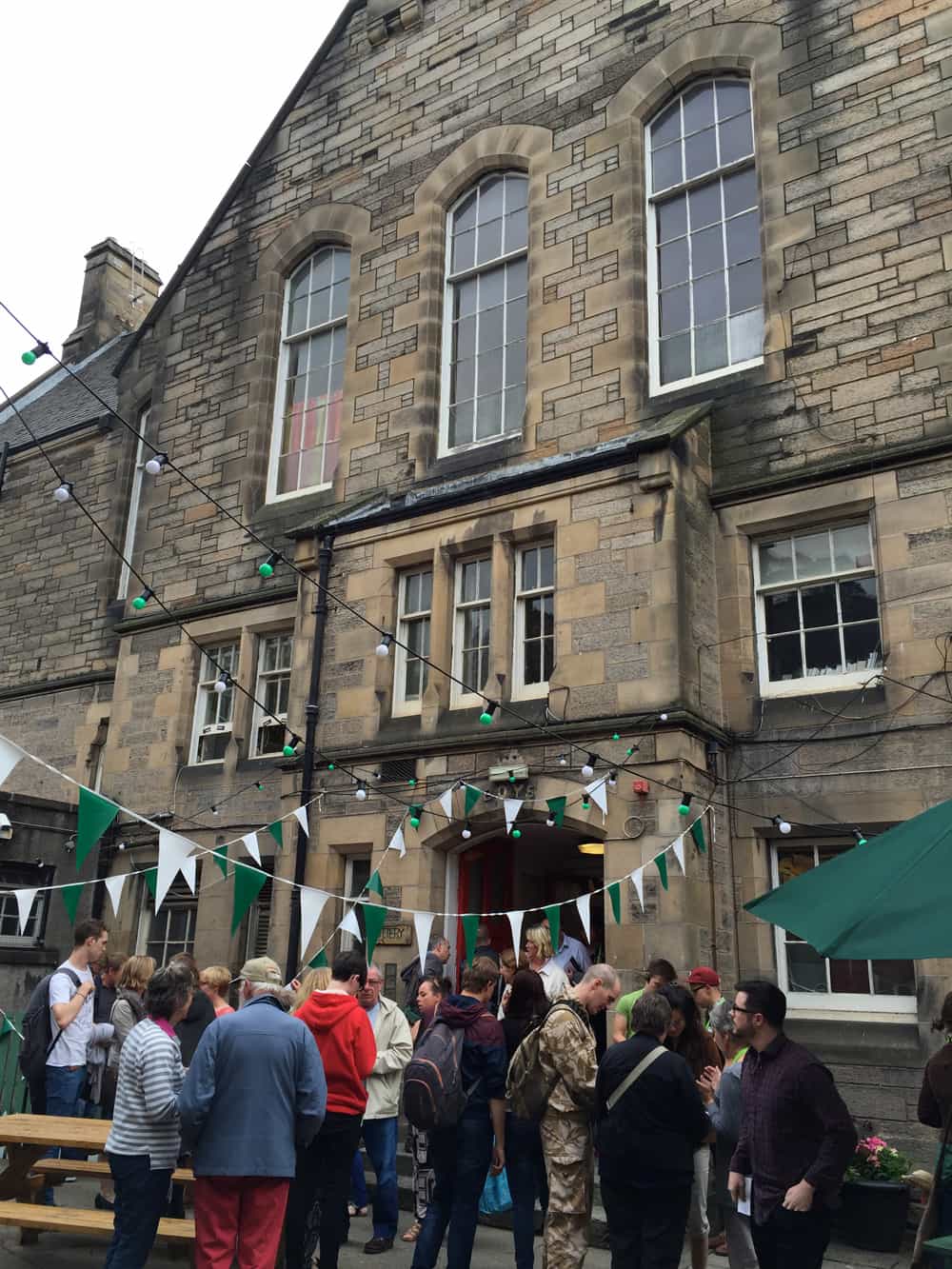 Fortunately, winging it is the essence of the festival. With over 3,000 separate productions spread over hundreds of venues, the atmosphere is circuslike. Plays are produced in and around the University of Edinburgh in pop-up spaces, lecture halls, converted classrooms, the student union — just about anywhere with a roof. People with all levels of theatrical experience vie for attention, as the entire city takes on a youthful Garland-and-Rooney “Let’s put on a show!” spirit. Shows range from high school productions to the outstanding professional LA-based company Phantom Owl. With only a little effort you can see a play from any part of the world: I saw productions originating in Australia, South Africa, the Czech Republic, the U.S., and Great Britain.

A festival highlight was White Room Theatre’s Bite-Size Plays, which featured the work of four New England-based playwrights: Patrick Gabridge (Quack), Christopher Lockheardt (Your Kiss Is on My List), Tom Coash (Veils and Ukimwi), and (full disclosure) me (Don’t Push the Red Button). 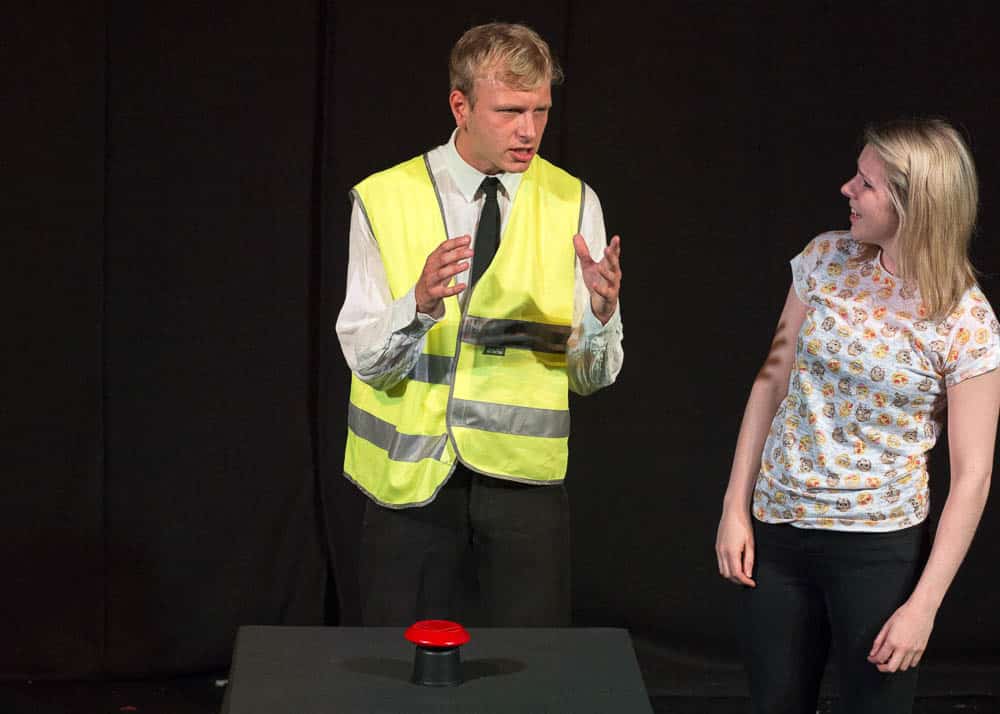 The Breakfast Show, or plays performed in the morning, shared a quirky aesthetic: in Quack, a young woman plays a duck who relates a little too closely to her owner; in Your Kiss Is on My List, a woman at a bus stop offers a fellow traveler the chance to kiss her; and in Don’t Push the Red Button, a passerby wants to push it, a security officer is charged with guarding it, and an existential meditation results.

Two evocative political works by Coash opened the Lunch Hour show. Coash, Gabridge, and Lockheardt are all acclaimed playwrights with worldwide productions, and Bite-Size Director Nick Brice presented their work with uniform excellence, a feat made more incredible by the fact that he directed all 18 plays in the series. 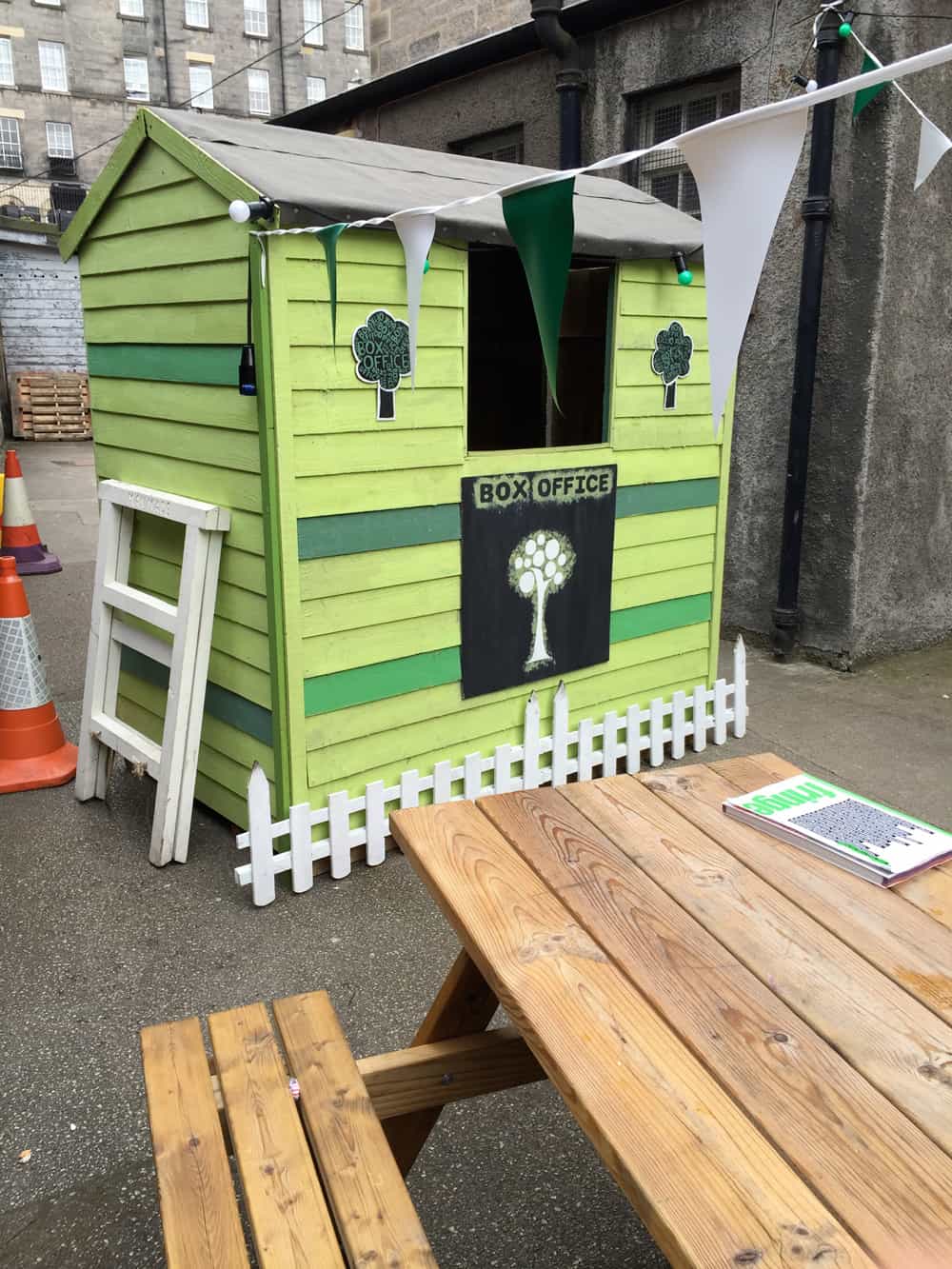 DeManbey says she finds the festival rejuvenating. “It’s great to experience such a wide variety of work to help me generate new ideas.”

For Frankenstein, artistic director Linda McInerney commissioned an adaptation of Mary Shelley’s famous novel from Lindel Hart. The show traveled to Edinburgh after workshops in Greenfield and Springfield, Massachusetts, and received centerpiece publicity in the Edinburgh Evening News. For McInerney, producing at the Edinburgh Fringe was about devoting herself to “a theater of meaning, and working with people I love.”