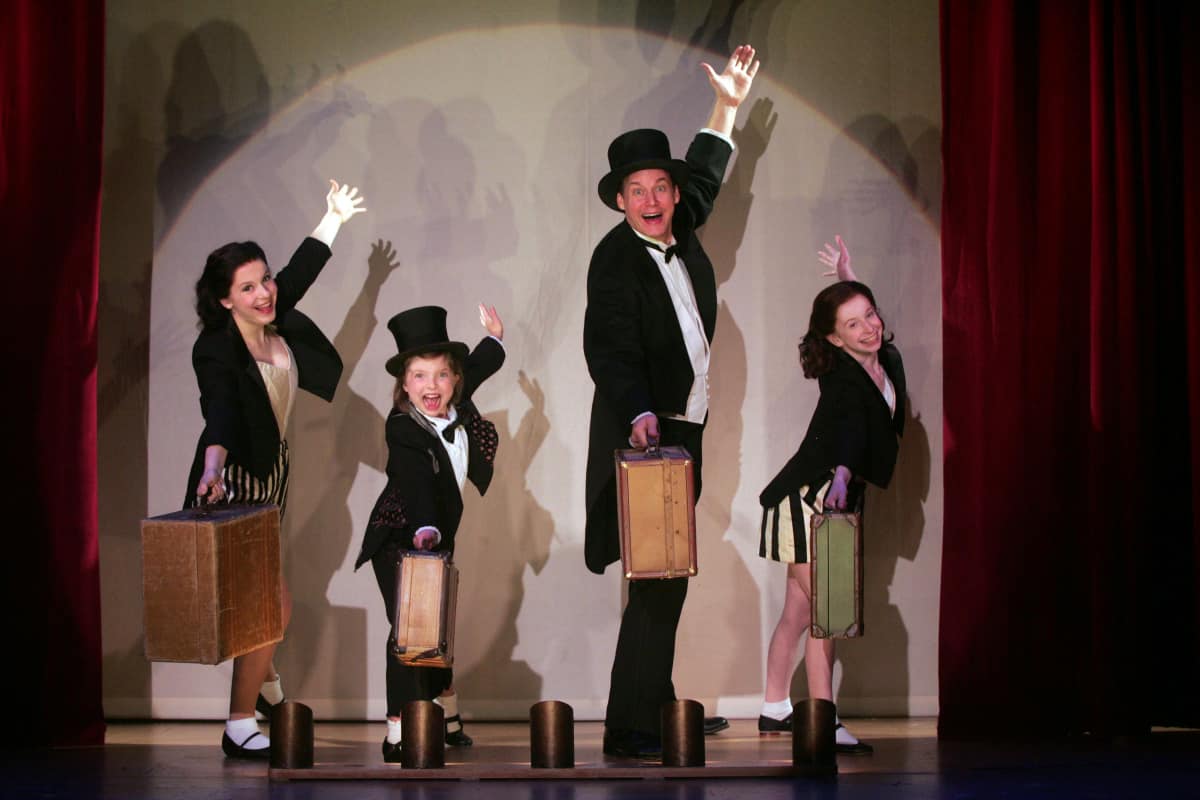 Godspeed Musicals bring a beautifully orchestrated re-telling of the life of Judy Garland before she hit it big with The Wizard of Oz.

Many impressive visitors have walked The Yellow Brick Road to Oz and Broadway from The Wiz to Wicked. The Wizard of Oz’s fabled movie’s star Judy Garland has been a character in The Boy From Oz to End of The Rainbow. Goodspeed Musicals’ new musical, “Chasing Rainbows: The Road To Oz” tells the story of Judy Garland before she became the international legend in movies like A Star is Born, and Meet Me in St. Louis, and in concert.

Conceived by Tina Marie Casamento Libby, with book by Marc Acito, and period music adapted by David Libby, “Chasing Rainbows” tells about Garland’s early days appearing in vaudeville as a family act, before being discovered by MGM as a teen, and paired in two dozen films, including nine with Mickey Rooney, before playing Dorothy in The Wizard of Oz at age 19. In Acito’s script, a conception of Tina Marie Casamento Libby, Garland is portrayed as the girl-next-door with the big voice, captivating and ready for stardom. There are also hints of the Garland-to-be, with the low self-esteem and the victim of studio manipulation, where she’s given diet pills to slenderize her and energy pills to keep her on her toes.

Acito’s book is solid, and the period music adapted by David Libby, beautifully orchestrated by Dan DeLange, uses some period music to great effect, from the expected “Over The Rainbow” to an unexpected version of “If I Only Had A Brain”. Michael O’Flaherty’s music direction is terrific, and some of the old chestnuts sound vibrantly fresh. Tyne Rafeali’s staging is fast-paced, and Chris Bailey’s choreography.just swings with style, particularly in the first act’s “All Ma’s Children” and the second act’s rousing “Swing Mister Mendelssohn”. 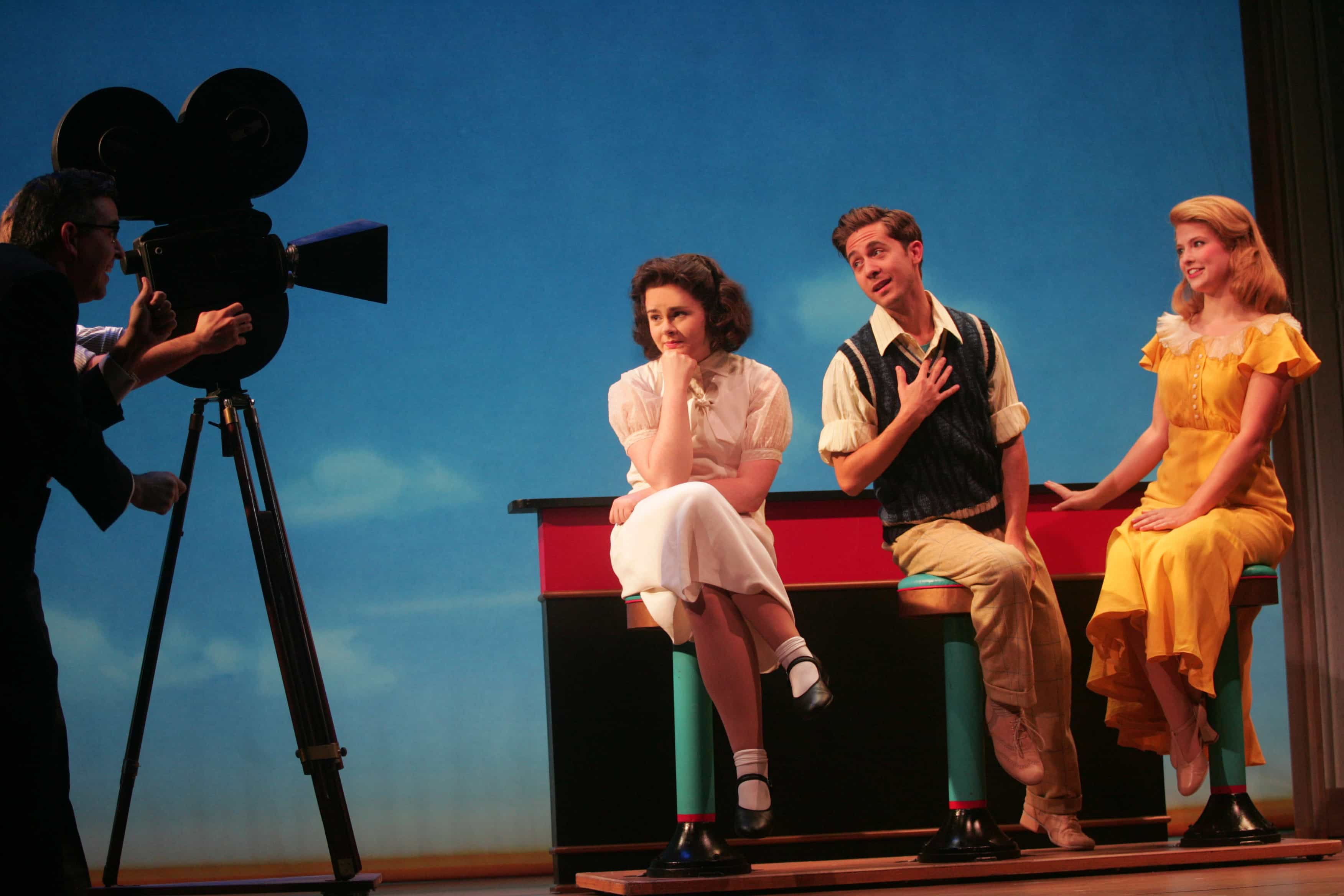 Ruby Rakos is an astounding Judy Garland, with a huge voice. Ella Briggs was delightful as a very young Garland. The cast is a mix of veterans, like Karen Mason as L.B. Mayer’s secretary, and Michael McCormack as Mayer and some up-and-coming talents like Kevin Earley as Garland’s father, a troubled man, who turns the song “Chasing Rainbows” into one of the show’s several tour de force moments. I liked all of the performances and the smooth moves of the ensemble.

Michael Wartella, as Mickey Rooney, gave one of the best musical theater performances I’ve seen this year. He’s a nimble dancer, smooth singer, and total charm. He’s also a Western Massachusetts guy who learned his craft in area theaters, which made his first class performance even more special to watch.

Goodspeed Musicals and the creators of “Chasing Rainbows” have high hopes that this production will move on to other theaters, with Broadway in sight. It has a future, especially if Ruby Rakos, Michael Wartella, and Kevin Earley stay with the production. Those three could keep the lights of Broadway shining brightly for a long time. 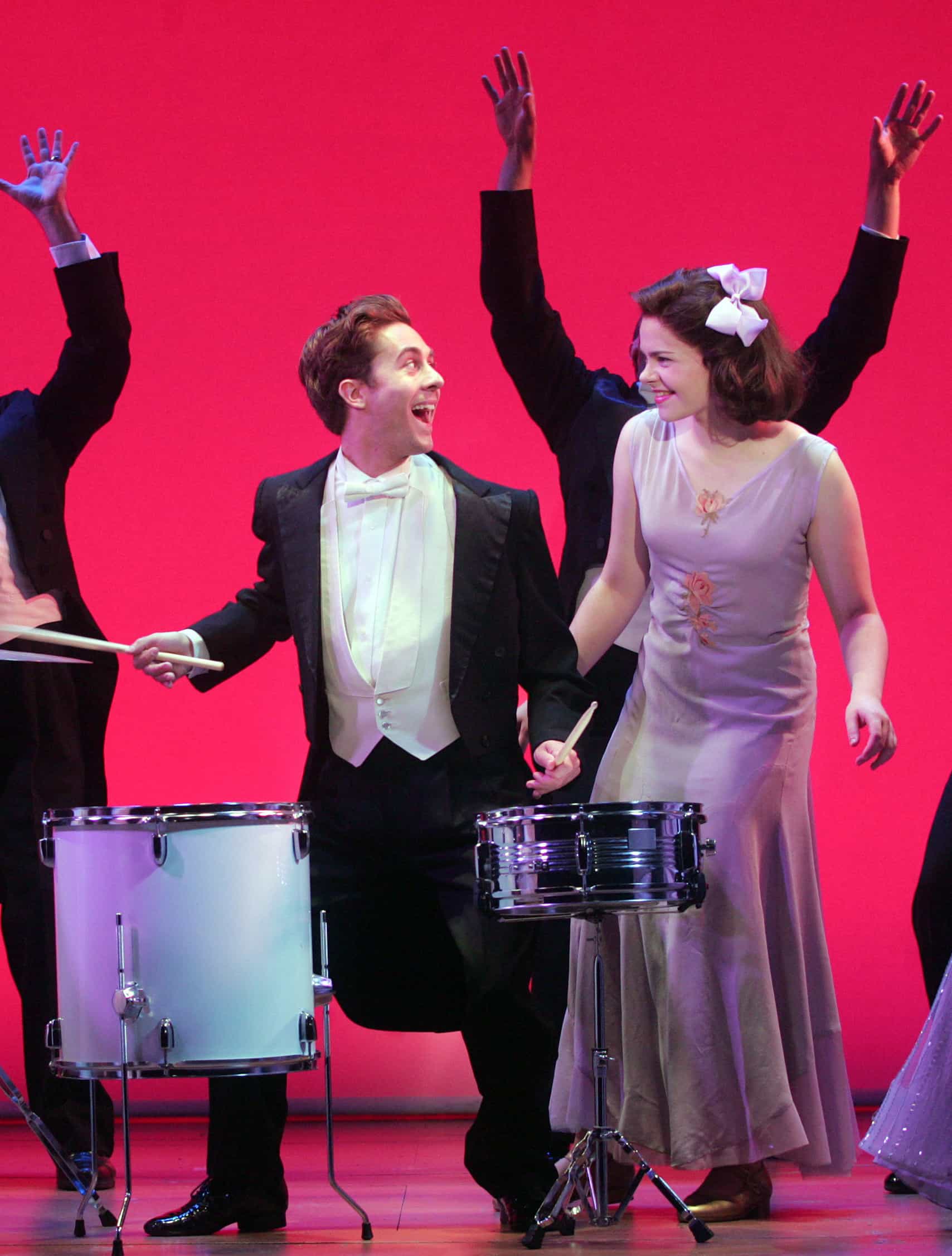 Ruby Rakos as Judy Garland and Michael Wartella as Mickey Rooney in “Chasing Rainbows: The Road to Oz.” | Photo by Diane Sobolewski.

This review originally ran in the Westfield News Group