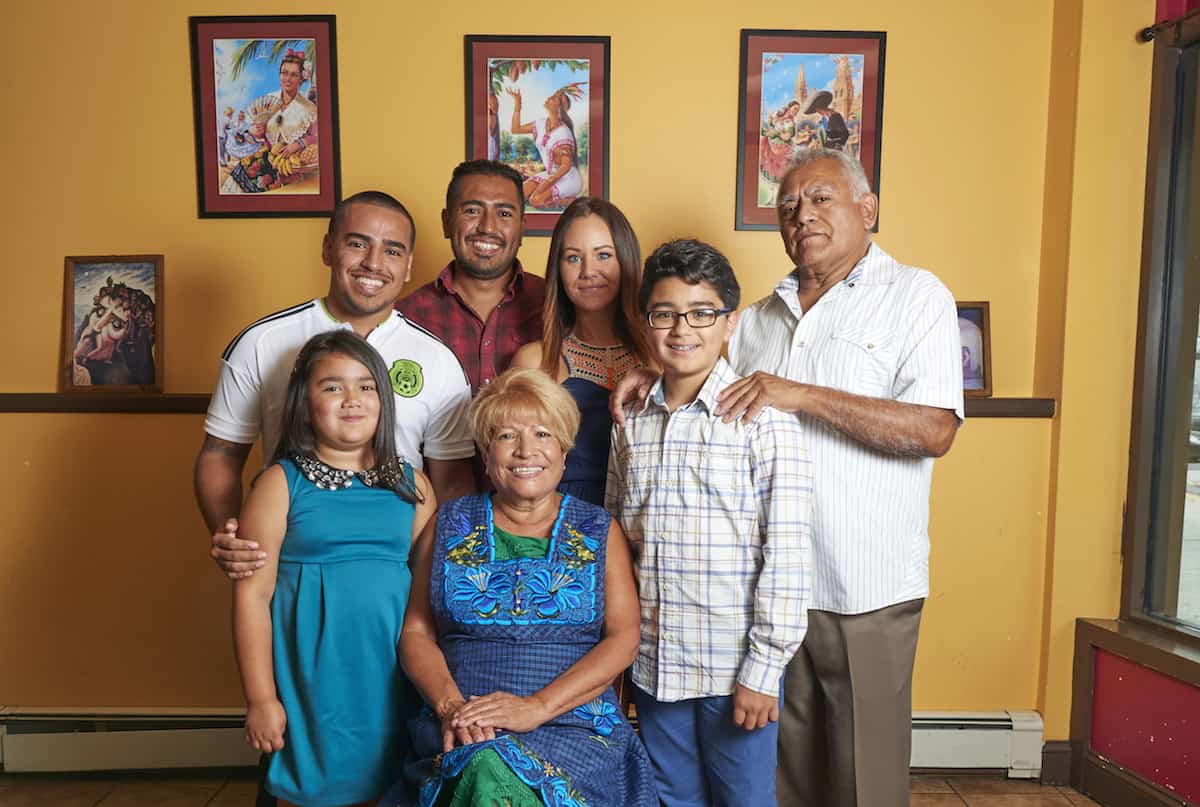 Each time the door opens to El Rancho Grande, the same phrase rings out: “Is Doña Maria here?” The answer, invariably, is yes.

This article originally appeared in our November 2015 print issue.

Because it only takes a few visits to this small taqueria in the Olneyville section of Providence, Rhode Island, to realize that Maria Meza—the Doña Maria in question—is this restaurant’s heart and soul. When Meza steps out of the kitchen, friends and regulars greet her with hugs and kisses as the littlest guests rush to her as if she is their abuelita. Meza may be slight of build, but in this world she is larger than life.

The restaurant itself is homey, with about 10 tables and a six-seat bar guaranteed to satisfy serious tequila and mezcal aficionados. The brightly colored room is adorned with a blend of art from Mexico, framed accolades from the local press, and a TV to ensure that no one misses a single Liga MX soccer match. The soundtrack is a who’s who of Mexican music, with hits like Vicente Fernández’s “Por Tu Maldito Amor” in regular rotation. And the taqueria is named after the title song of the classic 1936 Mexican film Allá en el Rancho Grande. 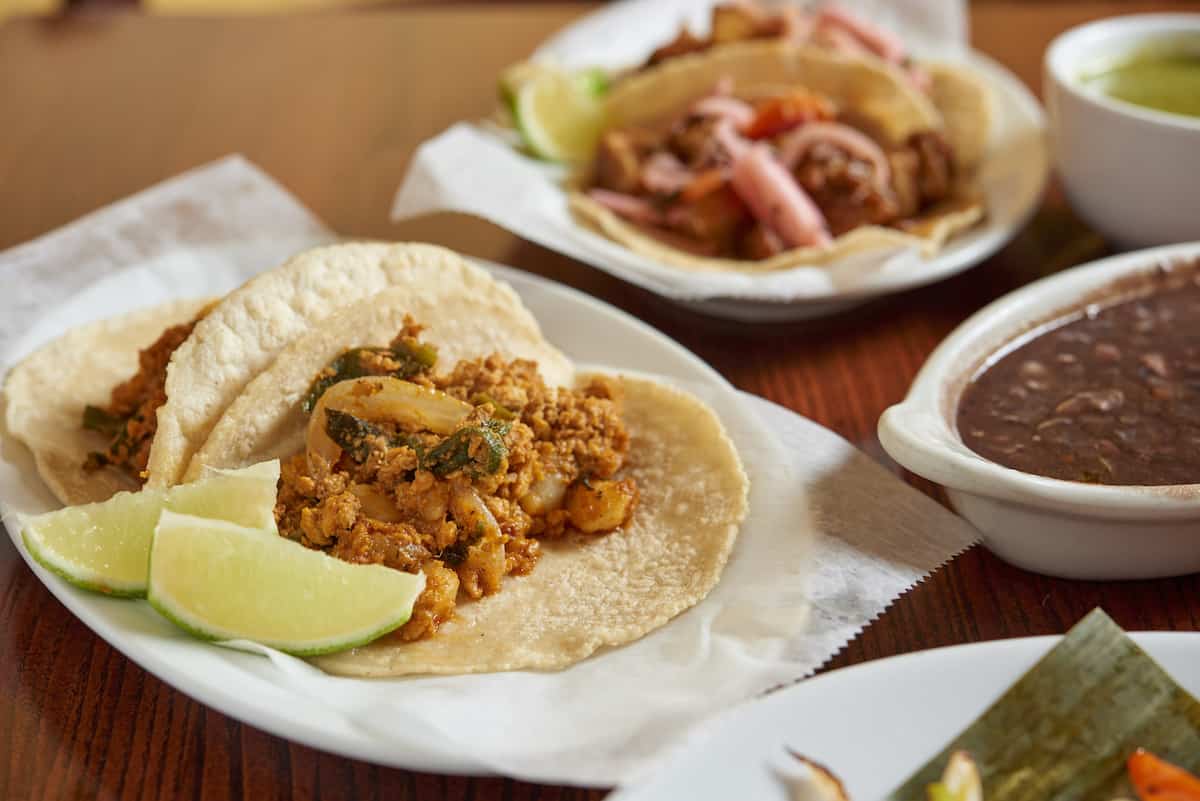 The smells of Mexico emanate from the kitchen. Hints of chocolate, cinnamon, chiles, and cilantro, and the rich aromas of the al pastor on the trompo are integral to Cocina Poblana—the cuisine of Meza’s native Puebla that is famous for its mole: a rich, spicy sauce tinged with chocolate and several types of hot peppers.

While the authentic food of El Rancho Grande has lured guests through the doors for eight years, it is the hospitality of the Meza family—led by the indomitable Maria—that has created a devoted legion of diehard fans. Maria is joined by her husband, Joaquin, and sons in running the business.

Maria tells the story during a break from the kitchen. Having recently returned to Puebla from a seven-year stint living with her sisters in New York City, she invited Joaquin to lunch and prepared the only specialty she knew: tuna fish sandwiches and Lipton soup made from packets she had brought back from the States. Joaquin reached into the cloth-wrapped basket on the table expecting the traditional tortillas, only to find the very nontraditional tuna fish sandwiches. To Maria’s dismay, Joaquin announced, “I’m sorry, but I don’t like tuna fish.” Joaquin summoned Maria’s younger brother and instructed him to retrieve lunch for four from the fonda down the street. Her brother returned shortly with two baskets loaded with traditional Mexican food. That day Maria said to herself, “That will never happen to me again,” and she set out to learn all she could about cooking from her aunts and friends. 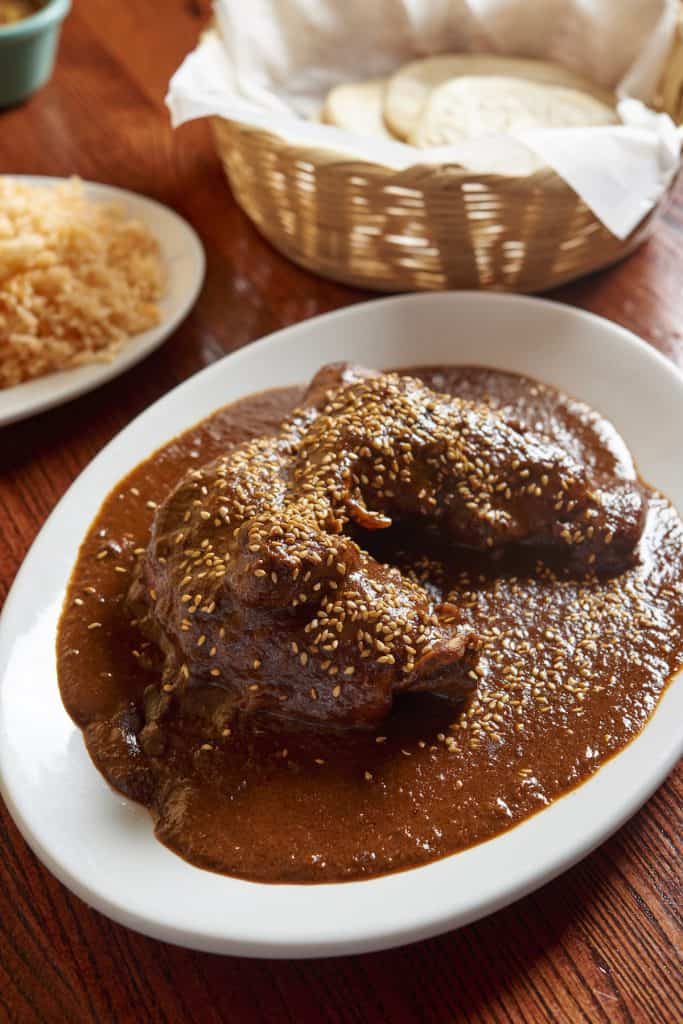 Joaquin and Maria married the following year. In 1984, after finishing his military service, Joaquin moved to New York City to work. Maria remained in Puebla working as a hairdresser until 1992, when she and children Isobel, Joaquin Jr., Jose, and Marco moved to the States to join Joaquin. They followed other family members and settled in Providence, where Maria and Joaquin spent the next 14 years working in a casting factory that made jewelry.

During that time, Maria talked frequently about her desire to open “a little taco place.” When she and Joaquin lost their jobs in a factory layoff, they started the search for a spot to make that desire a reality. In 2005 Maria found a vacant space on the first floor of a house on Plainfield Street. However, the property was for sale, not for lease. The Mezas’ savings would never cover the price of the house as well as costly restaurant construction. That’s when Joaquin Jr. and his wife, Kimberly, agreed to help buy the place, putting their own dream of home ownership on hold to help Maria start her business.

It took the Mezas an arduous two years to renovate the space and get all the permits required to open a restaurant. They did everything themselves. Joaquin Jr. and his father-in-law, who worked in construction by day, spent their evenings building the restaurant with Joaquin Sr.’s help. Meanwhile, Maria navigated the red tape of the licensing process. Their permits were only days away from expiring when they finally opened El Rancho Grande on Cinco de Mayo 2007. After a celebratory day of a mayoral ribbon cutting, mariachis, and folk dancers, El Rancho Grande closed for the evening, having sold every morsel of food Maria had prepared.

El Rancho Grande’s connection to the community continues to this day. “Don Joaquin” rotates between helping in the kitchen dish pit and greeting regular guests tableside. Sons Joaquin Jr. and Marco, reticent participants in the restaurant at first, are now regular faces behind the bar. Marco, who at one time wanted to be a pastry chef, now finds his creative outlet through cocktails. Joaquin Jr. is quick to say that the restaurant has become a part of him. 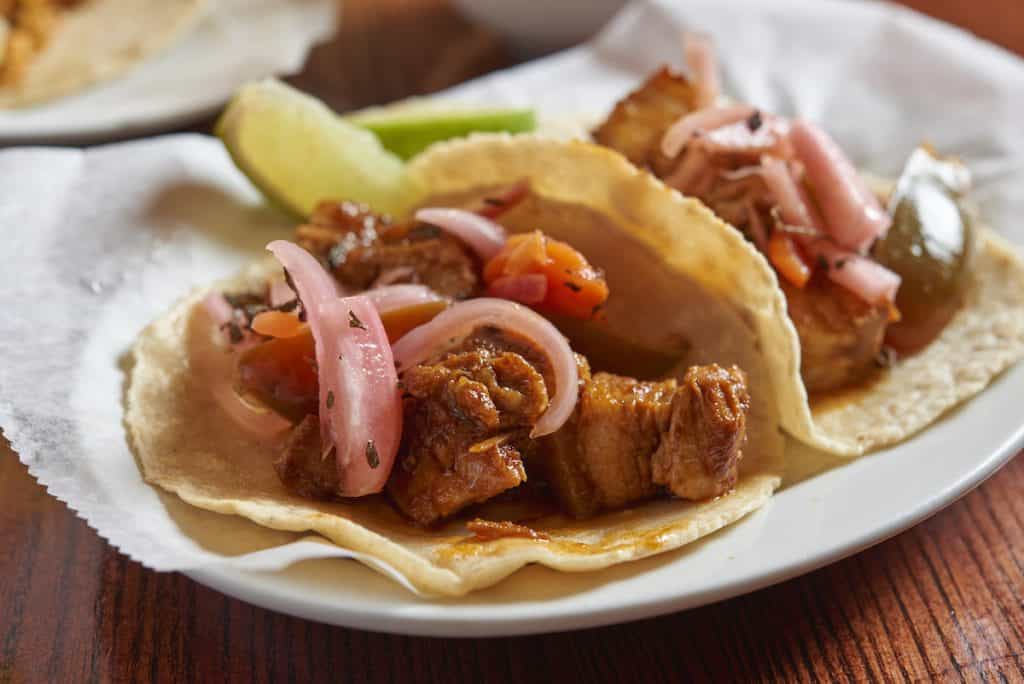 Together with their mother, the brothers are considering the future of El Rancho Grande, including the possibilities of a second location and the bottling of Maria’s delicious mole. “We didn’t have a background in this business, but we knew we could learn,” says Joaquin Jr. “We always knew this would be a stepping stone to great things.”

Marco adds, “My mother cooks the food that she would make for you if you came to her home. Her greatest satisfaction comes from seeing people happy with the food she has prepared for them.”

All photography by Dominic Perri Photography