Quilts are tangible records of American life, a tactile method of storytelling. Anna Von Mertens’ bold conceptual quilts tell more than stories: they’re hand-dyed, hand-stitched reflections on existential questions about time and space. “Time plays a key role in my work,” she says. “I’m drawn to existential or time-based scientific data. Looking, observing, quantifying and naming—it’s not dissimilar to the artistic process of looking and seeing.”

Originally a printmaker, Von Mertens, who lives and works in Peterborough, New Hampshire, received a bachelor’s degree from Brown University. She stitched her first quilt in college and was transformed. “I just fell in love with the medium,” she says. “There are all these associations with quilts and if you take an idea, then translate it through quilting, you see things in a different way.” Von Mertens explored her passion in the textile department at the California College of the Arts, receiving a master’s degree in fine art.

Marriage and family eventually brought her back to Peterborough and the east coast. She explored the dichotomy between her east coast roots and west coast sensibilities in an early quilt series called North, South, East, West, depicting each region as energy patterns; the east coast was portrayed as a black hole. “I saw the east coast as an introverted landscape and the west coast as extroverted,“ she says, “but it wasn’t meant to be a definitive statement.” 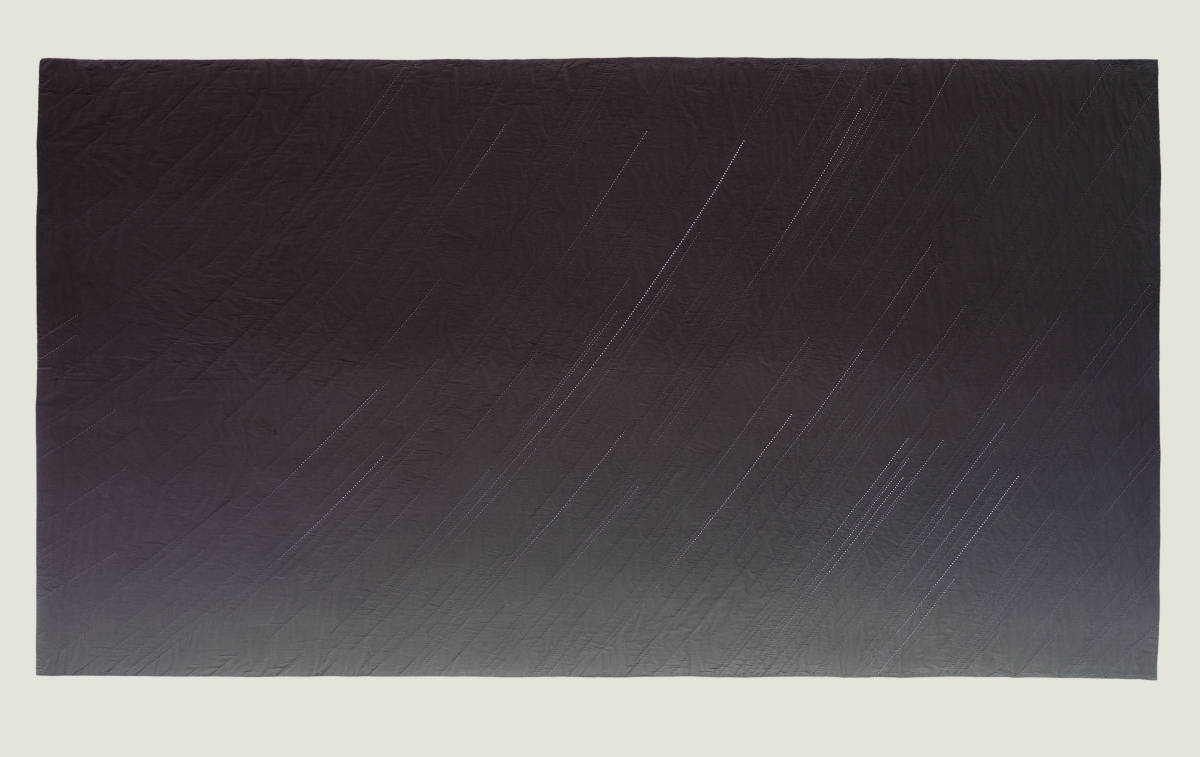 Her studio, in a former textile mill in Harrisville, New Hampshire, helps create a sense of place. “It’s a wonderful place to work and the history feels very present,“ she says. “I’m in a section where the textile looms were.”

Von Mertens uses scientific phenomena to interpret events, thorougly researching and immersing herself in a subject before, and while, creating her work. She designs her patterns on a computer, then uses a projector to transfer the patterns to hand-dyed fabric, outlining them in chalk; then she stitches the outlines. Her favorite body of work mapped stars above violent historic events in U.S. history, such as September 11, 2001 and the Tet Offensive during the Vietnam War. “It links these questions of time and our place and perspective to it,” she says. “I sited the viewer at the act of violence in a way you’re removed from it but in the moment.” 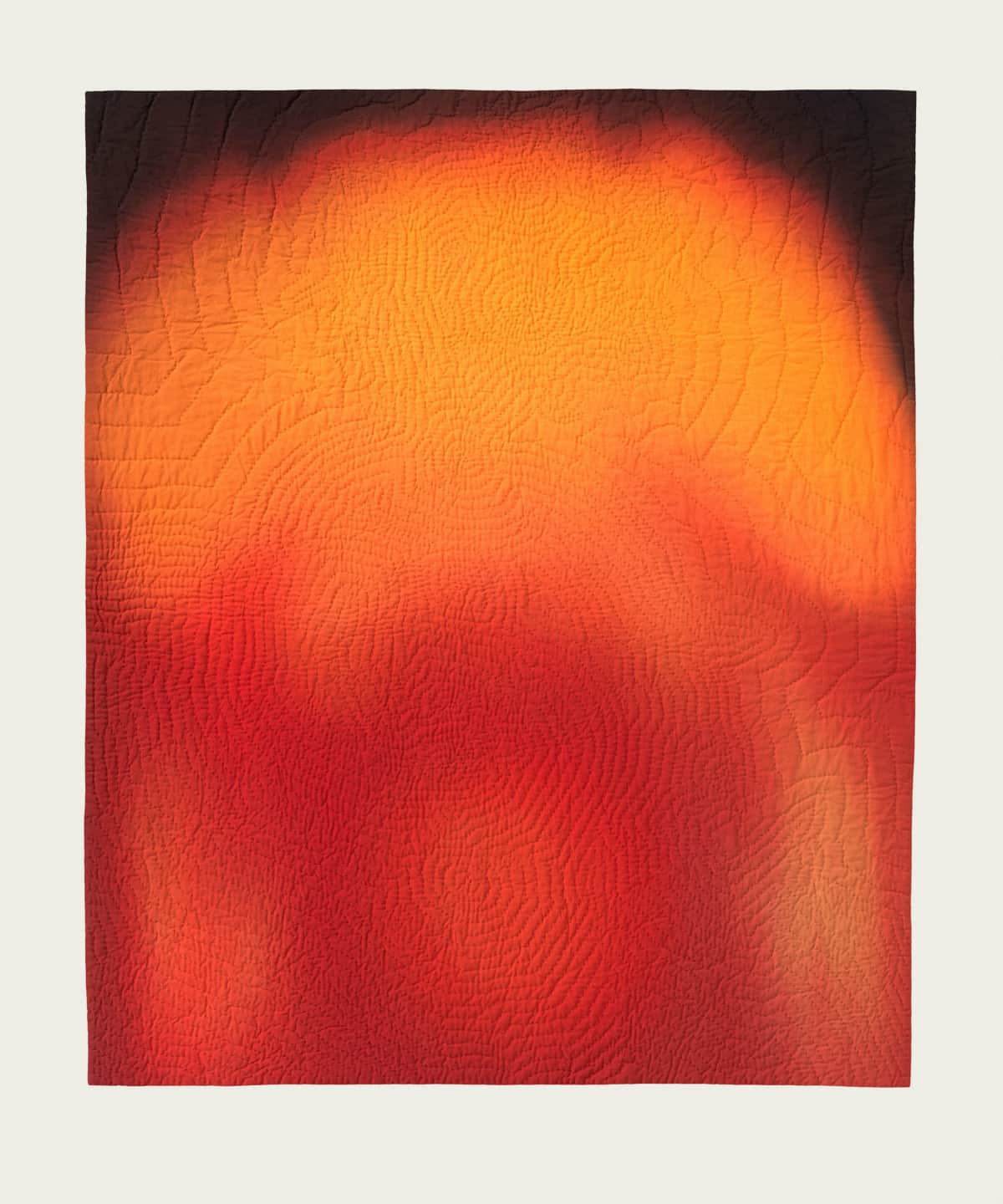 Her next project is inspired by her daughter’s fascination with phone emojis. “I’m looking at emojis and how they’ve become a language we’re making together,” she says. “My daughter thinks they’re amazing. It’s like a visual art language.”

Von Mertens’ work is in the collections of the Museum of Fine Arts, Boston; the RISD Museum; and the Smithsonian American Art Museum’s Renwick Gallery, among others. Upcoming shows include Shape/View, the Elizabeth Leach Gallery, Portland, Oregon, September 6-30, 2017; and Another Time, Handwerker Gallery at Ithaca College, Ithaca, New York, November 1-December 17, 2017.