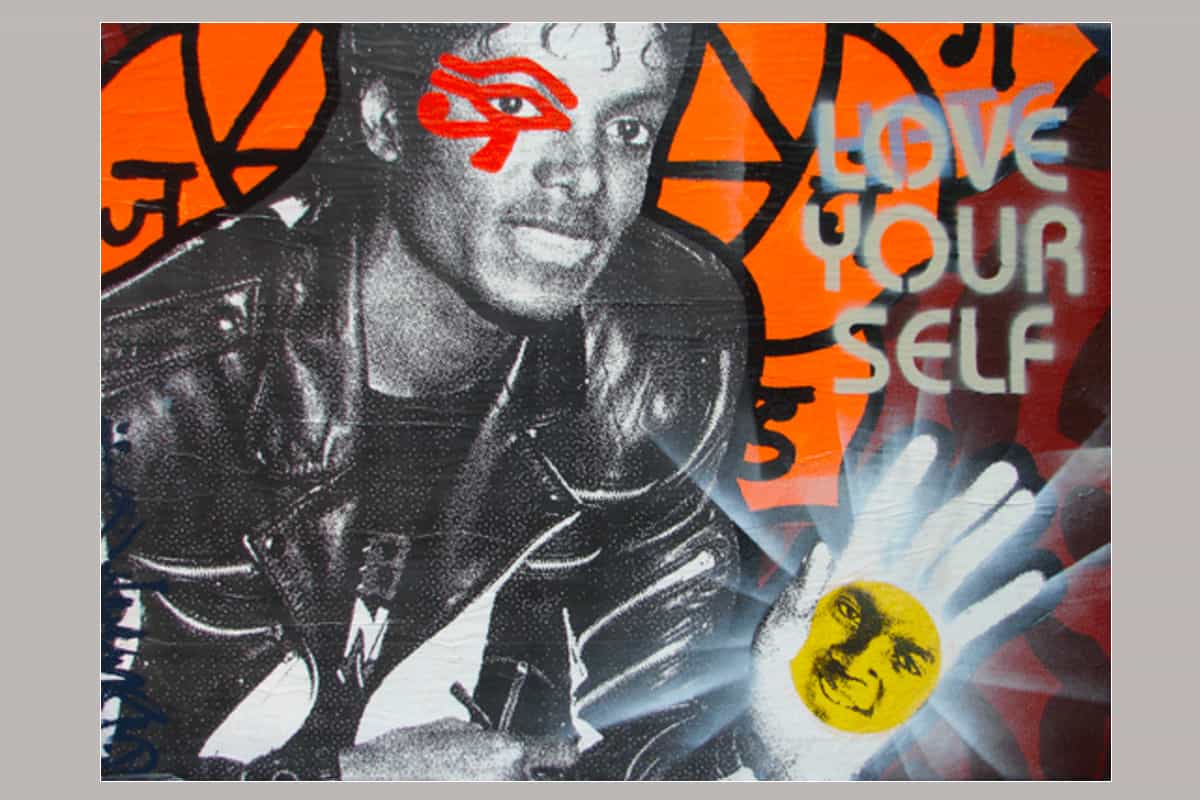 Follow Jahmane through his multi-media reflections on hip-hop, alchemy, healing, Afrofuturism and his complex go-between life.

Michael Jackson with an Eye of Horus tattoo tells you to “Love Your Self,” while the Hand of God proclaims “Let there be crack!” A woman with an arm brandishing a knife where her left leg ought to be carries a boombox, while people walk through the streets of Norwalk wearing tie-dye sweaters and camo backpacks branded with the phrase “Heal Yo Self.” 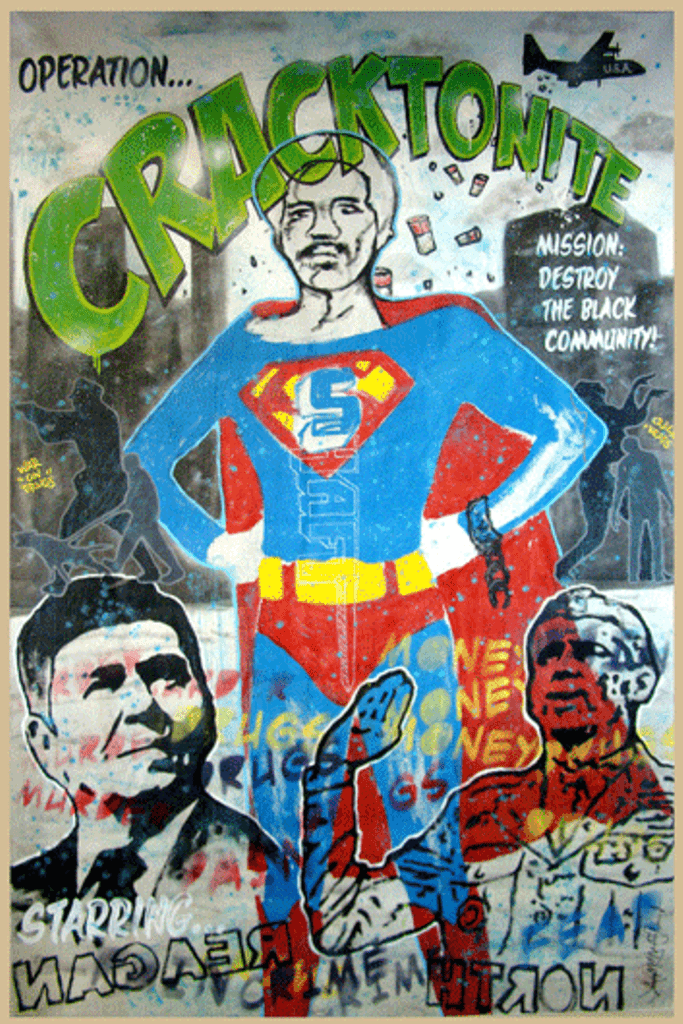 Jahmane says, “Norwalk is a great place to live and make art. My wife and I are raising two daughters, I’m teaching in the public schools and at the Westport Arts Center, and contributing to the cultural boom in the downtown “SoNo” neighborhood. Plus, if I drive fast, I can make it to Manhattan in 40 minutes!”

A recipient of the Westport Artist Collective’s Arts & Culture Empowerment Award, Jahmane seems to be everywhere in the Norwalk community. Paintings from his series “The Nebula Collection”, “Nooh Vintage”, and “Graffikollage” were recently on view at the popular Sidewalk Gallery in Norwalk. And his prolific Instagram tells followers when to show up to Studio Spase (sic) for pop-up shops selling new clothing from KULTJAH, the fashion label that he co-founded with his older brother way back in high school.

When asked about his upbringing, Jahmane talks about feeling like a “go-between” between two different worlds: the brothers attended a private Catholic school and grew up in a housing project in Norwalk. They often exposed friends from both spheres to cultures they might not have otherwise had access. And the early clothing designs were influenced by that role. Acting as an extension of the artist’s visual language in painting, they proudly affirm that “Hip-Hop, Urban, Rap, Street, Ghetto…Culture is the most relevant, powerful culture to emerge from the human psyche in centuries.” 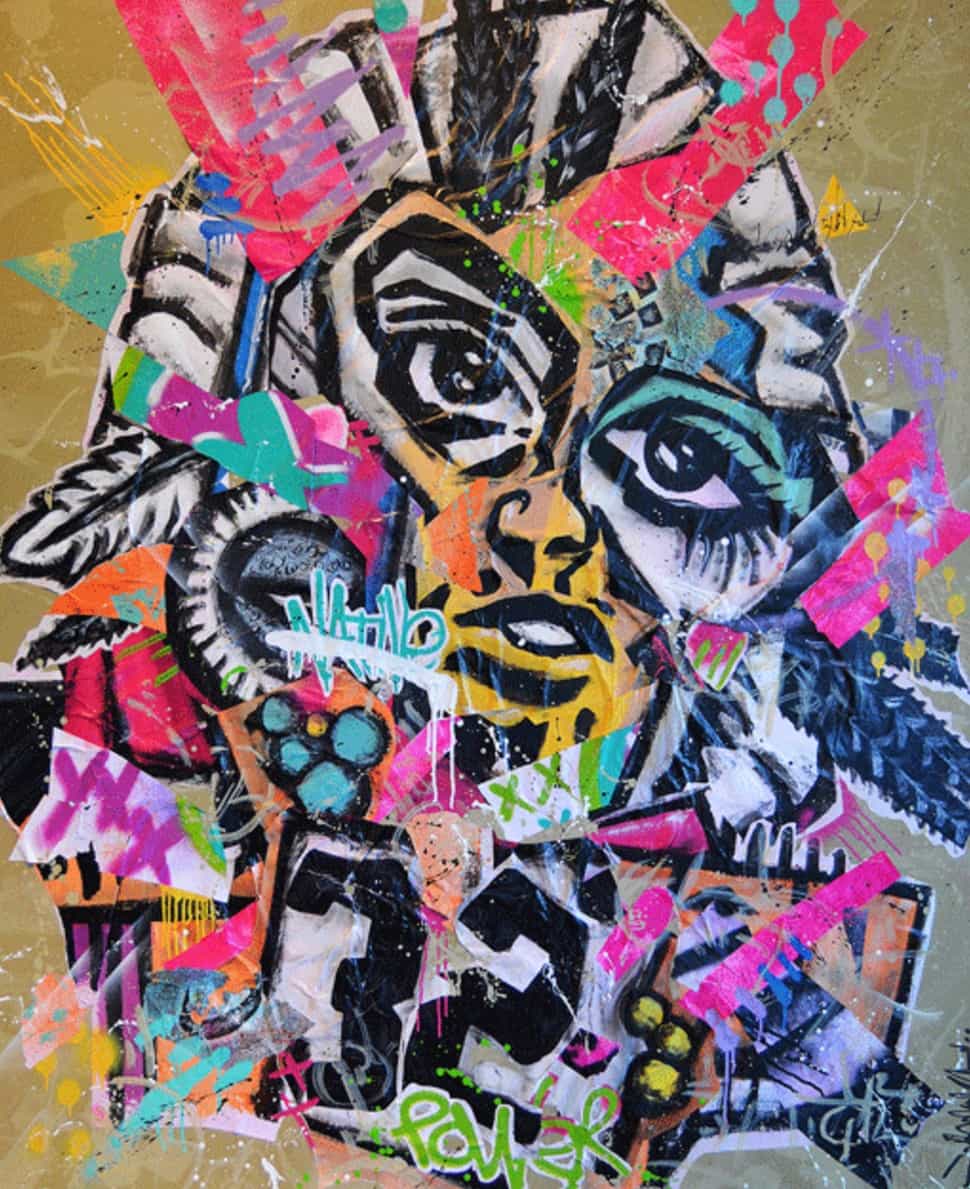 Known for compositions that combine collaged fashion photography and screen printing, and that rely on his background in graffiti, Jahmane depicts black subjects whose bodies have often been distorted. In some cases, cutout eyes and lips stand disembodied against chaotic fields of pattern, color, text, and line. In others, faces are glitchily stretched across the canvas and bodies are transfigured by collaged prosthetics. Themes of alchemy and healing, Afrofuturism and shamanism intermingle amongst sardonic imagery dealing with drug use, genocide, unattainable standards of beauty, and the Harlem Renaissance. “Nothing is new under the sun and everything is connected. We should be able to synthesize the universe, and as I do that, I try to draw people in. It’s my duty to try to communicate with people, to speak to people, to meet people where they are.” 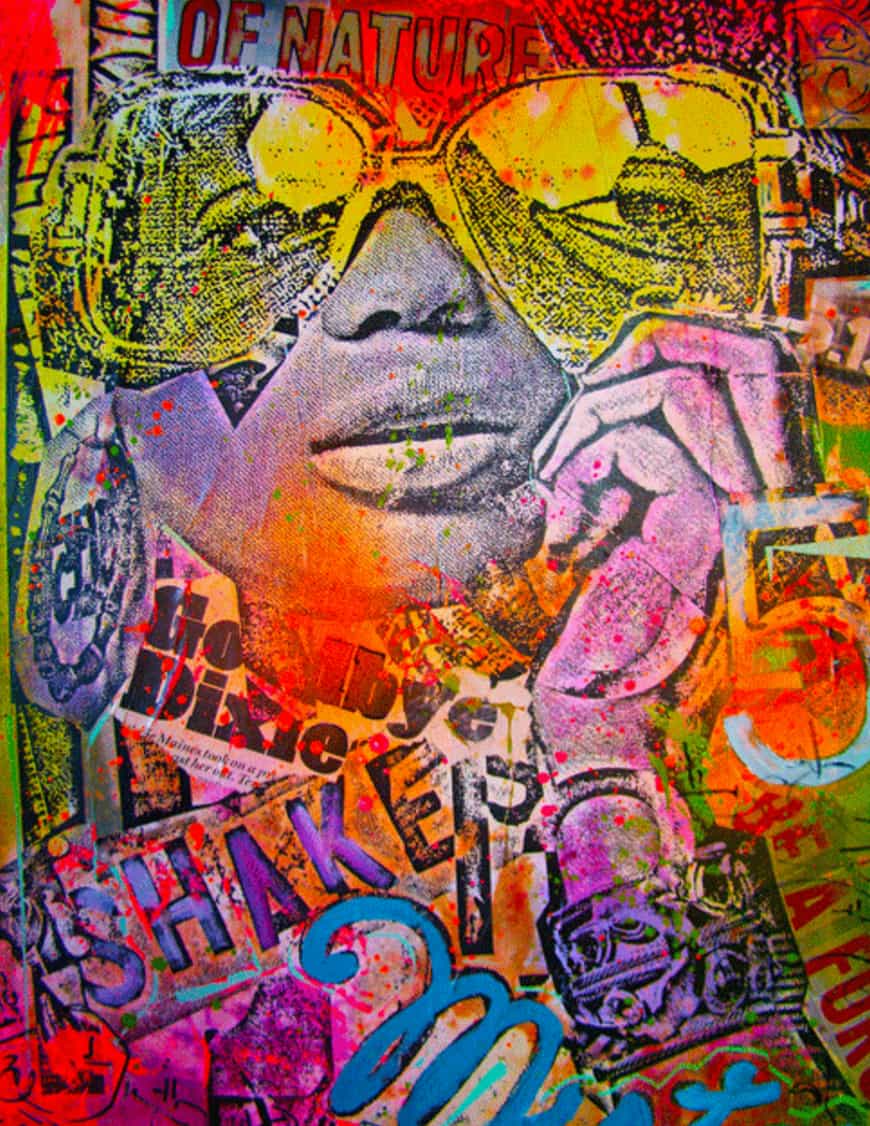