When Mass MoCA asked watercolorist Barbara Ernst Prey to capture on canvas the pre-renovation state of its new wing, Building 6, for the space’s opening, Prey thought such a big event deserved a painting of equal magnitude. The result is her largest work to date, 8 feet by 15 feet, taking a year and a half to complete.

It’s certainly huge, but the work is just as much about her relationship with Mass MoCA. In her student days at Williams College, where she is currently an adjunct professor, her teacher and mentor, S. Lane Faison, took her on a tour of the space that would become the museum, which Prey now sees as bringing her full circle.

“I really wanted to stretch the watercolor medium, take it in a whole new direction because no one’s done this,” Prey says, “but I was really interested in the space because I had a personal connection, and I think that comes out in the painting. It’s not just coming and doing a commission. It’s something where I lived there, I spent a lot of time in the building looking at the space, thinking about the space. I was there in my down jacket when it was dusty and dirty, and I would come out with dust all over me.” 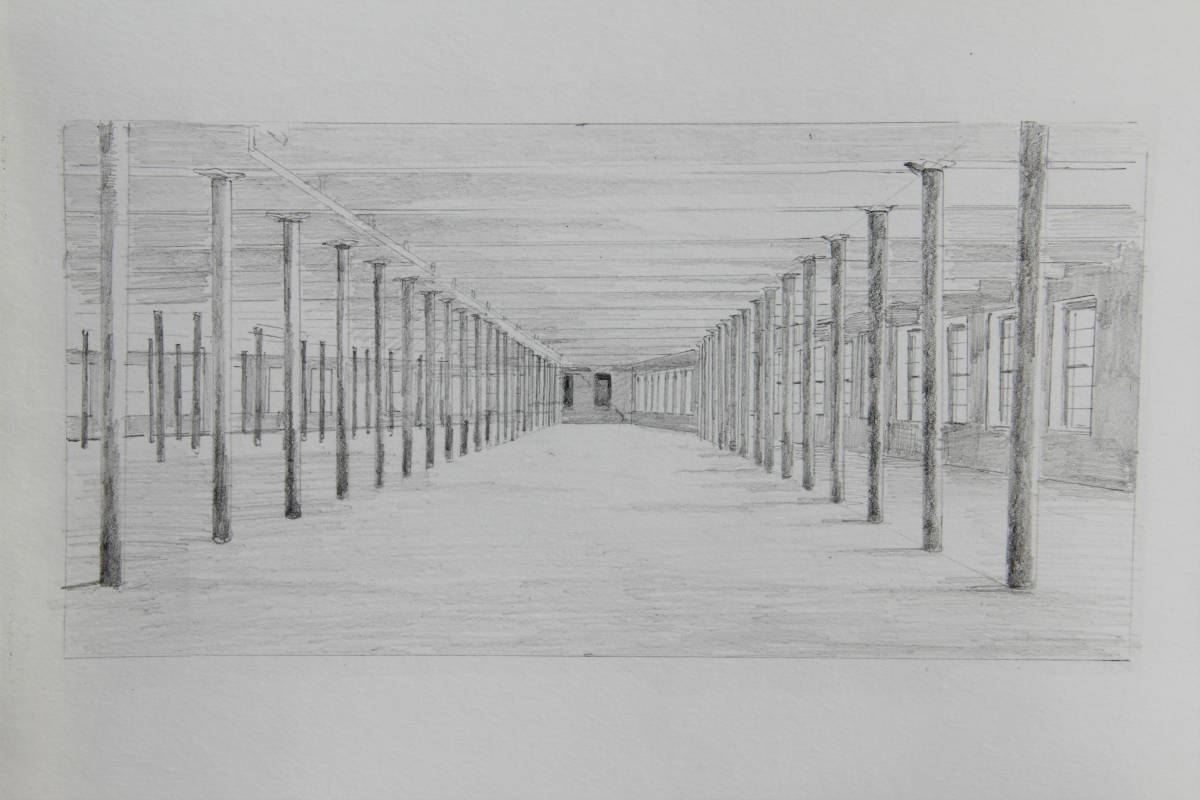 Prey grew up in an art studio. Her mother was head of the Pratt Institute design department and Prey started painting as a small child alongside her mother. She’s since had work commissioned by NASA and for the 2003 White House Christmas card, but the Building 6 painting truly kept her on her feet, both figuratively and literally.

“You’re up and down,” she says. “I always like to step back and see. That’s my process—go back and see how it integrates with the whole. I’m painting something that is a defined space, but my painting is really abstract going into the structure so I’m always comparing different parts of the painting and going back and going up and down. Very aerobic.”

This came after a significant time just planning the work, which the scope of the work demanded. Merely tracking down a source for oversized watercolor paper took time and Prey had to figure out positioning such a large piece at an angle to prevent drips, while at the same time working from a ladder and scaffolding. 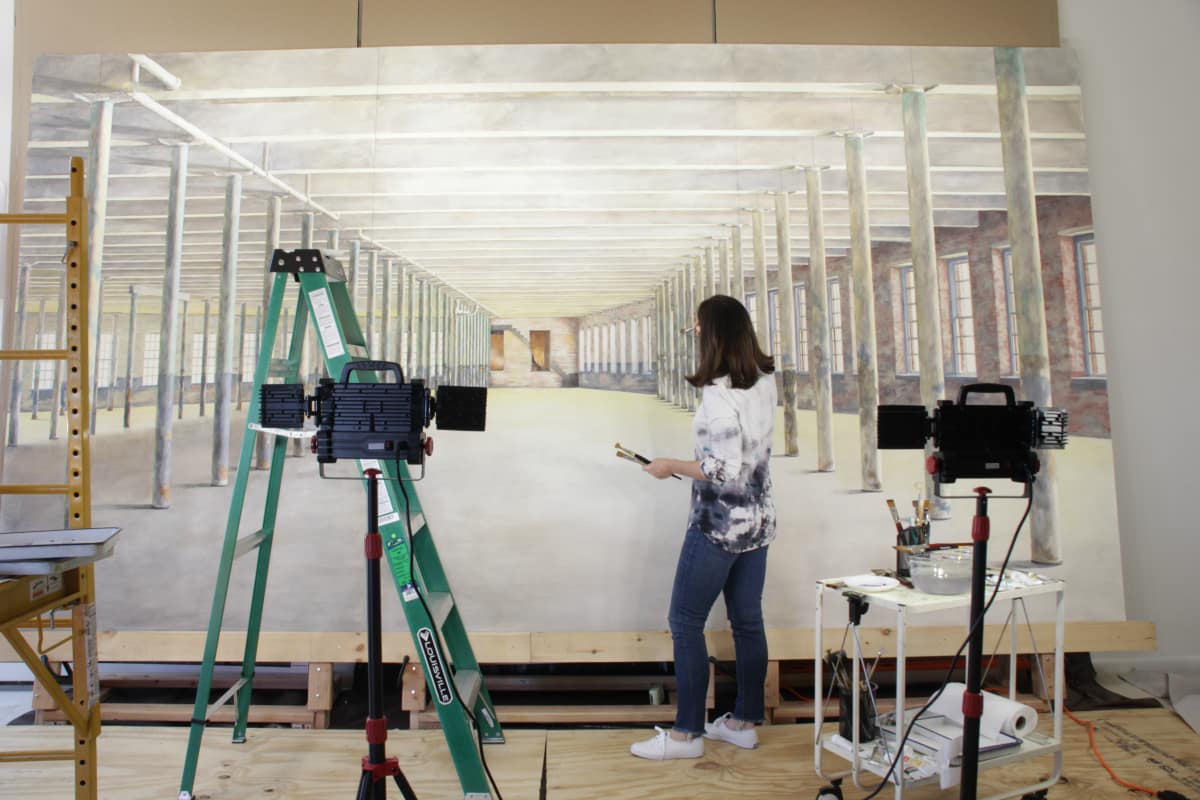 Prey started the process with nearly 50 on-site color studies. She continued work in her New York studio but moved everything to her Williamstown studio to be physically closer to the space. The final work also features experimentation of material not often found in watercolors—dust, dirt, and paint chips from the space embedded in the painting. 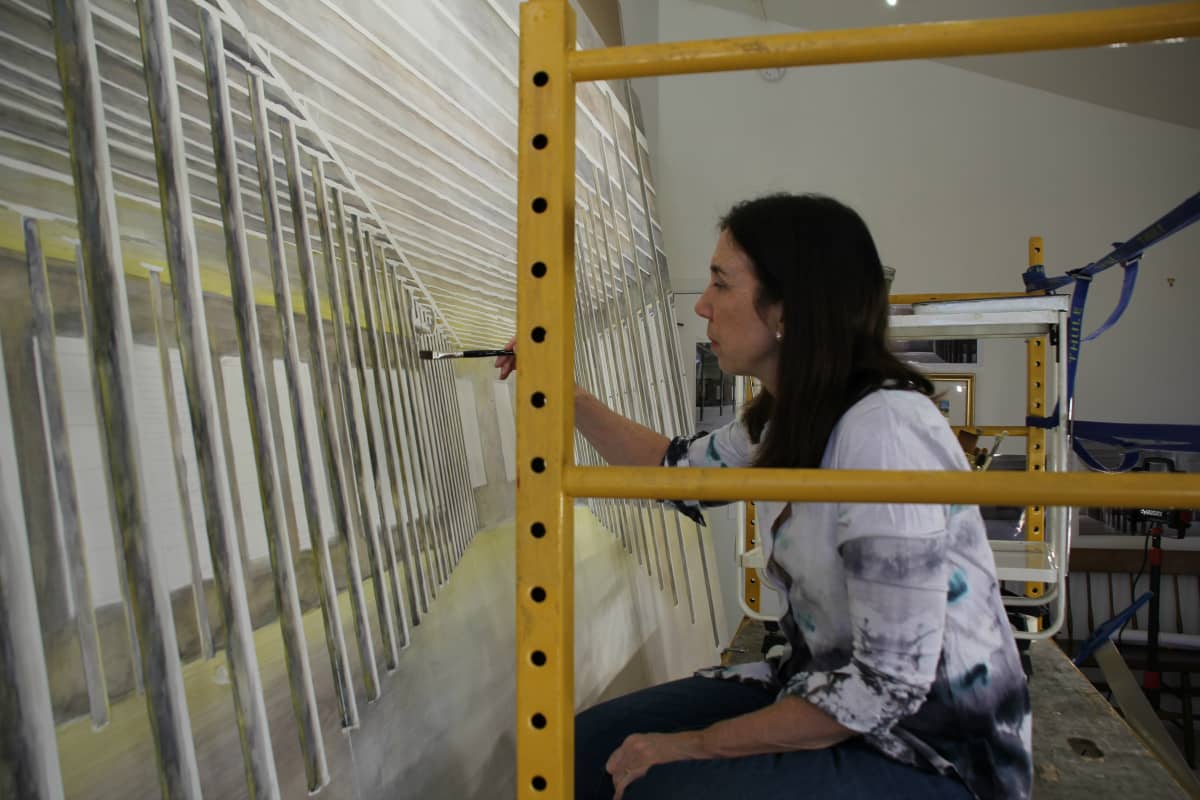 Though the work was daunting in the beginning Prey is pleased with the outcome, so much so that she’s not inclined to think small if she doesn’t have to. “It was actually pretty scary,” she says. “When you’re looking at this huge white piece of paper and it’s like, ‘Oh my God, how in the world am I going to pull this off, how is this going to work?’ Then you just dive in and work and work. I want to continue large. I feel like I can do this, whereas in the beginning I thought, ‘How do I do this?’”