Surreal — that’s the word illustrator Tony DiTerlizzi uses to describe his new show at the Norman Rockwell Museum. DiTerlizzi says he was raised on Rockwell’s work, with a big coffee table book that he studied when younger. In high school, he copied Rockwell to hone his skills. His first two children’s books, he says, were strongly influenced by Rockwell’s style.

“I always learned from emulation and copying,” says DiTerlizzi. “I could learn more from that than doing anything any teacher could show me. The hope is that a young artist or a kid will come out of there seeing that copying another artist is okay for building your foundation as an illustrator.”

DiTerlizzi is best known for his works of fantasy like The Spiderwick Chronicles (with Holly Black) and says this interest stretches back to his childhood also. He was a fan of Jim Henson, especially movies like Labyrinth and The Dark Crystal, and Brian Froud and Alan Lee’s book Faeries had a major effect on his creative pursuits. DiTerlizzi says that he spent a lot of his time with his face buried in a drawing. 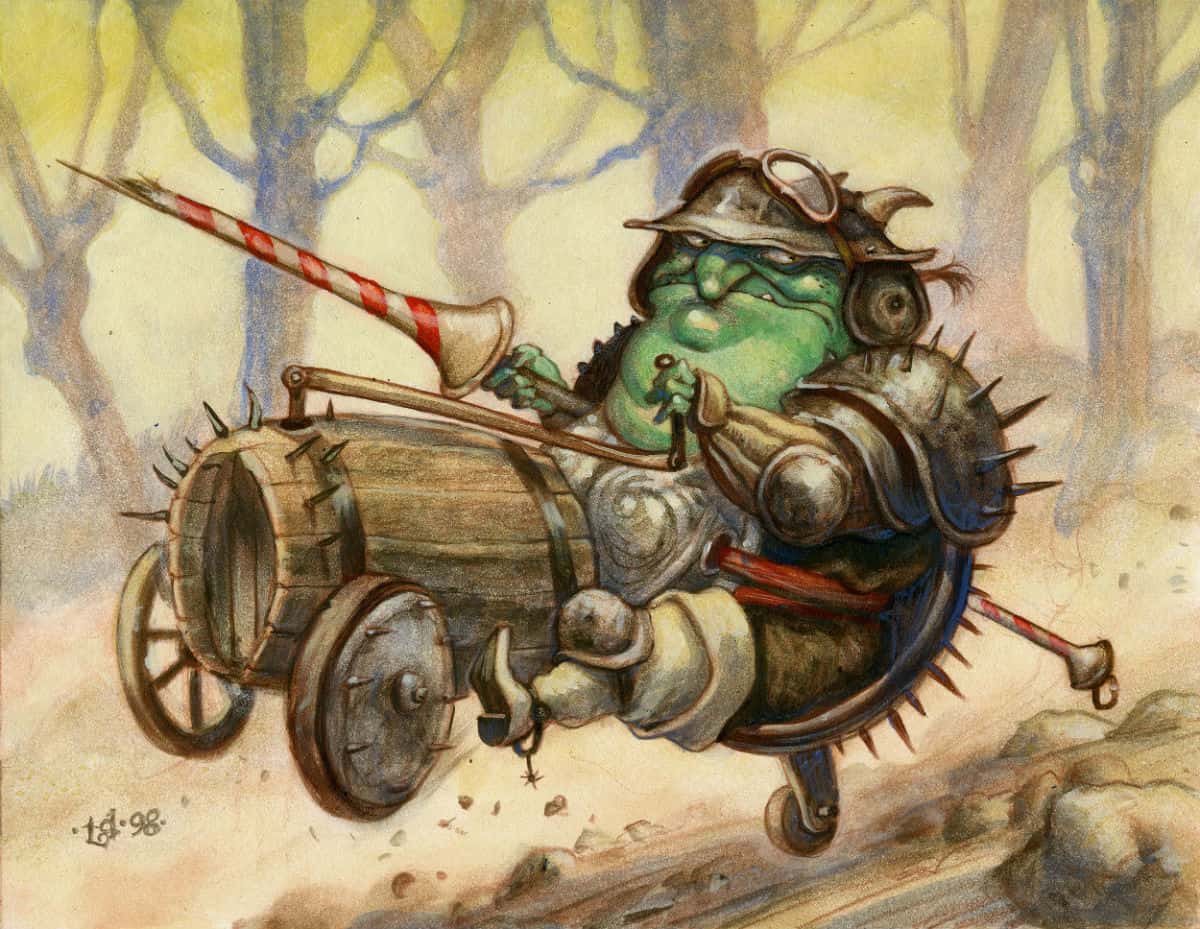 “I was a scrawny kid with glasses, your stereotypical nerd in the typical ’80s,” he says. “I grew up in South Florida, and it was a world of jocks, a world of surfers. In 8th grade, I looked like I was still in 5th grade. So, of course, I wanted to go to Middle Earth or a galaxy far far away or anywhere else but where I was. And I think that escapism had a tremendous effect on my developing the talent of drawing.”

The art of the Dungeons and Dragons books from the 1970s also had an impact on him, one that would eventually define his professional career. When DiTerlizzi finished art school and returned home, his goal was to do children’s books, but he still had some creative growing to do. He also hadn’t had any success in pursuing editorial art jobs. He spent time reconnecting with old friends and playing Dungeons and Dragons for the first time since 7th grade. Those friends insisted he submit his work to the Dungeons and Dragons publisher. 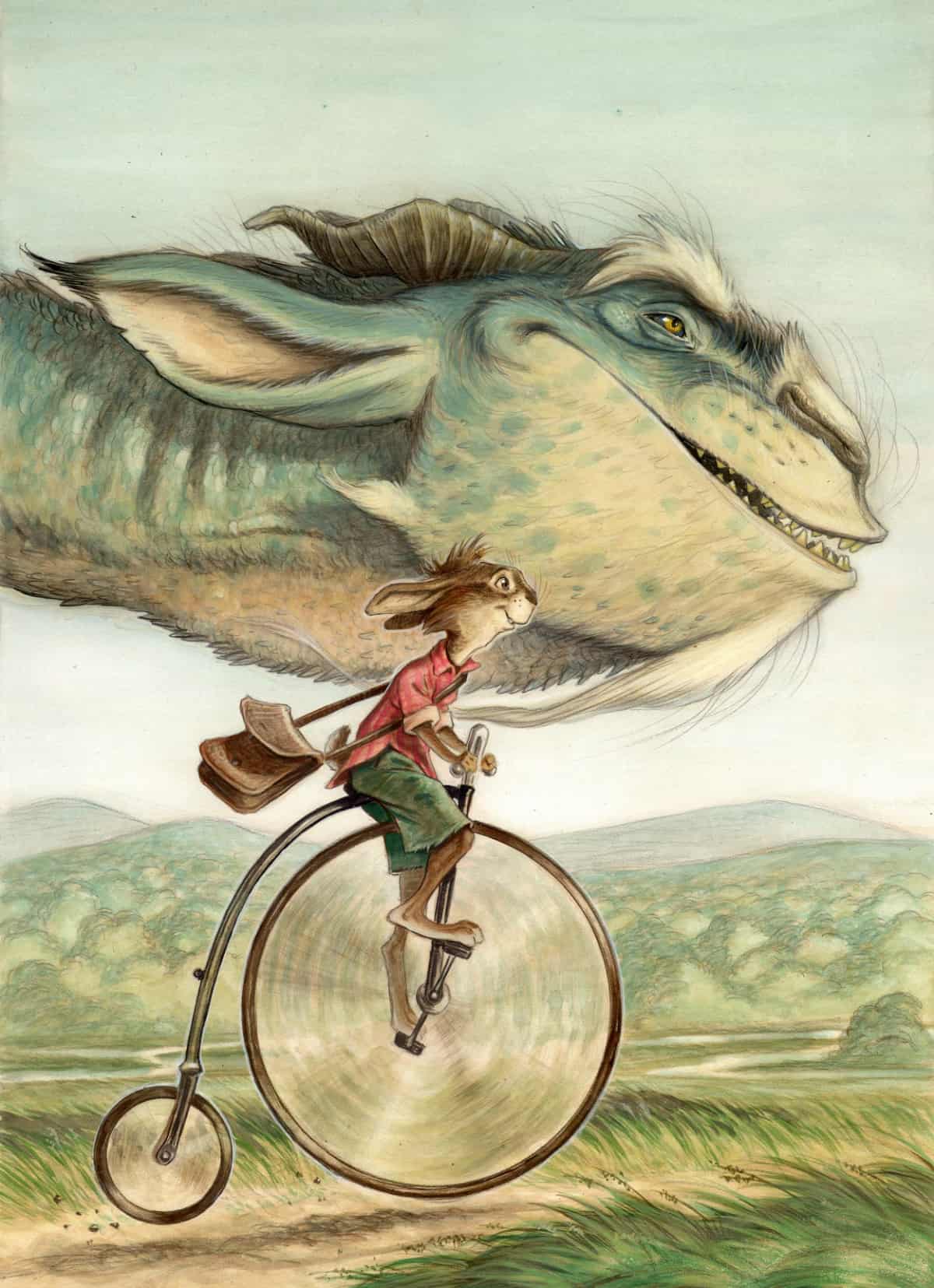 “I was certainly in a funk when I sent the stuff to Dungeons and Dragons, but it rekindled this thing that I loved when I was 12,” DiTerlizzi says. “I felt like this was within my grasp. I was relentless. I submitted samples of my work over and over and over again. I just wasn’t going to take no for an answer until finally, they said yes.”

His 10 years working for Dungeons and Dragons trained DiTerlizzi to think in more expansive terms as he began to shift from illustrating other people’s words to writing his own. “That was my internship,” DiTerlizzi says. “I realized it wasn’t about wizards zapping beholders. It was so much more than that. It was all about what is the philosophy, what are the artifacts, how do the artifacts inform what the character is, how does the wardrobe affect the character, how does the setting affect everything, all that. You start realizing that you’re setting a stage for the characters to interact on, and there’s so much more to a stage than just a knight with a sword and a monster.”

DiTerlizzi believes the key to successful creativity is encouragement — not just not discouraging, but actually taking the time to encourage creative kids rather than being passive. He says that is what made the difference for him, but today he sees too many kids receiving little support in their pursuits.

“I think about when I was a kid and liked to draw and come up with crazy stories, so, too, did a lot of other kids,” DiTerlizzi says. “There wasn’t anything exceptional about it. By the time I got to middle school, there was a still a group of people who liked to draw. But by the time I got to high school? There was a handful of kids who liked to draw. It whittles down through the years. When I look back at it as an adult, I realize there were definitely not necessarily adults who discouraged it, but there were adults that just didn’t necessarily encourage it.”

“You are who you are at a younger age, and if you’re lucky, you can really bring that spirit of who you are into focus at an older age.”