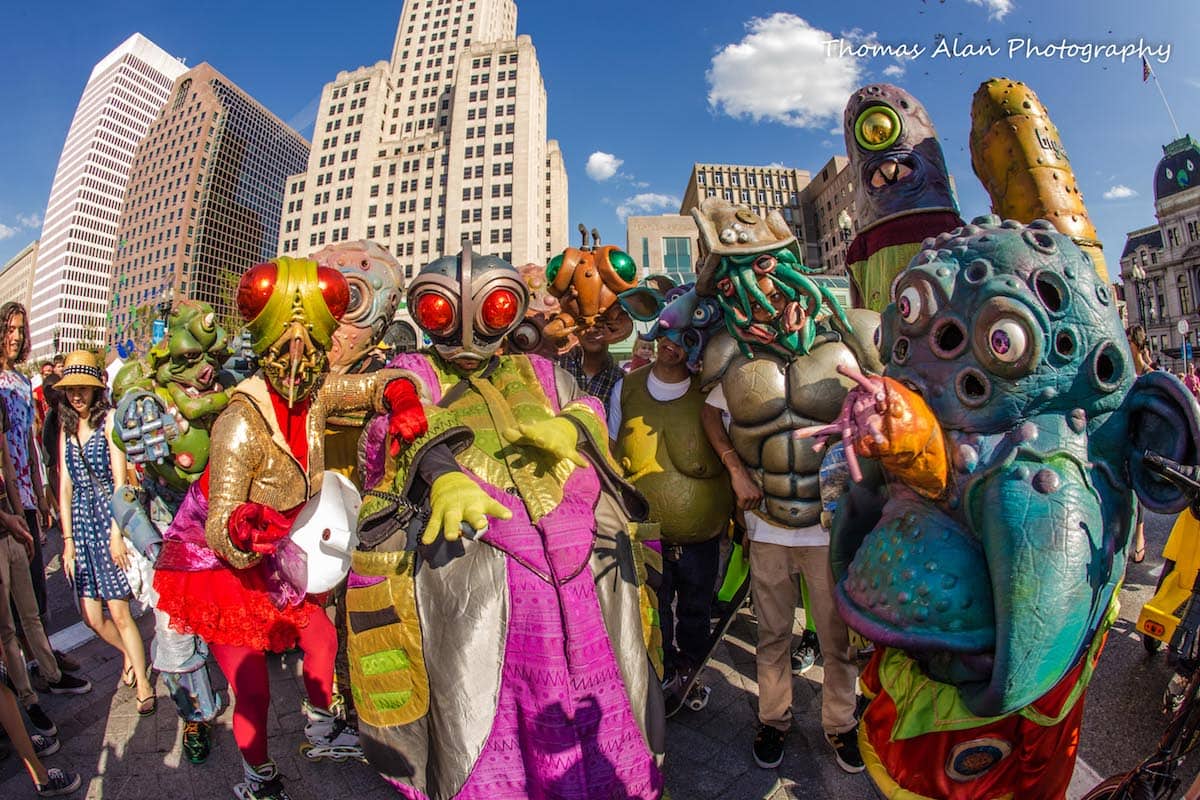 Big Nazo makes strange creature-like puppets unlike any other you’ve seen. Check them out in and around Providence.

Erminio Pinque just spent an action-packed weekend at Big Apple Comic Con when we talked, but the Big Nazo founder sounds more energized than deflated as he explains what his creatures were up to in New York. The surreal performance group was hired as the wedding band for Comic Con co-founder Mike Carbonaro and model Nina Martinez (who opted to get hitched in a Wonder Woman costume). The creatures also worked as the party band for the convention’s cosplay area, where enthusiastic attendees partied down while dressed as their favorite comic book and video game characters. They somehow even made it to New Jersey to perform at a theater.

It’s been 30 years since Erminio Pinque founded the Providence-based troupe Big Nazo. “Creatures is a useful term,” Pinque says when asked to describe the characters, which range from dapper insects to schoolmarm-attired sea monsters to a bespectacled mad scientist with three eyes. “We use puppets and masks and parade techniques, but we’re not a parade group or a puppet ensemble. The word creature is weird enough to encompass it all.”

Big Nazo began informally with “sloppy street performances,” but officially debuted in Providence City Hall as part of the city’s 1987 New Year’s Eve celebration. Three decades later, the loosely knit collective can be seen at events and festivals throughout Rhode Island, as well as internationally.

It’s hard to miss the looming, loony creatures when you’re in downtown Providence. A staple at outdoor events in the city, the instantly recognizable creatures also lived in the windows of a corner storefront right next door to City Hall.

Constructed from lightweight plastic, foam, and fabric, the flexible creature costumes can be crushed down for easy travel. Once unpacked, they pop right back into shape. “When we go on the road, we wrap and roll them in hockey bags,” Pinque says, noting that the wear and tear actually improves their overall quality. “When they’re new, they’re shiny and rubbery. They look like toys. As they age, the texture actually starts to look more like skin.” 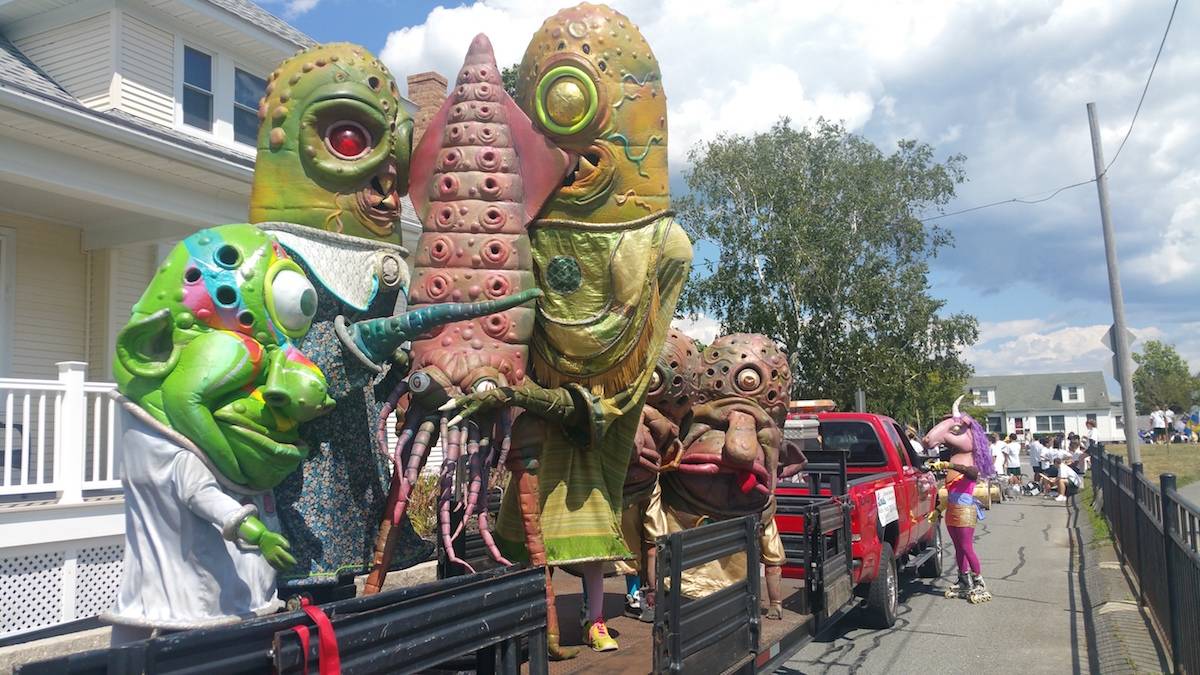 Big Nazo’s schedule is predictably unpredictable. After Comic Con, their engagement list included appearances at the Providence Athenaeum for an H.P. Lovecraft event, then a St. Patrick’s Day parade the following day. April will find them in sci-fi mode for the Space Jam party at Fête Music Hall, followed by the trip to Brazil for an electronic music festival.

“Commissioned work is instrumental to our design process,” Pinque says, “because it allows us to solve problems that we would have never tackled. Right now, we’re making giant stilting creatures for an electronic music festival in Sao Paulo. We’ve never made stilts before!”

A few years ago, the original storefront the group inhabited was sold to a major Boston developer, so Big Nazo only moved around the corner. They recently moved again. The new space on Westminster Street is a little smaller, but has really high ceiling—a helpful luxury since some of the creatures are huge. Pinque keeps the doors open when working, and visitors are always encouraged to drop in.