“They’re just kind of hideous,” artist Jill Colinan says when asked to describe the pieces in her latest show. It’s an unusual description for someone discussing her own work, but it’s also pretty accurate. Colinan makes fabric dolls with crooked smiles, garish makeup, and lumpy bodies that oddly render them more human than anything you’ll find in a toy store.

Colinan’s work was recently on display in Ruins, a two-person exhibition with fellow Providence artist Jen Corace. Colinan took the show title literally, placing dolls in rooms with fabric walls and rusty metal jewelry findings. “I was looking at Roman ruins and idols, and I thought it would be interesting to show the buried lost part of a wall, but a wall from the early twentieth century,” she says. 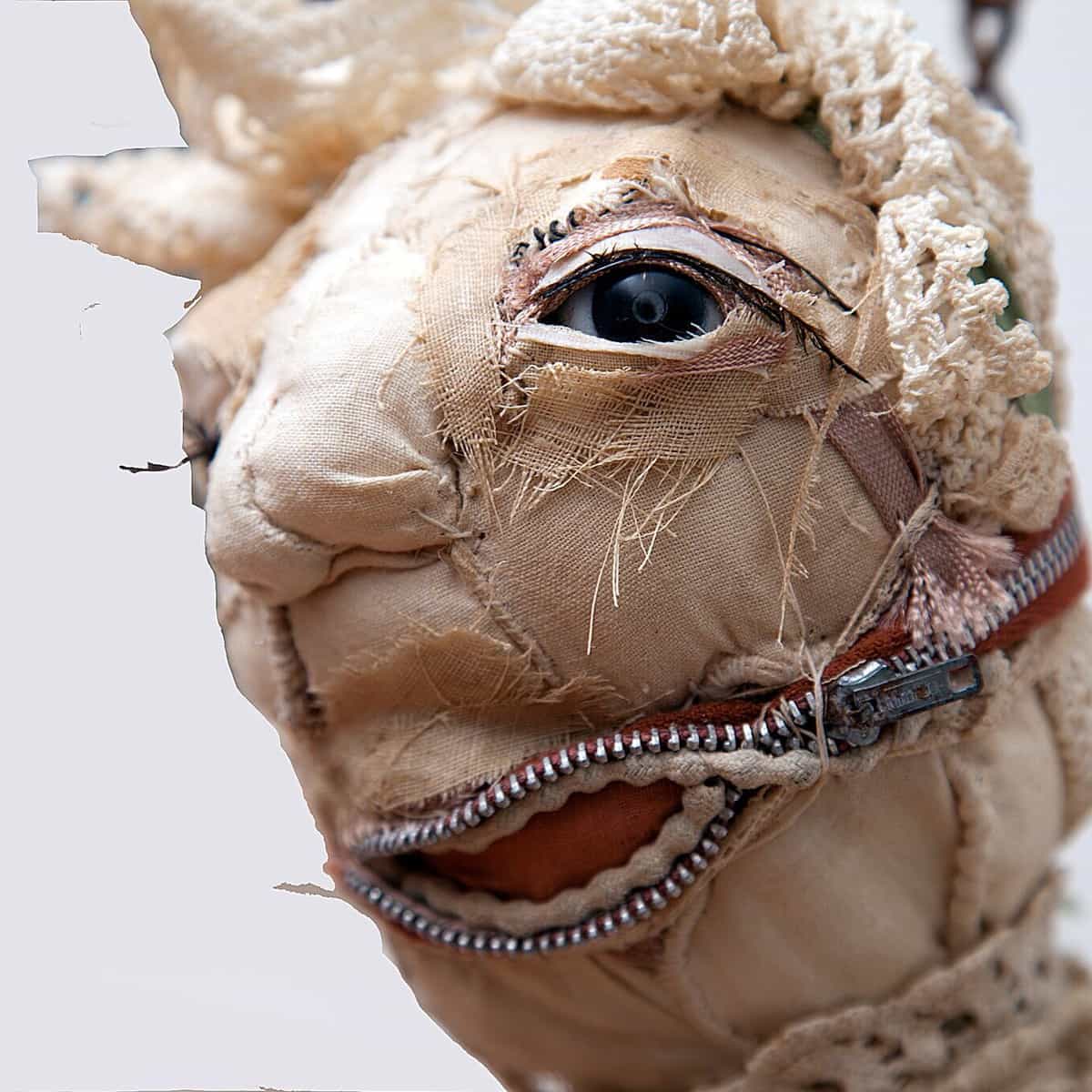 Colinan has been producing dolls for over 20 years. “Some of the older dolls were eaten by mice at my old studio,” she says. “I opened a drawer and their bodies were totally flat and ripped apart.” At the time she stuffed them with rice. Now she’s moved on to tiny beads, the kind used to stuff Beanie Babies. “I cut the heads off and make new bodies,” she says matter-of-factly. She’s been revisiting the older pieces lately.

Mounted to the gallery walls, the dolls were roughly the same height as Barbie dolls—“I’ll defend Barbies until the end of time,” she declares—but otherwise couldn’t be more different. Bandaged hands and graying hair suggest that these dolls have more interesting back stories than Barbie’s plastic perfection. 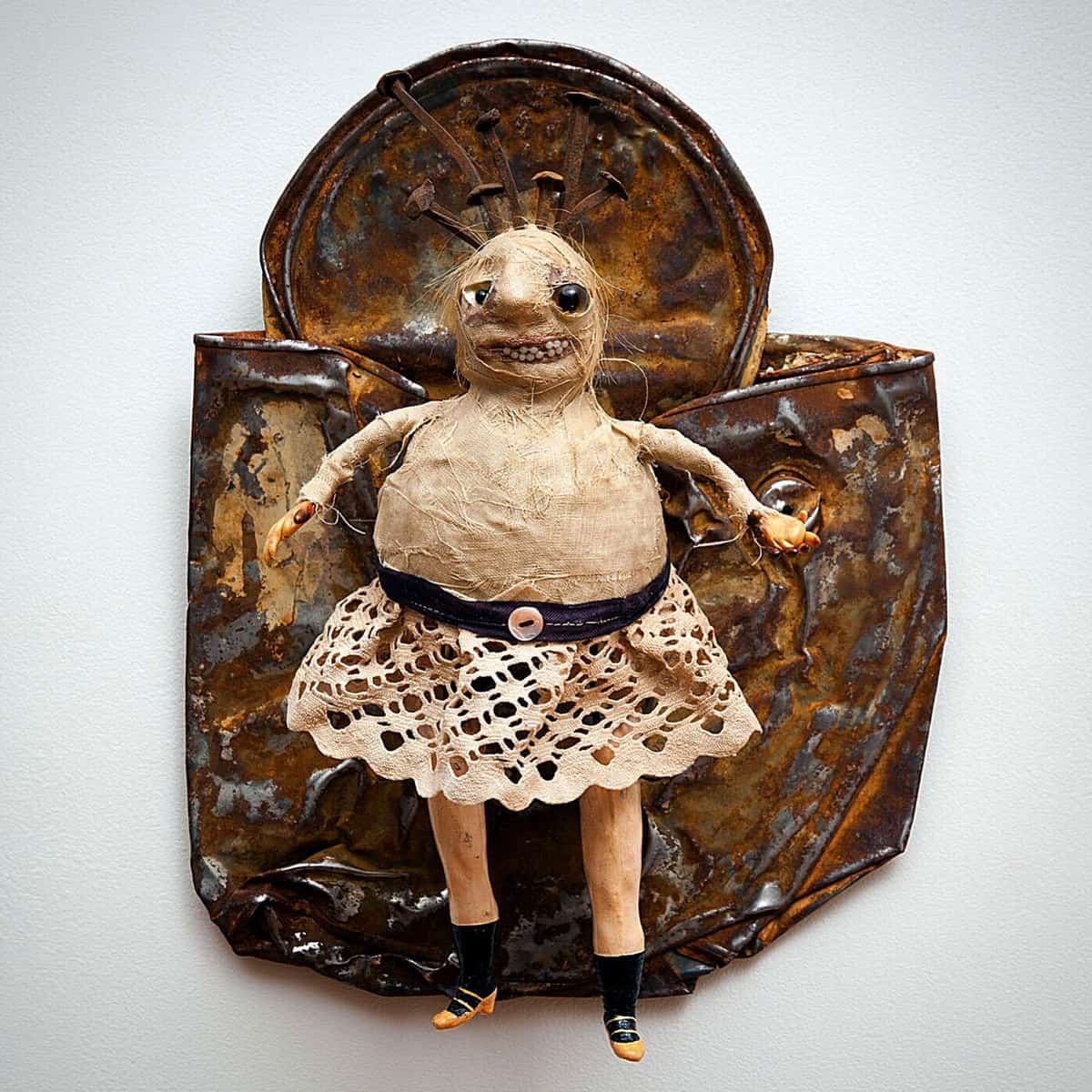 Colinan says that each begins with something physical, a particular fabric or a combination of colors, possibly something she found on a shopping mission. She visits estate sales and immediately scouts out the basement workshops and the sewing boxes for rusty metal and notions. Once she lucked out and happened upon an estate sale from a doll maker.

“It was everything I love under one dark, dusty roof,” she says. “I felt a real Grey Gardens kinship with him. I got his pin cushion and made a doll. I left the pins exactly how he left them. I used fabric from his collection. I cut off the head from another doll and Frankensteined it on.”

“Do you know ‘Underground,’ the Tom Waits song? ‘They’re alive, they’re awake / While the rest of the world is asleep.’ That’s how I think of them existing—after hours, after the normal people have gone.”