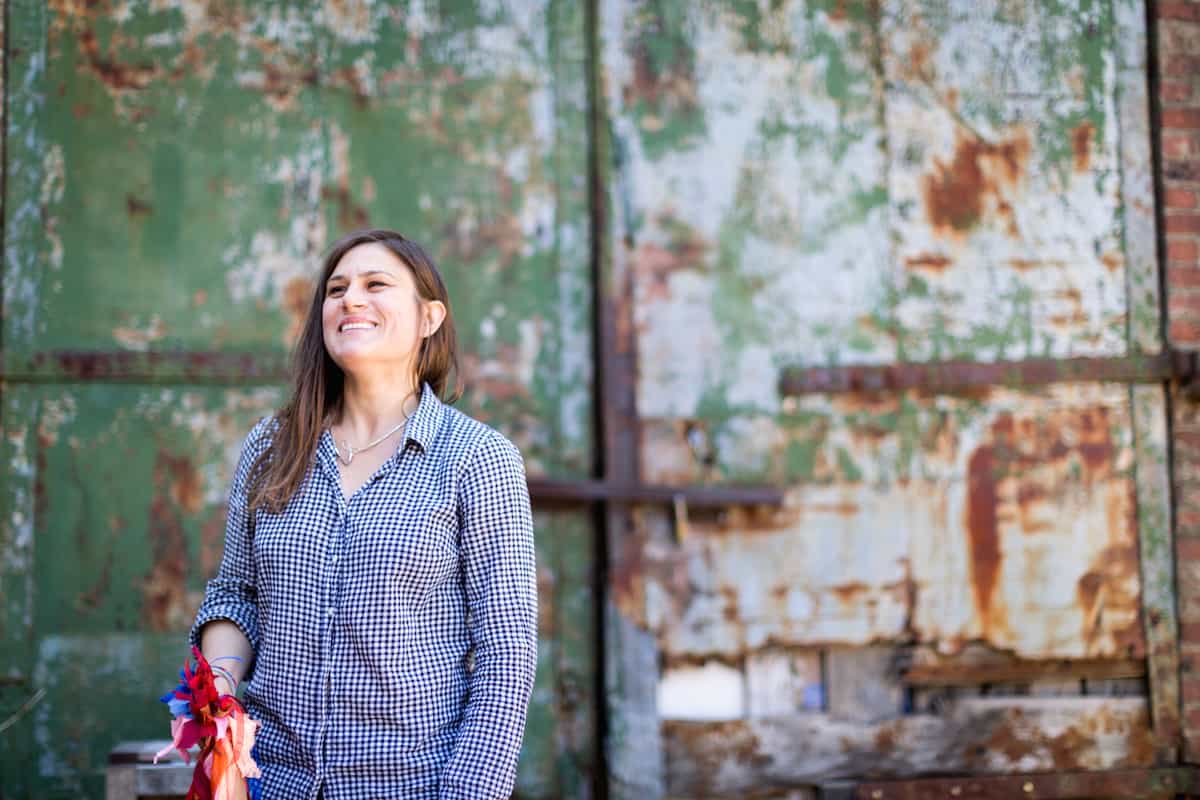 Abby Manock is still a kid at heart—she loves to dress up and play games. But mostly she likes to work.

Don’t be fooled by her colorful costumes and “anyone can do it” attitude—Abby is a serious artist. An adjunct professor at Columbia University who frequently spends time in her hometown of Burlington, Vermont, Manock takes complicated concepts and boils them down into publicly digestible but very personal archetypes.

In the Deitch Projects gallery’s 2006 Art Parade, Manock’s production Annie vs. Grease Soundtrack War had volunteers dress as either Annie from the musical or Danny from the film Grease. This wasn’t bio-sex-specific—people were just asked to identify as either character, dress accordingly, and then parade down the streets of Manhattan dancing to their respective soundtrack. 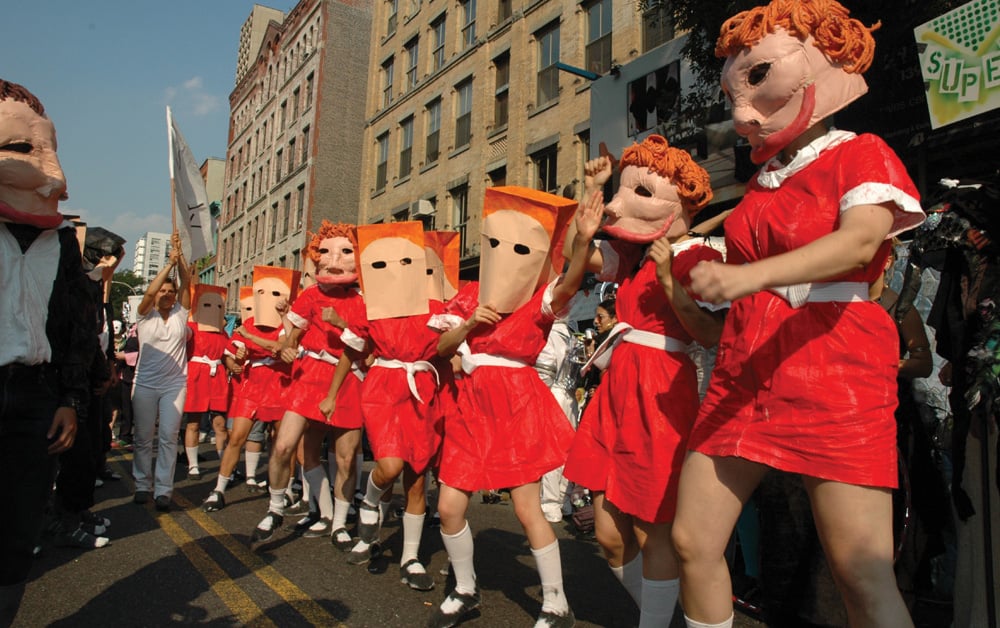 “This whole project started because I would blast the Annie and Grease soundtracks in my studio,” Manock says. “People would just stop in to talk. They were so excited to tell me their stories surrounding these songs!

“When the volunteers—friends and acquaintances from every phase of my life—showed up [the day of the Art Parade], I asked them all to wear a bag on their head. At first I think people were like, ‘I have to wear bag on my head?’ But then something amazing happened. We took all of our individual experiences with these songs and became a collective. Annie and Danny’s worlds fused. It was almost surreal. It was like we created our own musical—something bigger than its parts.”

In another public artwork, Volley of the Nuts, performers dressed as either Wingnuts (more techy) or Acorns (more woodsy) and performed a set of tasks specific to their persona. The Wingnuts were like crows. Their job was to be fascinated by shiny things, hang out and taunt people, and basically mess things up. The Acorns’ job was to clean up after the Wingnuts. They would tidy and hide the shiny things by digging holes and burying them. The Wingnuts would then scratch at the dirt and dig the shiny things up, completing the circle. It became like a spectator sport. Onlookers would pick sides, mostly rooting for the Acorns. These two “sides” were essentially of the same coin. Through play, the teams demonstrated this symbiotic relationship. 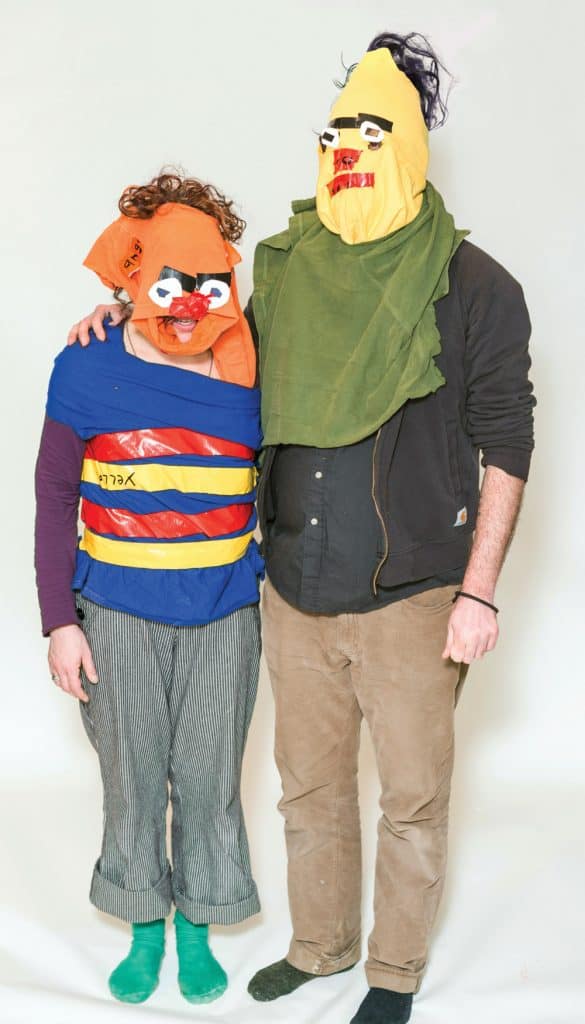 “I love the way things that are black and white play off each other,” Manock says.

In addition to teaching, she works as an artist’s assistant, a scenic painter, a muralist, a prop maker, and a visual designer. I met her in 2004 while she was conceiving Mastodon Cometh. The underlying goal of this work was to explore the idea of sustenance and how dramatically it has changed over time. It was commissioned as part of an on-site project for the band Phish’s “final” concert in Coventry, Vermont.

Performers dressed as cavemen dragged an enormous steel-framed mastodon out into the throngs of concertgoers. They then decapitated and split open the elephant-like creature, transforming it into a Quickie Mart. Instead of chomping on prehistoric mammal meat, the performers, now dressed in convenience-store uniforms, snacked on and dispensed packets filled with jelly beans, Cheetos, Life Savers, and all sorts of other highly processed “foods.” Ahhhh, progress! 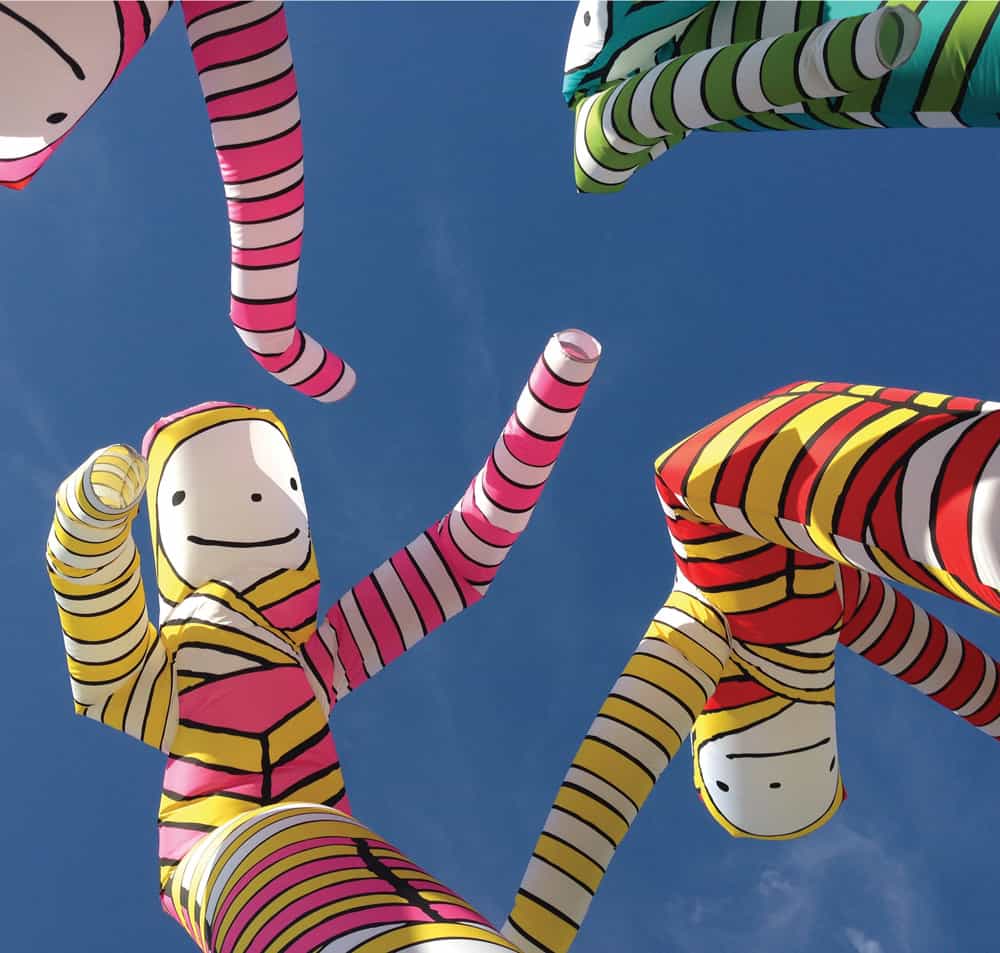 Manock’s art is in a constant state of evolution, and she feels she is moving into a new creative phase. In August of last year, for example, she brought the Mastodon project to its knees. In a short film starring some of the original cast dressed in both caveman and Quickie Mart costumes, the mastodon was burned to the ground. Her next “mammoth” undertaking is a project involving good-luck charms and a string of glow-in-the-dark jellyfish.

“Most recently,” she adds, “I’ve been doing some murals. I’ve always used black lines to more clearly define my patterns. But I’m going for something more subtle now. I’m having the colors go right up against each other. It’s like I’m letting up on ‘total control.’ I’m not coloring between the lines. I’m just letting the colors speak for themselves.”