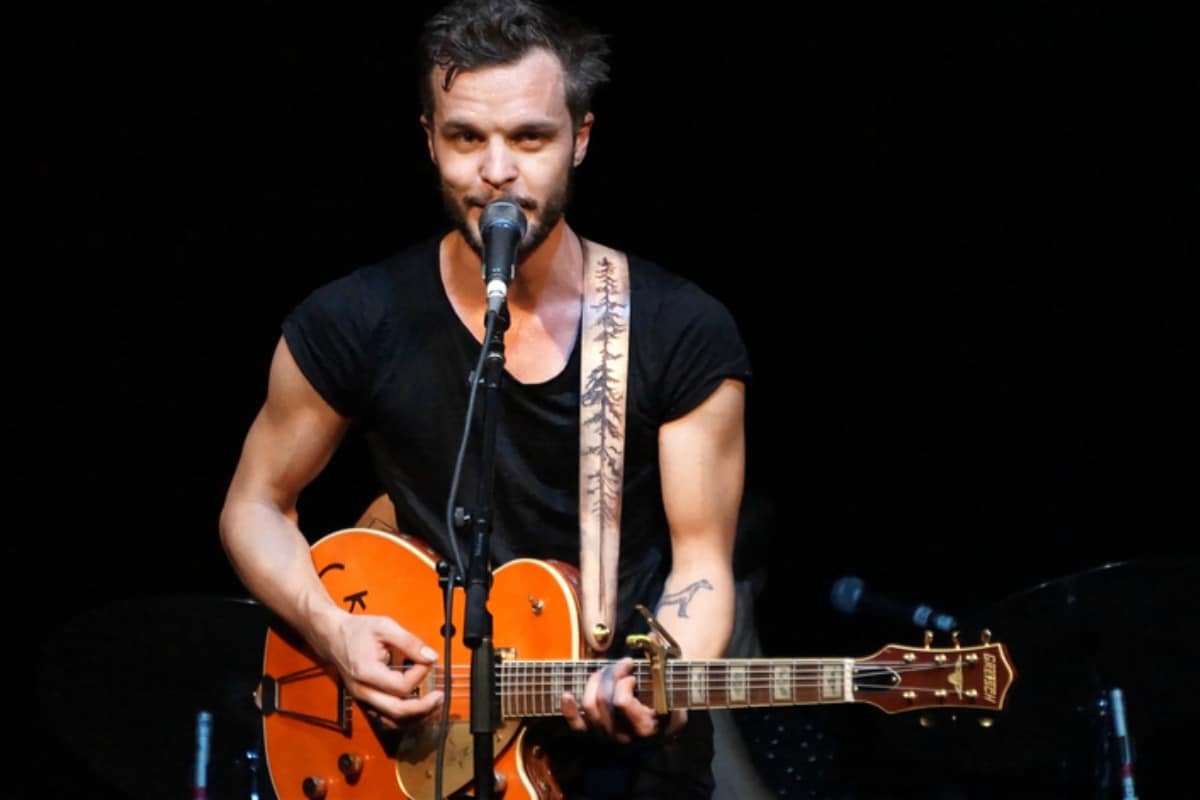 Linny Kenney discovered a passion for leatherwork, and all it took was a 3,700-mile solo horseback ride across the U.S.

Linny Kenney’s first word—GoGo—meant horse. It seems almost karmic, then, that years later a horse would figure prominently in what ultimately became her passion and occupation. 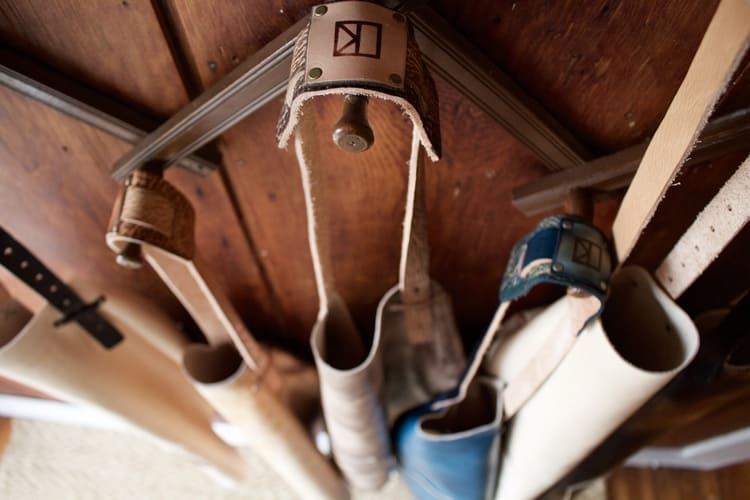 Kenney came to custom leather-making by way of studying classical and musical theater. After spending some time performing in Nashville, Tennessee, she headed west to become a wrangler at Ricochet Ridge Ranch. “This is where I met Sojourner, my horse.”

That fated meeting led to an unforgettable 3,700-mile solo horseback ride that began on March 1, 2010 in Los Angeles, California, and ended eight months and 14 days later in Bath, New Hampshire. Kenney chronicled the adventure on her blog.

“I had intended to buy a trailer once I got to New Hampshire and head back west,” she says, “but I found a lovely little studio on the Ammonoosuc River and got involved with a great band here called Not Your Mother, and just never ended up leaving.” 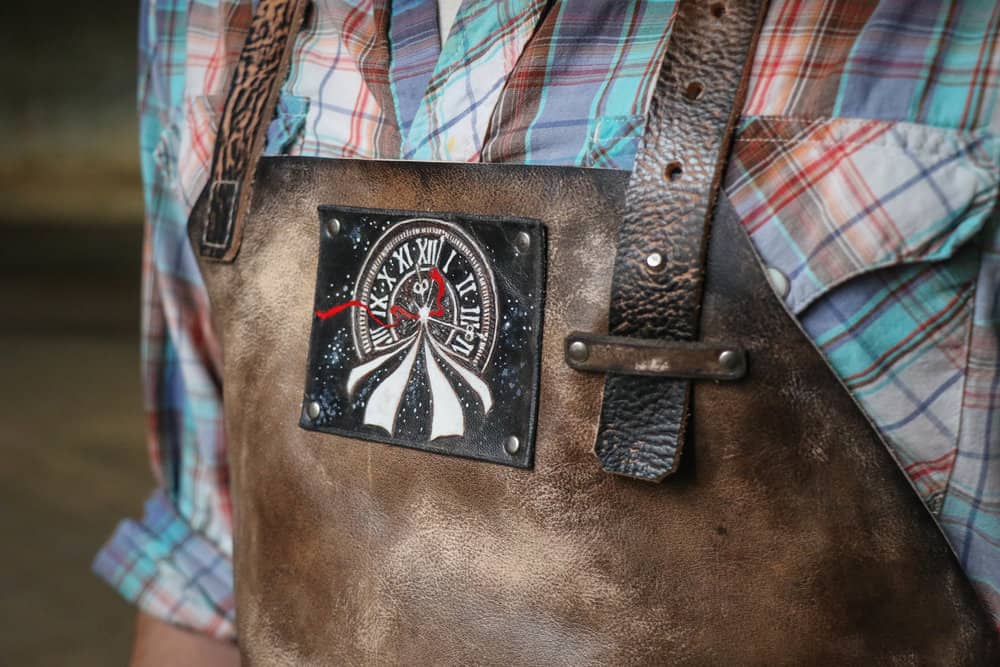 It was just before that trip that Kenney discovered her passion for leatherworking. “I made saddle bags for the trip and some leg protectors for Sojourner,” she explains. “After that, people started to request custom pieces, and it just kind of snowballed into a business.”

That business, LK Leather, has morphed into a leather design studio specializing in, among other pieces, high-end chef knife rolls and custom guitar straps—all handcrafted in the USA and guaranteed for life.

“I had an old leather guitar strap of my dad’s that I loved, and decided I would replicate it,” she says. “I made the strap, painted my grandfather and I on it, and posted it on social media.” Requests for more guitar straps began flooding in. 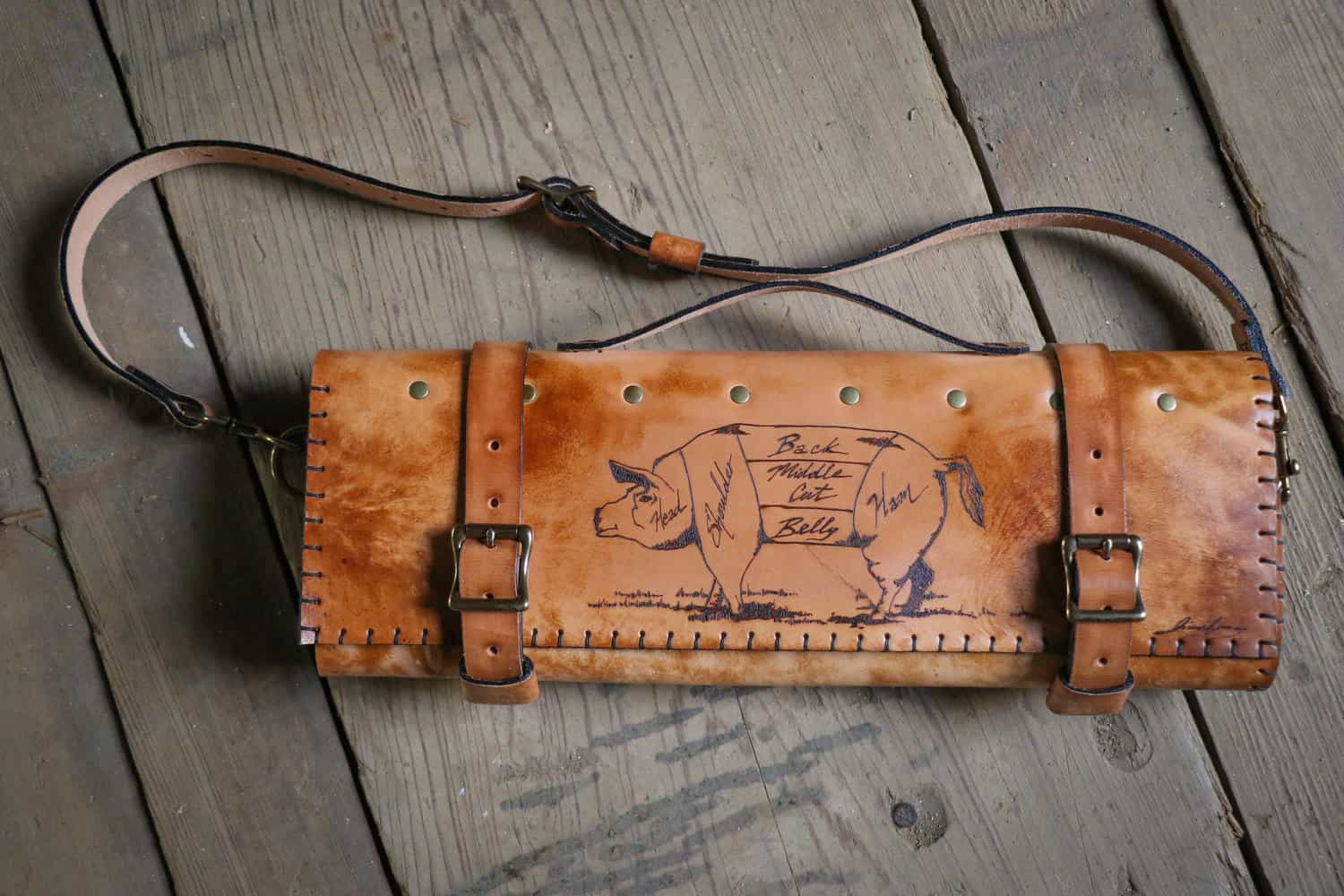 Kenney learned her art from her stepfather, who was also a leatherworker. “[He] taught me the basics of leatherwork,” she says. “From there I developed my own style and taught myself whatever else I needed to know.”

At first glance, it might seem surprising to learn Kenney is an animal lover and vegetarian. She is deliberate about the leather hides she uses for her detailed work, however, choosing only those from free-ranging cows. Her hope, she says, is to celebrate the animal’s life by creating something meaningful, in essence giving the animal a second life through handcrafted heirlooms. 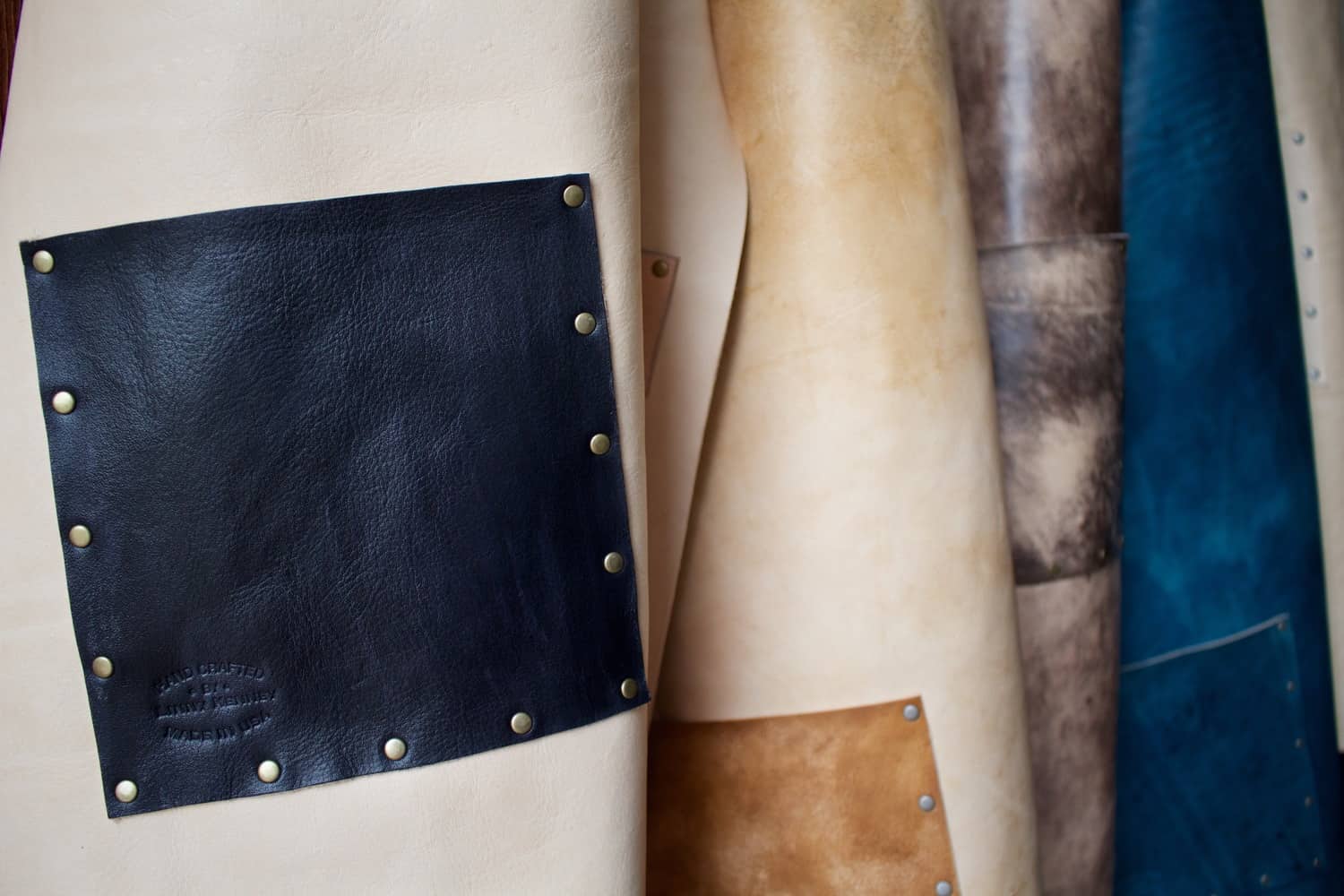 Kenney’s leather is also eco-friendly. She only uses full-grain, vegetable-tanned leather rather than leather tanned using chrome, which is harmful to the environment. “It is void of harmful chemicals,” she says of this vegtan leather. Tanning leather takes more time this way, she says, “but it produces an absolutely gorgeous leather that breaks in over time more beautifully than any other.”

Kenney’s work is sold primarily online, but you can find her pieces in a few select stores including Bella Funk and Northern Lights Music in Littleton, New Hampshire. 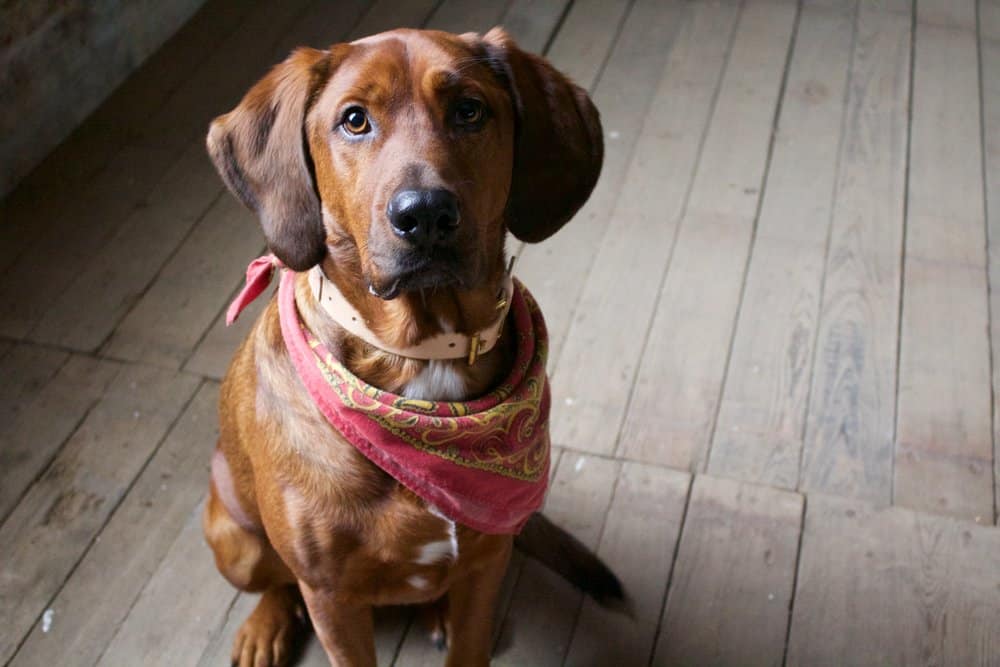