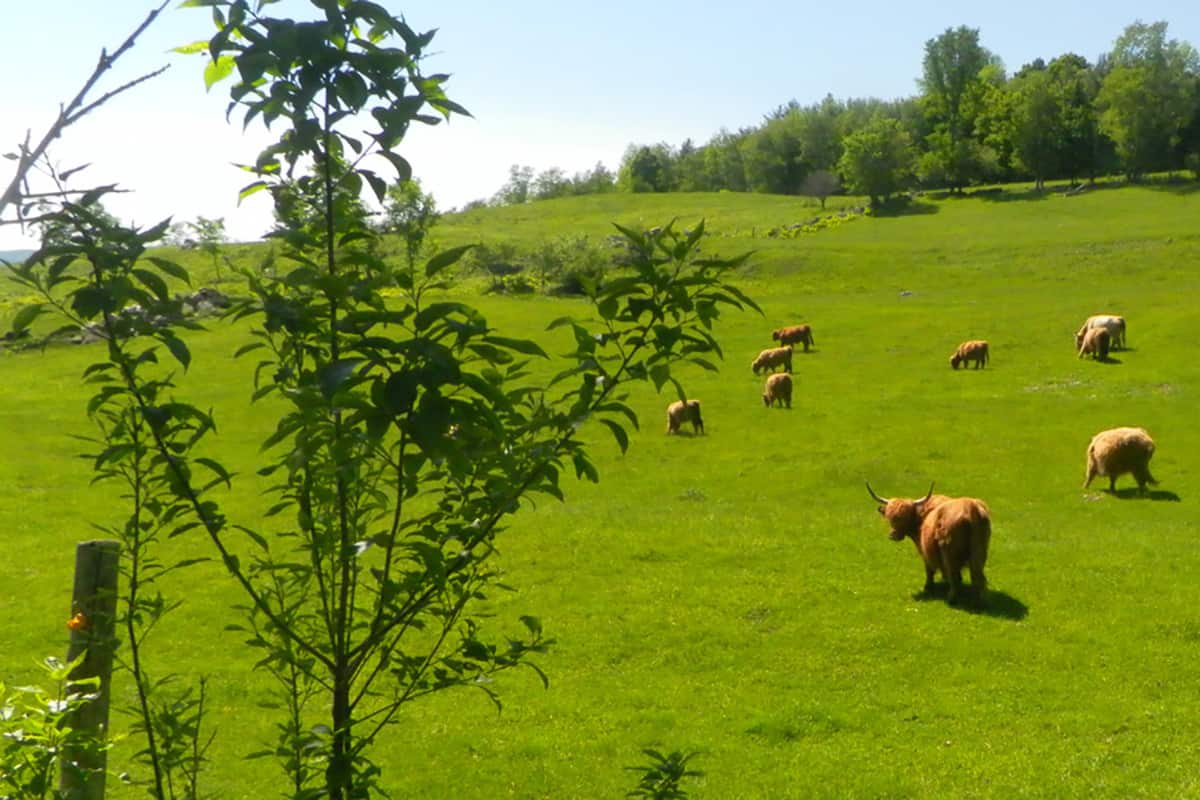 There are likely few theatrical venues in existence where when you ask to speak to the assistant director you are informed that he is “probably on the back 40.” But such is the case with Unadilla Theatre, whose home happens to be the farm of founder Bill Blachly — the AD in question — located appropriately enough on Blachly Road in Marshfield (northeast of Montpelier), Vermont.

When I visited earlier this summer, the cast of Gilbert and Sullivan’s Iolanthe was studying their scripts in Unadilla’s burgeoning gardens while just a few hundred feet down the road, a herd of highland cattle browsed contently on the hillside. It’s easy to get swept up in the pastoral ambience, from the knotholes in the theater’s barn siding to the smell of freshly hayed fields. But that would mean little without a lineup of diverse and engaging entertainment. 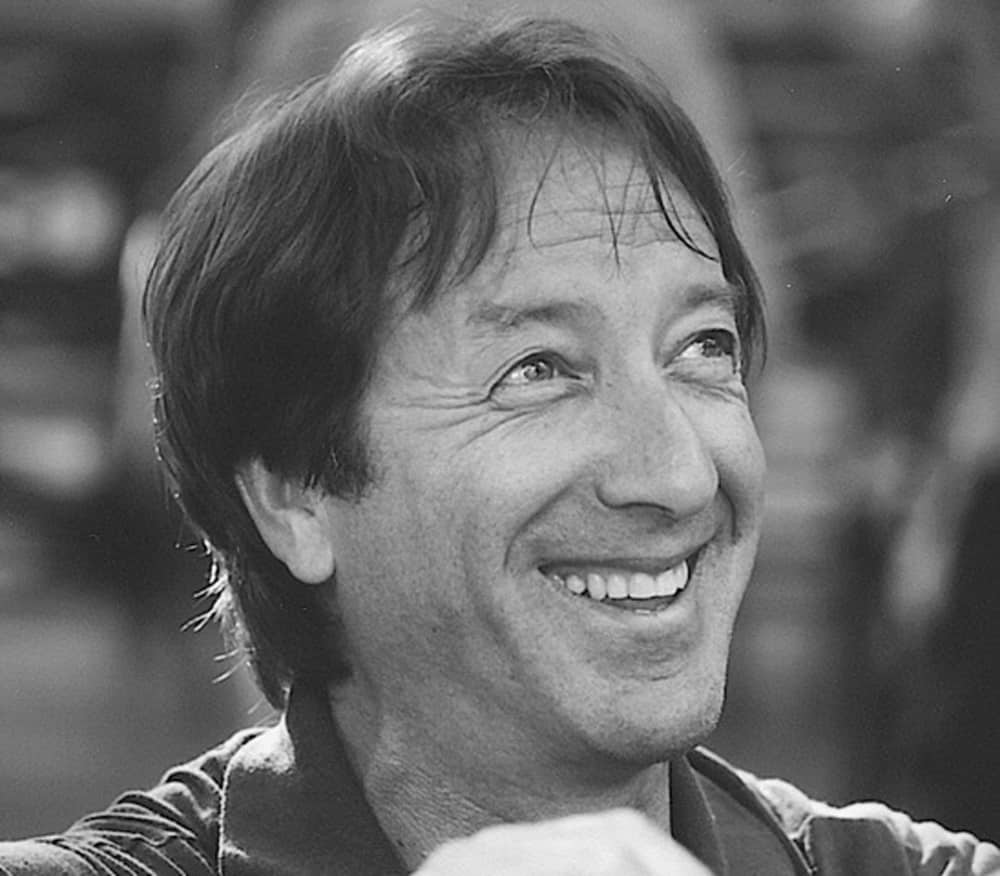 Some of the most intriguing performances of Unadilla’s 2015 season (its 36th) are the three installments of a “live documentary series” by Circus Smirkus founder and 2015 Unadilla Artist-in-Residence Rob Mermin, whom Blachly invited to perform his pieces in repertoire throughout the month of August rather than just give a single performance.

The series includes two older shows Mermin is reviving after a few years — Circle of Sawdust: The Mud, Myth, Magic, and Mayhem of Circus! and Silents Are Golden: A Celebration of Silent Film — as well as a new show, Adventures in Mime & Space: The Legacy of Marcel Marceau. All three, according to Mermin, are “a combination of live commentary from me on the stage, demonstrating techniques and telling stories, blended with various film clips. So it’s multimedia.” 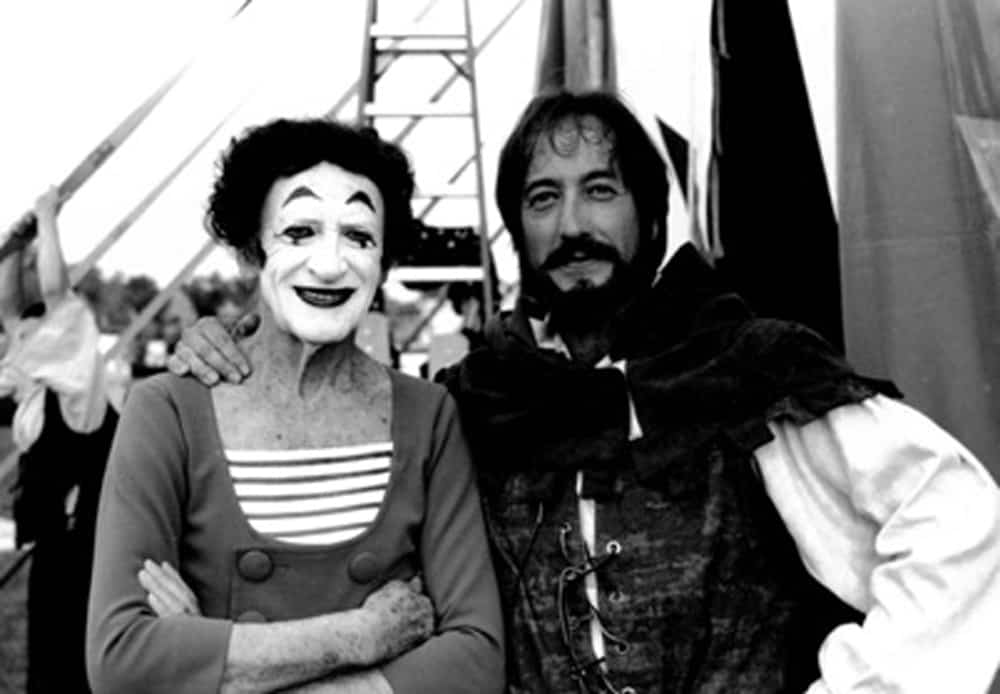 Rob Mermin and Marcel Marceau at Circus Smirkus in Vermont, 1999—his only appearance in a circus ring in his 60 year career | Photo courtesy of Rob Mermin

Unadilla’s unique environs have played a role in shaping Adventures in Mime & Space. “When I was working on this program over the past year, I would take it to different places — classrooms and some senior retirement homes — more as a lecture, and I think doing this in the Unadilla Theatre, which is a really nice, intimate stage to perform from, it will be more theatrical all around. I want to promote the legacy of my mentor, Marcel Marceau, because I don’t want him to be forgotten, and I believe the art of mime is being forgotten, and people don’t understand the depth of the art form.”

In addition to the live documentaries, Mermin is also hosting a series of free silent films on Monday nights in August, complete with full orchestral scores.