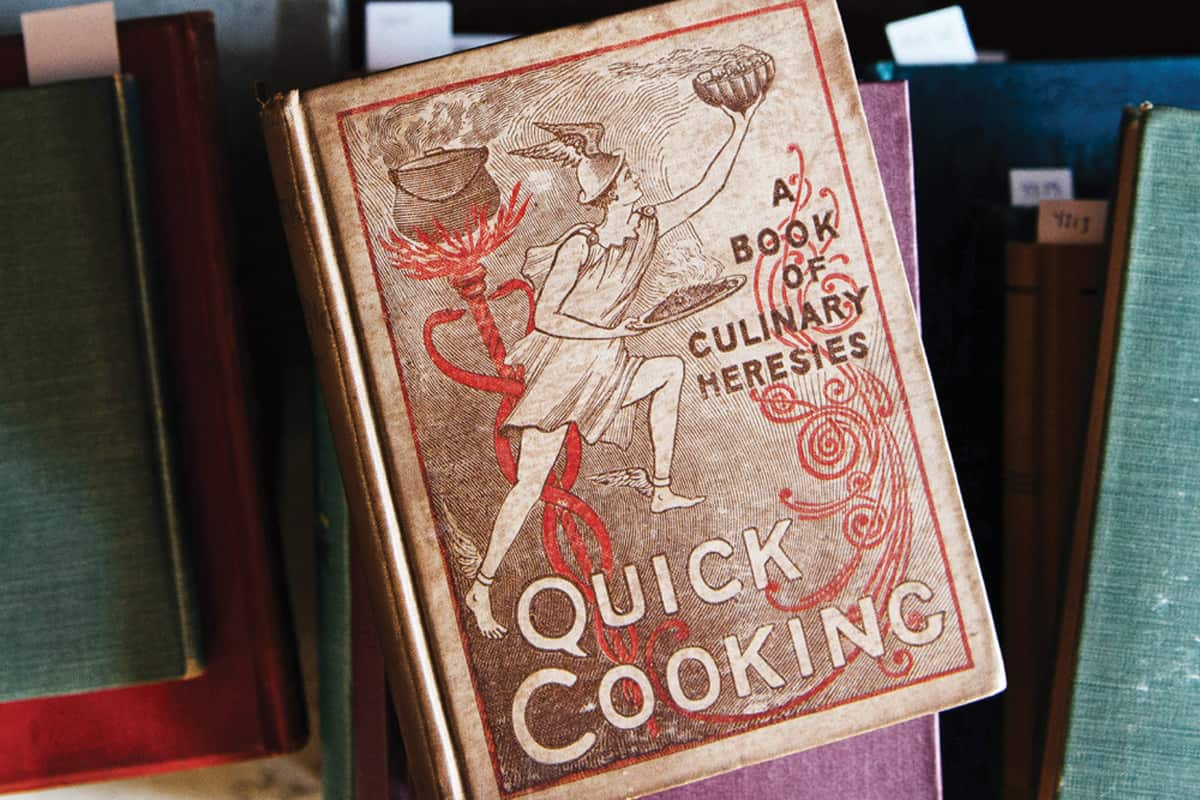 Rabelais is the finest culinary destination in Maine where there’s nothing to eat. This bookshop in Biddeford stocks the most up-to-date, most niche books on food and drink, as well as historical acquisitions that serve the cravings of scholars and food trends.

“Fermentation got hot, so I went looking for anything I could find on fermentation,” says co-owner Don Lindgren. “Before that, it was charcuterie.”

In addition to unusual books, Rabelais boasts collections of ephemera such as “Swinalia”—postcards and memorabilia of the late 1800s that feature pigs. The collection’s strength is in its mechanical postcards, many with cryptic political messages, including one depicting a sow continually issuing (via a paper wheel on a grommet) human babies into a Prussian’s helmet. 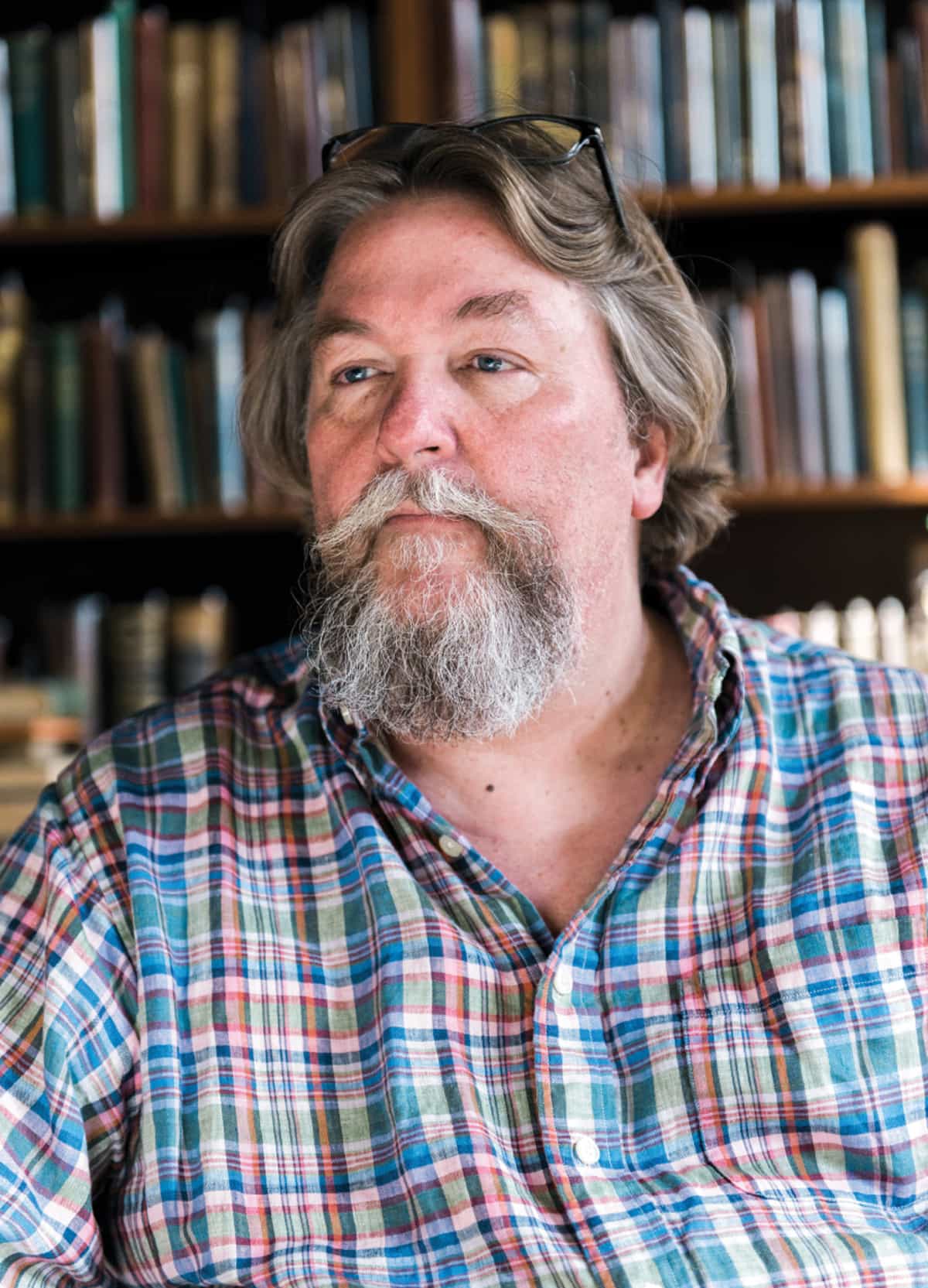 “The pig is giving birth to German imperialists or something,” says Lindgren, who, except for a stint in the ’90s as an A&R man for Sony Music International, has been in the book business for decades. He owns Rabelais with his wife, photo editor-turned-pastry-chef Samantha Hoyt Lindgren.

Less recognizably edible creatures populate The Market Assistant, an index to bygone food markets of the Northeast and what was in season in the mid-nineteenth century: terrapin, black bear, fancy rabbit, brilliant chub sucker, domesticated swan.

It’s part of a collection of early American cookbooks that looms over Rabelais’s space in a converted textile mill. There is ample evidence of the specialized texts that have characterized food publishing in the United States: recipes for industrious frontier orphans, recipes from the birth of southern cuisine, recipes to accommodate dietary restrictions. “All of the reform movements are represented in [American] cookbooks,” says Lindgren. “You look at French cookbooks [of that era], you don’t get any of this stuff.”

Women’s suffrage has its cuisine, and so do gold diggers—“social mobility” cookbooks or, as Lindgren puts it, “so, you’ve married a banker.” The intended audience of Quick Cooking: A Book of Culinary Heresies for the Busy Wives and Mothers of the Land may have been a less aspirational bride, intent on frying up some buckwheat cakes in a hurry, but its introduction reassures us that the purchaser could be fancy: “Even where there is a servant or two in the household the book should be a welcome acquisition, for time saved to the servant is help gained to the mistress.” If she ever needs to know when swan is in season, Rabelais has a book for that.

All photography by Cara Slifka