David Katz has had a couple of chairs in his possession for as long as he can remember. They’re family heirlooms, but after 20 years of constant shuffling between his various residences, they had become worn to the point of disrepair. Still, Katz was not ready to part with them. So he decided he would use them as centerpieces of his art, creating installations that use the chairs and unfired clay to make a statement about the fragility of life.

Katz, a faculty member in the ceramics department at the Rhode Island School of Design, has a new exhibit called Flextime showing at 3S Artspace in New Hampshire and it borrows similar themes. Chairs, Katz says, are particularly unique objects in that their physical form implies the body but shown by themselves they also amplify the absence of the human form. By using old chairs—many of which have been rescued from salvage bins—and clay in its purest form in breathtaking installations, Katz presents the exhibit as a marker of time and change.

Unfired clay is an especially good medium to work with as it starts out wet and slowly cracks over time, Katz says. “I think of it as this living stuff and you can get an immediate, tactile reaction in a very visceral way,” he says. “You give the installation life and then you watch it go through this transition where it starts to get covered with cracks. Every crack is a marker of the passage of time, and that’s built into the art.” The fact that the installations are temporary—from a period of days to months—adds to that temporal feeling. 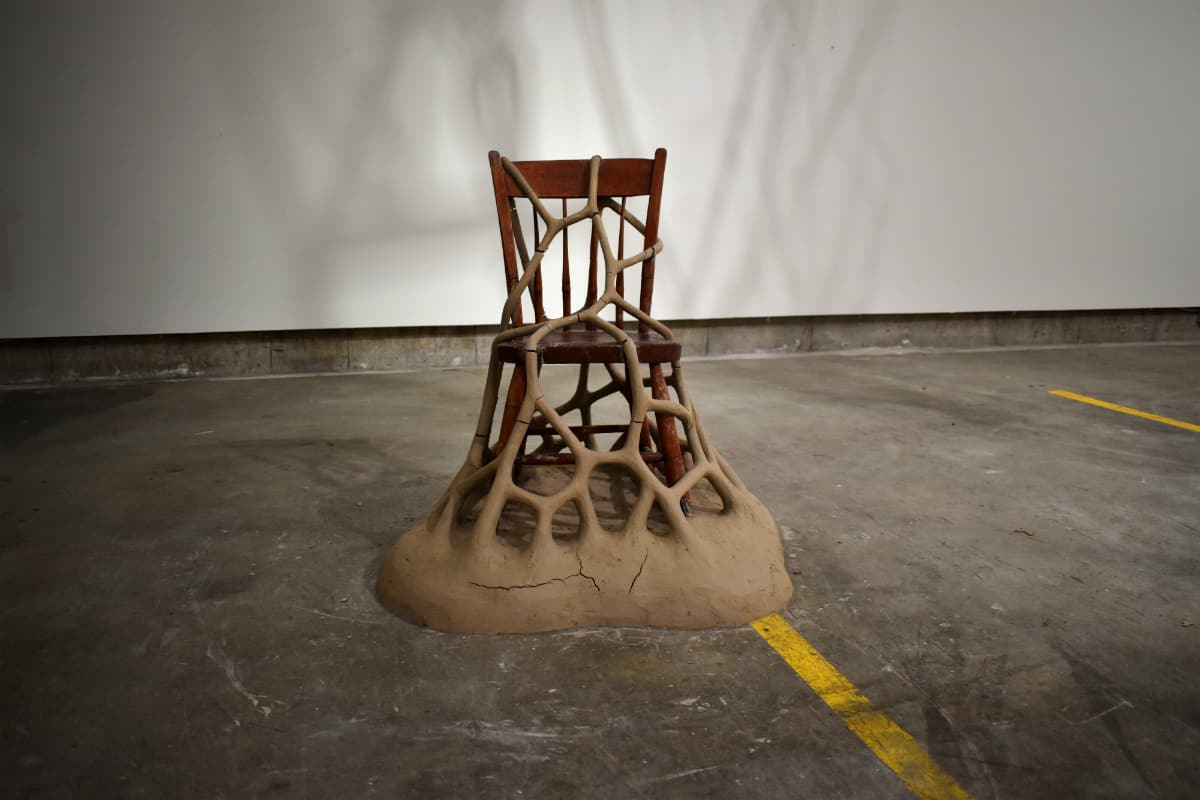 Liminality of Innocence and Loss. Photo by David Katz.

Katz maintains a studio practice in Providence while teaching full-time. As an instructor he believes it’s important to communicate honestly about the work you’re invested in. “I’m really focused on trying to open up pathways for students to find a voice that’s honest and uniquely them,” he says.

Katz shares his love of the medium of clay with his students reminding them about the incredibly rich history behind the material. “I want them to understand the context of its cultural narrative along with art history and contemporary use, to really know the rules, so they can then break them.” 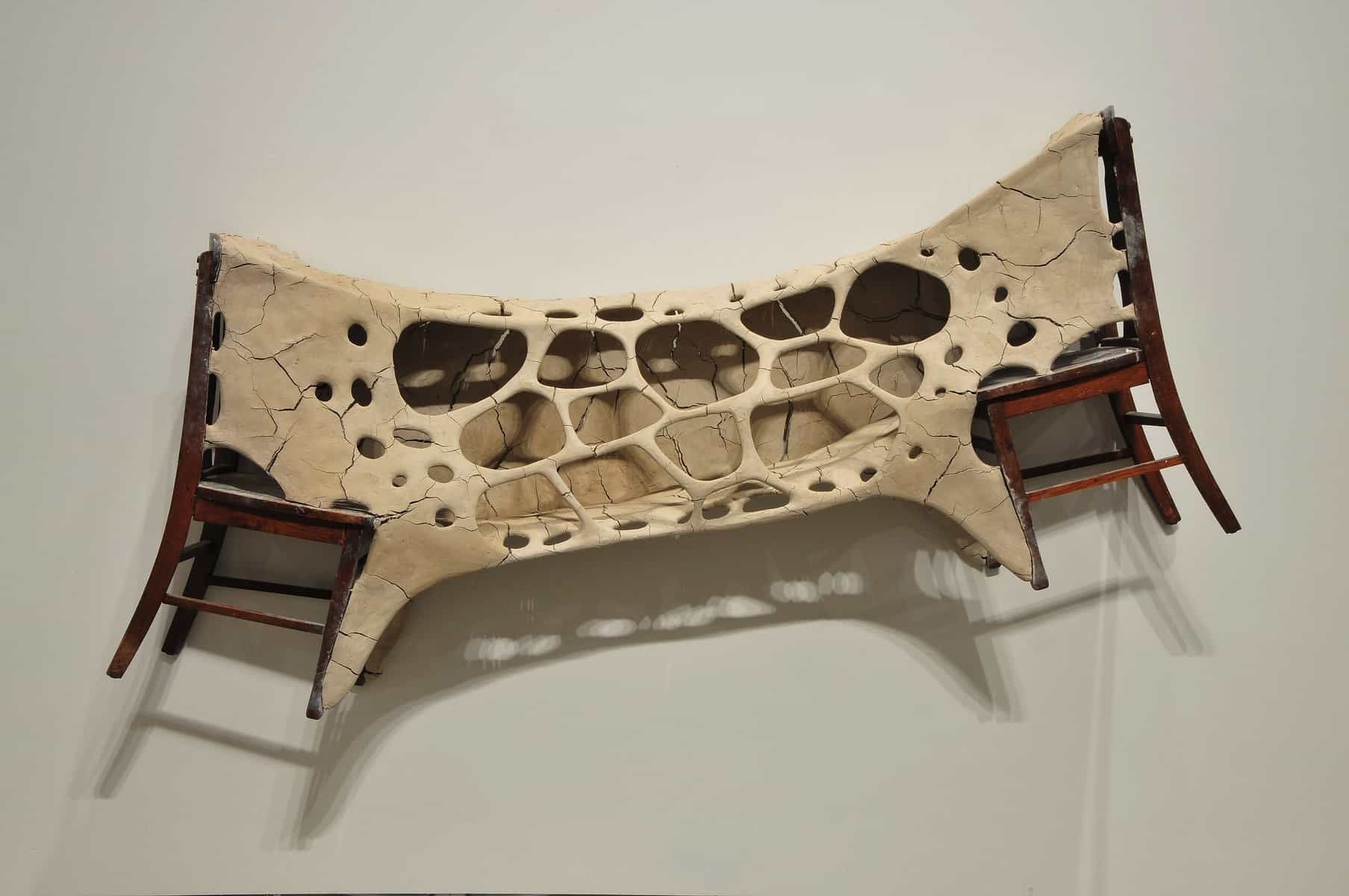 Katz applies the same principles to his own art as he explores the juxtapositions in life through found objects and ceramic principles. When he bounds found objects like chairs with clay, he’s swallowing them up and the chairs are simultaneously breaking free, he says. “It appears that this object has agency in that it is being wrapped and consumed but then it’s also cracking and falling apart.” 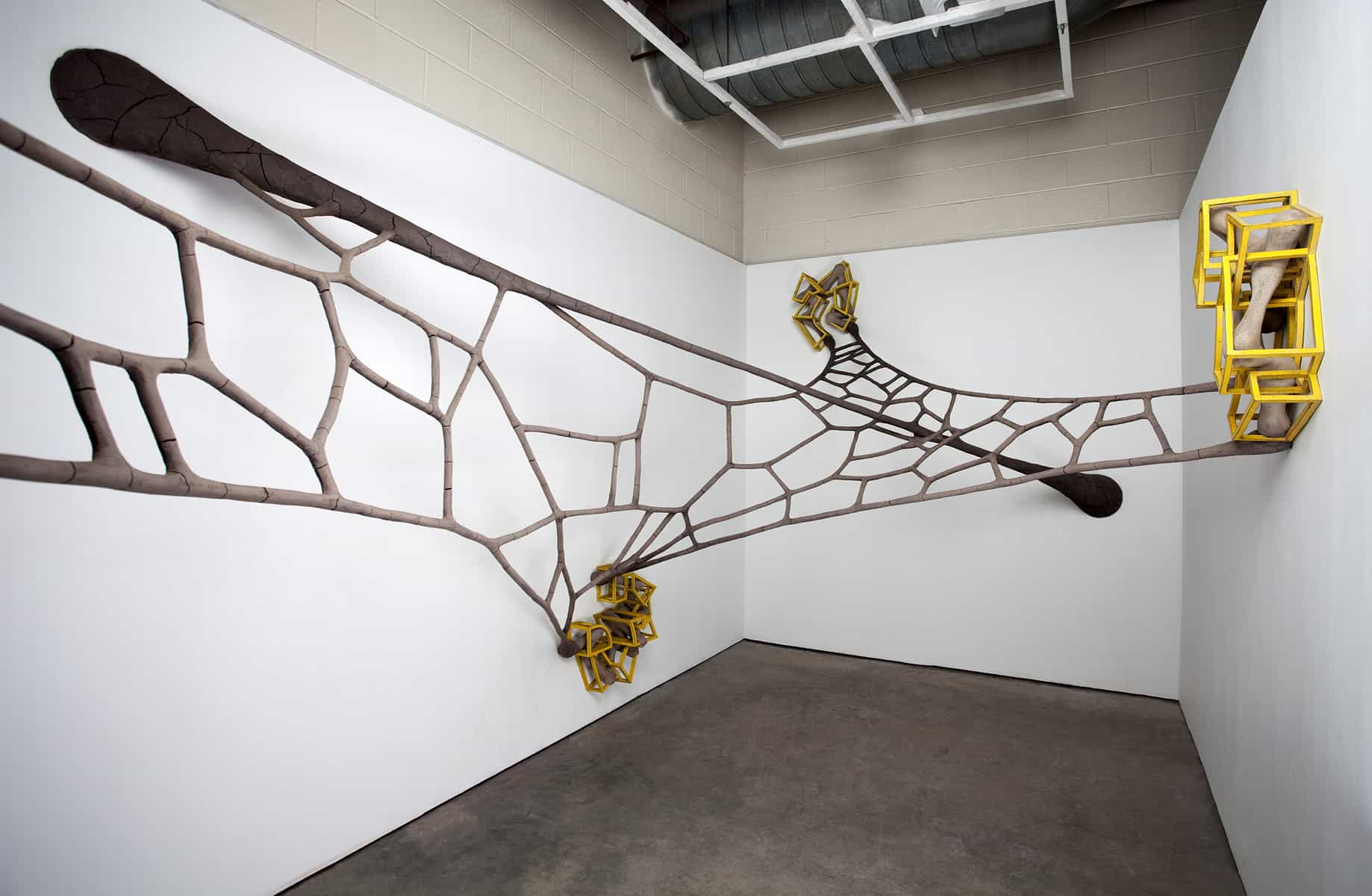 Every Which Way (scaled). Photo courtesy of David Katz.

In one sense, Flextime might well be a statement about the histories of families, Katz says. After all, they are bound together by blood ties even as each individual tries to carve his or her own unique identity. “I love these in-between places where there’s that constant push and pull, that constant tension.”