The title for Abba Cudney’s group show, Things I Have No Words For, could not be more appropriate. Even before Cudney graduated from the New Hampshire Institute of Art, she had always been keen on exploring the concept of memory, something she quite didn’t have the words for.

The prints that Cudney will include in this show are ones she started in her senior year in Manchester. Most of them are scenes of the interiors of homes and fit the theme of the show really well, says the visual artist who now makes her home in Providence, Rhode Island. “These prints allowed me to think of the theme in a new way and to primarily explore the meaning of memory of a space whether it was lived in or I frequented.” 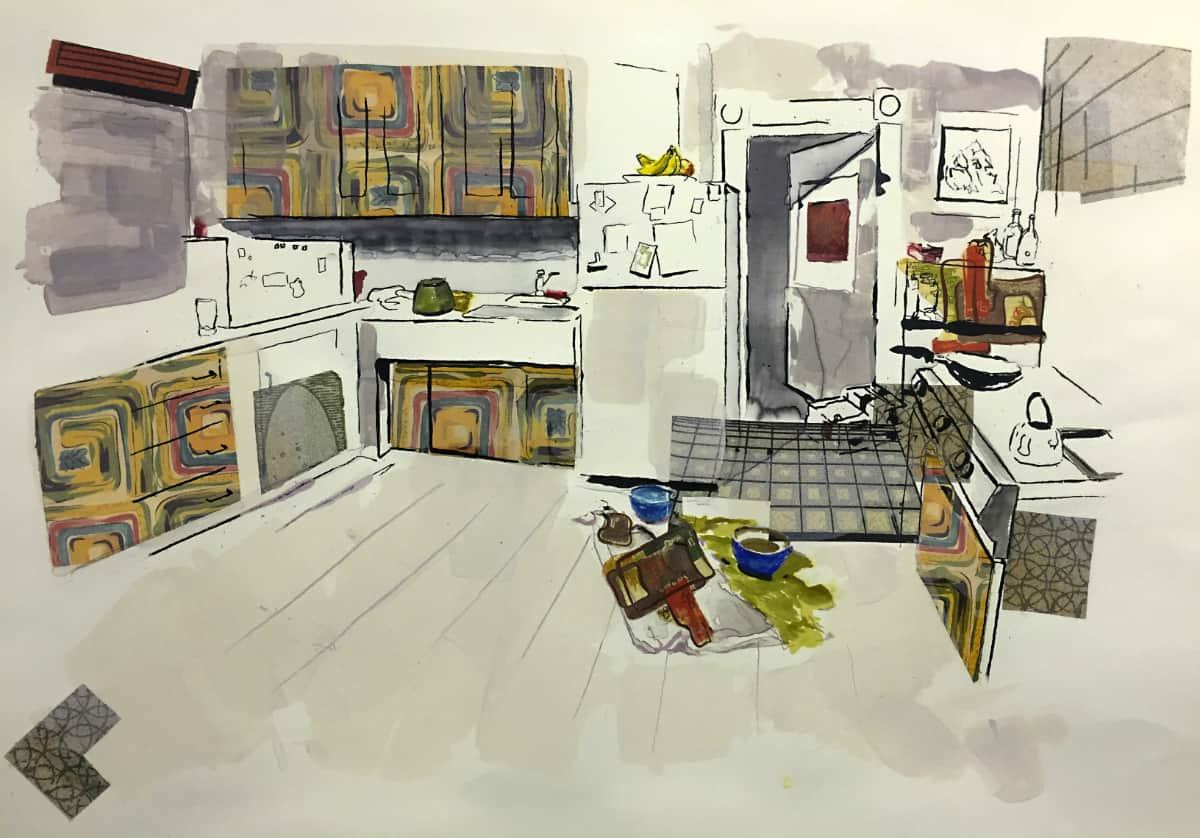 Suddenly Everything Has Changed, Part One.

In her artist statement Cudney says that she is “attracted to documenting specific moments in time within an interior space. Not only the moments themselves, but also the essence. I am able to decide what is important to me, and what can be left abstractly for the viewer to interpret.” It is important, Cudney says, for all art to have a level of relatability, and she is delighted that her paintings and prints of rooms and interiors resonate with her viewers. “It might be a specific bedroom, but I was glad that people are relating to it in their own way,” Cudney says. “My biggest goal is to focus on memory and to capture the fleeting moment of memory that spaces can bring.”

Cudney says that bathrooms and kitchens especially lend themselves well to juxtapositions, as bathrooms are the most private of places, while kitchens are for communal gatherings. “It really struck me when I moved into my first apartment while I was at school and it was an epicenter where everyone gathered, always a mess,” she says. ‘It’s also this idea of sharing a space that I wanted to explore especially as I am starting to make my own idea of home.” 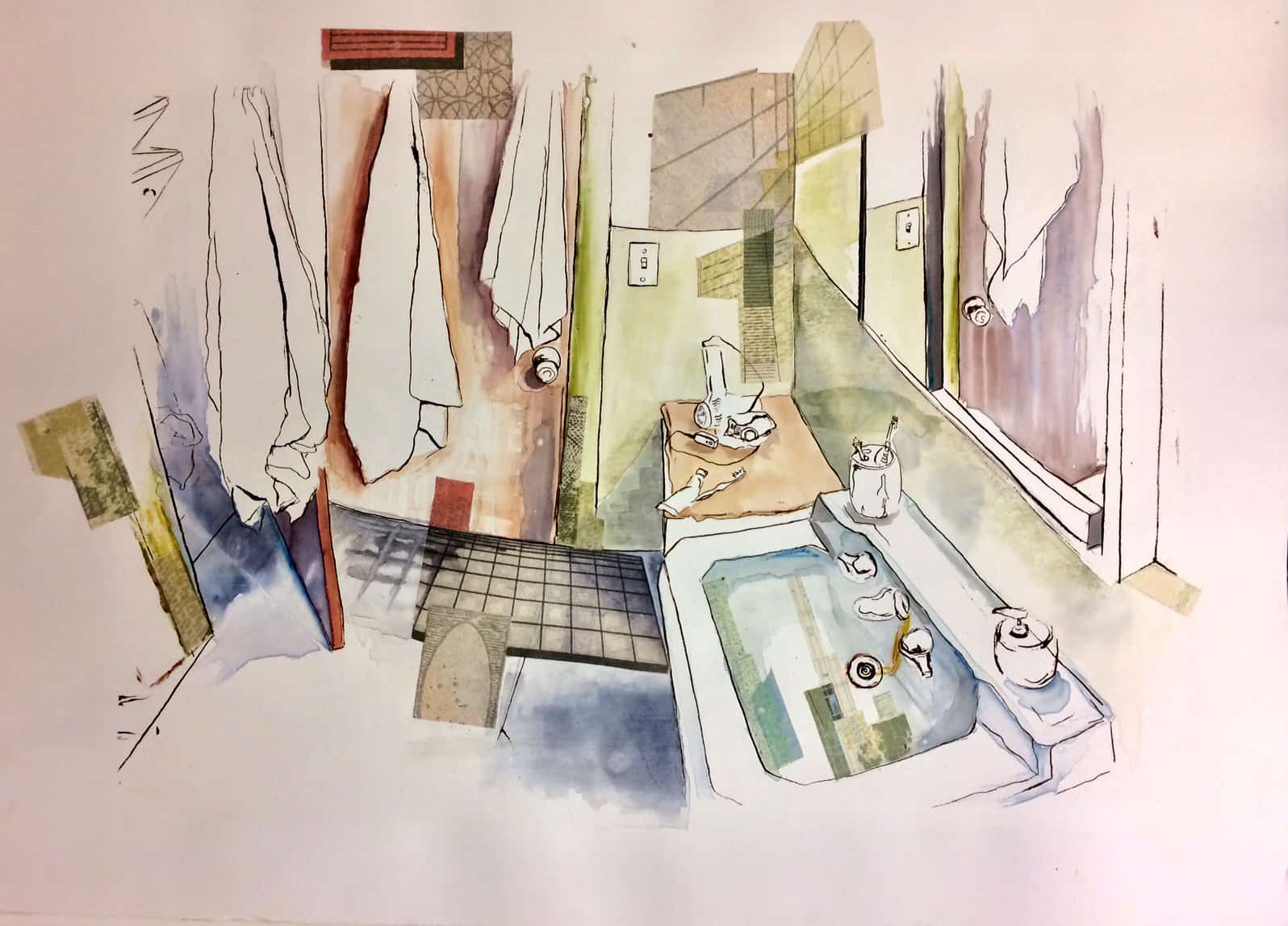 Cudney works as an assistant at the Providence Art Club and also teaches printmaking there. Despite being a recent graduate and a young artist, the concept of nostalgia resonates deeply with her. In her work, Cudney says, “remnants of the under painting and spray paint reveal themselves as if past and present are meeting.” It jives well with the idea of moving into a new place. “I started to think what happens when people repaint a wall or put up their own objects,” she says. “It’s sort of like covering up the past and that idea was spinning in my idea for a while — this concept of past and present and memory and what that all means.”