Brad Rohrer would rather not rock the boat. His partner in comedy, Chuck Staton, however, admits he won’t even get on boats if they seem like they might remain still. It is only natural then, that their amalgam of a humor/art weekly production, the Chuck and Brad Podcast, is called Agreeing to Disagree.

The podcast is dedicated to covering Rhody artists and also national ones who make it through the local circuit. Who gets covered is mostly a combination of access and timing, Rohrer says. The shows focus on music, movies, books, games and has featured interviews with Rhode Island artists such as Jim Nellis from Rhode Island Food Fights, the owners of Boneheads’ Wing Bar, storyboard artist Jay Mayoh, Disney artist Nick Kole, and bands including The Copacetics, The Down and Outs, and Bad Larry.

It was around 2009 that Staton was looking to update the website for his band Senior Discount, with regular content. By this time Rohrer had already met the ex-bassist at Senior Discount through the improv circuit in Newport. “The band had done a lot of online comedy videos to promote our albums and shows, much like a sitcom, and when I saw Brad I knew he’d be hilarious to add to the world we created in our videos,” Staton says. 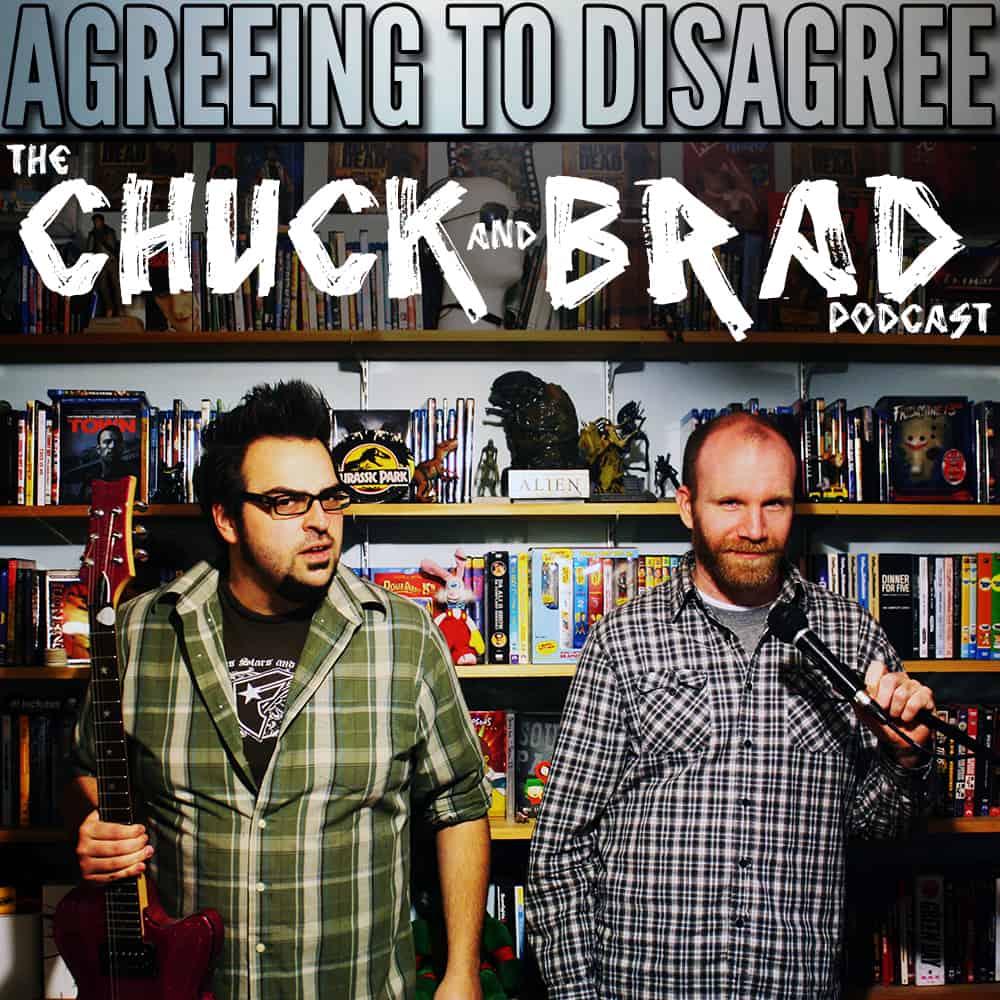 The weekly podcast was born and has stuck to examining the artist’s life and discussing the art that the two love. The podcast, Rohrer says, gives the duo a reason to talk about anything that interests them “in a real way” every week. “It’s easy to talk about a movie or about feelings, but being introspective about either of those things can get lost in the shuffle,” he says. “By recording what we say and why we say it, we have to examine things in greater detail than we normally would.”

The duo has had many successes including the 2016 Christmas episode, which Staton says was the most memorable because of the spontaneity and memories created. For Halloween this year, the duo did a live comedy show at Providence’s Comedy Connection, which was very well received. Staton is grateful that the Comedy Connection did not rein them in at all. “They let us do whatever we wanted even if that meant electrifying a Jack-o-Lantern on stage in an attempt to shock audience members.”

Sponsorships have helped with production costs but the podcast is also mostly a labor of love. “If there was no sponsorship money covering our server costs, we’d still be doing it every week,” Staton says. “Brad would be selling his plasma to cover them.”