It was only a matter of time. Newport Storm Brewery head distiller Brent Ryan had been brewing beer since 1999 with his business partner, Derek Luke. Borrowing on Newport’s illustrious history as the Rum Capital of the World in the 18th century, the duo branched out to distilling rums with Thomas Tew Rums, named after a Rhode Island pirate. Their latest venture marries both the beer and rum-making traditions in a way.

“We were already working with malted barley everyday because of the brewery and distilling rum so we decided to work with the two and decided to lend an American twist on the whiskey,” Ryan says. Sea Fog American Whiskey is the parent Newport Distilling Company’s latest production and is made from pale and peat smoked malts.

The best Scotch whiskies come from islands off the west coast of Scotland, Ryan says, and Newport has a similar climate, which makes its way into the spirits brewed here. “There’s a salt-like air element that works into the whiskies as they age,” he says, “and we felt being on Aquidneck Island that a similar process would create the right style of whiskey for us.” 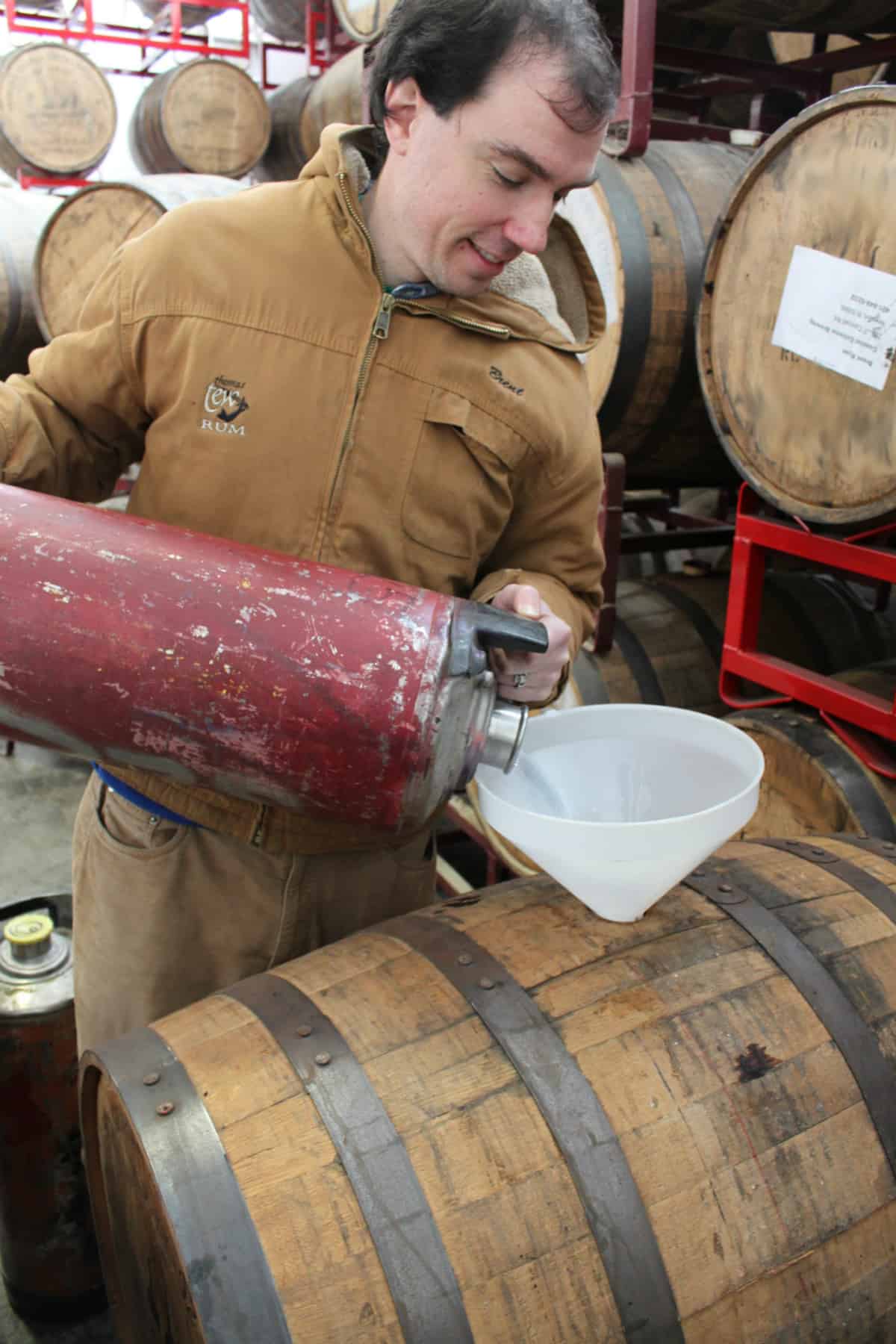 Ryan says that American whiskey is traditionally made with grains that are turned into mash — a bit of barley or corn or wheat. The material is fermented so the final product has the liquid and the trace of grain husks, Ryan says. But Sea Fog is made following the Scottish tradition of pulling all the liquid off the grain. It’s essentially distilled and then laid down to ferment. “It’s why when the Americans make whiskey, they talk about their fermented material as mash and the Scots refer to their fermented material as beer because the Scottish method more closely follows the process of beer-making,” Ryan says.

The barrel-aging process adds a special twist to the final flavor, imparting notes of vanilla and oak, Ryan adds. Having the beer brewery as a steady source of business has allowed for more creativity and experimentation — and time. Sea Fog has been eight years in the making. And while quite a few craft distillers buy spirits from wholesalers and use that as a canvas, Ryan says, every stage of the spirits are made on site, which also gives more control over the process.

Next up? Newport Distilling Company’s take on Amaro, an Italian liqueur. “We’re really excited about it. It’s going to be on the bitter side, so great for cocktailing,” Ryan says. Particularly important for him is to keep the rich tradition of the city alive in the craft creations. “The authenticity is important for us/ It’s certainly how they would have been doing things here 250 years ago so we always keep that in mind.”