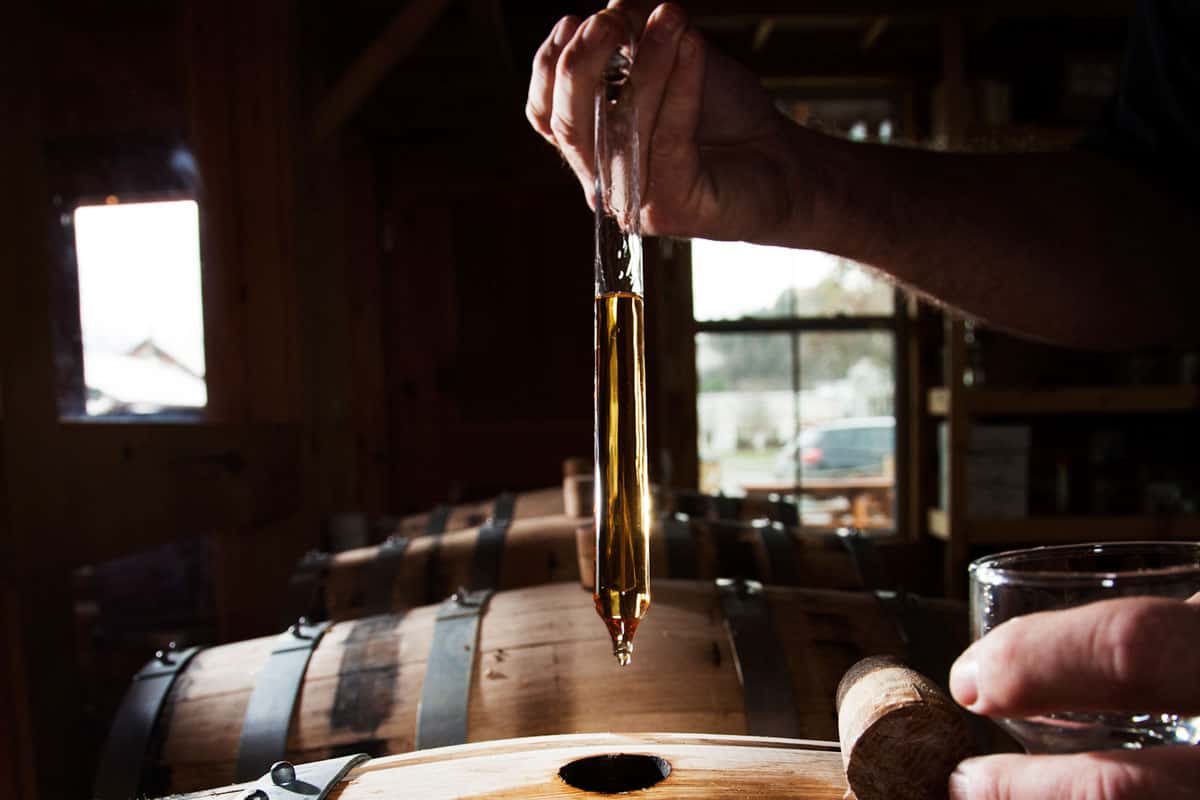 My glass holds an impeccably clear gin. The aroma of juniper berries is on the nose. The effect is like having the lapels of my jacket tugged down to improve the fit: It has my attention. This gin from Windsor, Vermont’s SILO Distillery is 45% alcohol by volume, or 90 proof. Alongside the juniper, there is another presence, a faint sweetness like summer corn pleasantly balanced by dryness. The finish is akin to calvados. Another glass holds a light amber liquid with tones of green: colors of Vermont autumn. It is SILO’s Reserve Gin, the result of gin resting in American oak barrels first used to create SILO’s bourbon. It is delightful. Vanillins and char round the juniper and dryness, drawing out subtle fruit aromatics.

Drinks sage David Wondrich believes that “story makes a drink taste better.” And it’s true—the savor of SILO’s gins (along with its vodkas and whiskeys) is also in the company’s story. After years working for biotechnology and medical companies, eighth-generation Vermonter Peter Jillson wanted to get back home. With his life and business partner, Anne Marie Delaney, he settled on the idea of crafting spirits that deeply reflected Vermont. Jillson and Delaney dug into Vermont agriculture with experts from the University of Vermont and studied distillation at the University of Michigan. Today, SILO’s story mainly takes place in and around its soaring, wood-timbered distillery-barn. Here arrive sacks of corn and rye grown on a family farm in Rutland, Vermont. Here, just off I-91 in “Artisans Park” on the Connecticut River, which SILO shares with the Harpoon brewery and other shops, the grains are milled and fermented. In a gleaming still from renowned German maker CARL, the fermented grain is distilled to spirits. For the gin, a second distillation with juniper berries and local apples does the trick. Barrel aging and bottling happen in SILO’s barn, around the corner from its tasting room and events loft. Out back, a pig farmer harvests the spent grain, turning what might have been waste into valuable feed.

Distiller Chris Maggolio captures SILO’s story perfectly by saying he considers the spirits “to be a food.” Why does craft distilling fit so well with the locavore and slow-food movements? Because it is the same thing: farm-to-table is farm-to-flask. I delighted in SILO Distillery’s gins not only for their physicality, but also for the story of community and sustainability that put them in my glass.