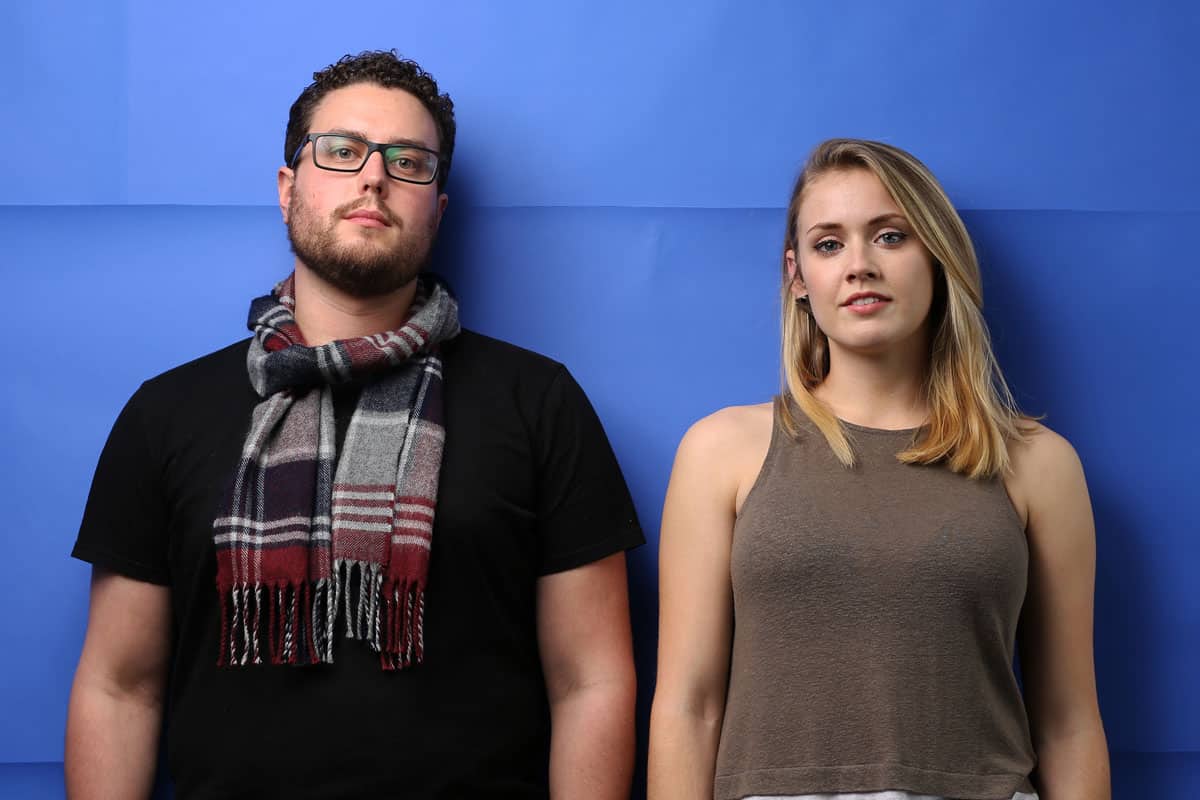 Bostonians Anthony Caro, owner of the online fine goods retailer Craft & Caro, and Marie Thompson, designer at the Boston Bag Company in Charlestown, Massachusetts, became friends when Thompson began designing bags in 2014 just after graduating from the Massachusetts College of Art and Design (Mass Art). Craft & Caro, which started in 2012, carries Boston Bags. Caro and Thompson got together for a conversation recently and started by discussing how their careers began.

CARO: I studied entrepreneurship at University of British Columbia and then at a tiny specialized school on Vancouver Island called Royall Roads University. After school, I was looking for a company to start. [I decided to] sell the products that I used myself. I had always been passionate about made-in-USA, high-quality products that last a lifetime and are authentic.

THOMPSON: I’m an industrial designer and, more specifically, a soft goods designer. I kind of ended up merging my love of sewing that I had since I was a little kid with industrial design. [At Mass Art], I was working on a project where I was designing leather handbags, and a faculty member said, ‘Oh, you should meet my friend Andy [Wise], who has this company, and they make these bags, and he’s been wanting to do some new designs.’ They have a canvas tote bag that they’ve been making since the late ‘20s that was a tool bag for the linemen building powerlines across the country. It was super heavy duty for them to fill with scraps of wire and tools. You’ll still see these bags hanging on the back of utility trucks, all dirty and banged up. I designed their Revival Series and created the brand identity for them.

CARO: I bet it’s nice for people in Boston to have something that can show their pride that doesn’t have a sports team logo on it.

THOMPSON: Our products sell very well locally. We’re in, I think, seven or eight different stores New England, and we’re starting to spread westward. And actually, we’re in Japan now–we’re going to be carried in a few stores there.

On other New England-based creatives who inspire them

THOMPSON: Luke Aaron–he’s a fashion designer based in Boston who does beautiful work that’s very geometric but also has this really nostalgic feel to it. He has a shop in the North End called Fleet Street Guild that carries Boston Bag but [also] has a great selection of antiques and curiosities and locally made items.

CARO: I always like to find out about new local creatives. They seem to be coming out of the woodwork these days. I would have to go with Mason Hainey of MIZU. I carry his candles at Craft & Caro, which everybody absolutely falls in love with. They’re hand poured by Mason himself in Tolland, Connecticut. He also designs ties and a tiny collection of other menswear items. He really has an awesome aesthetic, and he puts a lot of thought and detail into everything that he does.

THOMPSON: I have one of those candles, and it’s sitting on my desk right now. Mountain Bamboo. I’ve been loving it.

On why they live and work in Boston

CARO: I’m originally from Montreal. [My family] moved to Concord, [Massachusetts], when I was 12, and then I went back to Canada for six years to go to school. As much as I loved the West Coast and the chill vibe and all that, I kind of missed the hard edge of the East Coast and the hustle and bustle. I think that Craft & Caro is in a unique place–as is Boston Bag–to be part of the maker movement in Boston, which is still in a very nascent stage despite the abundance of makers and creatives and patrons of the arts. I still get a lot of sticker shock from people when they realize how much it costs to buy stuff that’s produced right here.

THOMPSON: Yeah, I would have to agree. But even though Boston’s a little bit behind with the whole maker movement, it makes me kind of appreciate the community of local artisans. There’s a little bit more of a nitty-grittiness, where people are really determined to get their product out there, and there’s a bit more passion behind it.

I’ve been in Boston for four years now. I’m originally from Midcoast Maine, the most beautiful place in the U.S., I believe.

THOMPSON: I’m a real New Englander. I’m not a real Mainer. Both my parents are from upstate New York. So we are not real Mainers. (laughter)