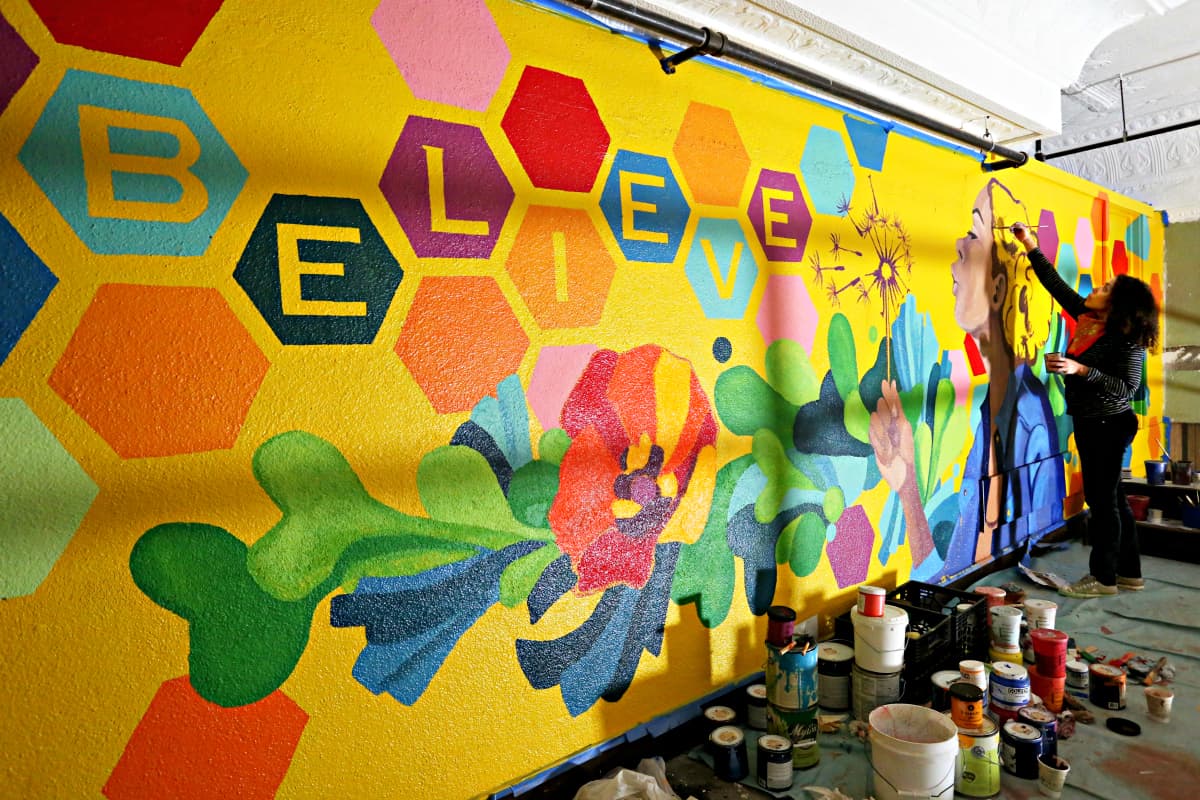 Dominican-American artist Silvia Lopez Chavez is teaching Boston about the power of art to transform communities.

Artist Silvia Lopez Chavez has been collecting packing protectors and nailing them up on her studio wall. A combination of corner protectors and various holders for retail items, all made of paper pulp, the assortment looks a bit like a 3D, topographical map. But this isn’t an installation, or a new project that she’s working on: Chavez is simply storing them until she can figure out what to do next. “Paper is one of my most beloved mediums,” she says. “I have seen piles of these paper pulp packing items out in the dumpster behind my studio, and they are just beautiful. I am trying to figure out how I can utilize them rather than letting them go to waste, so they have been slowly building up on my wall.” 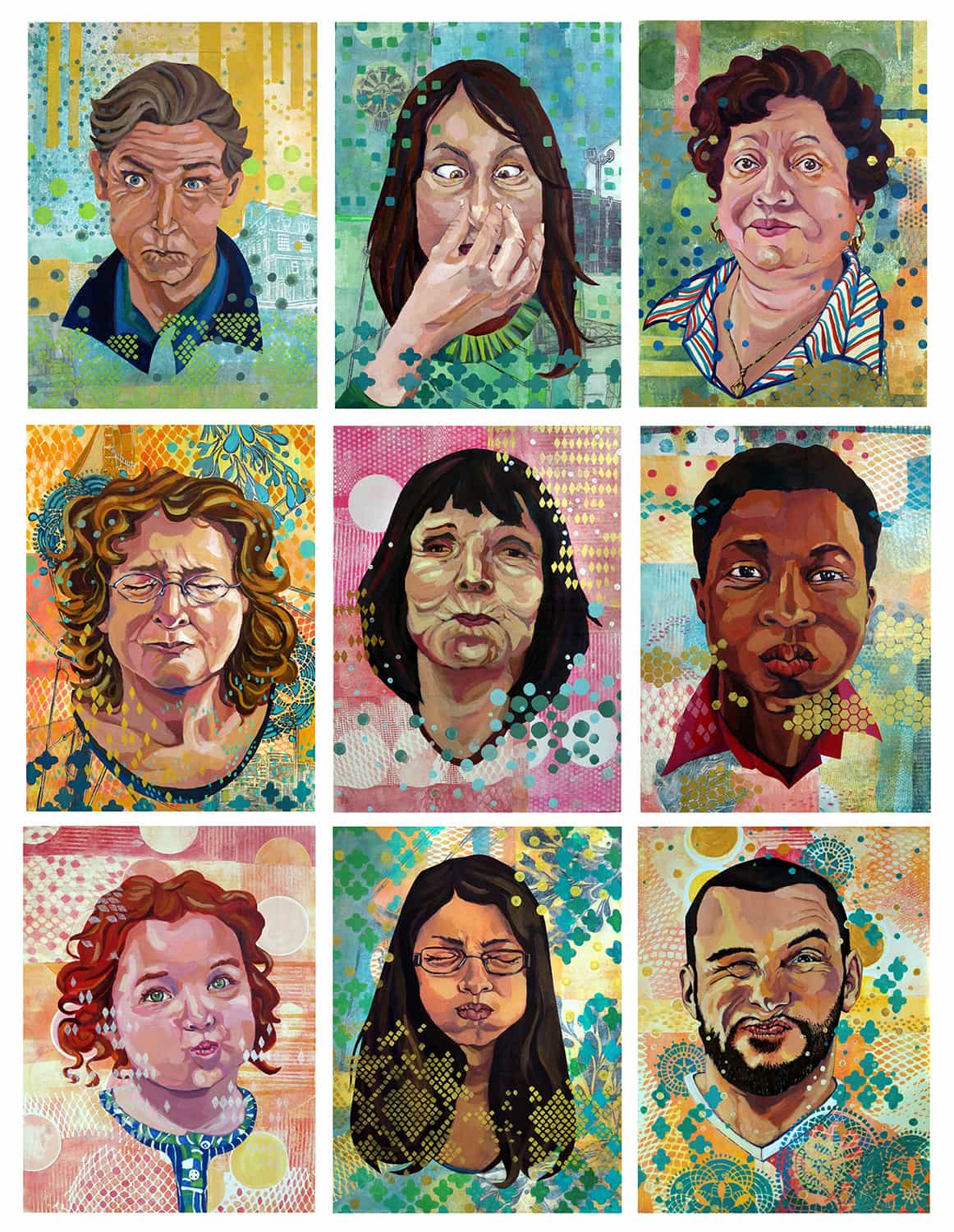 Fresh Air explored the environmental and political aspects within air quality issues in Chelsea, MA, inviting the community to participate by sharing their story and serving as models for mixed-media portraits. The one-year project was partly funded by a LCC, Massachusetts Cultural Council grant | Photo courtesy the artist

Chavez breathes art in her daily life. On any given day, she can be found fervently working away in her studio at the Boston Center for the Arts, where she is also a board member, or collaborating on brightly colored projects with children at the Boston Children’s Hospital, where she is an artist-in-residence two days a week. While in her studio, Chavez concentrates on making her signature layered multimedia works that utilize a mix of monoprint, illustration, watercolor, and collage. “I love color,” Chavez says, “and illustration is something I always go back to. I am an illustrator at heart.” In her series, Fresh Air: Portrait of Chelsea Project, Chavez focused her talents on the residents of Chelsea, her home court in Boston. The series of portraits addresses the growing health problems in her neighborhood, due to the high density of diesel trucks commuting through it to service greater Boston. As she notes on her website, “Chelsea is the third most environmentally overburdened community in Massachusetts.”

Chavez’s passion for her community is also deeply interwoven with her love for working with children. Her current artist residency at the BCH has opened her eyes to the capacity of art to heal. “It is hard in some ways,” she says, “but also very beautiful, because you are able to really see the power of the creative process, which is something I greatly believe in. The power of the creative process to heal, to connect, as a way to engage in something different and connect with yourself and with others.” Chavez teaches the kids at BCH how to do collaging and printmaking, much of what she does in her studio. “They get into that mode of making and completely forget they are at a hospital in a room full of cables and machines,” she says. “Instead, they imagine this world of color and characters; all of the sudden, they are not in the hospital, they are in their imagination.” 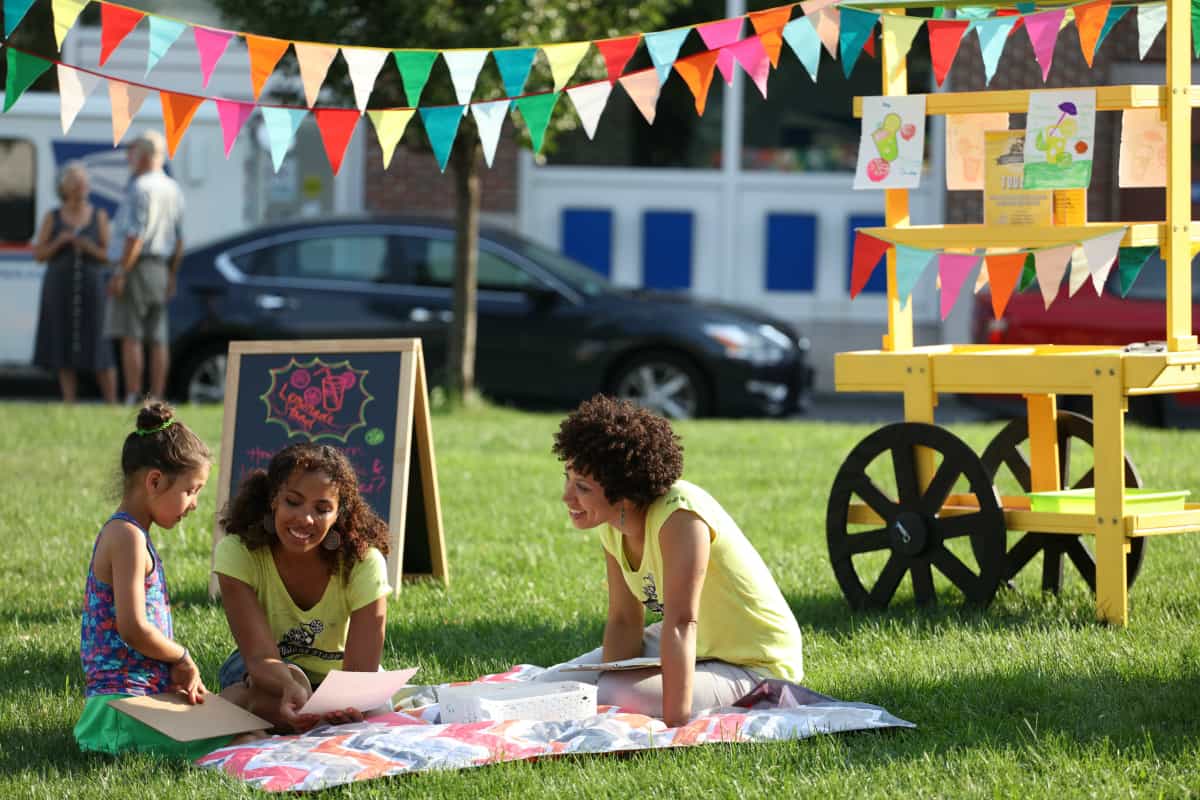 A series of collaborative pop-up art installations throughout Boston with artist Elisa Hamilton. The artists invite the public to identify their “lemonade.” Project was funded by the New England Foundation for the Arts Creative City Grant. | Photo courtesy the artist.

In the summertime, Chavez focuses her energy on public art. Last summer, in collaboration with artist Elisa Hamilton and with funding by the New England Foundation for the Art’s Creative City Program, she completed a pop-up series of “lemonade stands” in association with the Eliot School in different neighborhoods around Boston. Lemonade Stand was used as a project to bring children and their families together, to “identify their ‘lemonade’—that positive motivator that helps each of us rise above challenges, turning the sour to sweet in our day-to-day lives.” Other projects include creating public art and murals with teenage girls through a free program at Raw Art Works, as well as her own commissioned murals and public art projects.

Silvia Lopez Chavez might very well be the wonder woman of the Boston art scene. Her practice and artistry can be found on city walls as well as in galleries, public schools, and hospital corridors, lighting up the lives of children and adults alike. Unsurprisingly, she has many things in store for 2017, including two murals that are currently in the drafting process, as well as a series of mixed-media illustrations called Imaginary Islands that will debut in the spring. “I always have a hundred things brewing in my head because I get bored so easily,” she says. “I find myself constantly coming up with projects because I need to create for myself.” Details for these shows are still in the works, so we’ll keep you updated on dates and showings. 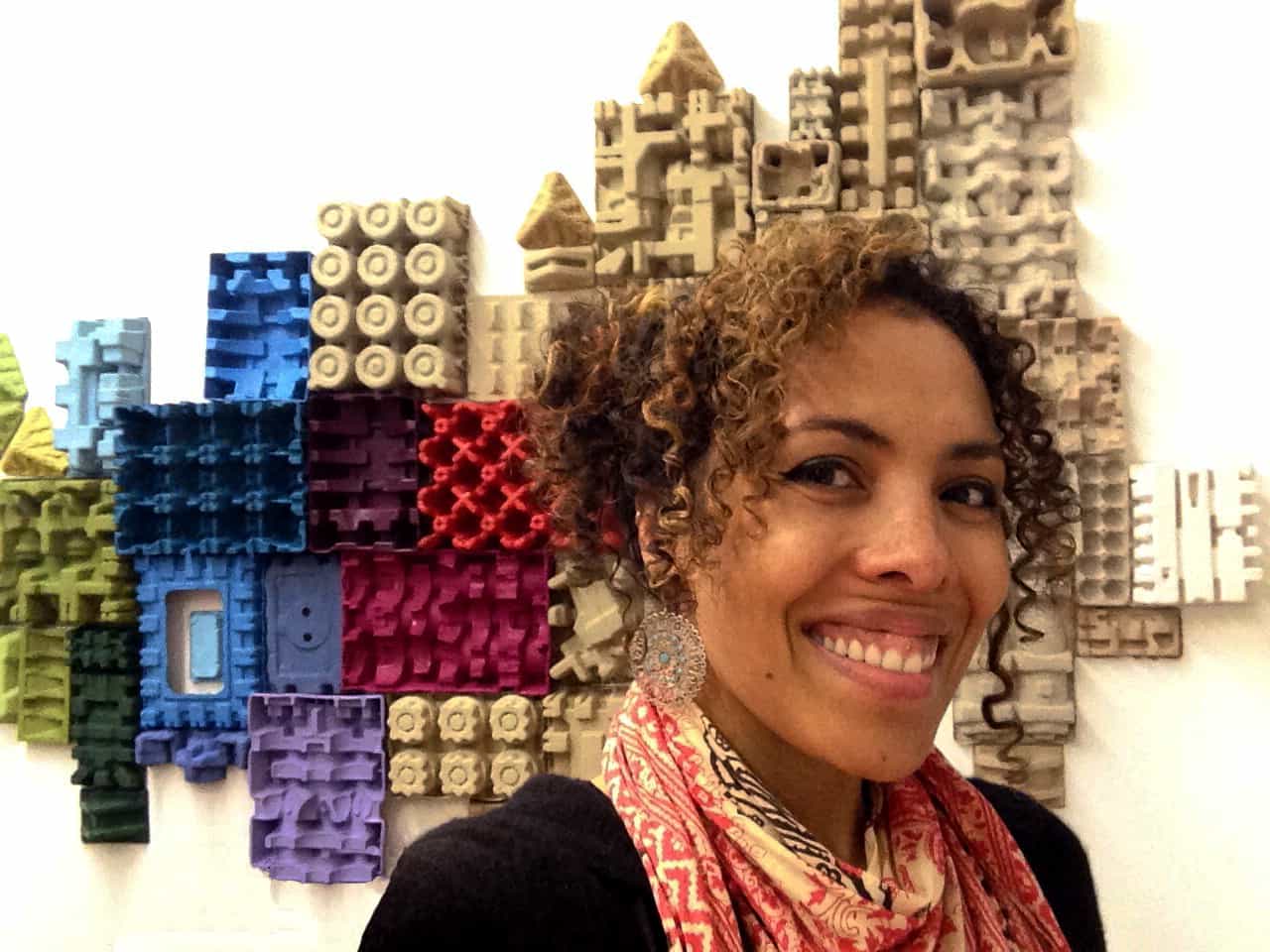 Chavez at the studio. The project behind is a work in progress, using found recycled pulp paper packaging | Photo courtesy the artist. 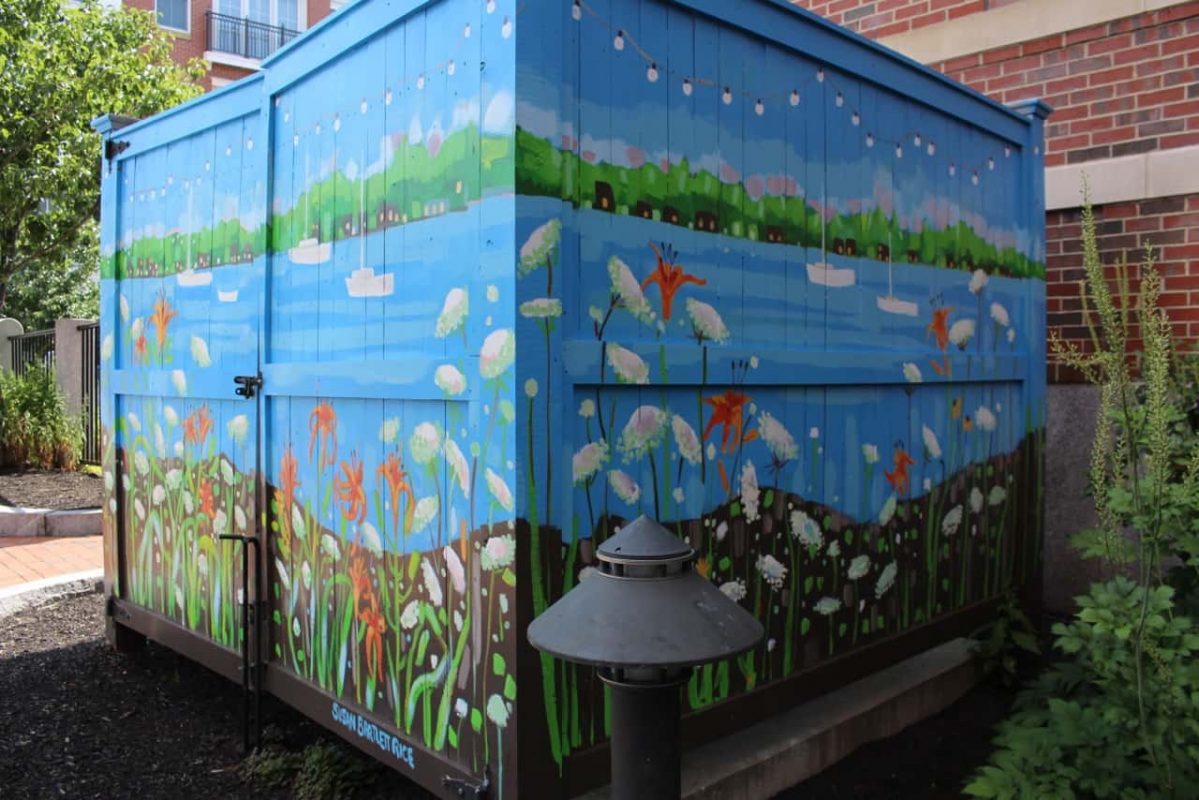 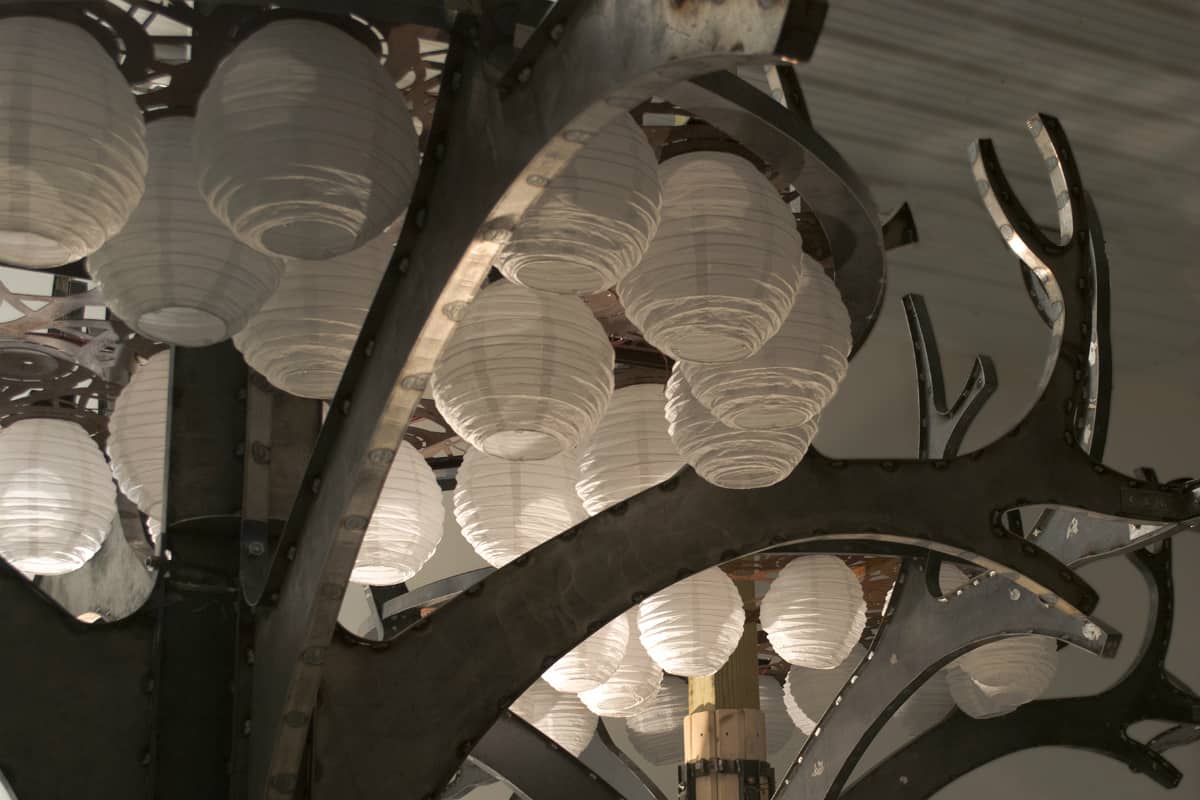 Every Move You Make