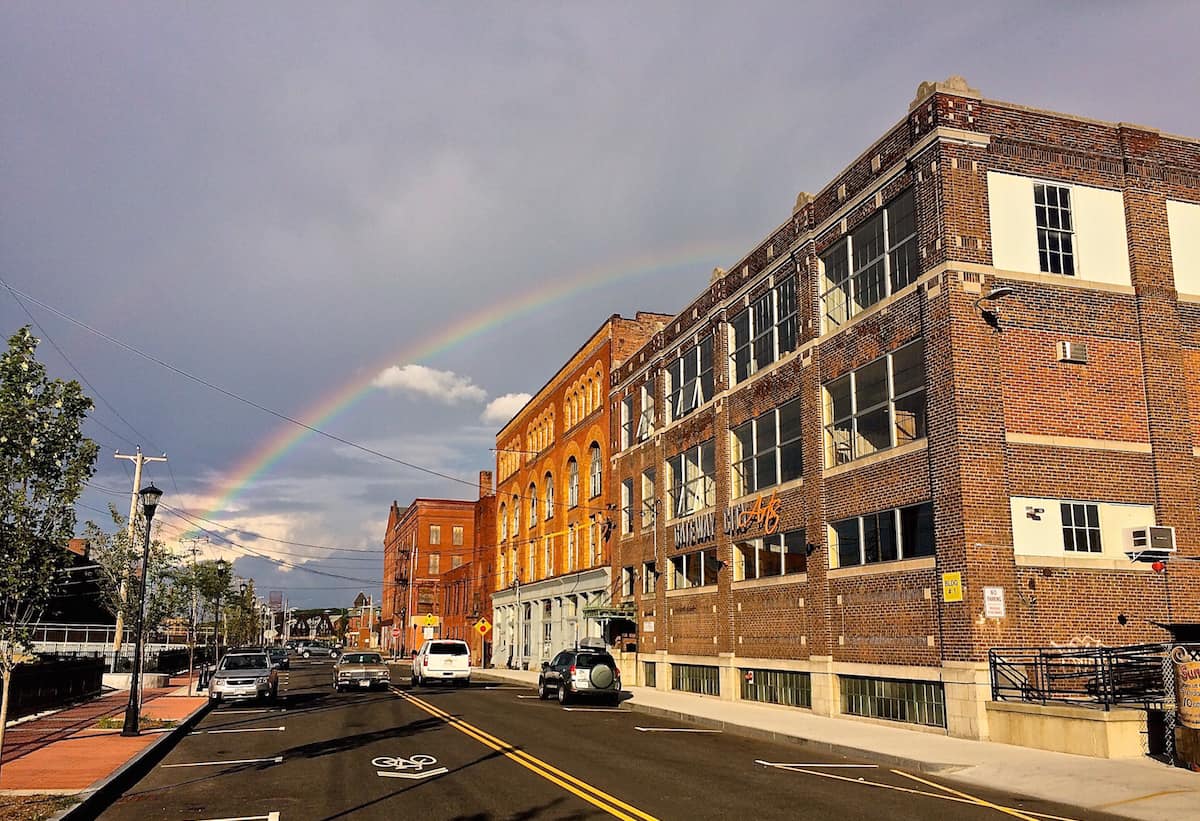 Focusing on creation and community development, Gateway City Arts has become the cultural center of Holyoke.

In 2012, Vitek Kruta was in search of a new studio space when a friend told him about a building for sale on Race Street in Holyoke, Massachusetts. “I needed a professional space,” recalls the Czech artist. “We came to look at it and we were like, ‘this is insane, this is huge,’ but we kind of fell in love with the building.”

Kruta and his partner, Lori Divine-Hudson, decided to purchase the building and have Kruta’s studio there. But then came the question of what to do with the rest of the property, which included three floors of space and a large warehouse next door. Actively involved in local art communities, they decided to convert the warehouse into a concert hall, and build a variety of workshop spaces. Four years later, the once-abandoned industrial building by the Holyoke Canal has been reborn into Gateway City Arts, a multifaceted space for the Holyoke community to engage with art, music, theater, and more.

Gateway City Arts currently features a large event hall, as well as co-working studios including art studios, a woodshop, a ceramics studio, and the option to rent out personal workspace. They are home to a variety of local artists such as Cactushead Puppets, Elevation Art and Framing, Main Street Writers, and Ghost Light Theater. 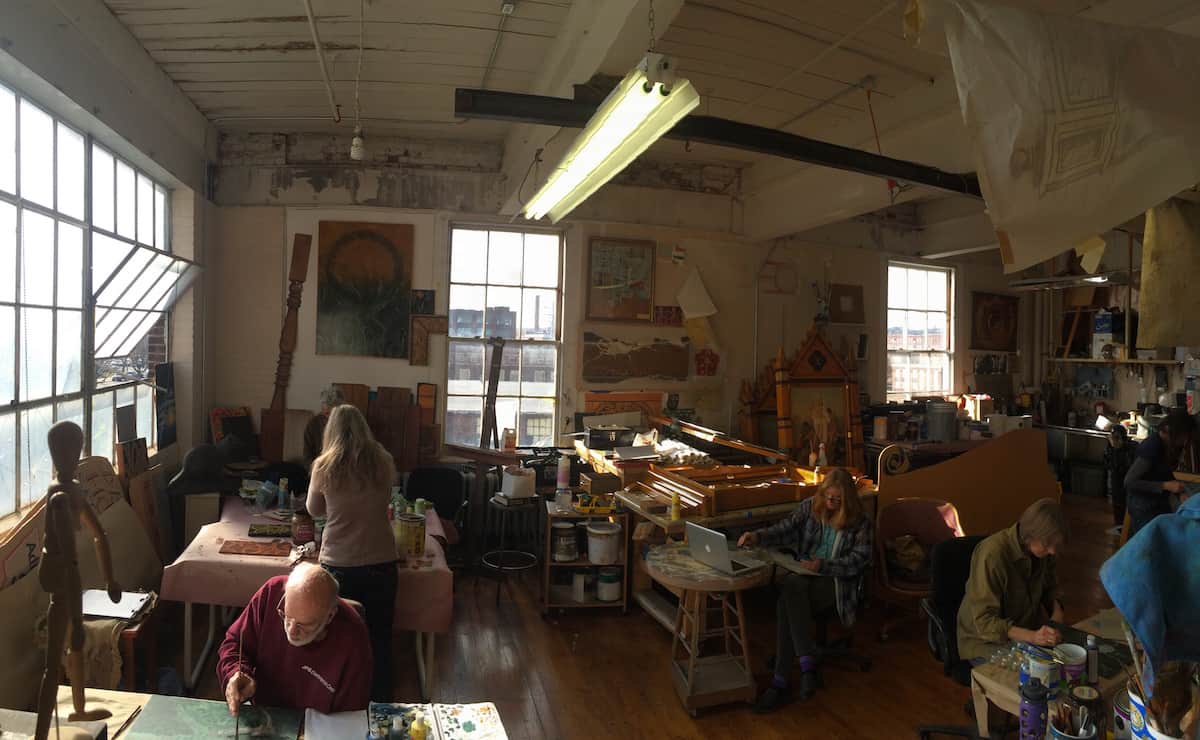 Kevin Tracey, co-creator of Ghost Light Theater, chose Gateway City Arts as the theater production company’s new home in 2015. The company’s home stage needed reconstructing and they decided to use this as an opportunity to find an up-and-coming space in the pioneer valley to host their production, Hedwig and the Angry Inch.

“Gateway was one of the first places on our list,” says Tracey. “We were knocking on every door to see who would want [to host] an off-center upstart group. Tough sell, believe me. However, Vitek and Lori Divine-Hudson met with us and were eager to host Hedwig and see where [it] would go. Vitek described growing up in Prague where every third basement was doing some off-the-wall theater, and he wanted to see that kind of thing happening here. Cue the romance music.” 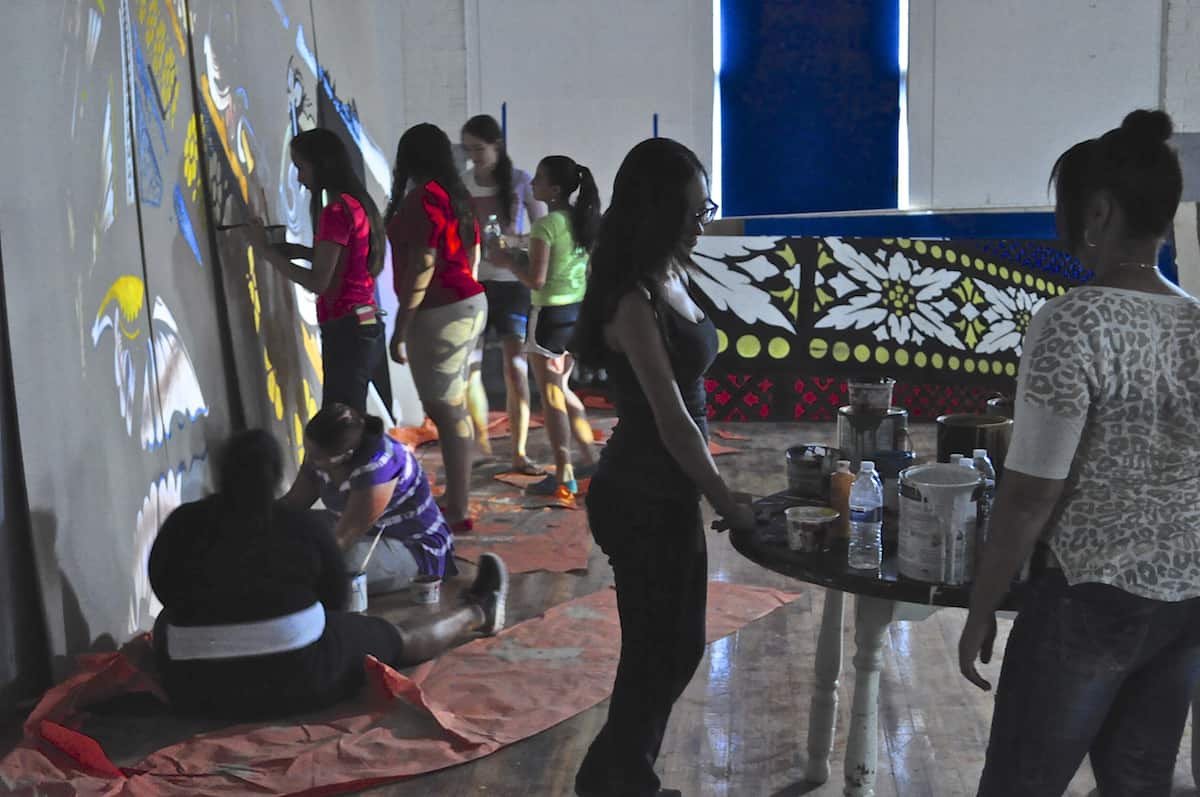 On top of hosting off-center theater companies, concerts, fundraisers, and creating studio space for artists, Gateway also hosts community art classes to residents of the area. For three years, Kruta has worked with the Boys and Girls Club of Holyoke to provide free painting and restoration classes to young students in the area. He’s also worked with Enchanted Circle Theater, a non-profit, educational theater company of Holyoke that uses theater arts as a dynamic teaching tool in the classroom, to teach mathematics through painting at Morgan Elementary School.

“It’s all part of my contribution to the community,” says Kruta.

One project close to Kruta’s heart was working with Career Point, a non-profit career center in Holyoke, on a mural located behind Holyoke’s City Hall with 16 local teens. The mural creates the illusion of stained glass windows across a concrete wall, showcasing Kruta’s skill in teaching old-world painting styles for modern use. 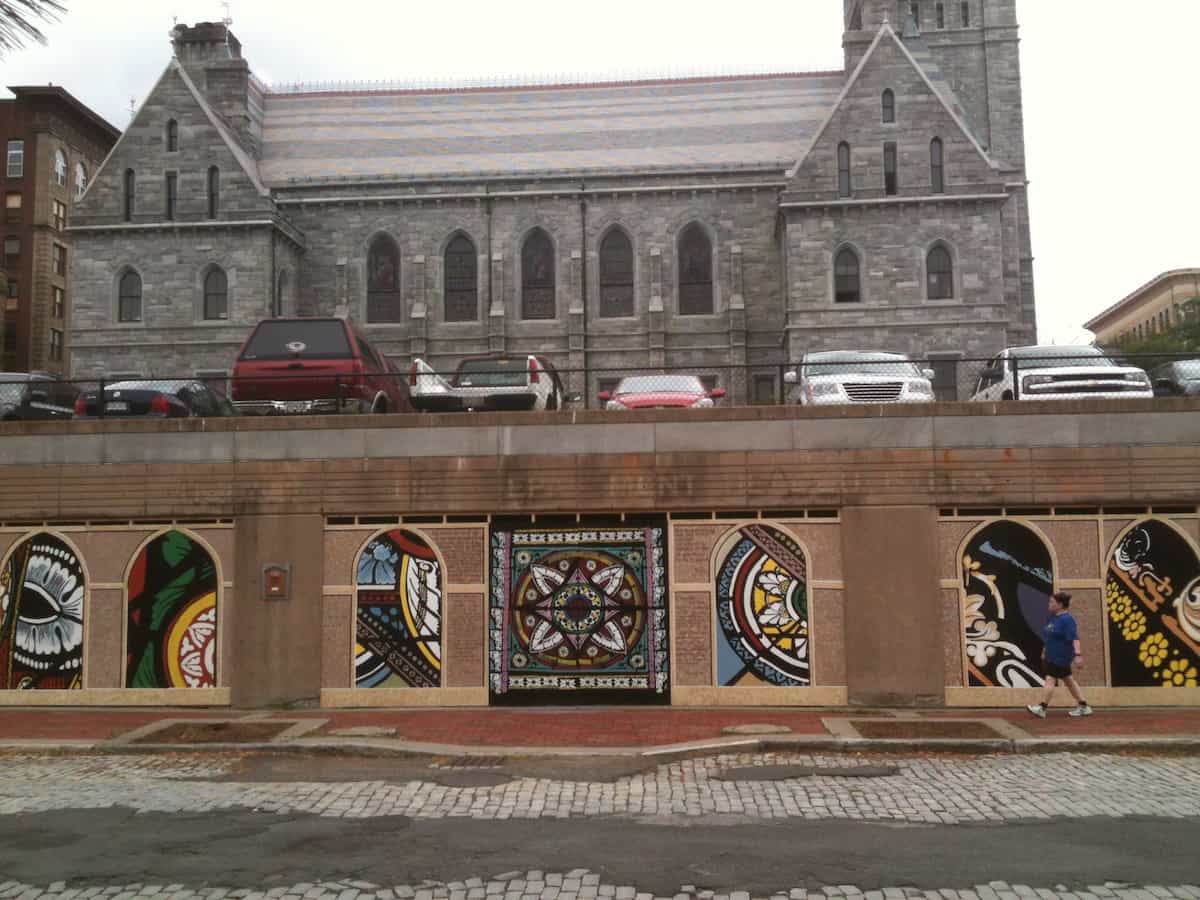 Gateway is now expanding to include a restaurant, Gateway City Bistro, and continuing to create a safe space for artistic creation and community development.

“Holyoke is a very underappreciated city,” says Divine-Hudson. “I love creating a safe place for people to realize their potential and have fun doing so. One of the things that I’ve noticed over the years is that people, unasked, have used the word magical to describe Gateway. I love hearing that; it’s what we’re trying to foster.” 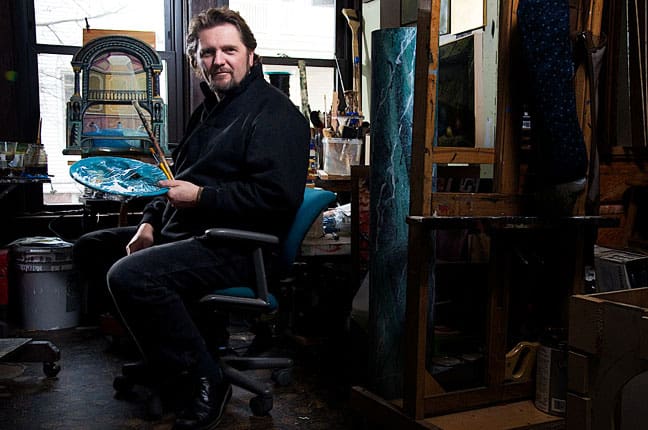