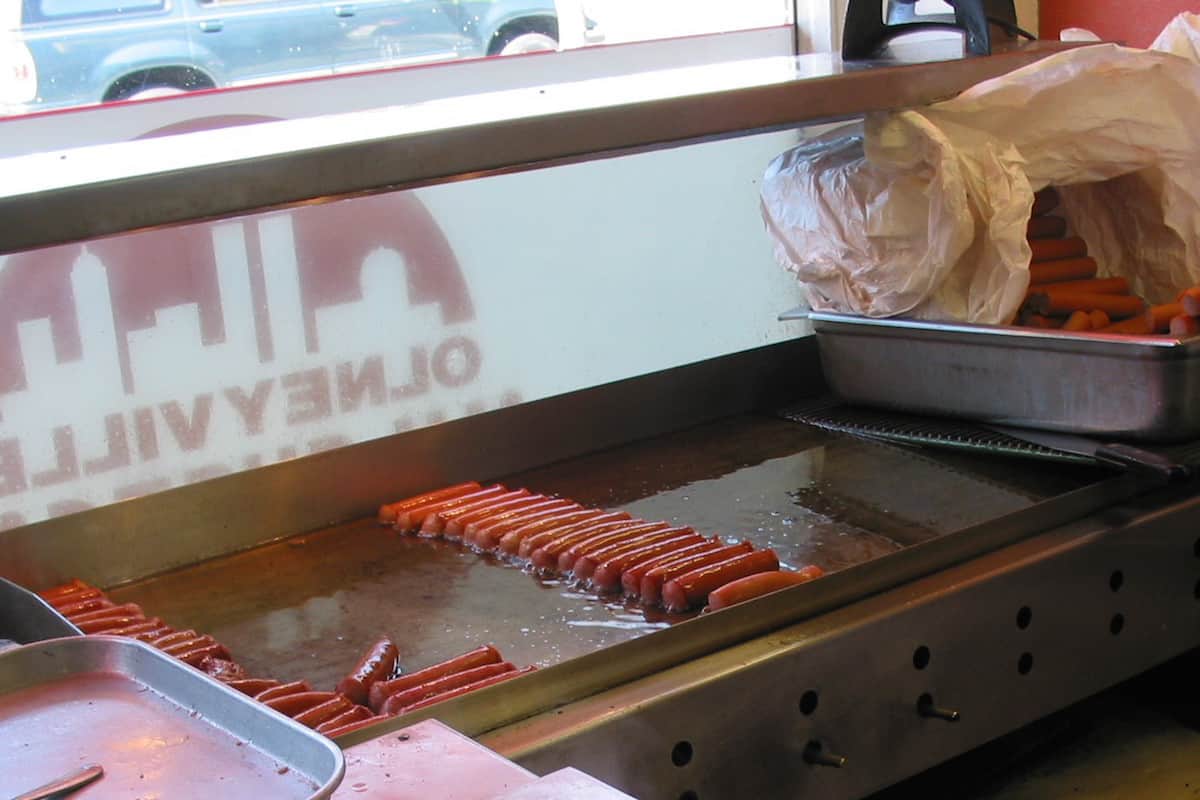 Whatever you do, don’t call them hot dogs. There are about a million names for the Rhode Island staple:

Hot wieners, including New York System wieners, gaggas, destroyers, and belly-busters. But one thing is constant – the only way to order it is “All The Way,” and that NEVER includes ketchup.

Traditionally, the thin wieners made of veal and pork are served in a steamed bun and topped with celery salt, yellow mustard, chopped onions, and meat sauce. The dogs are typically served with salt-and-vinegar french fries and another Rhode Island original, coffee milk—milk flavored with a sweetened coffee concentrate.

Ask a Rhodean who owns the title of best or oldest operating hot wiener shop, and you’ll get conflicting responses.

Probably the most widely known of the bunch is the Olneyville New York System, which opened in Providence in the late 1930s. Their Website boasts “R.I.’s Best Hot Wieners,” an accolade which is backed up by Yelp.

David Byrne, lead singer and guitarist of the Talking Heads, actually worked at the Smith St. New York System while he attended RISD. (Sadly, the story that the chopping gesture along his arm seen in the video for “Once in a Lifetime” was inspired by lining up hot wieners on his arm and covering them with condiments has been debunked.) 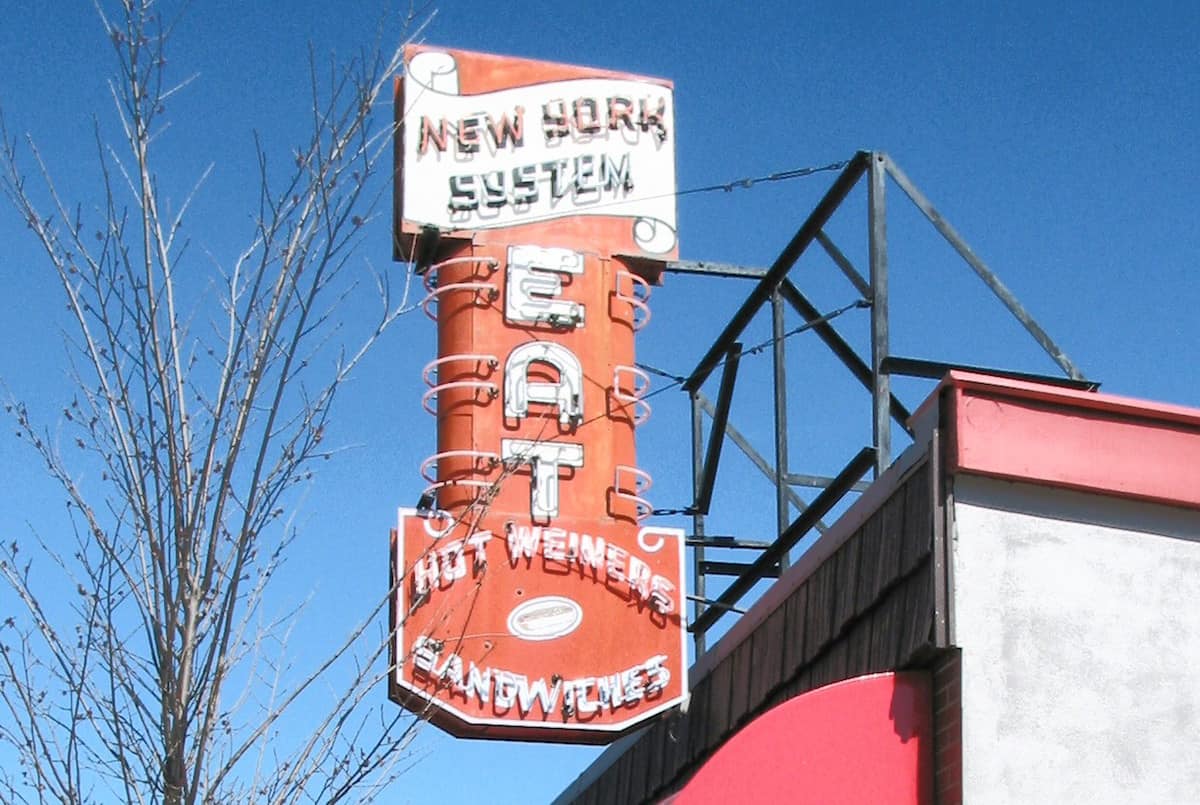 Byrne is just one of Olneyville’s many claims to fame. TV food personalities like Guy Fieri have visited this classic diner, giving the joint national recognition. Additionally, in 2014 they won the James Beard Foundation America’s Classics Award.

While Olneyville might be the most widely known to out-of-staters, locals continue to have their personal favorites such as Cosmic Steak and Pizza, Sam’s New York System, Baba’s Original New York System, Rod’s Grill, and Moonlight House of Weiners.

As you can see, preference in taste isn’t the only thing locals can’t seem to agree on. The spelling of weiners vs. wieners is also up for debate.

But whatever you think should be the spelling, or the best, or the oldest, there’s one thing that no one disputes…these belly busters are damn delicious.