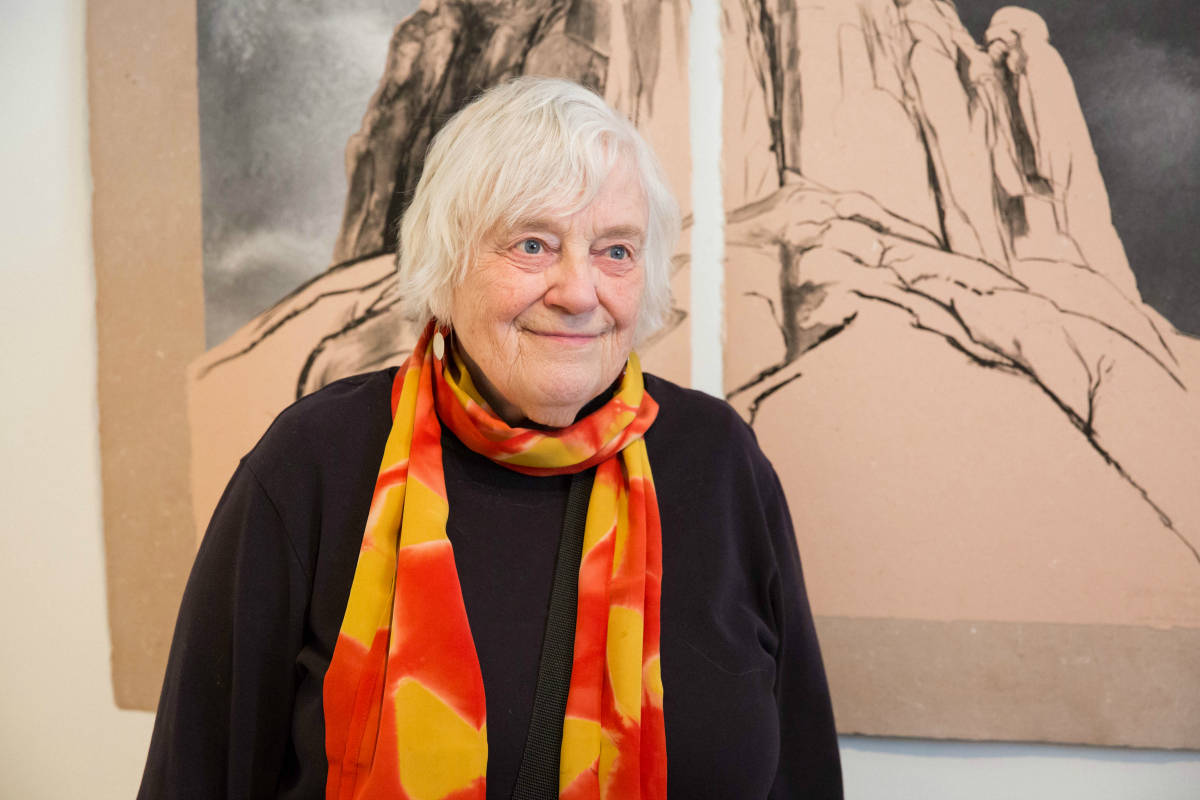 Although best known for her ground-breaking and award-winning work as founder of the Janus Press, Vermont-native Claire Van Vliet has produced other acclaimed bodies of artwork as well. The current exhibit at the Brattleboro Museum & Art Center called “Ghost Mesa” is just one example.

“Ghost Mesa” is a series of lithographs inspired by the American Southwest that focuses on portraying the power and presence of giant rock formations stretching against the sky. Having lived on the Salisbury Plain near Stonehenge as a child, Van Vliet has been drawn to mountains and rock formations since she was a child. “Rock formations are pure form created by the initial form of the rock and how it has been molded by the elements of water and wind,” Van Vliet says.

For inspiration, Van Vliet took many trips to the Southwest. “It is magical; the landscape in many places feels vast, but in fact is intimate. That is its hook for me,” she says. “Plus so many of the rocks are sedimentary because it was submerged under the great inland sea–it is strange to be a mile high and be on the seabed looking up to cliffs.” 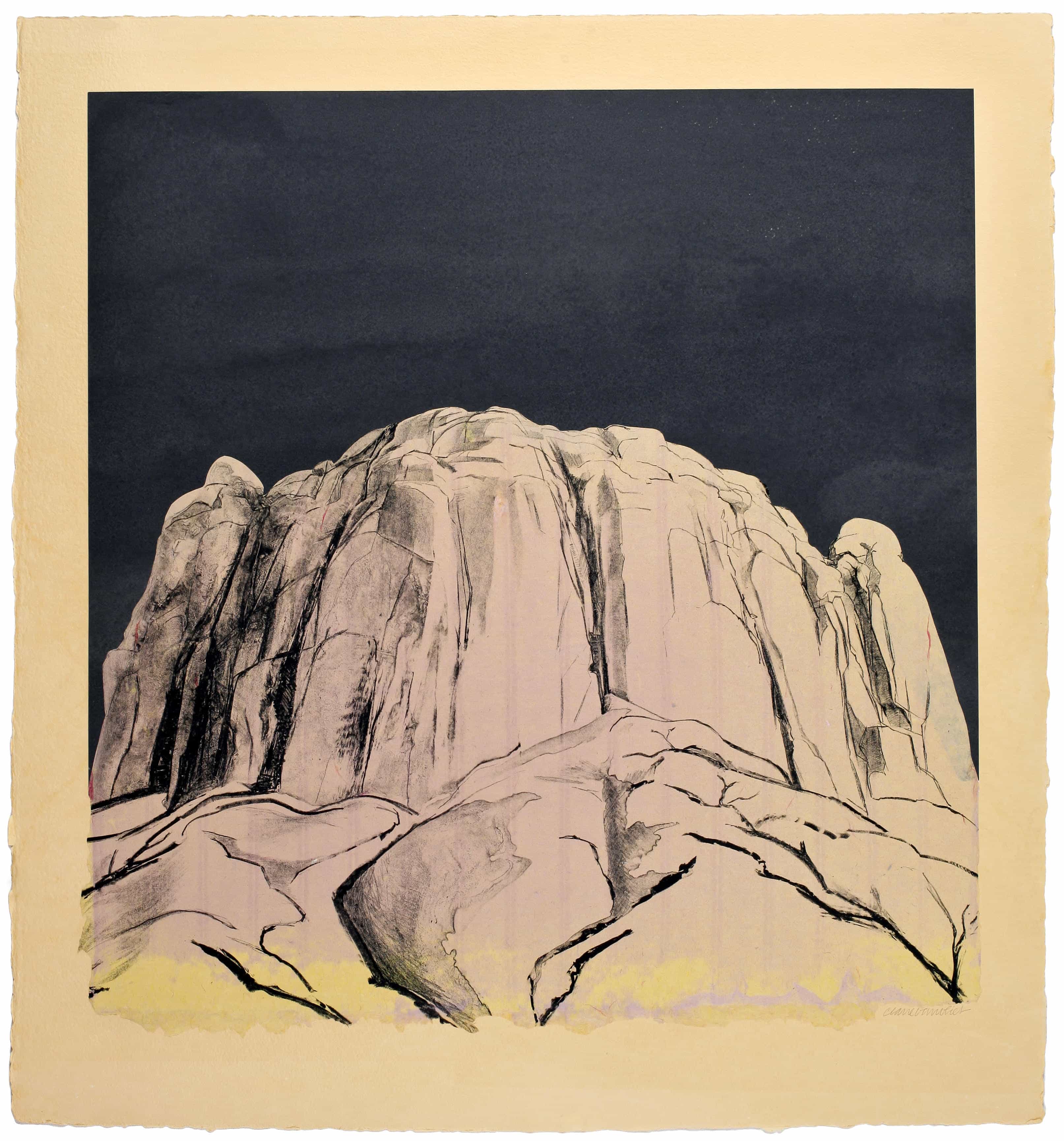 Van Vliet’s background is in printmaking (lithography and relief), but in 1976 Van Vliet began making naturalistic images on paper thanks to the opportunity to make paper at Twinrocker Handmade Paper in Indiana.

In 1985 Van Vliet began thinking about her lithographs as variable editions, printing them on a variety of handmade papers, both plain and imaged. As ideas emerged, she worked on the prints with drawing, painting, and collage. The process is ongoing, and with the “Ghost Mesa” lithograph, five of the edition of 18 remain to be finished. “The exhibition includes the four completed ones that I have and some from the series on Little Echo Amphitheater and Copper Canyon,” Van Vliet says. 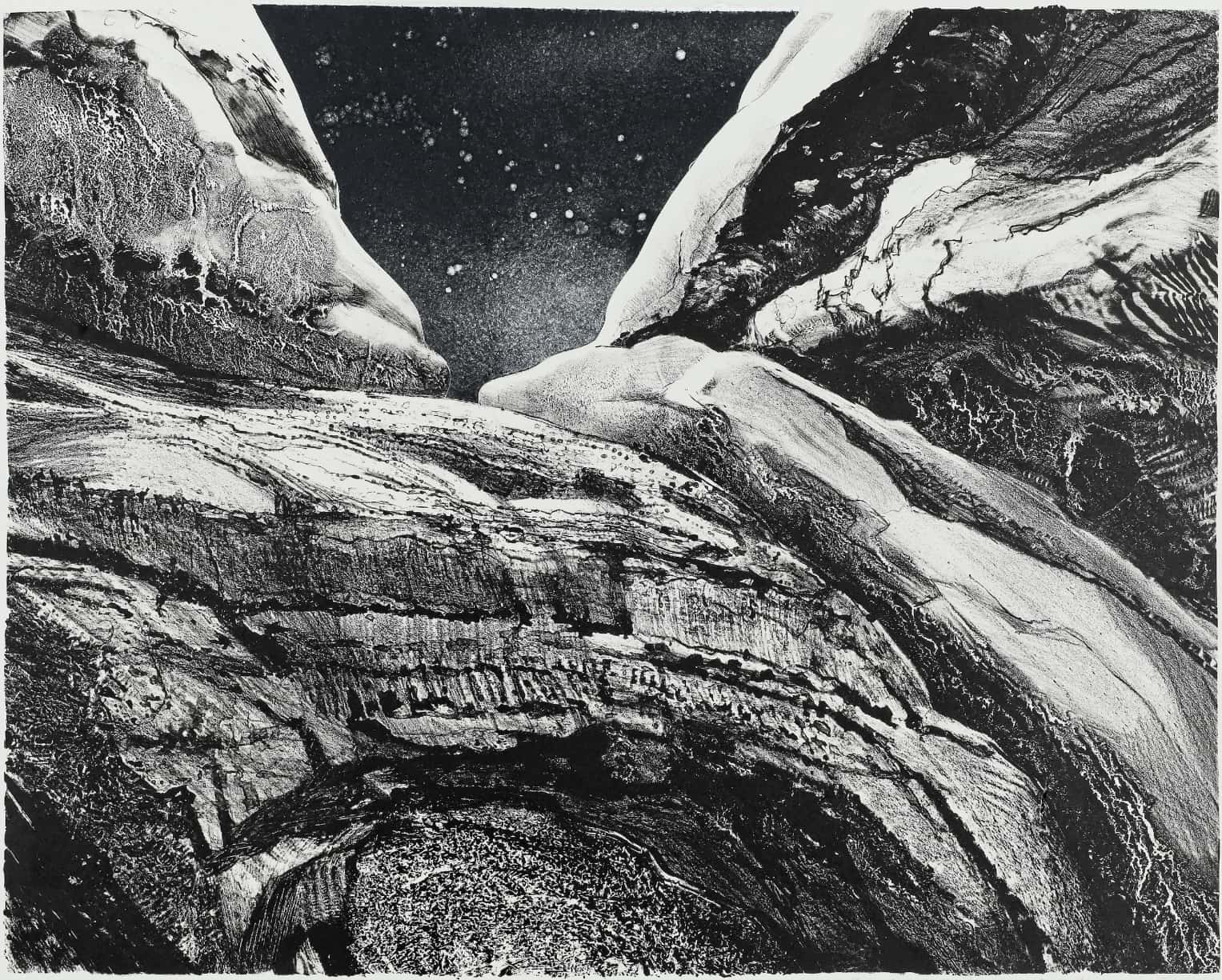 As with much art, lithography is often collaborative, as the printing of the images drawn on the stone is an art in itself. “’Ghost Mesa’ was printed by Jack Damer, ‘Little Echo’ by William Kitchens, and ‘Copper Canyon’ I pulled myself,” says Van Vliet. “Papermaking is also collaborative, and in these prints I worked with Magnolia, Katie MacGregor, Bernie Vinzani, and Pam Smith.”

Van Vliet has lived in northeastern Vermont for 50 years, and during that time has found a lot of different rocks. “Here the rock has been ground and gouged by glaciers forming distinctive whaleback mountains,” says Van Vliet. One of these is Wheeler Mountain, which is also an ongoing series.