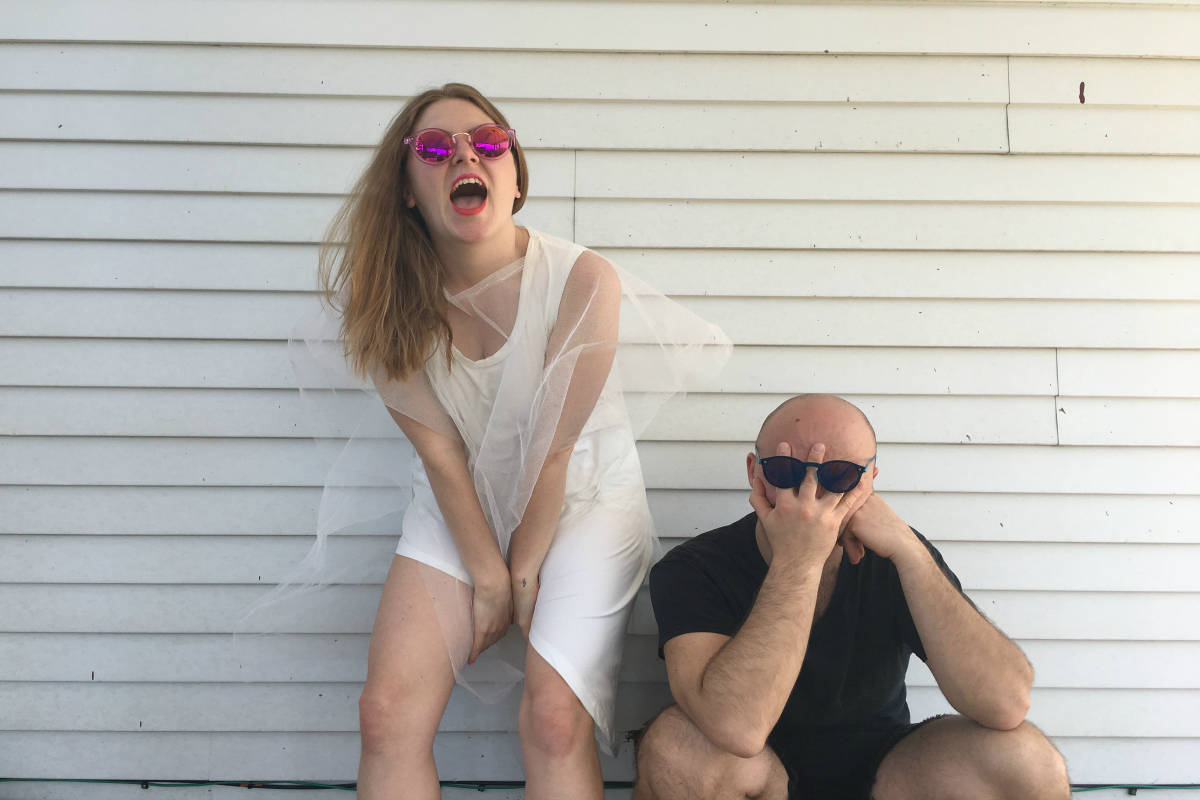 The Massachusetts-based art-dance duo Home Body are at home in their bodies and want to help you get there, too.

When I reach Haley Morgan by phone at home—which is fitting—she is stretching—also fitting—to prepare for a show later that night. Morgan is the singer for the Western-Mass.-based electro-art duo Home Body. Home Body play dance music, which is inherently about the body—moving the body, feeling and articulating rhythms in the limbs and hips, a physical correlation between the body and the music. The body is an important part of who and what Home Body are.

Clubby dance music can sometimes seem oriented toward physical pleasure, but the meaning of connecting with our bodies through sound and through organized movement is greater than just our ability to pursue or project physical desires. We learn to carry ourselves in space, to convey poise and grace and self-possession through movement.

“It’s so easy to become separated from our body or not think about it as something that you have agency over or to think about it as something that you can reinvent yourself through,” says Morgan. Not surprisingly, Home Body have made fruitful connections with the world of fashion and galleries, sometimes making their music specifically for settings that showcase the multi-media art potential of music. 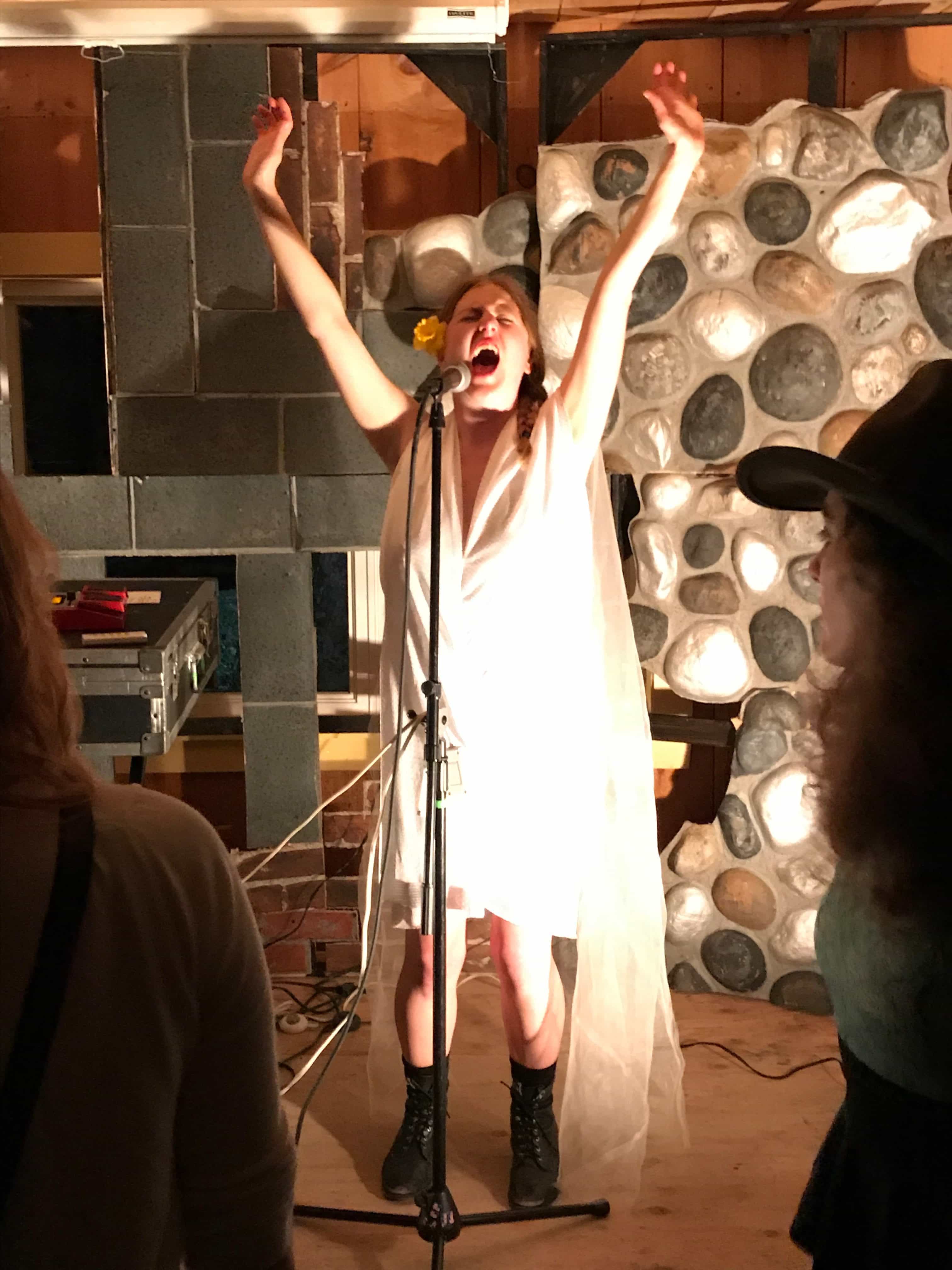 Morgan and her partner Eric Hnatow met at Hampshire College in Amherst. The two were a couple for five years or so before they formed the band, with Morgan having a theater background and Hnatow having played in some industrial electronic bands in Ludlow and Palmer.

Morgan and Hnatow want their project to connect with people, and they put thought and effort into making their shows visual, interactive, kinetic, and stimulating. They’re into “the power of spectacle,” says Morgan. “We use sound, we use light, we use costuming, we use dance, just to try to figure different ways to hook people,” says Morgan.

The music strikes a nice balance between the synthetic and the organic. Hnatow gets the beats pumping along with mechanistic oscillations, handclaps, and robotic clicks and hisses. Sometimes the bottom-scraping synth bass lines sound as if giant kazoos were buzzing beneath the fabric of the mix. The glitchy and smeared sonic textures serve as a fitting background surface for Morgan to sing, intone, and blurt over. She has a rhythmic force and emphatic articulation to her singing. Her vocals—with growls, coos, yips and dips—can bring to mind a range of idiosyncratic vocal stylists like Grace Jones, Sinead O’Connor, Robyn, Bjork, Yoko Ono, and even Alanis Morissette and Dolores O’Riordan of The Cranberries. Home Body are working on a new full-length record, one that could come out by year’s end. 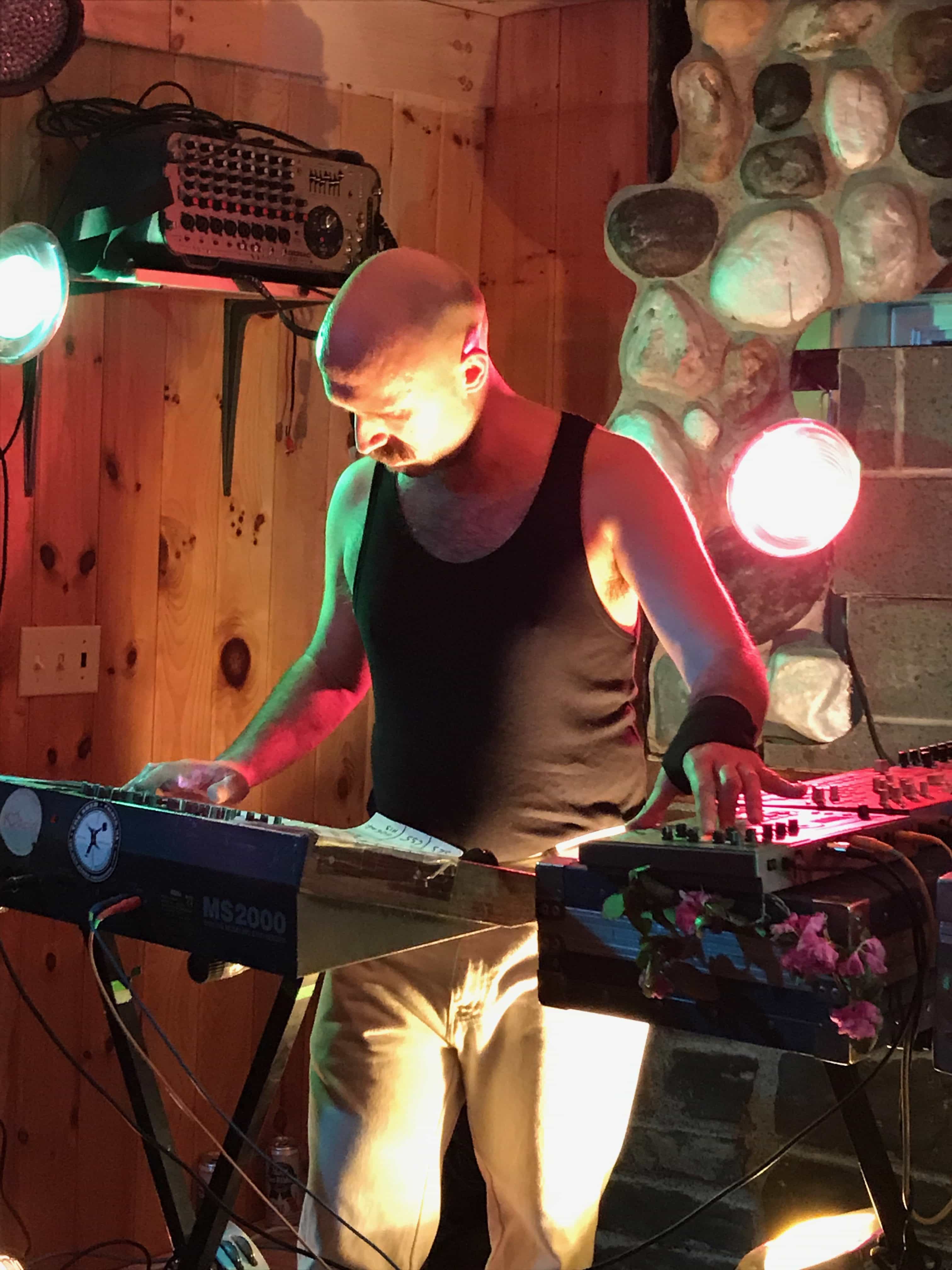 Listen to Morgan on “Inner Red” from the duo’s most recent release, 2014’s Guts. “Bite your tongue and swallow it whole/No need to name it, your gut will know,” Morgan sings. Another song, “Something Tempting” has lines about “turn[ing] our bodies back on.”
There are ways of knowing that don’t involve the brain, and that’s seems to be part of this band’s point.

“I think that sound vibrations, the music that we make—sound is movement, and I think that sometimes life can get too heady, literally coming from our brains,” says Morgan. “There’s so much more that we can understand about the world around us if we employ all of our senses.”

Want to hear what Home Body listens to on Spotify when they’re not making music? Check out our Take a Listen channel. 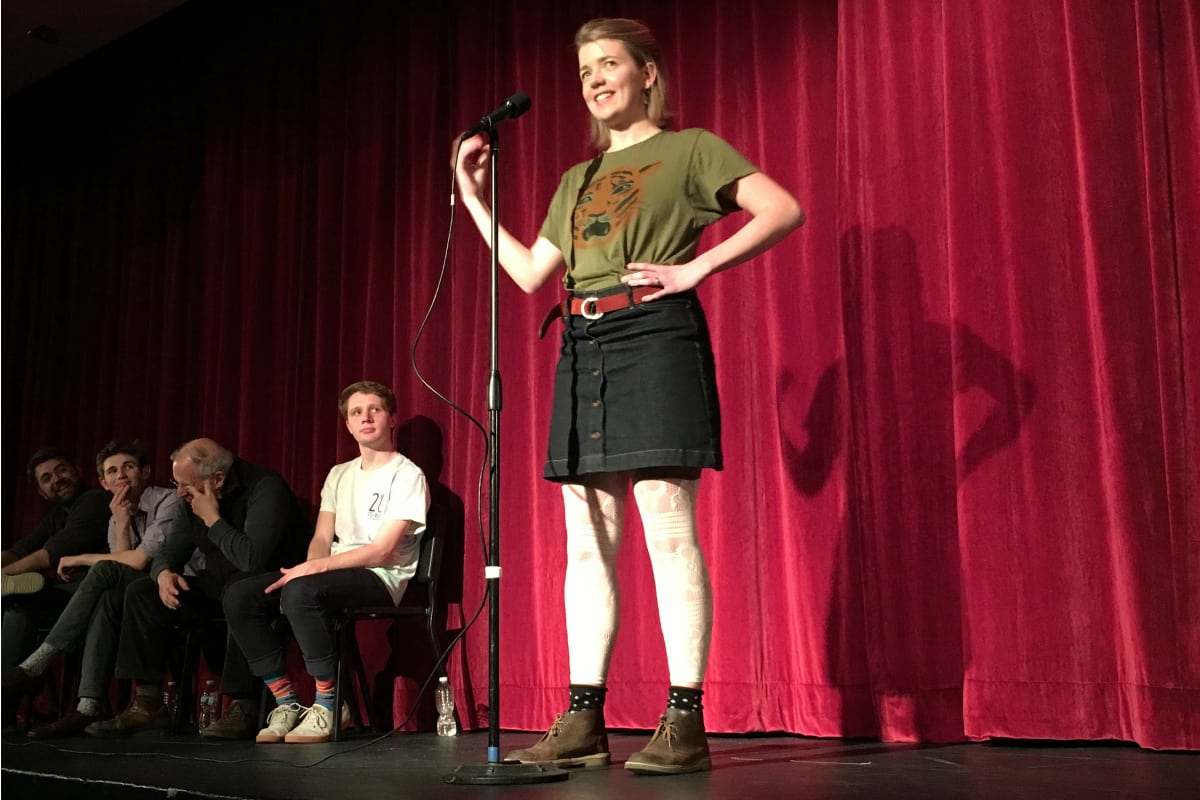 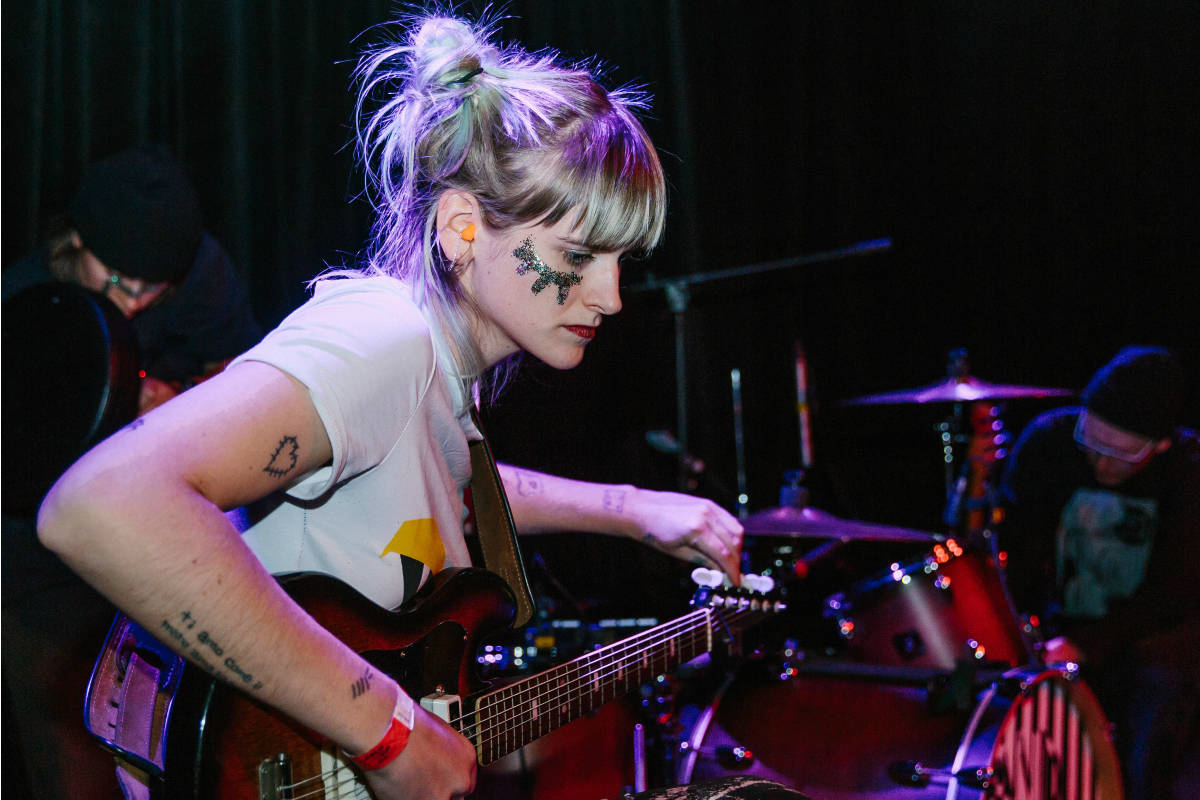 Take a Listen: A Spotify Playlist Just for You

Looking for music to spice up your at-work playlist? Take Magazine on Spotify has curated playlists from musicians we cover.