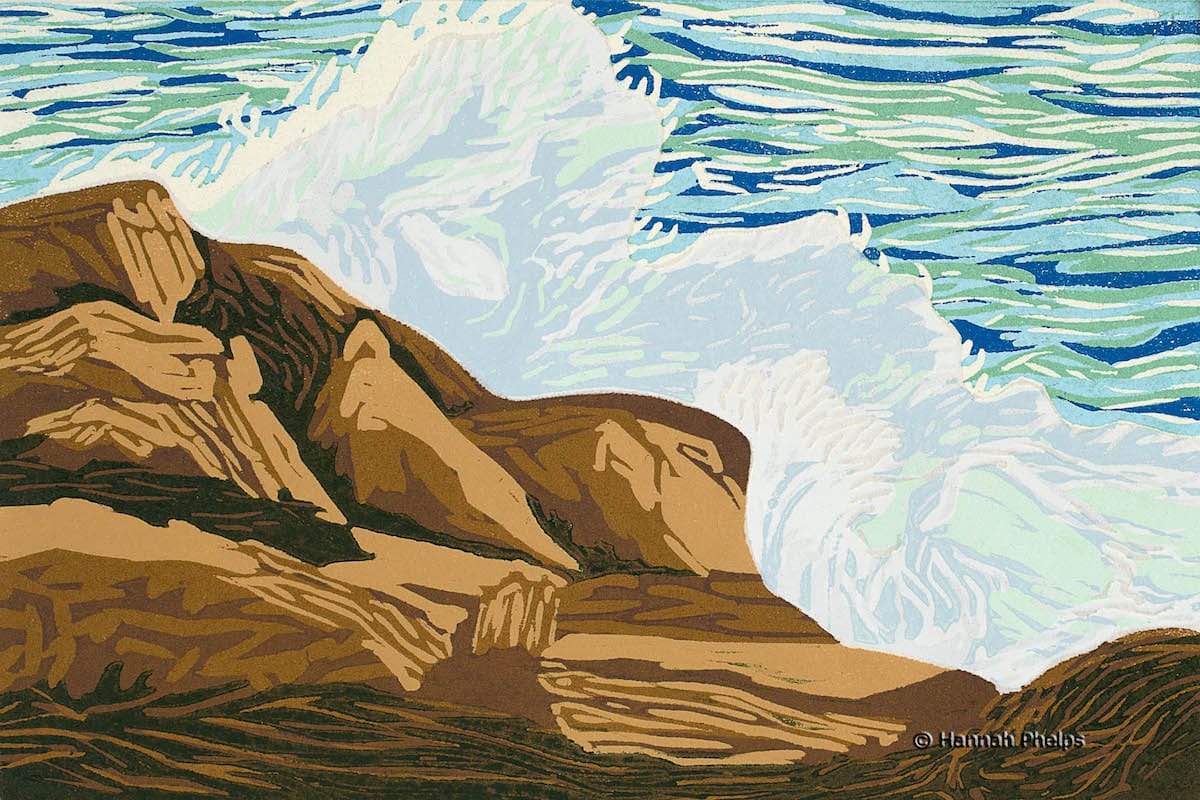 Phelps’ work represents, as she describes it, “the world outside her window and the forces at work there.” Her award-winning plein air oil paintings and relief prints often depict the crashing waves and jagged rocks of the northern New England coast, where she spent summers as a child combing the rugged shore and nearby woods. “I think that’s what really inspired me to become an artist,” she says.

Initially, Phelps explored the natural world through science, studying physics at Mount Holyoke College. But that felt incomplete. “Drawing and painting from nature are not just like scientific study,” she says. “In some fields, drawing is the primary method of recording scientific discoveries.” Her knowledge of physics—for example, understanding the dynamics of water movement—informs her kinetic depictions of the ocean and waves crashing against rocks. “I know how water has to move because of physical laws,” Phelps says. “I think about my subject matter—water, rocks, snow, sand, trees, clouds—in scientific terms.” 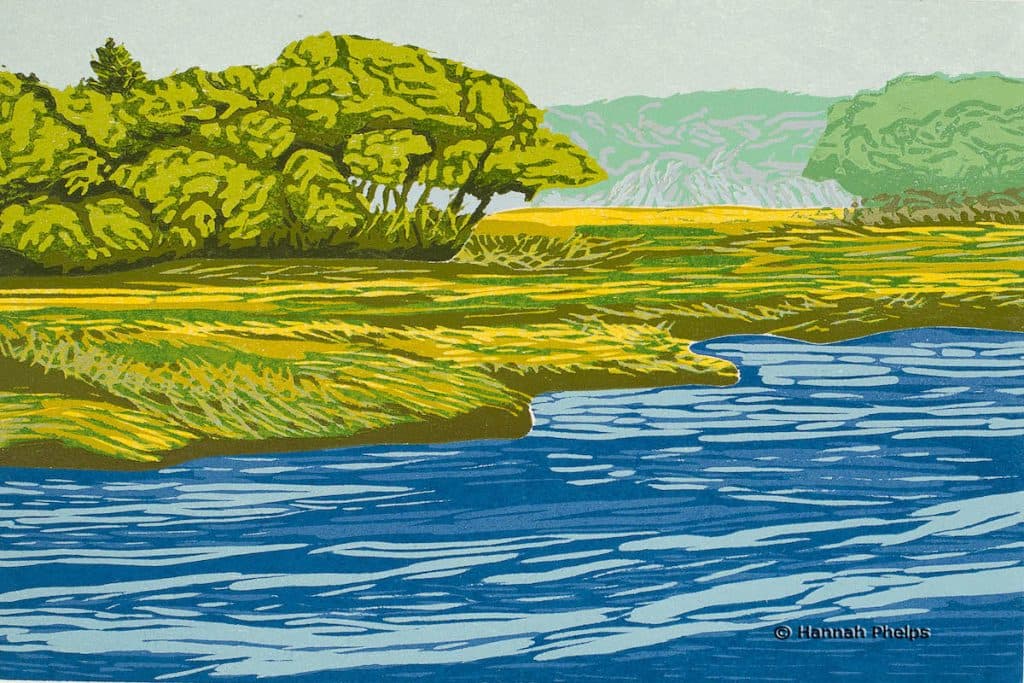 While living in Baltimore after college (and plotting a move back to New England), Phelps took painting classes at the Maryland Institute of Art. By the time she moved to New Boston, a small town in central New Hampshire, she was painting regularly.

Phelps considers herself a painter first, painting primarily in plein air. Printmaking evolved naturally. She employs different techniques, including jigsaw woodcuts and white-line woodcuts, a technique popularized by Provincetown artists in the early 20th century and characterized by a white outline surrounding each shape of color. “I love printmaking,” Phelps says. “You have to think about how to apply color and layer your work. You can work on an oil painting for years, but in printmaking there’s a finality to the process that I enjoy.” 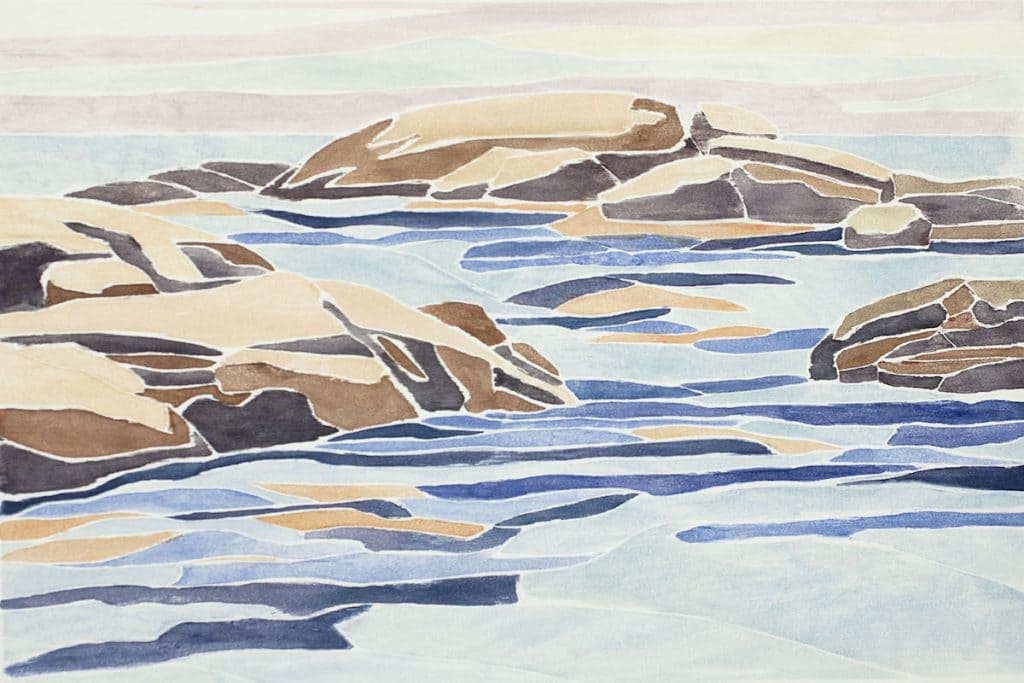 Aspiring printmakers can take classes from Phelps, including a summer workshop on Appledore Island, off the coast of Portsmouth. Her work is also available through League of New Hampshire Craftsmen stores in Nashua, Meredith, and Littleton, New Hampshire, and she also has booths at the League’s annual fair and the December Button Factory Open Studios in Portsmouth.