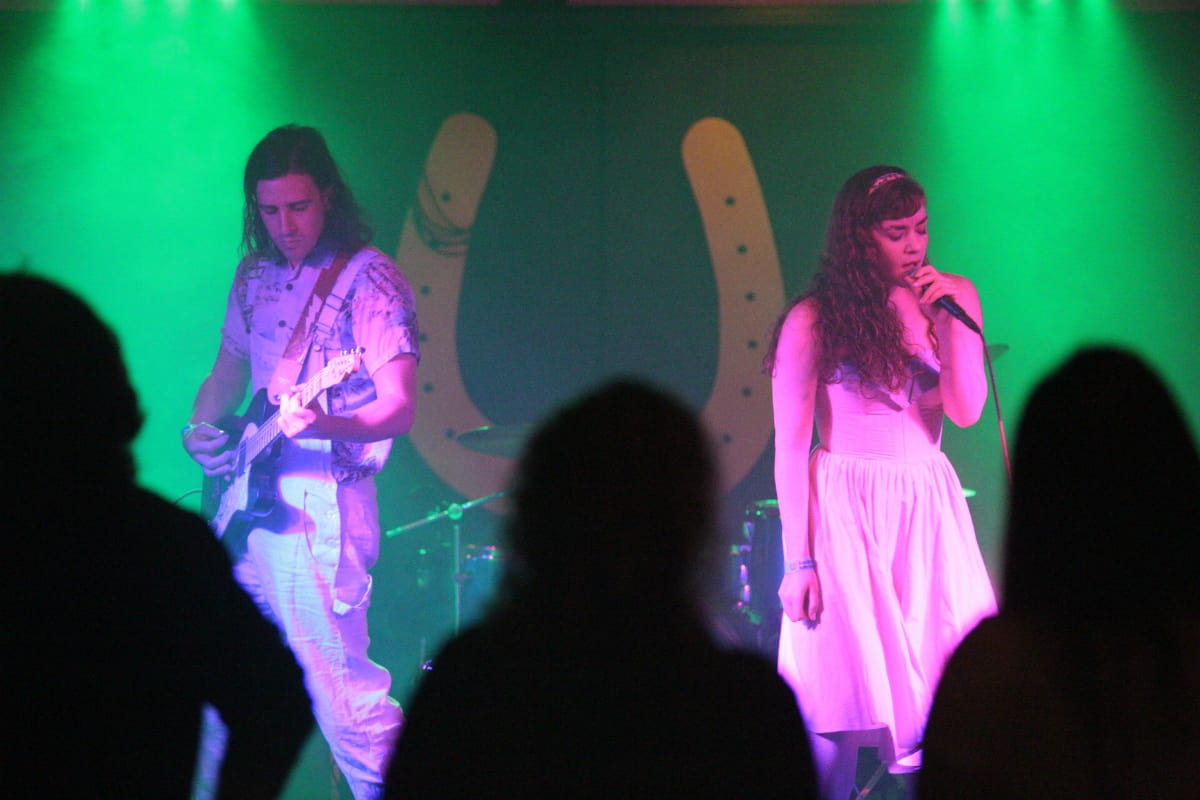 The couple’s first chance meeting on Martha’s Vineyard set the tone for a living fairy tale. Schott, who spent her childhood in Michigan, grew up visiting her grandparents on Cape Cod and “always felt the most grounded and inspired in New England” thanks to its strong connection to history. In 2012, while pursuing an acting career in Los Angeles, Schott visited Massachusetts to help care for her aging grandmother.

During a spontaneous December day trip to Martha’s Vineyard, she wandered into a record store. Valenti, the young man who happened to be working the counter that day, was a Martha’s Vineyard native from a musical family who played in bands himself. He admired the albums she purchased, which sparked a conversation. A week later, Schott returned, and “we just jumped right into making things,” including their first music video. 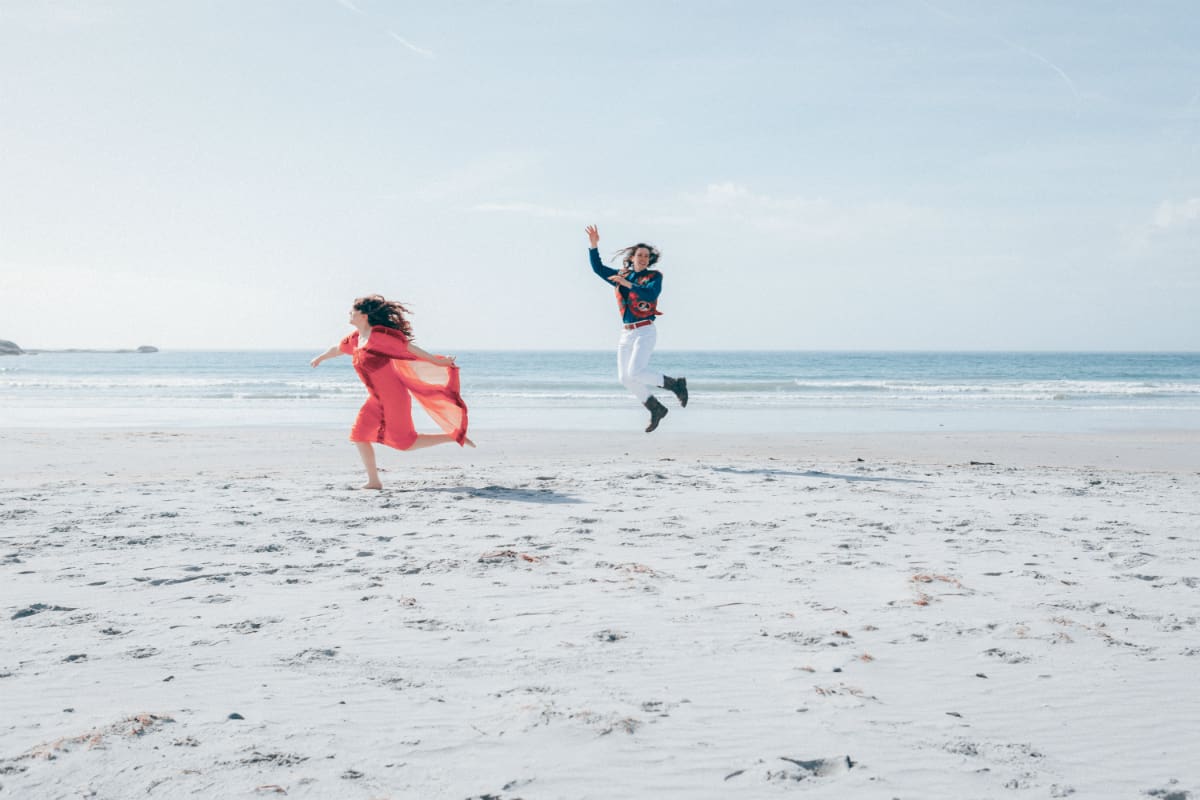 The name Holy Golden is partly inspired by Valenti’s grandmother, a Vermont Reiki master, who described her grandson as having a “golden aura.” The band’s first album, Funsucker, debuted in 2014, and after two years of recording and a recent September EP release, the duo will launch their 4th album, Otherworld, in January.

“As a girl growing up, I was a total outsider but always had different dreamy landscapes I would imagine—sort of safe places that I would escape into while trying to fall asleep,” Schott says. “I wanted to make an album based off of that fantasy world.”

The city of Newport became its own character in her dreamscape when Schott and Valenti relocated there a couple of years ago. “A huge theme in Leslie’s childhood fantasy that we’ve been working with is imagining a castle on a cliff,” Valenti says, “and that’s what Newport is: literal mansions on a cliff.”

Living in the attic of a 1713 house and then a ballroom built in 1855, as well as hearing stories about the townspeople, “got us into story mode,” Schott says. The old ballroom was used in many photo and video shoots, and Doris Duke’s Rough Point framed another setting. Local thrift store Maison DNA supplied colorful vintage outfits for shoots, and also hosted the band’s first live show on January 1st, 2017.

At the time of this interview, Schott and Valenti had just played an “amazing” concert at the Park Church Co-op in Brooklyn, whose Gothic cathedral setting, lighting and smoke machines provided the perfect backdrop for Schott’s ethereal, sometimes mournful vocals. “It was probably the most spectacular venue we’ve ever played,” she says.

Schott says that the beauty and positivity in Holy Golden’s art also “stems from kind of a dark place, which gives it that other edge. It’s a way to escape from that—a therapeutic sort of thing.”

Want to know what Schott and Valenti are listening to when they’re not playing? Check out our Take a Listen Spotify channel. While you’re there you can listen to the playlists of other musicians we’ve profiled. Enjoy!