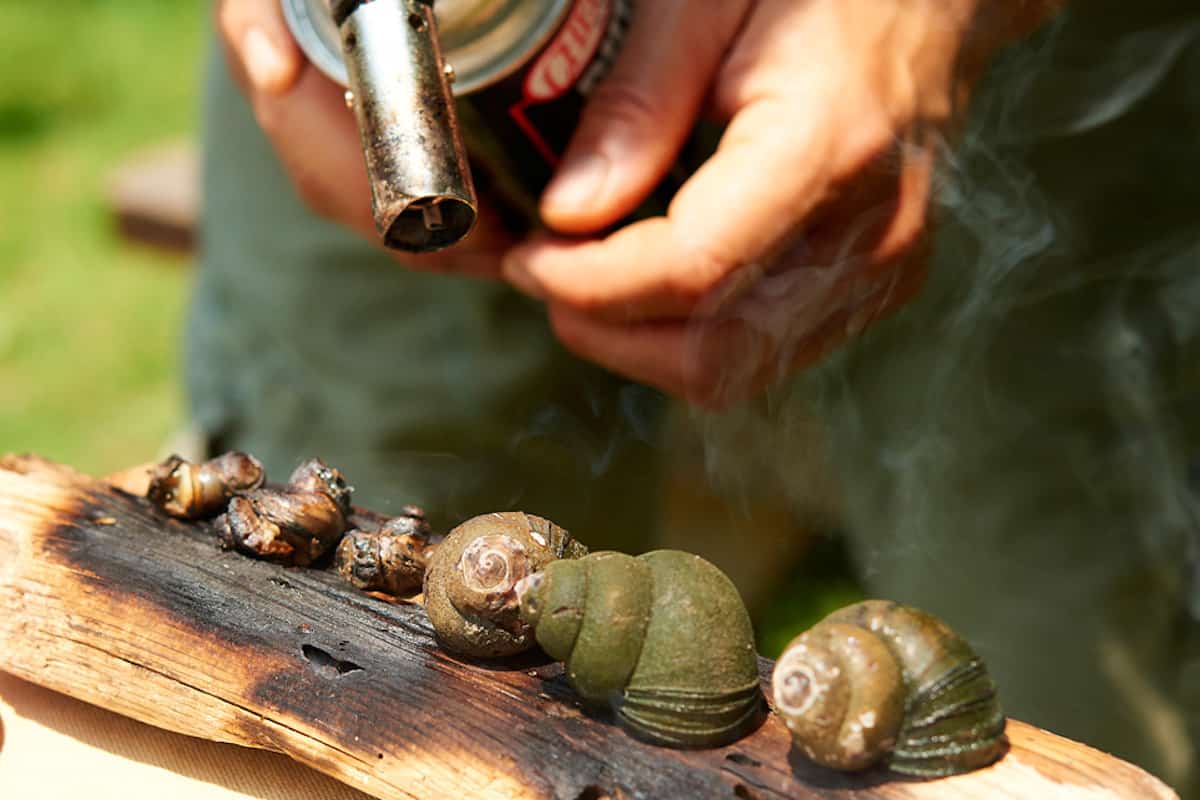 At Miya’s Sushi in New Haven, the usual is unusual. On the menu? Killer bees, poisonous vipers, and stingrays.

When I interview chef Bun Lai of Miya’s Sushi in New Haven, Connecticut, he has just wrapped filming a TV series in which he travels the world creating new dishes from exotic invasive species. Think a hot, Asian Andrew-Zimmern-of-Bizarre Foods-goes-green kind of thing. On the menu? Killer bees, poisonous vipers, and stingrays. 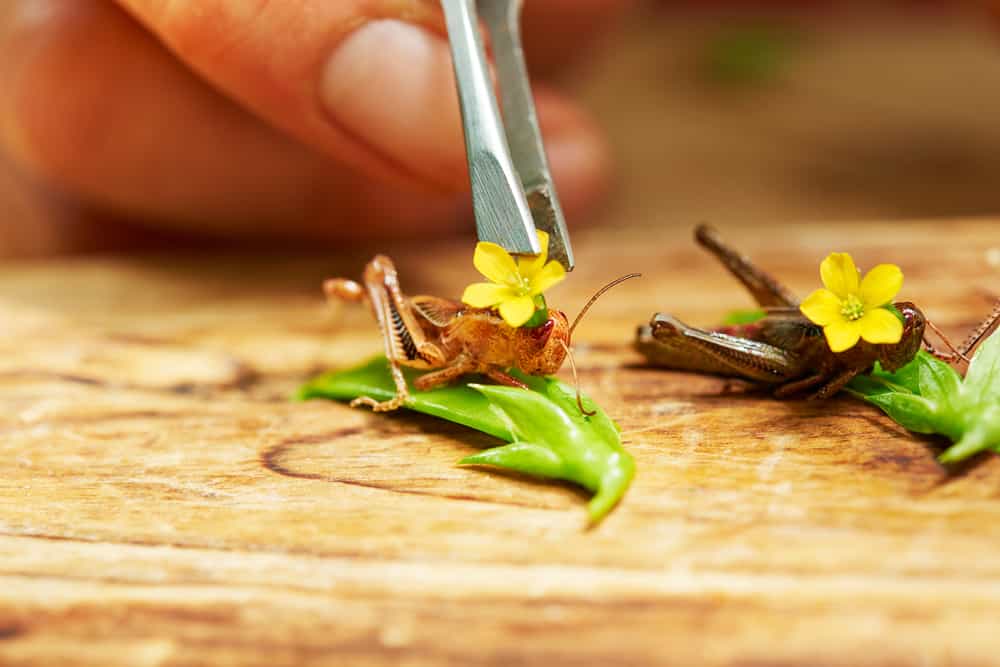 “It’s really about having us open our minds to other ways of eating and living,” he says of the show. “Under the surface, invasive species are tied to food justice and food security.” Bun, unlike many chefs, takes the farm-to-table, or in this case sea-to-table, movement beyond trendy to his personal hope for the future of Earth and the human race.

In addition to being a James Beard Foundation-nominated chef, he is an ambassador for the healthy oceans advocacy group Seafood Watch; a popular keynote speaker on sustainable food; and a contributor to Scientific American, among other publications.

At Miya’s Sushi, Bun puts his knowledge of, and beliefs about, sustainability into exquisite practice. Not only does he work solely with ingredients that are sustainably harvested, but he also creates unique menu items that feature local invasive species not typically found on American plates.

Take, for example, locally foraged mugwort, an invasive herb originally brought here by the Pilgrims. Or Asian shore crab—which migrated en masse to North America on the ballasts of ships in the 1980s—that Bun harvests off the Connecticut coast. Or tilapia grown by students of Connecticut’s Bridgeport Regional Aquaculture Science & Technology Education Center. 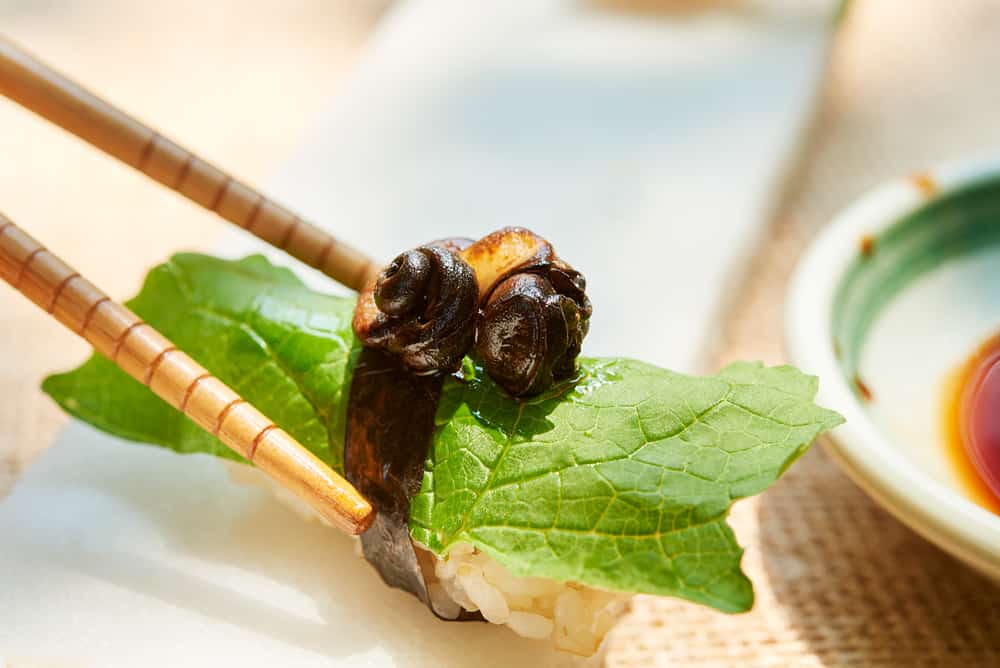 Bun and his coworkers dive for ”trash fish” and shellfish on 75 acres of shellfishing grounds just 12 miles from the restaurant (which owns the fishing rights). He also has a 10-acre woodland farm 7 miles from Miya’s. “We do some growing,” he says, “but a whole lot more foraging.”

Miya’s 42-page menu is a sort of manifesto, as educational as it is mouthwatering. Kiribati sashimi is made from spear-caught (no net fishing, please) invasive Mexican lionfish, mineral-rich Kiribati sea salt, and “a dozen profoundly mouth-numbing spices.” The dish is on the menu in part to create awareness about global warming, because Kiribati, at only 8 to 12 feet above sea level, may become the first nation to be completely consumed by the ocean due to climate change. 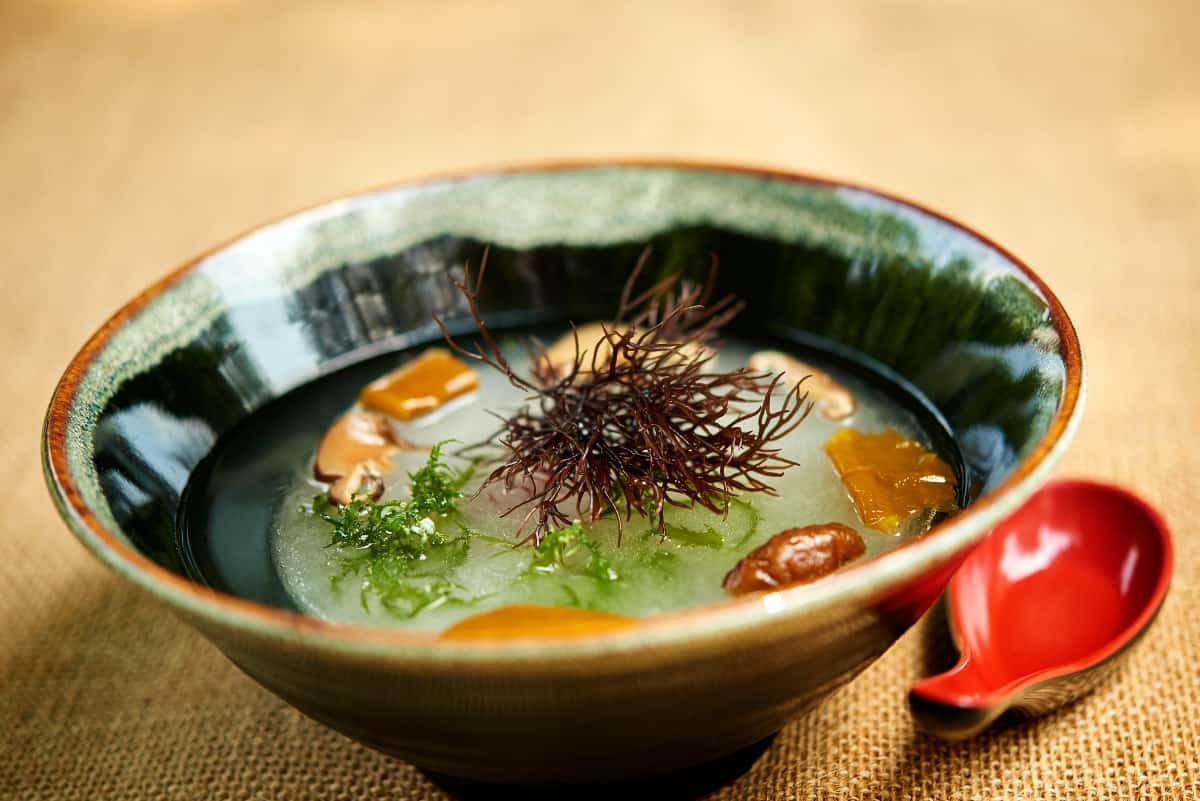 To promote healthier eating, the dishes at Miya’s that are healthiest for both people and the planet are deliberately the most affordable. Most cost less than five dollars, the price of a Big Mac meal—a reference point that is no coincidence and noted on the restaurant’s website.

Bun credits his parents for his passion for sustainable food and living. His Japanese mother, a nutritionist, opened Miya’s in 1982 and named it after Bun’s older sister. His Chinese father was a research doctor.

“They are the two people who have colored everything that I actually do in the cuisine of sushi,” he says. “They both had the philosophy that . . . it’s not enough to have a career. You have to have some positive impact on the world. I’m following that tradition.” 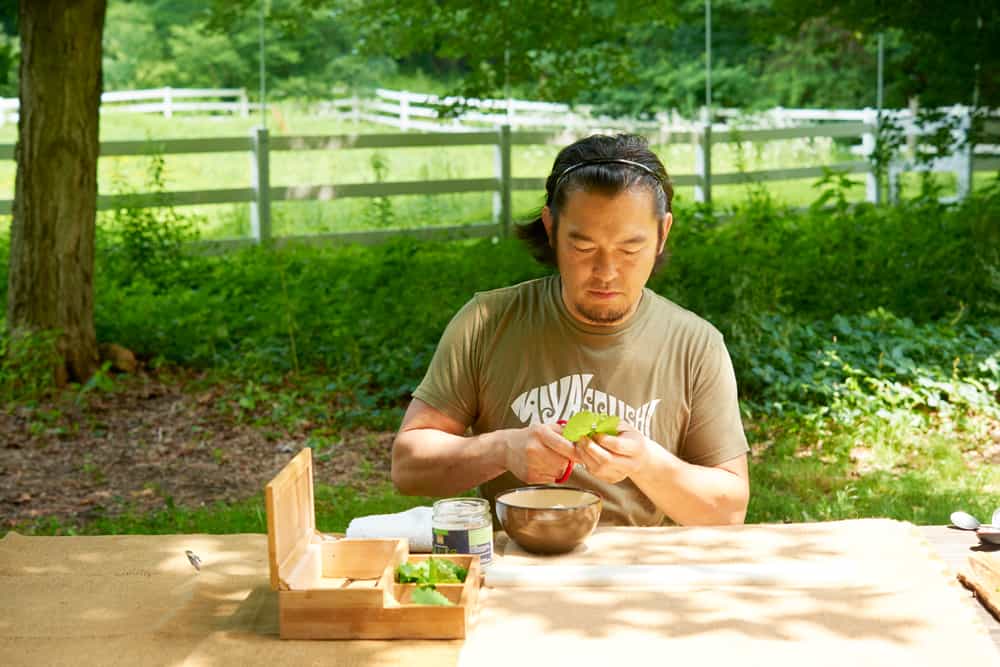 Chef Bun Lai of Miya’s Sushi grows food, but mostly forages for it, at his farm outside New Haven, Connecticut | Photo by Dominic Perri

Bun also credits the New Haven community, home to world-renowned Yale University, for influencing his cuisine. “I ended up collaborating over the years with, and being influenced by and educated by, some of the most interesting people who come from a vast array of life experiences and disciplines,” he says. “The sushi we do reflects that. It’s very multidisciplinary.”

This article originally appeared in our September 2015 print edition.