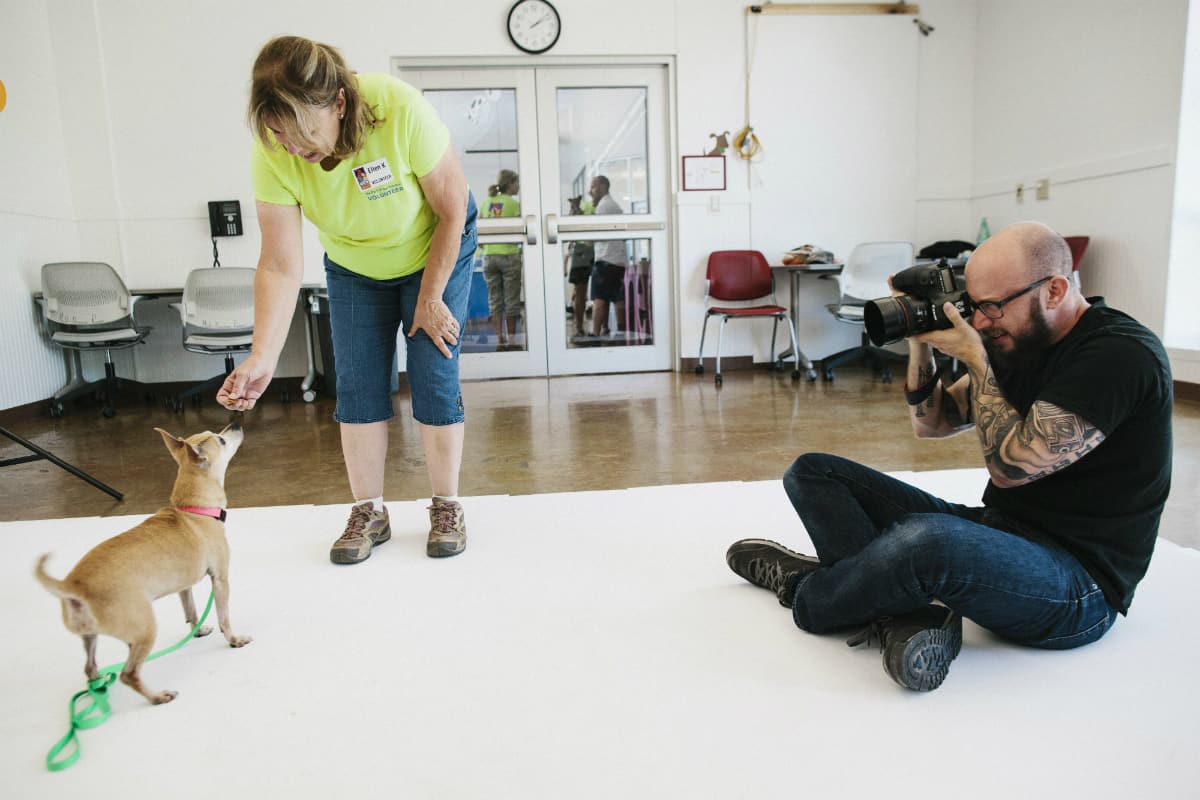 Berkshires photographer Jesse Freidin captures the stories of humans and their dogs in stunning, award-winning photographs.

Jesse Freidin has had a lifelong passion for photography. His obsession began as a boy with an observant curiosity and a Fisher-Price toy camera. Dogs came into the picture a bit later.

While living in San Francisco in his twenties, Freidin held various jobs, none of which grabbed him. “The only thing I loved was being a photographer,” he says. Then, one odd job created the connection that would define his future. With no previous dog experience, Freidin began working at a doggie daycare facility. His first day left him unsure about his job choice, until one memorable pit bull approached.

“We locked eyes and all of the other dogs stopped barking,” Freidin says. “Something just clicked and it was fascinating. That began my career working with dogs.” 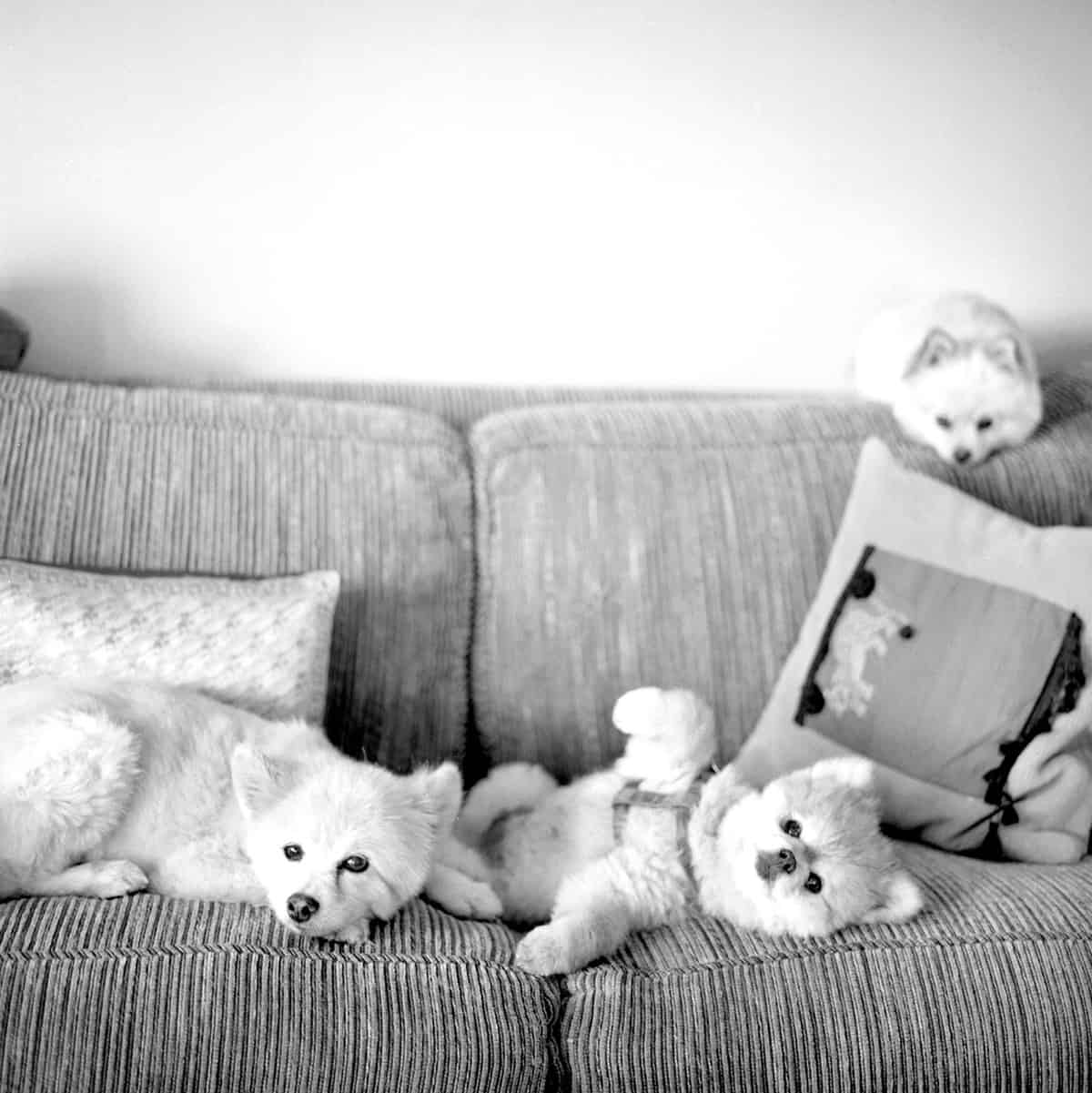 Freidin’s goal is to photograph his subjects at their most comfortable. Photo by Jesse Freidin.

While dogs are Freidin’s specialty, he contends that his focus on dogs is actually a study of humans. “For me, photographing dogs is an exploration of our own relationships and how those relationships define us as humans,” he says. “There is something powerful about the unconditional love we develop within the dog-human bond that we don’t really see anywhere else.”

Freidin’s process is simple. He talks in depth with his clients and challenges them to open up. He finds his clients share a common behavior — they are emotionally open and able to access the love for their dogs in a very honest way. “I’m creating a safe space for people to say, ‘I value this creature and this feeling of love,’” he says. “Once that sense of trust is established, the work is just easy and fun.” 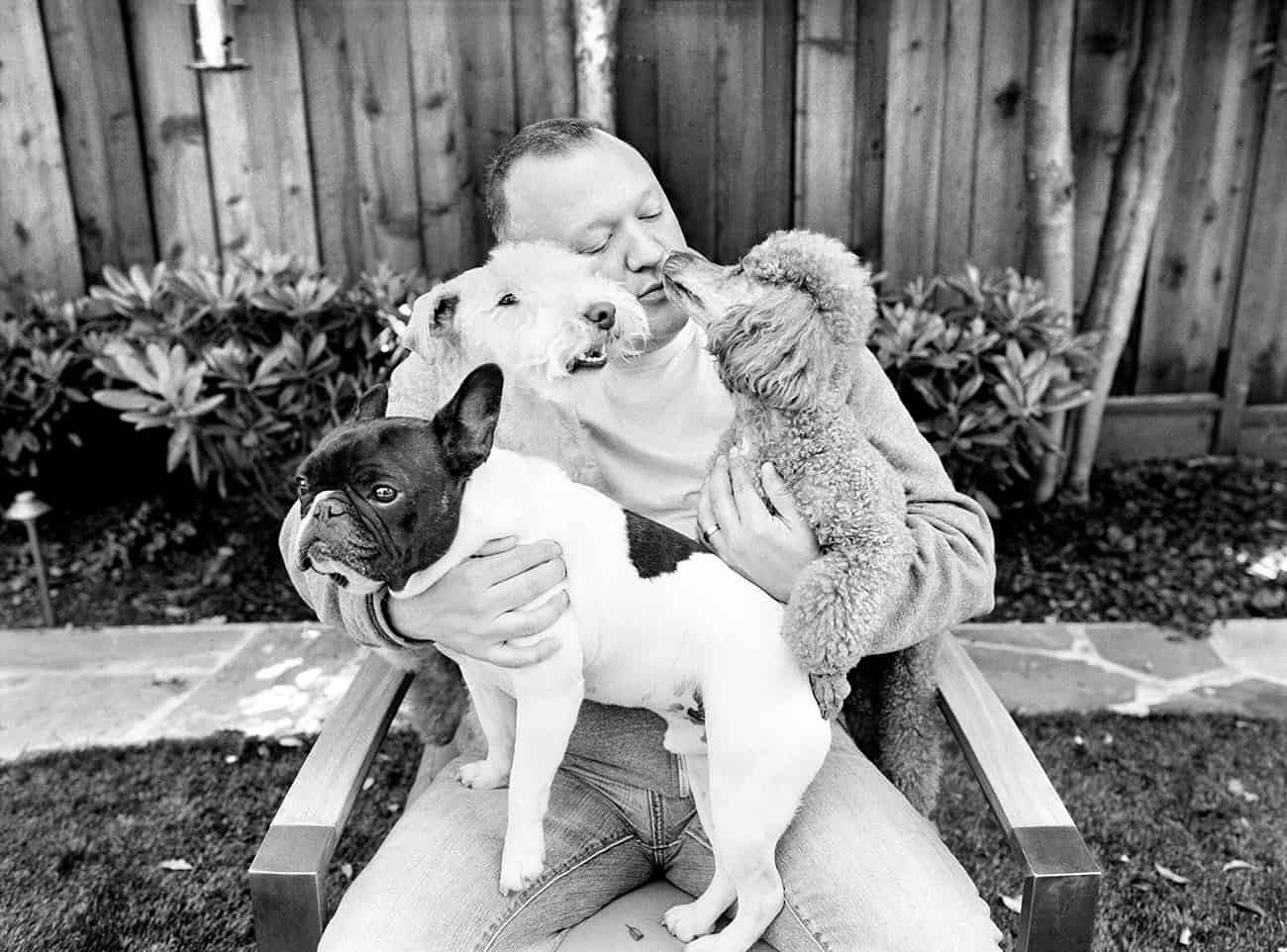 Freidin seeks to capture the dog and human bond. Photo by Jesse Freidin.

Creating a relaxed and peaceful atmosphere is important to Freidin. He avoids the use of treats and toys whenever possible. “It’s a beautiful balance of controlled chaos. It’s my job to make everyone feel calm and in the moment,” he says. The real character comes out when dogs are comfortable and people are comfortable with them.” 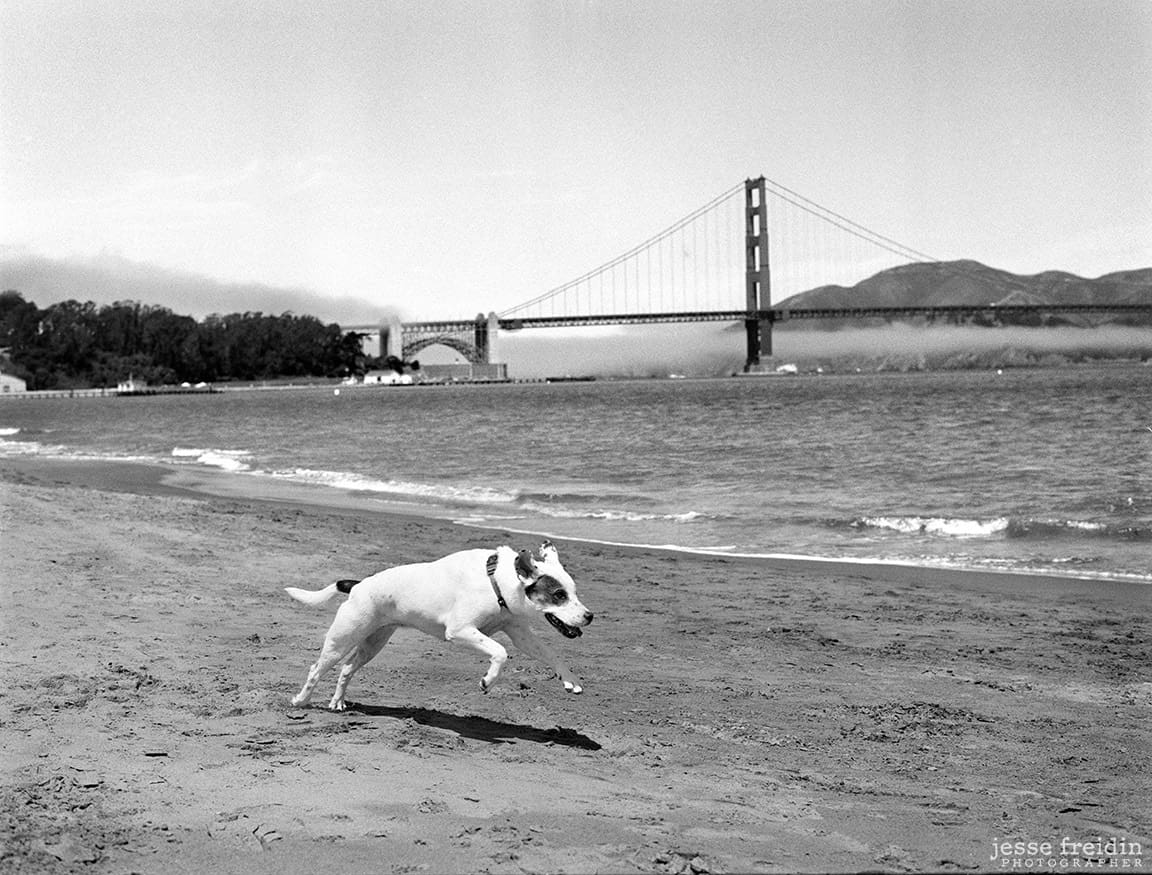 Freidin enjoys photographing in locations of significance to the pet owner. Here, the Golden Gate Bridge acts as a picturesque backdrop. Photo by Jesse Freidin.

Freidin, whose work has been featured in everything from Vogue and Cosmopolitan to People and the Huffington Post, found his own comfort in North Adams, Massachusetts where he lives with his 11-year-old Boston terrier named Pancake. Having grown up in the suburbs of Boston, lived in a major city and traveled extensively, Freidin enjoys the slower pace of small-town New England.  “It’s nice to be part of a small town where I know what’s going and am participating in the community,” he says. 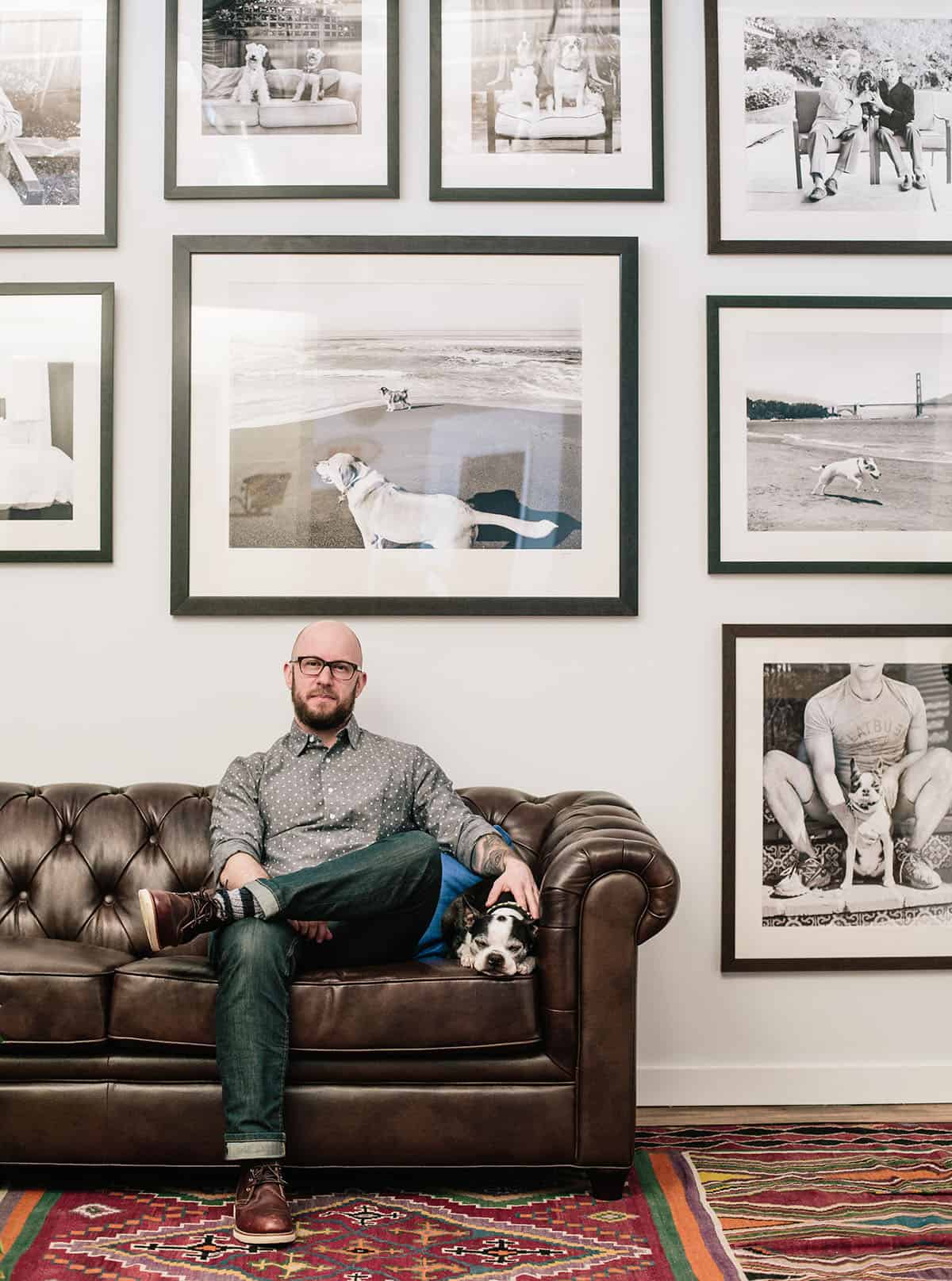 Jesse Freidin and his Boston terrier, Pancake, take a seat beneath the gallery of Freidin’s work inside his North Adams studio. Photo by Valeda Stull.

The thriving artist community and creative movement in North Adams drew Freidin there. His own live/work studio is in an artists-only building and located just three blocks from MASS MoCA, a renowned contemporary art center. He enjoys being surrounded by creative energy.

Beyond his commissioned work, Freidin has begun a mentoring program for aspiring photographers and has taken part in several special projects including The Doggie Gaga Project, Finding Shelter and When Dogs Heal – The healing powers of dogs within the HIV Community.

Top image: Jesse Freidin getting eye-level with his subject for his book Finding Shelter’s photo shoot. Photo by Amanda Brauning. 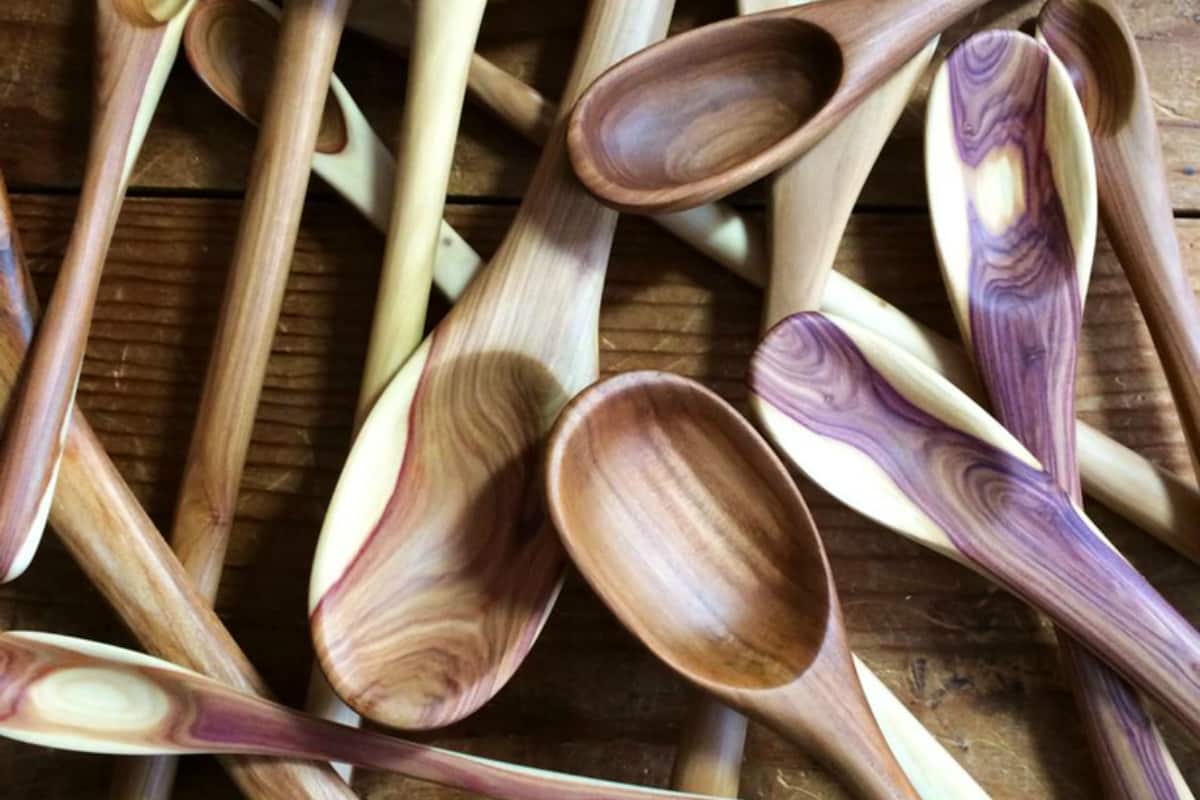