At Art Week Miami, UNTITLED, Art Fair Miami is one of the big fairs. Though there are nearly endless booths to peruse featuring galleries and artists from around the world, UNTITLED seems even more concerned with providing novel experiences for the art kids and elders frequenting the fair. Ten limited edition free posters by famous artists, six different “special projects” installed and curated by UNTITLED throughout the fair, and nearly moment-to-moment programming add up to create what feels less like an art fair and more like a bazaar. 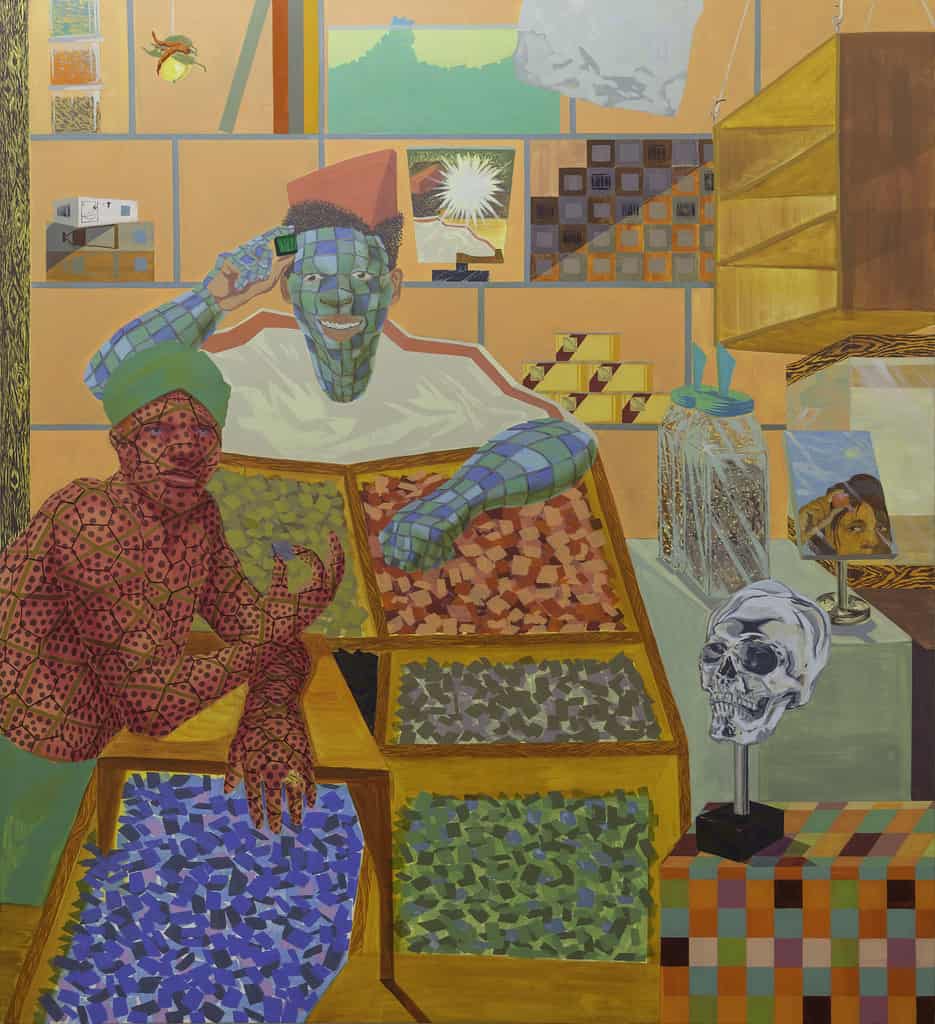 Steben Zevitas Gallery showed selected works from Alex Jackson, who graduated from the Skowhegan School of Painting and Sculpture, in Skowhegan, Maine in 2015 and then went on to earn an MFA in painting and printmaking from Yale University. His works are daunting, both in size and thematic exploration. 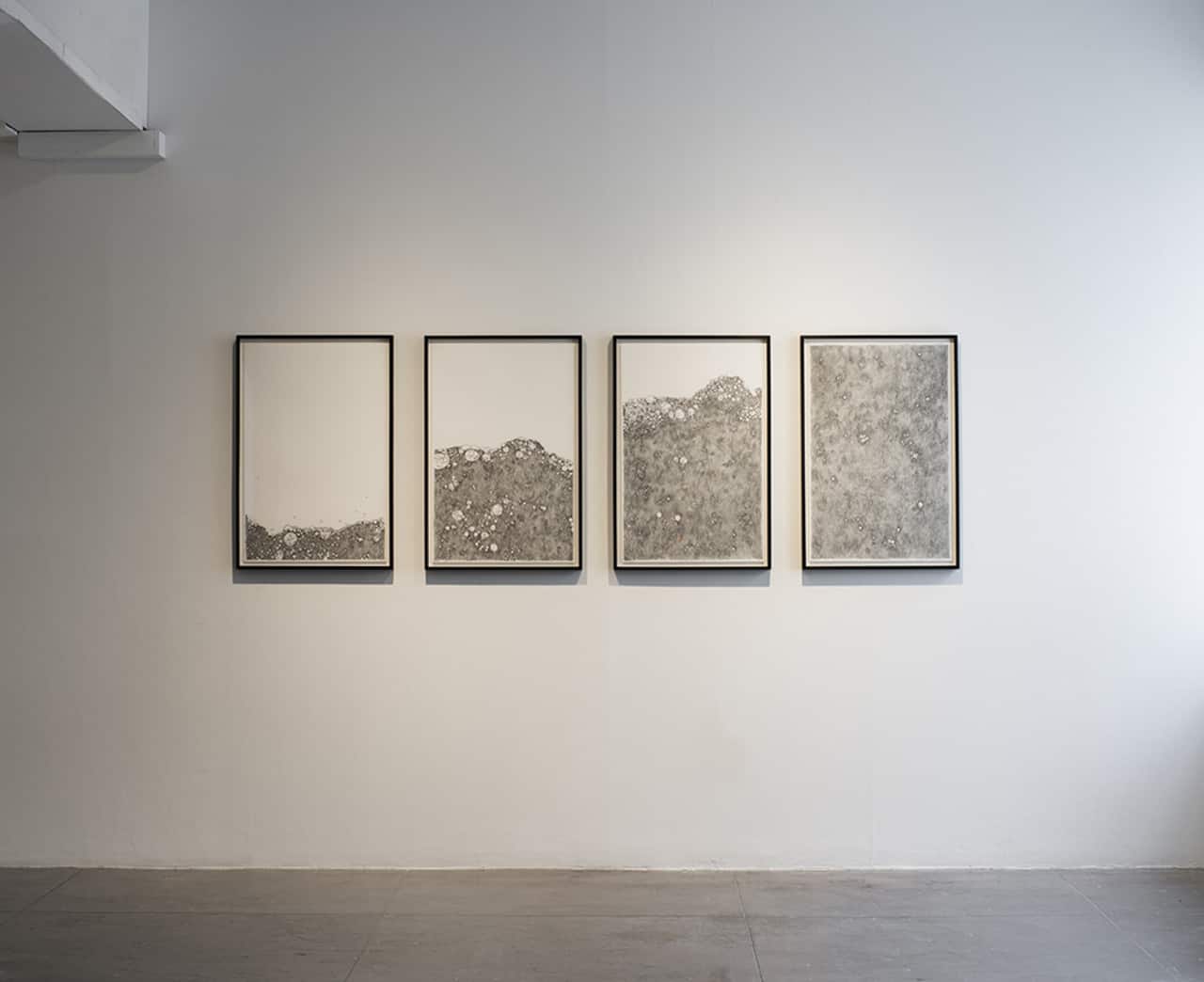 LaMontagne Gallery brought works from two New Englanders and one New York artist. Kim Faler’s work was on the scene alongside two of Joe Wardwell’s large wordy collages, sort of a minimized version of his massive work on view right now at MASS MoCA in North Adams, Massachusetts. 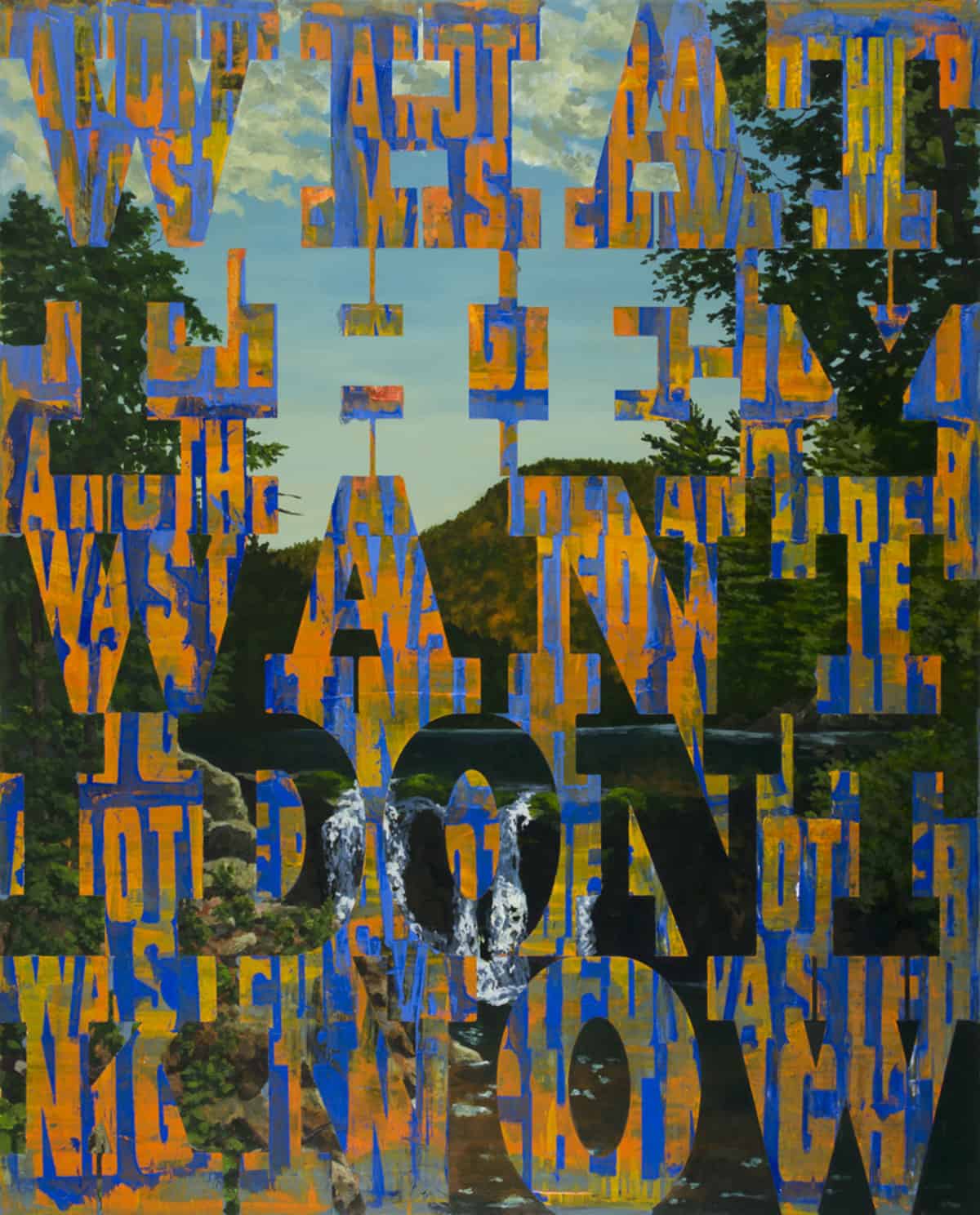 Though Take Magazine isn’t necessarily a space for promoting art from outside New England, we can’t help but mention a few folks in this roundup. First, Eugenio Ampudia’s kinetic sculpture that morphs from the word “time” into shapes and patterns, then back again, serenely offers viewers a soothing, tangible work that found a way to assert itself amid the din of the fair (fun fact: the artist’s name was just scrawled into the wall below the piece, near the floor with no description and barely legible.)

Additionally, the New York City-based gallery The Hole presented a selection of languid portraits by Eric Yahnker that spoke to basically everyone who walked by the booth. Donald Trump blow-drying his hair, a late-Victorian mother nursing her baby with a two-liter bottle of Mountain Dew and Justin Bieber painted in reverence like the Madonna Child all done in a sfumato that would rival da Vinci. 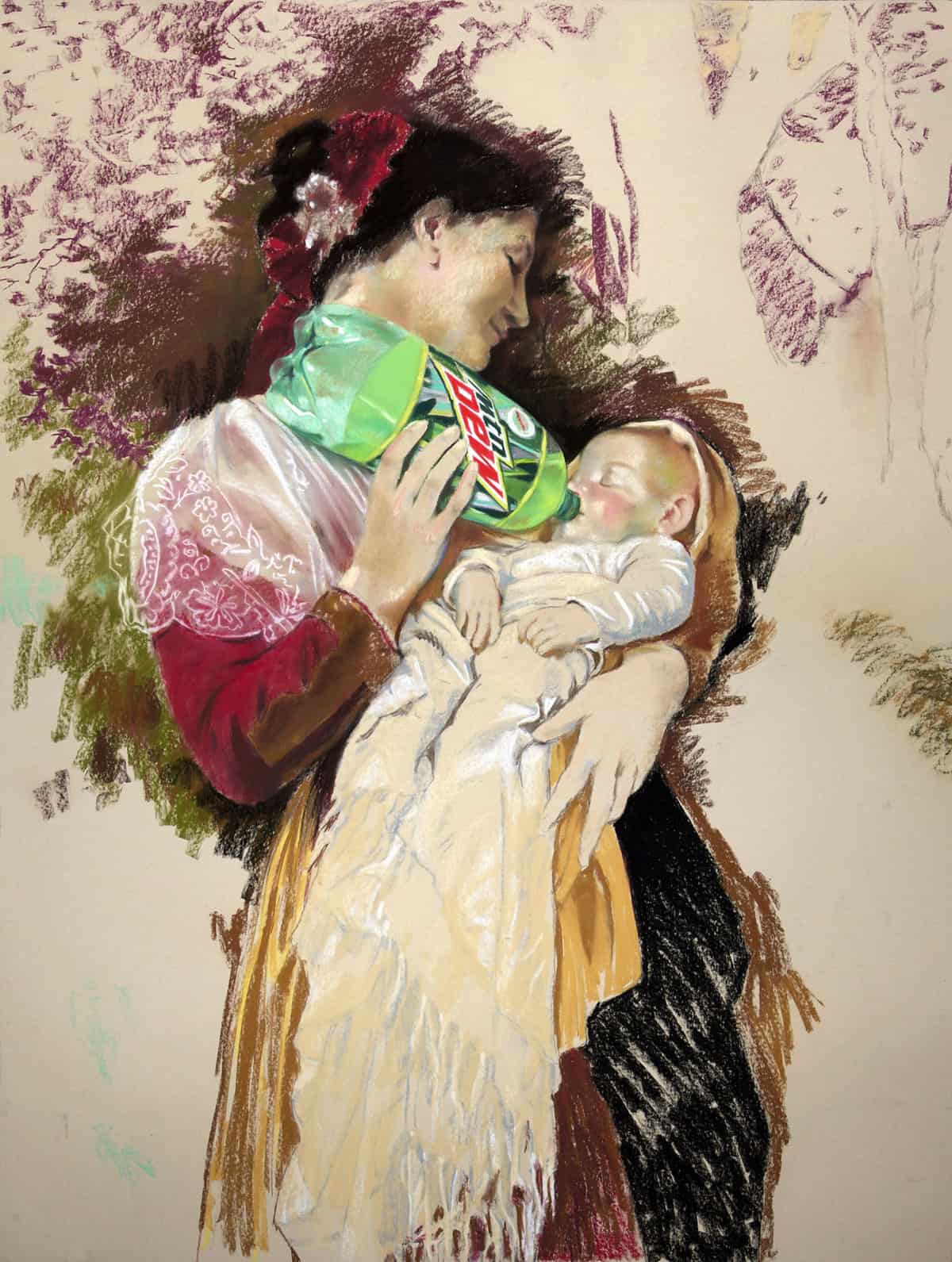 Check in with us tomorrow as we give you the exclusive first look at SCOPE and INK Miami.