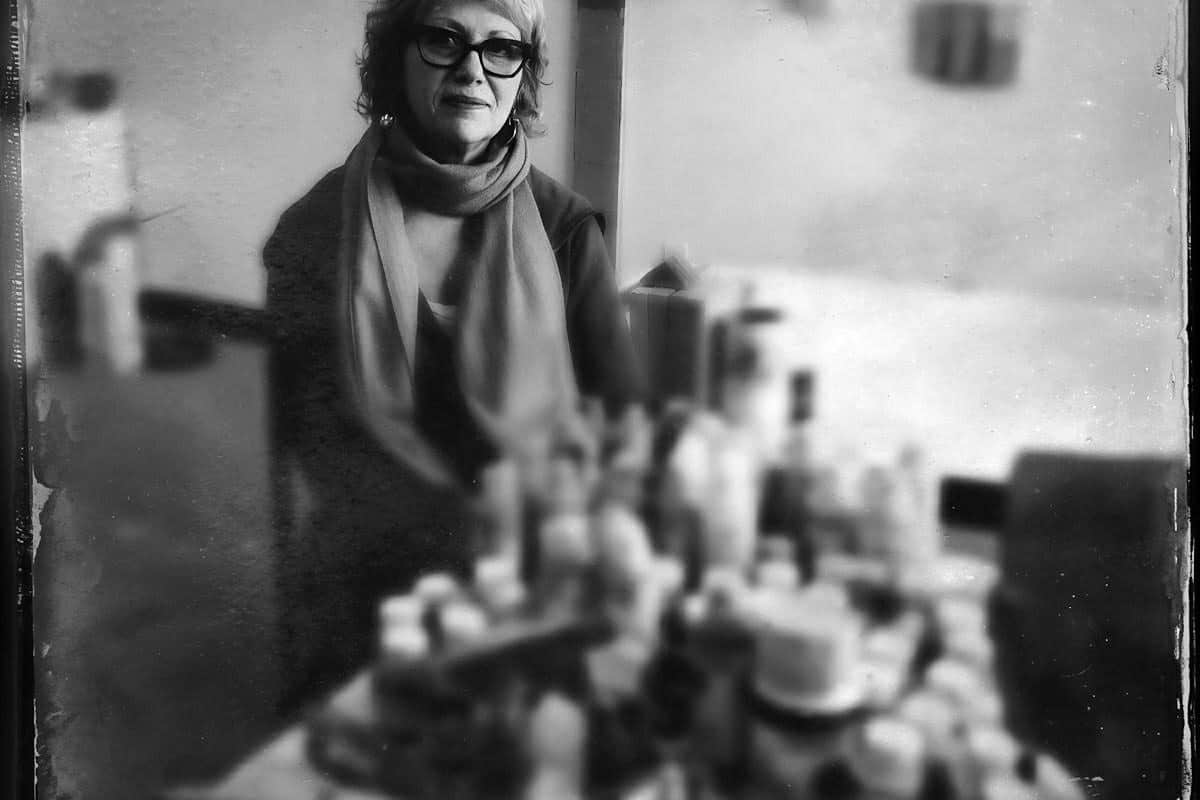 For painter Julie Graham, it’s not the architecture that receives applause that captures her fascination but the utilitarian forms derived from practical necessity. Whether functional industrial buildings or clustered slum dwellings, Graham is inspired by the practicality and improvisation of the structures and the beauty in the haphazard pairings of material within them.

In Incidental Matters, her show at Kingston Gallery‘s Main and Center Galleries in Boston, Graham has simplified her materials and her approach for a more pure meditation on these interests. Stripping down the textural additives has shaped more minimal pieces. With this method, every mark becomes more intentional to Graham and hopefully more meaningful to the viewer as she brings the complexity of the subject matter down to a more basic language that addresses the core of her interest.

“Incidental matter refers to those things that we see or find that are not necessarily meant to be together but they are together by default, and uncertain or unplanned relationships,” Graham says. “That’s what I’m really looking at.” 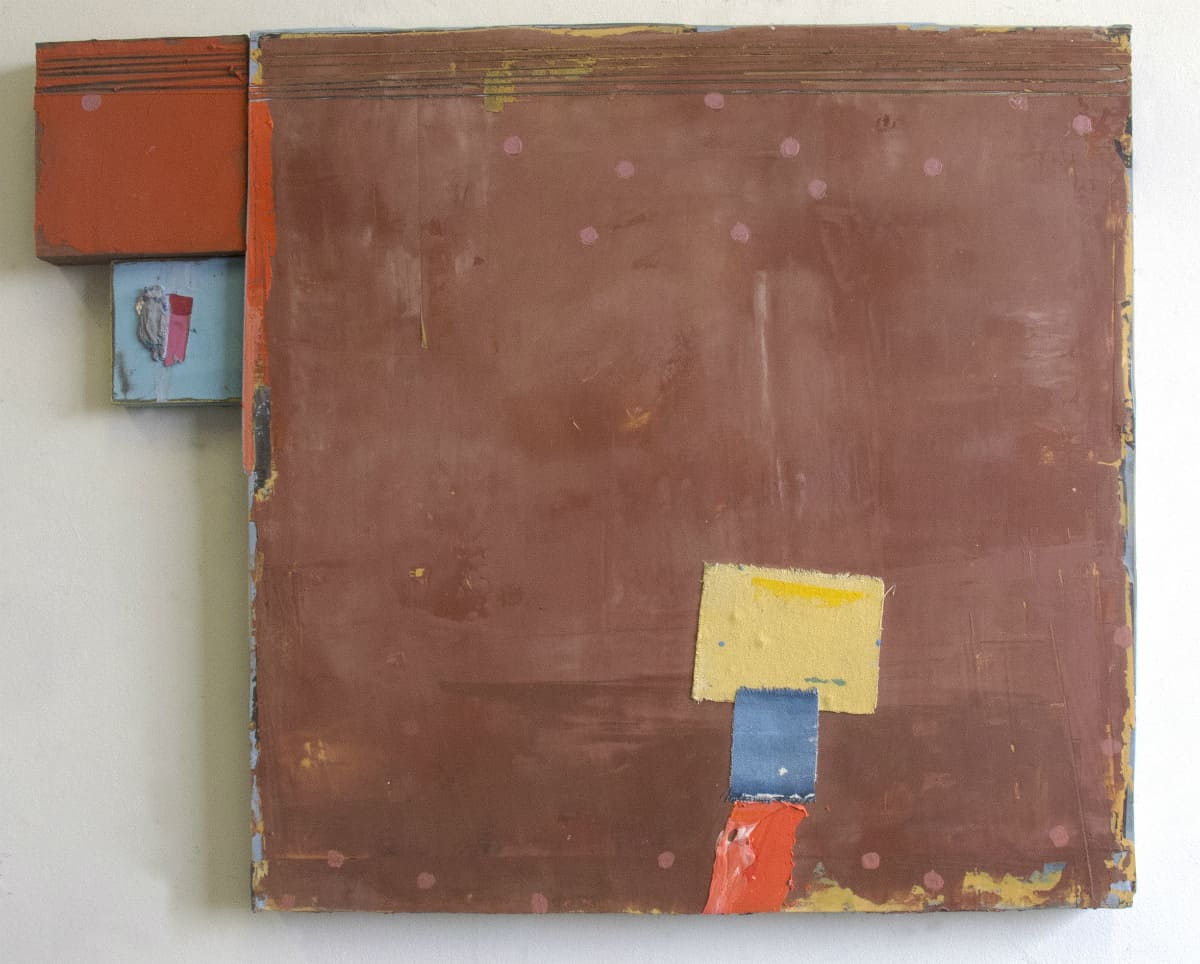 Graham prefers architecture of the humble variety that results in clustered housing structures. Poor urban areas utilize less expensive material, particularly material that is already -hand, convenient and local, and Graham sees this as creating surprising relationships between the parts of the whole. “I’m interested in details,” she says. “I’m interested in fractions or fragments of things. I’m not interested in defining representation or making something refer to something specific. I want it to be open-ended, so I want it to be ambiguous in that regard. That’s why I focus in and look at the details and make the entirety of the object less important.” 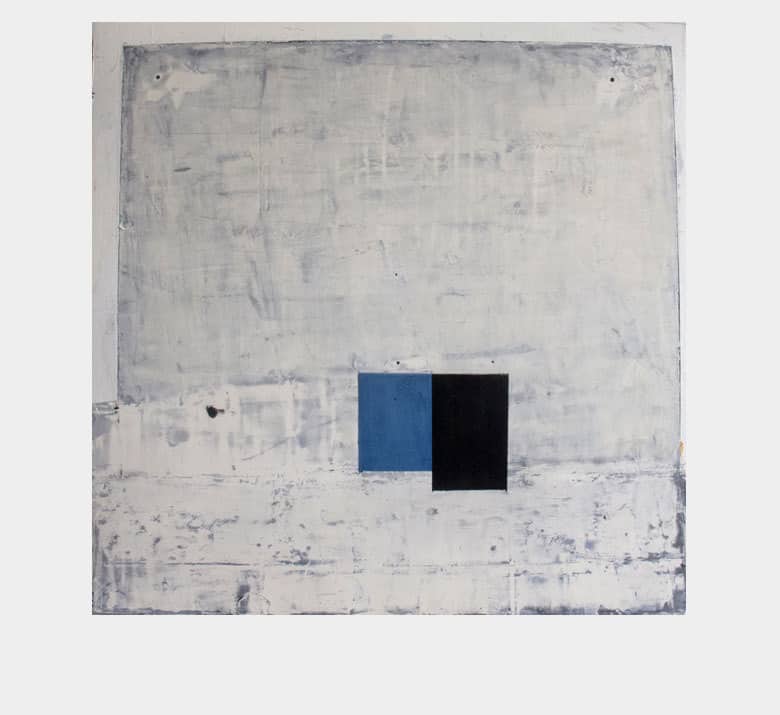 One material that remains at the center of her work is the building material spackle, which she mixes with her paint to add a dimension of construction to her paintings. Graham makes use of other materials, like fragments of canvas and wood, for further construction parallels.

“Spackle a pretty important staple of my vocabulary,” she says. “It allows me in the process of having flexibility in terms of adding and subtracting, so I can build and take away and build and take away, so that becomes a process, so it’s not unlike, in my mind, making a building.” 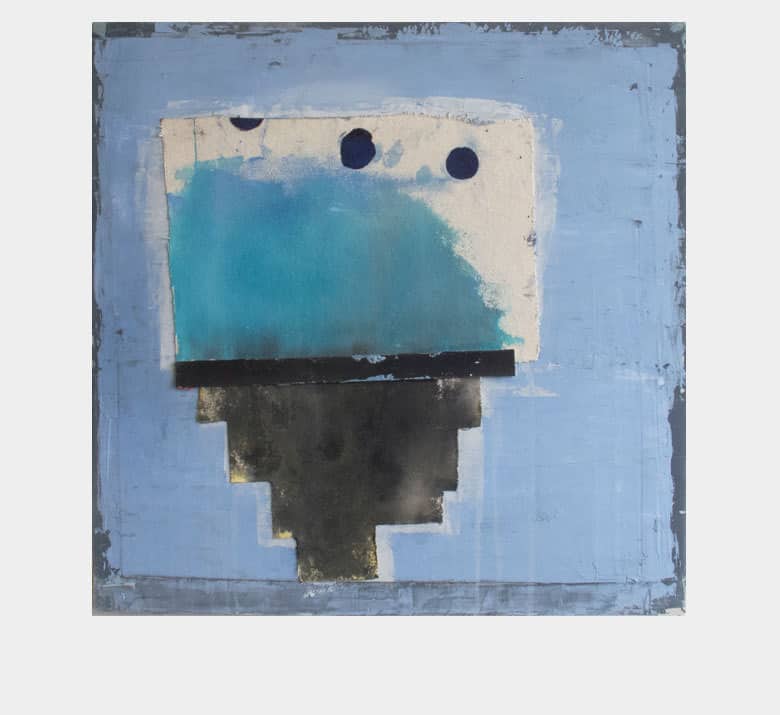 Graham says that she has always been interested in ruins, fueled by a trip to Rome that expanded her understanding that history can be told in surfaces and states of decay. It also formed for her the idea of “how nature and man collaborate with time.” The human touch in that collaboration is important to her.