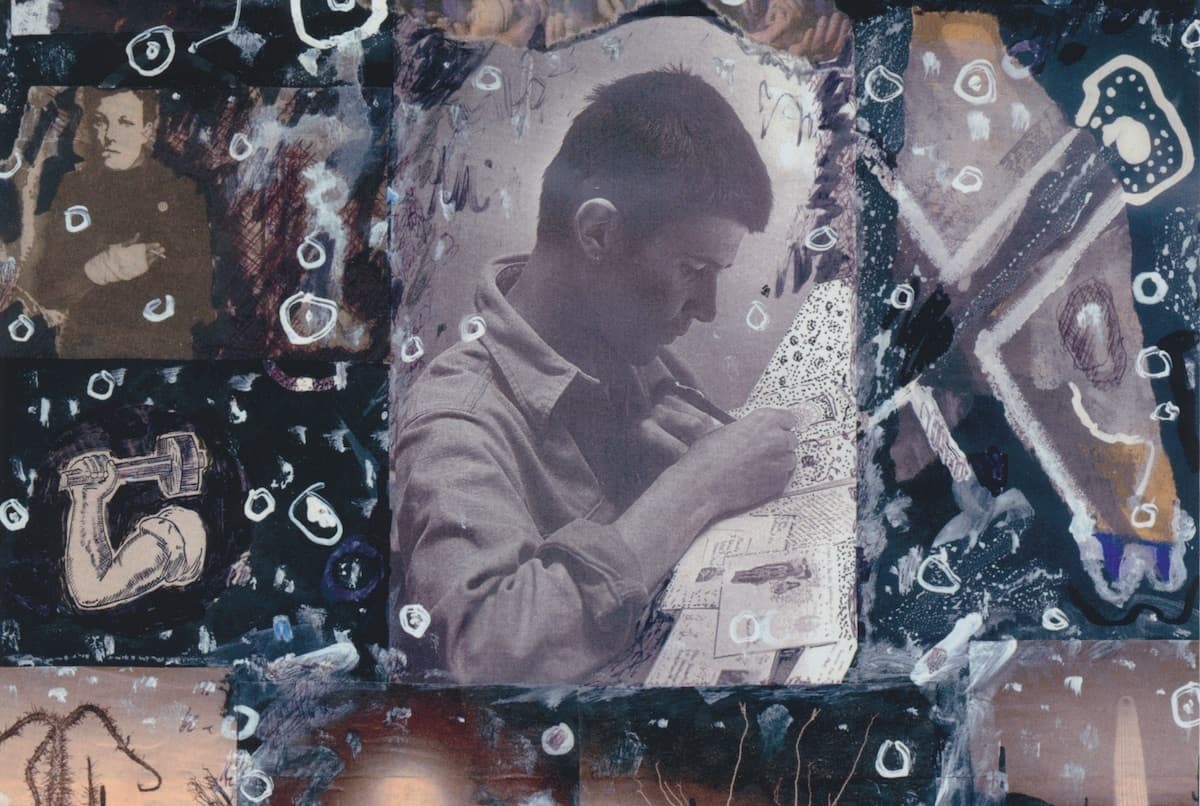 Klausland: The Life and Work of Klaus Postler, by Eileen Claveloux with Meghan Piercy, tells the story of this relatively unknown New England collage artist through personal essays that depict a man full of joyful generosity and intense focus. Claveloux, Postler’s longtime partner and an artist in her own right, wrote the following tributes for the book.

On January 6, 2013, Klaus Postler died very suddenly in his studio in Conway, Massachusetts, at the age of 61.

An artist who worked diligently and devotedly throughout his life, he spent the last five and a half years in Holyoke, Massachusetts, with me. Before that Klaus had lived in New York City, and for many years before that he resided in Westmoreland, New Hampshire, and the Brattleboro, Vermont, area.

Klaus left many friends and family members who still cannot comprehend how such a powerful life force could have slipped away so quickly. 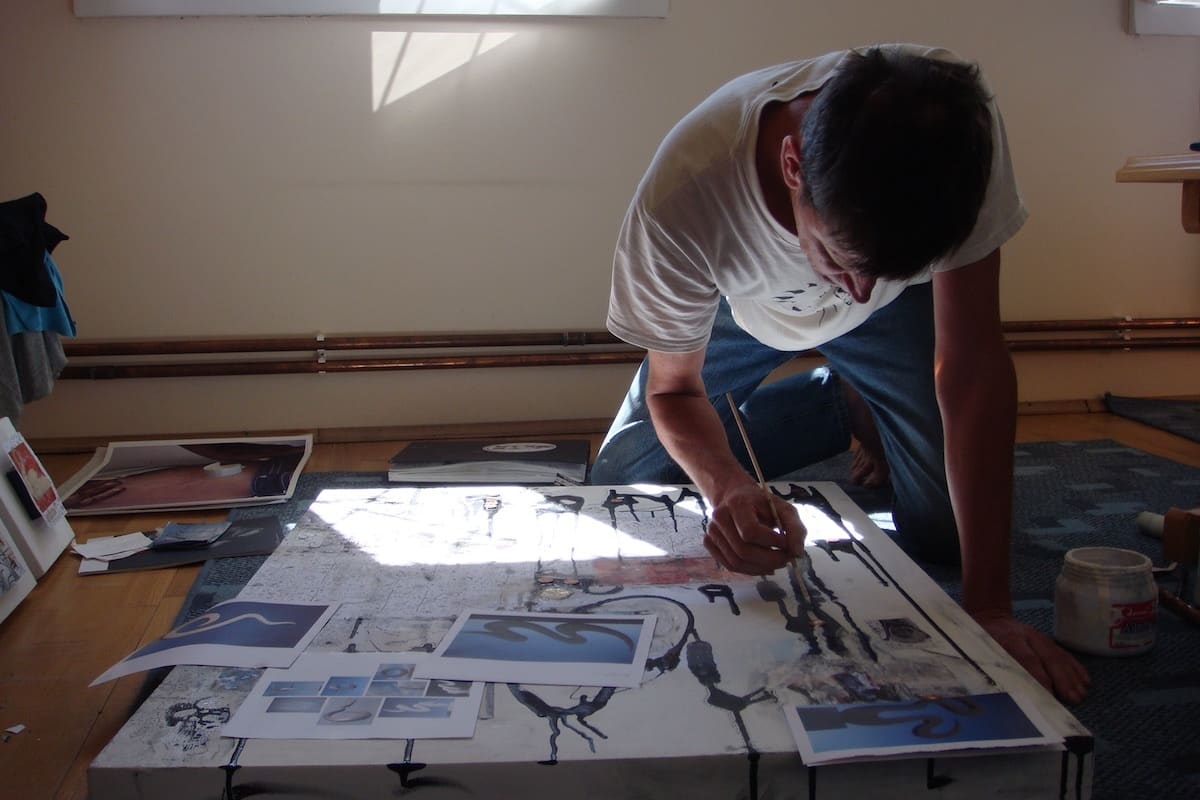 Klaus in his studio in Romania, summer of 2007. Photo courtesy of Small Batch Books.

Born in 1951 in Yonkers, New York, Klaus grew up in Fairfield, Connecticut, where the family moved when he was six. Fairfield was a relatively rural place in the 1950s and ’60s, and Klaus roamed free with his siblings and friends. That freedom and constant interaction with the natural world informed his artwork for the rest of his life. He was also a child of his time, exposed to a great deal of commercial images, both still and moving. Klaus was a vast repository of the most obscure jingles and sound bites imaginable, able to pull out appropriate and inappropriate bits at will for any and every occasion.

Although Klaus exhibited his work internationally, and kept Mail Art correspondences with people around the world, his work is not well known. This book is meant to introduce the life and work of Klaus Postler to a larger audience. It is also intended to bring together some of the work he left behind for those who loved and treasured Klaus and his art. 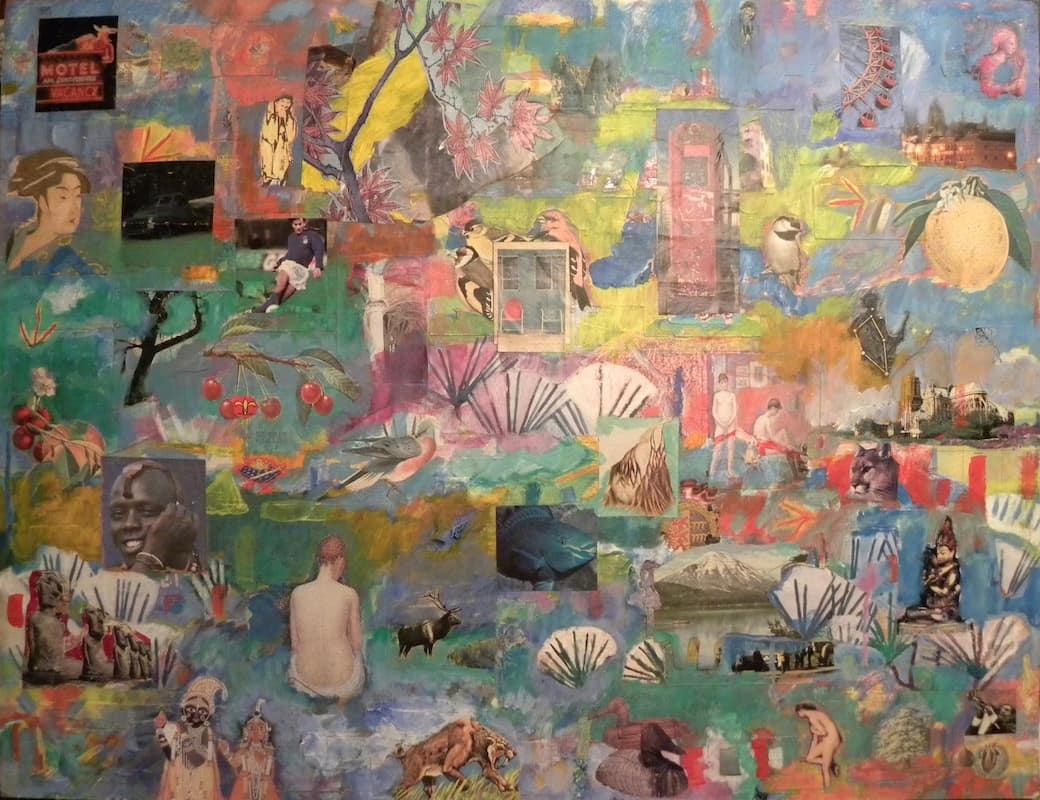 Klaus was a consummate artist. He constantly drew, scribbled, collaged, and wrote. He told me that he had to draw continually in school—it was the only way he could concentrate. He had ADHD with dyslexia, and drawing and making art focused him so that the hours flew by without his realizing it. When he died, he left almost 35 years’ worth of sketchbooks, filling a good-sized bookcase along with more in boxes. They span the ’70s to the end of his life in January 2013. The sketchbooks include everything—detailed accountings of his finances, dreams, life events, cut-out pieces from everywhere and anywhere that caught his attention. There are drawings, copies of drawings, collages, copies of collages, notes on exhibitions and art he’d seen, lists of galleries to apply to, letters and Mail Art from friends and strangers, receipts and musings. He also stored pieces he planned to use for Mail Art, often the covers to be glued onto large manilla envelopes. The books, all shapes and sizes, were also his way of organizing and filing things he might need, including addresses and phone numbers. They are not in a true chronological order; one might span a few years and have a kind of theme, finances, or dreams, but not necessarily exclusively. I’ve helped him try to find some important paper or phone number that was stored in a notebook, both of us going through decades of books to try to find the desired item. There was a kind of order to them, but not order in a way that most people would understand or be able to tolerate. Klaus’s books are a wonderful reflection of the alive and vividly imaginative brain that drove him.

Klaus was fun. Always. His artwork reflects his playfulness and exuberance. It also shows his remarkably sophisticated eye and sensibility. The artwork and sketchbooks remain to attest to his development as an artist and human being, and to his dedication to his work. 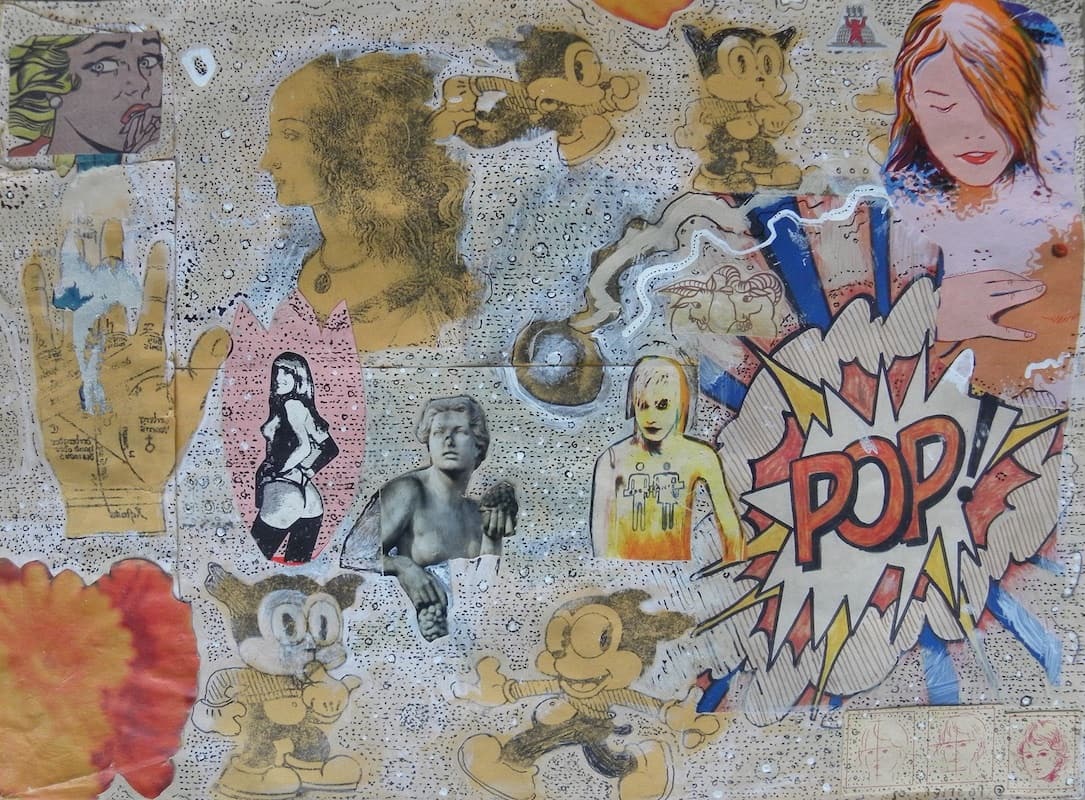