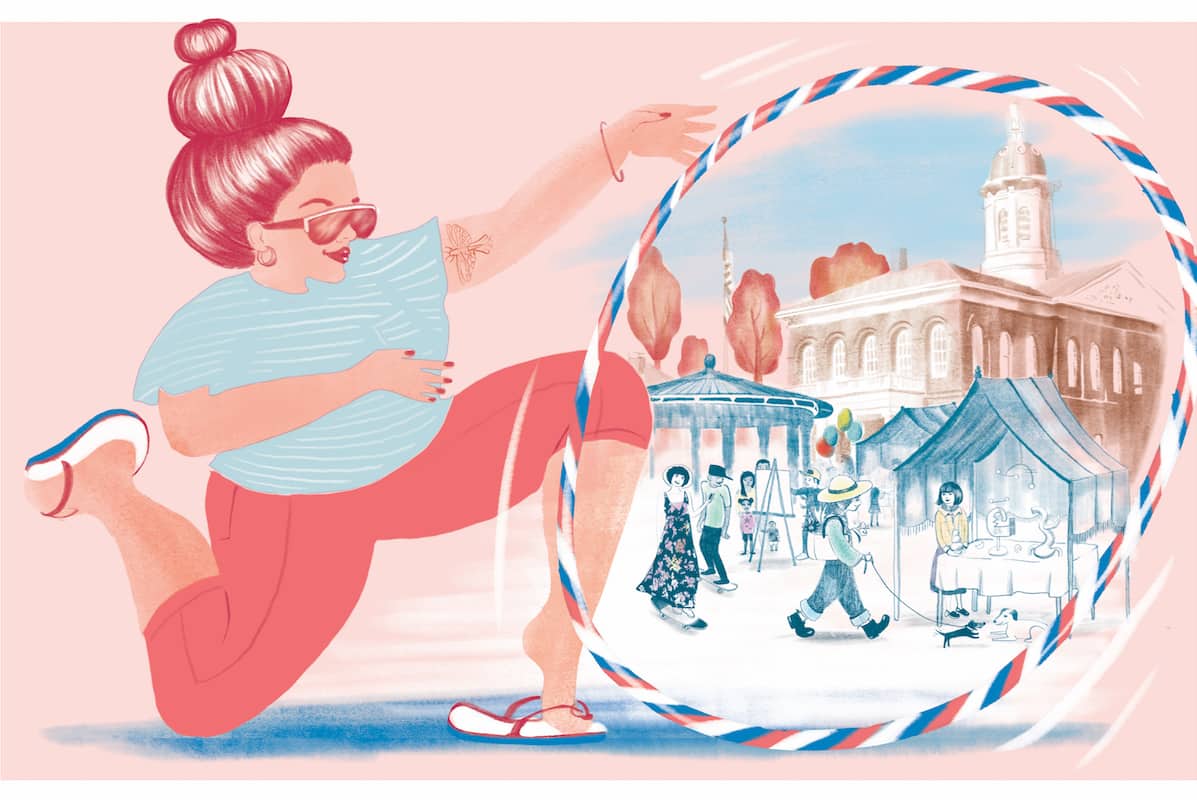 With its growing number of affordable artist studios and work spaces, Exeter, New Hampshire is on the cusp of something big.

Exeter, New Hampshire, is only ten miles, yet seemingly worlds away, from Portsmouth—long considered the Seacoast’s creative hub. A picturesque town best known for being home to Phillips Exeter Academy and the state capital during the American Revolution, Exeter is now a destination for artists, musicians, and other creatives priced out of Portsmouth.

“There are people here making a living as artists and musicians, and residents who have never seen or heard their work,” says Scott Ruffner, an Exeter native and local realtor who’s also a musician and an ardent advocate for the town’s artistic culture. The founder of the Arts Industry Alliance and its community initiative TEAM (Town Exeter Arts Music)—nonprofits supporting local independent and emerging artists—Ruffner helps organize the town’s First Friday art and music walks and the Exeter Arts & Music Fest, gathering local talent to perform on Swasey Parkway, a downtown park.

On the west side of town, visitors are discovering Art Up Front Street, an artists’ collective owned by Rose Bryant and her husband, Mal Argondizza. Combining studio and gallery space, it’s the first venture of its kind in the area. “I think creative people in Exeter are starved for someplace to land,” Bryant states.

Not far away, Alan and Joanie Mason are transforming a former turn-of-the-century dance shoe factory into artist studios and industrial workspaces. Painter Bradley Castellanos, who relocated to Exeter from New York City last year, is one of two artists currently renting space.

Established local venues are using art to build community, including Phillips Exeter Academy, whose new center for theater and dance is slated to open in 2018. The school’s Lamont Gallery spotlighted regional artists this summer with the exhibition Neighboring in a temporary space downtown. Audiences are also flocking to live music and spoken-word events at the Word Barn, an intimate performance space inside an antique barn on the outskirts of town.

As the creative community grows, so does downtown Exeter, with its quaint nineteenth-century storefronts and restaurants. Dining options run the gamut, including savory quinoa bowls at Laney & Lu Café; lattes at D2 Java; burgers and pizza at Station 19; and local seafood at Otis, located in a former jewelry store.

To Ruffner, the changes confirm his sense that the town is on the edge of something big. “Exeter is on the cusp of something. We’re ready to shake things up a bit.”