The concept for painter Lavaughan Jenkins’ new work “Reconstructed Figures”, currently showing at Abigail Ogilvy Gallery in Boston through October 1st, came to him as his ideas often do—in a dream. His previous series of oil paintings focused on texture in such a way that they could barely be considered entirely two-dimensional, given the way Jenkins slathered the paint onto the canvas. “I had a dream about them where I was walking through the paintings,” says Jenkins, “and that’s when I knew it was time for me to figure out how to make them three-dimensional.”

Jenkins’ interest in three-dimensional paintings centers around the idea of seeing the other side of the canvas, a concept that has fascinated Jenkins for years since he was an undergraduate at the Massachusetts College of Art and Design. He returned to consult with professors who specialized in clay, but Jenkins didn’t want to use that medium. He wanted to sculpt with oil paint. “I figured since I’m a painter I should probably use oil paint,” he says.

The figures he created have skeletons of wire and molding paste with four to five dense layers—up to an inch-and-a-half thickness—of oil paint on top. These took Jenkins a year-and-a-half to complete and required a break from working on them before the show’s opening to give them time to dry properly. The pieces take up to four months to dry enough for travel and display, particularly in the leg areas, which Jenkins says are almost entirely made of paint, and in the sections using darker colors, which are more oil heavy. 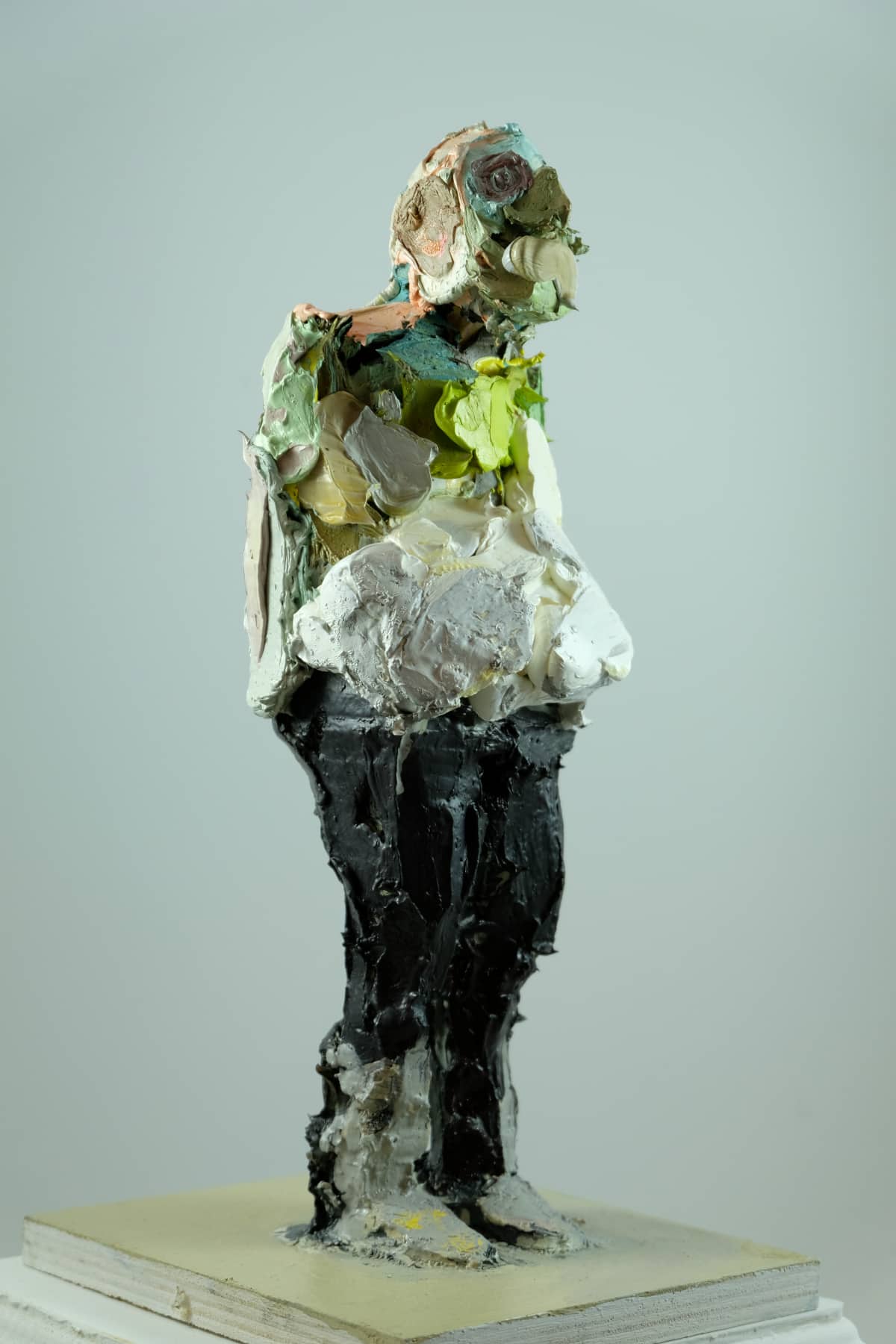 Once dried, the figures are attached to spinning wood platforms and mounted on the wall to be presented as paintings traditionally are. The mechanism allows the viewer to experience the paintings from all vantage points, like the three-dimensional versions Jenkins imagined.

The figures are a manifestation of Jenkins’ own life, what he calls “the accumulation of things forgotten.” He points to images in ancient Egyptian art of figures called gift bearers, and he sees these figures within the same context. He is giving the gift of his life to the viewer. 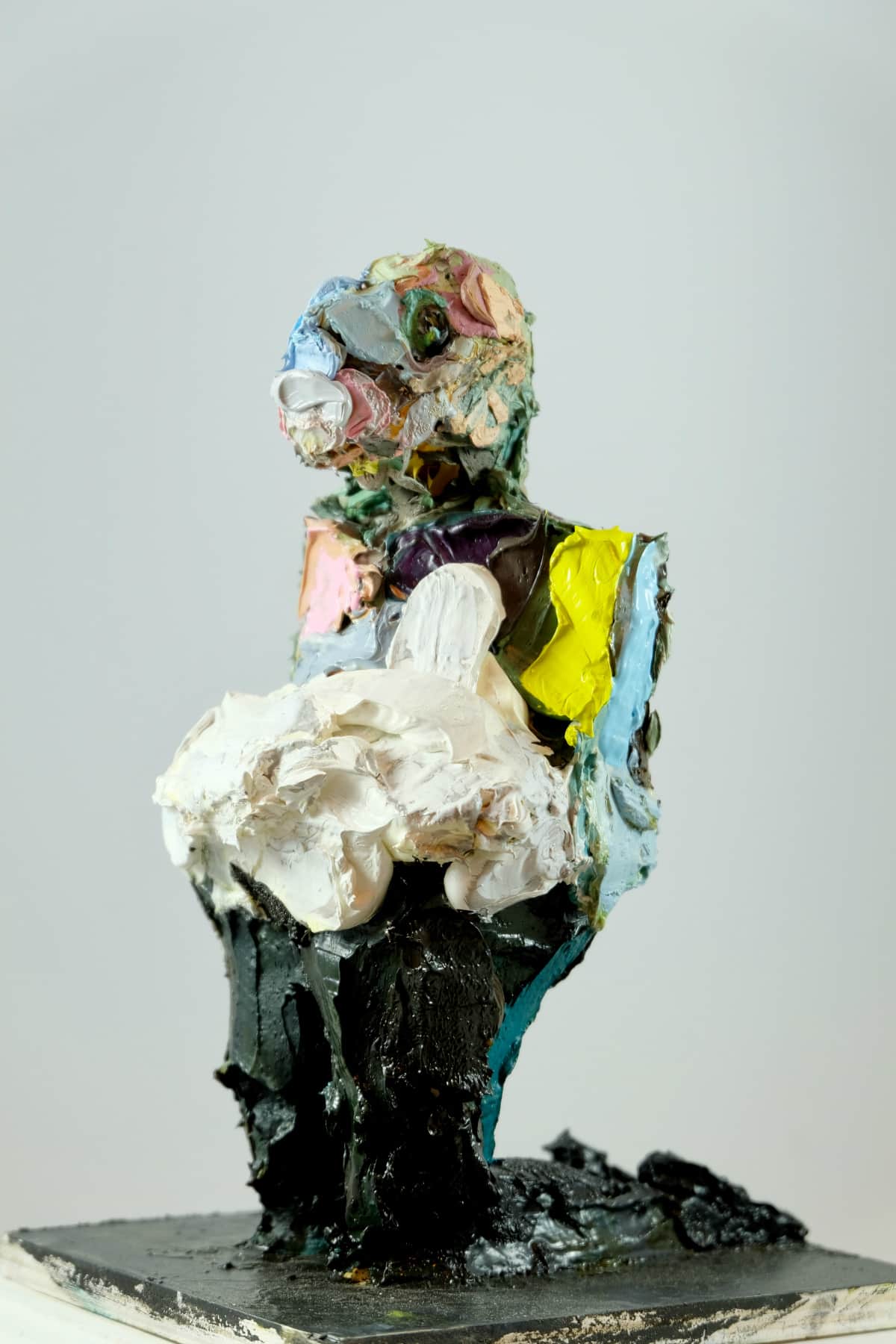 “They’re like landscapes of my personal history,” says Jenkins. “My dad, women who have played a role in my life, mentors, artists who have helped me get to where I am right now. Those stories are now physical, and I won’t be able to forget them because they are documented.”

Jenkins still loves working in the two-dimensional, and his plan isn’t to move away from either that or three-dimensional, but rather to integrate them. One plan has him creating life-sized versions of clay and plaster. Another will find Jenkins creating portraits of his figures, which suits him fine.

Top image, Lavaughan Jenkins, all image courtesy of the artist