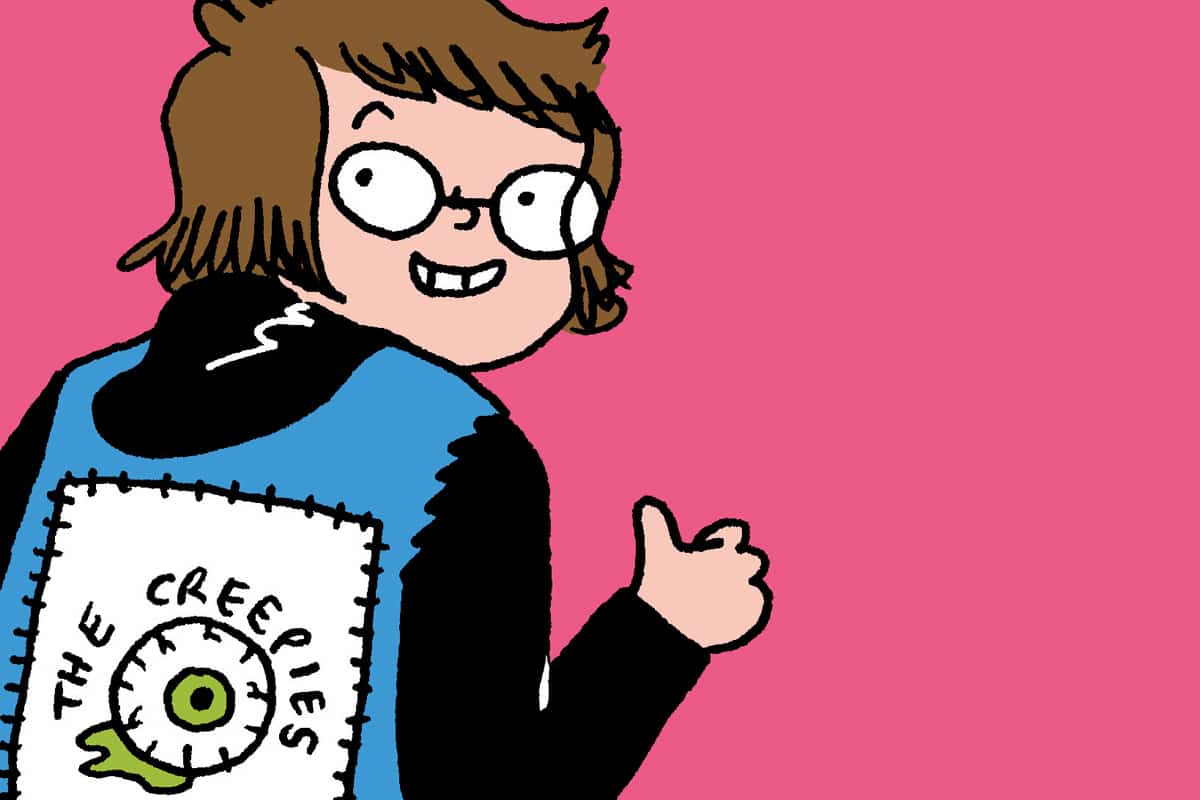 Portland, Maine comic artist Liz Prince sets aside autobiography to take on gender stereotypes and more in her new book, Coady and the Creepies.

Maine comic artist Liz Prince may be best known for her humorous and relatable awkward autobiographical comics and graphic memoirs like Tomboy, but she has also done work for Cartoon Network properties like Adventure Time, and The Regular Show. Most recently, she was a featured artist at the Massachusetts Independent Comics Expo, an event dedicated to celebrating independent comics and graphic novels.

In her most recent book, Coady and the Creepies, Liz sets aside her usual autobiographical format to bring us into a fantastical world of punk bands and ghosts. The four-part book follows a punk band comprised of triplet sisters a few years after they all survived a serious car accident — or so they thought. Coady, the singer for the band, is actually a ghost now and is doing her best to hide the truth from her sisters. Despite roadblocks at every turn, the group is determined to finish their tour in the spotlight even if it means fighting off their male rivals…and the undead. 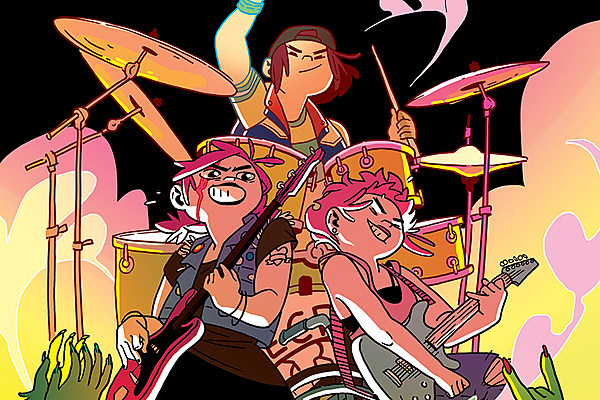 From the cover of Coady and The Creepies

Prince describes her entry into fiction this way: “I wanted to tell a story about punk that really reflected my experiences with the scene, but that also combined a fun supernatural plot line as well. The series is actually continuing the storyline thread that I started in my memoir Tomboy, about how punk really helped me understand my own identity as a woman who didn’t necessarily fit in with what was expected of me as a woman.” 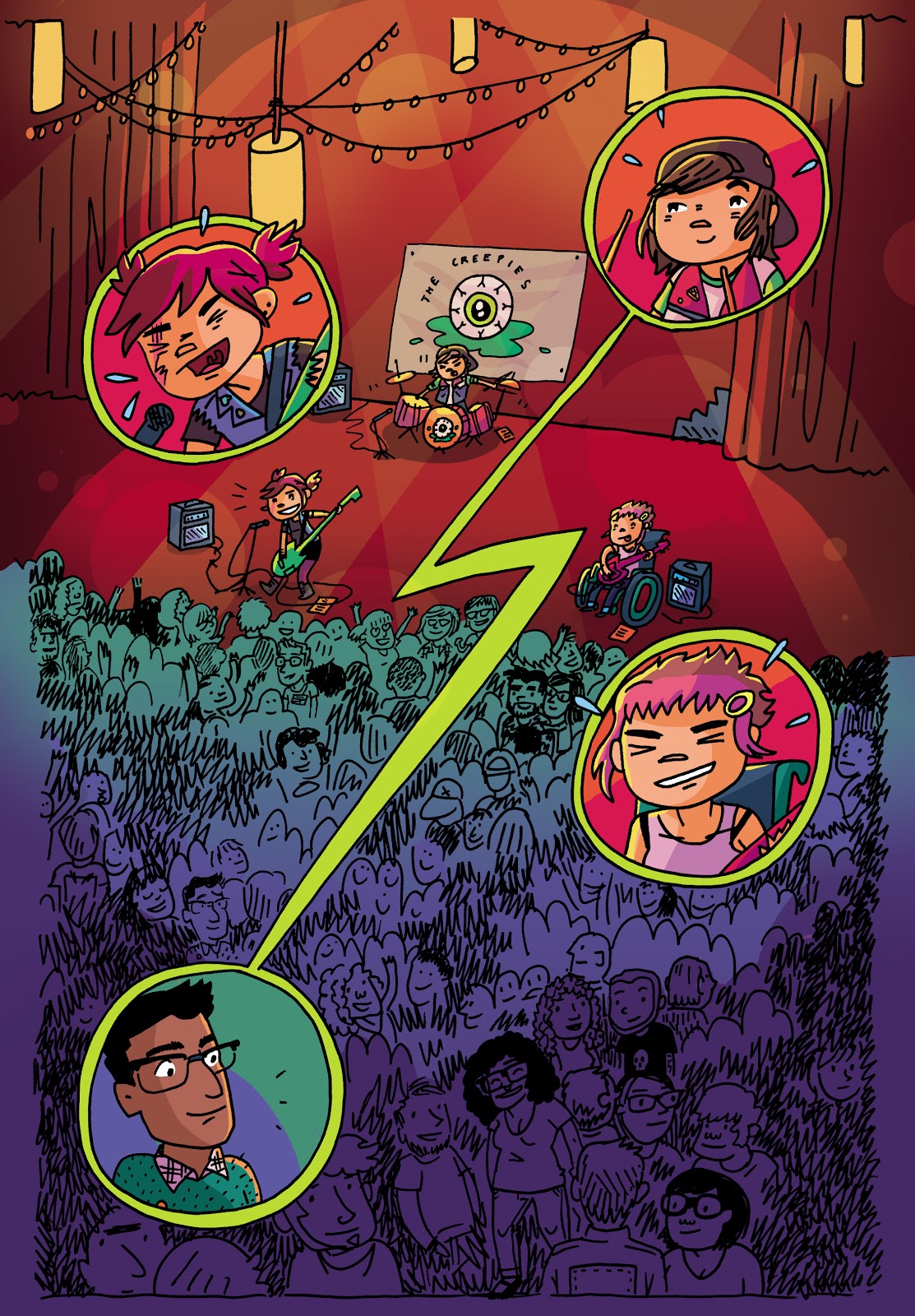 A page from Coady and The Creepies

Coady and the Creepies also addresses gender stereotypes and the lack of inclusivity within facets of arts and music communities. Near the end of the book, the band is expecting to play a concert in a basement venue for the final show of their tour. It becomes clear that one of the sisters, Criss, can’t actually get into the venue to play since she uses a wheelchair and every entrance is only accessible by stairs. “I wanted to point out how even in subcultures that have branded themselves as being outcasts and prided themselves on inclusivity, there is still a lot of room for improvement.”