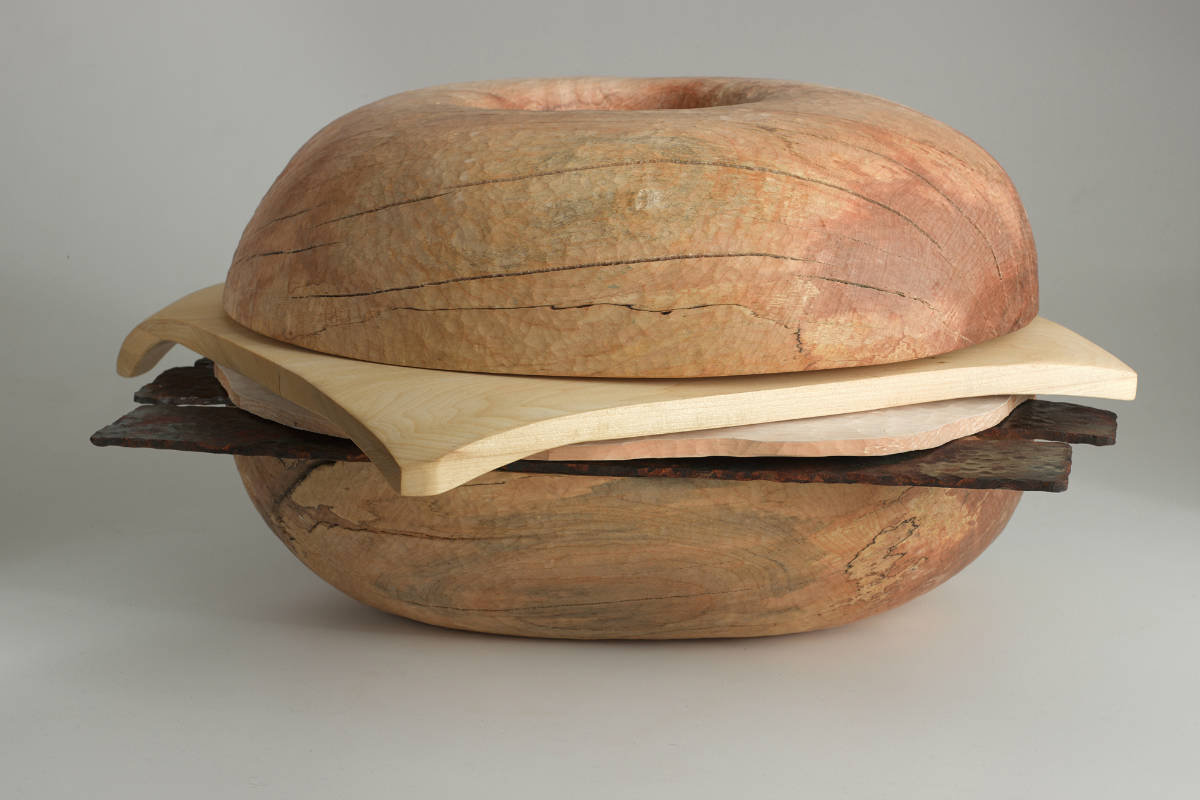 For Maine sculptor Lin Lisberger, each sculpture represents “a moment in time and space and the life of a tree.” Born in Connecticut, Lin came to summer camp in Maine as a child and decided to move to the Pine Tree State in 1975. “I’ve lived in the woods of Gorham for over 30 years,” she says. “I am very lucky to have this natural environment as a background and a backdrop.” 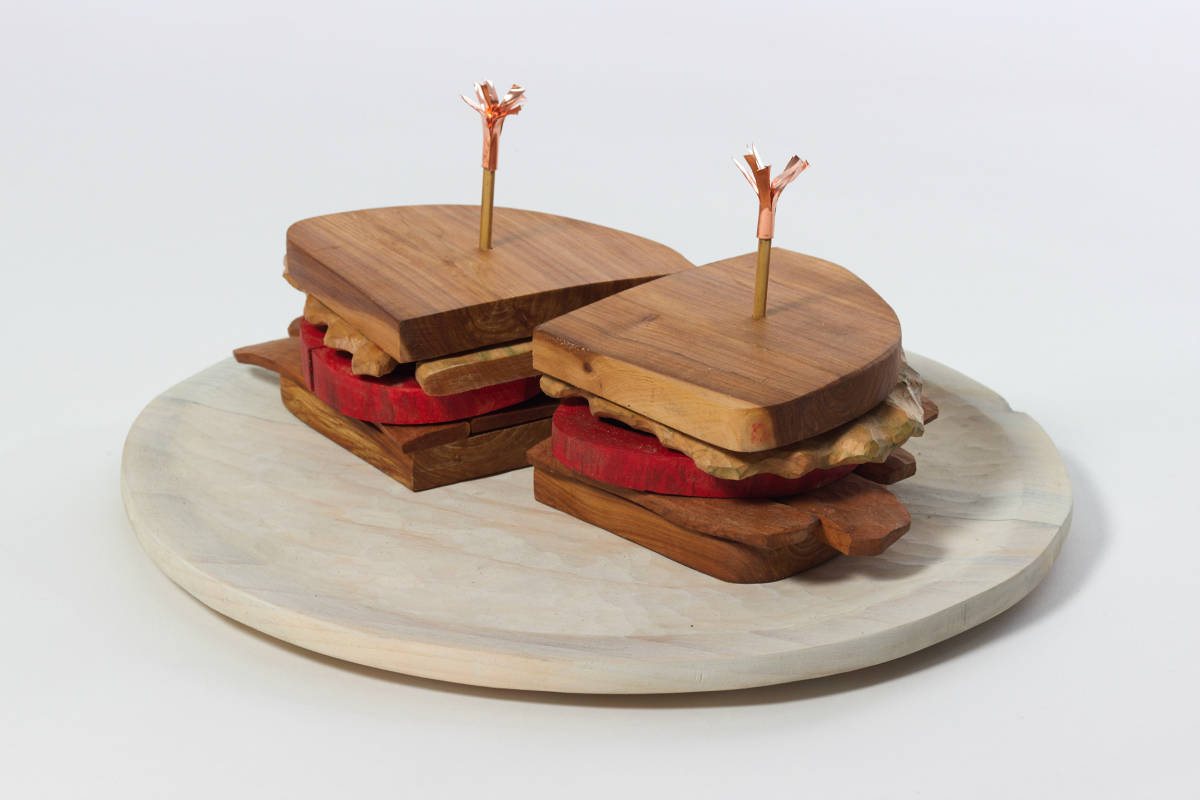 While Lisberger has worked in all mediums, including metal and stone, she prefers wood. “Wood is forgiving but not too forgiving,” she says. “It’s heavy but not too heavy. I can carve, construct, take it apart, and put it back together again.”

It was an injury that led Lisberger to sculpture. While studying English and American Literature at The University of California at Santa Cruz, she hurt her hip taking a modern dance class. The injury forced her to drop the class, so she took sculpture to replace it because she couldn’t see herself taking all academic classes. Her childhood memories of watching her mother, who sculpted and called herself a “sometimes carver,” influenced her decision.

Initially, Lisberger spent a few years as a studio potter in Monmouth, Maine, after receiving her BA, but then decided to go to graduate school at the University of Pennsylvania to earn her MFA in sculpture. “I loved making pots,” she says, “but really wanted to make sculpture and to carve.” 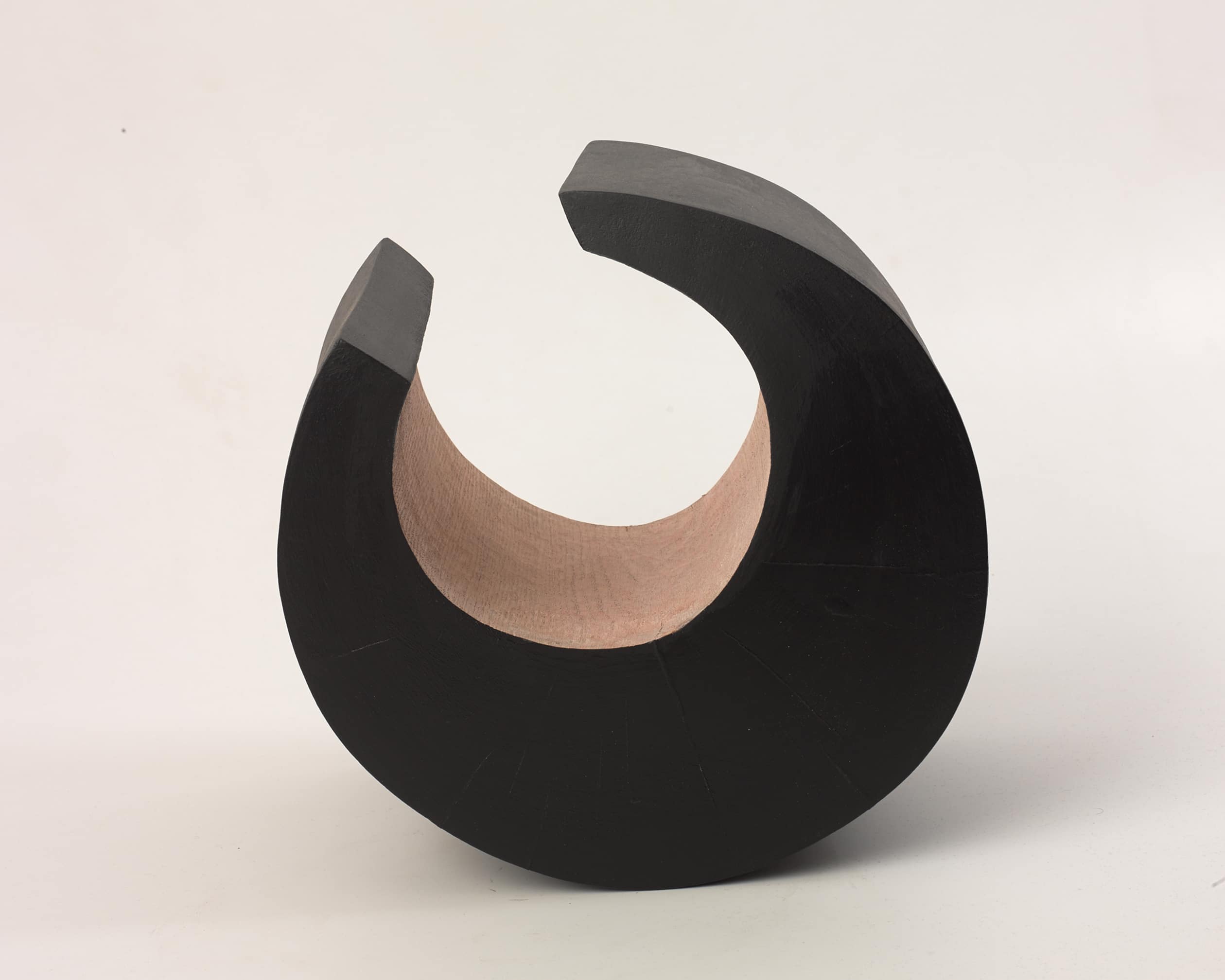 Studying sculpture gave Lisberger an understanding of surface, edge, and form. “I would have learned it on my own,” she says, “but I am in favor of education for interaction.”

Using all local wood, Lisberger says her work is “very specific to Maine.” Her sculptures are carved directly from “whole or laminated healthy native wood.” Maine is a wonderful place to be an artist, she says. “Artists in Maine are allies. They aren’t cutthroat or competitive. You are surrounded with supportive people and camaraderie.”

When she’s not in her studio, Lisberger is an instructor of sculpture, drawing, and 3D design at the University of Southern Maine. Her work has been in exhibits throughout New England.