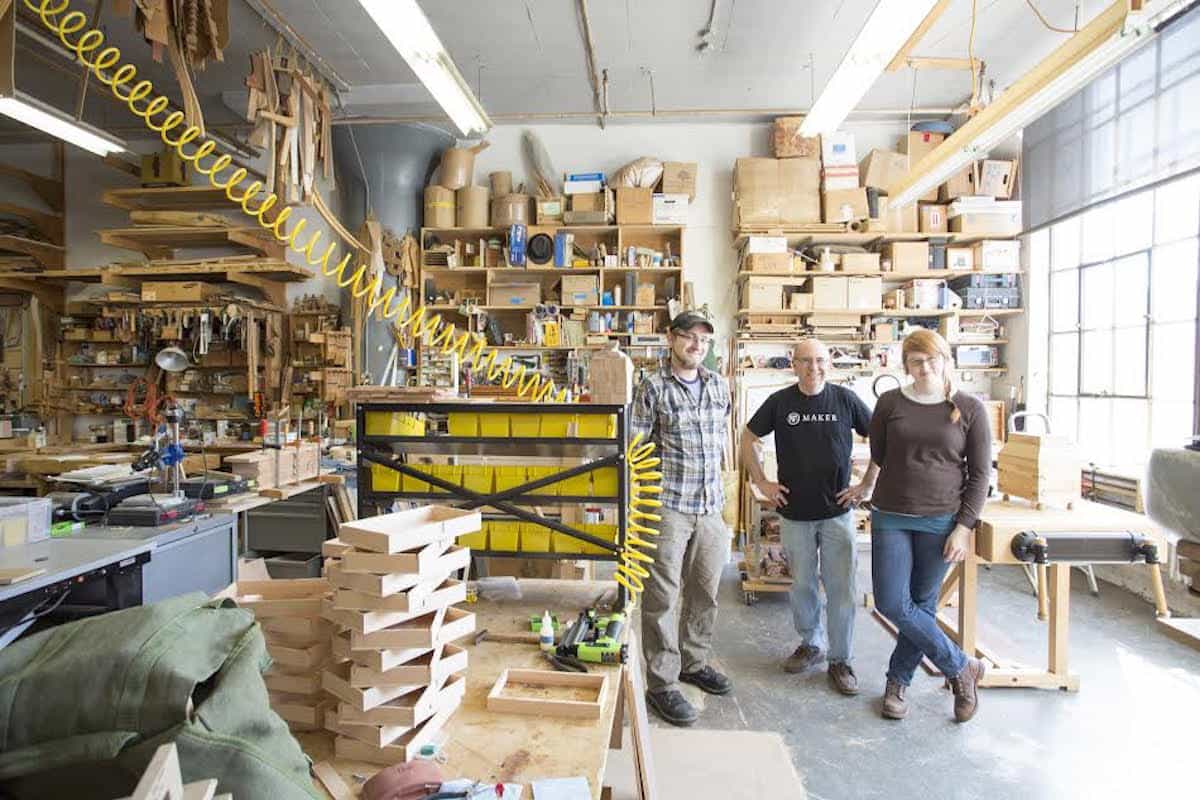 The path to authentic design and furniture building was a natural one for Richard Oedel of Fort Point Cabinetmakers, located in South Boston, Massachusetts. After an initial go at mechanical engineering left something more to be desired, Oedel realized that any career worth pursuing needs to have an element of fun to it. So he set out to find it. “I’ve always worked with my hands and I’ve always been interested in design, art, and the intersection of that with technology,” he explained. Naturally, furniture crafting ticked all of those boxes.


About ten years ago, after finding his niche in the woodworking world, Oedel focused on a certain organization up in New Hampshire. Oedel fit right in at The New Hampshire Furniture Masters Association, a group of exceedingly skilled craftspeople in the New England area. He started there as a member then became the chairman of the association for a few years starting in 2012. When asked about Furniture Masters, his pride and respect for the people involved is evident in his voice, “The [Furniture Masters] who do the work are really stellar artists”, he told me right off the bat. “Once a year we get together and we all bring pieces with us and we all sit there and say ‘I hope my piece is good enough. I hope it stands up to everyone else’s.’ It really keeps us all on our toes.”

Furniture Masters puts on an annual gala and auction to bring together fellow craftspeople, interact with the community and clients, and showcase the tremendous work being done in the field. “There are so many ways to think about design, to think about furniture,” said Oedel “…the group is so good because we get together, we talk about it, and our discussions inform everyone’s work. In doing that, we all get better.” It’s clear how the creation of a community like Furniture Masters has enabled craftspeople from across New England to network and support each other, and in doing so, raise the level of skill and excellence being produced all around us. 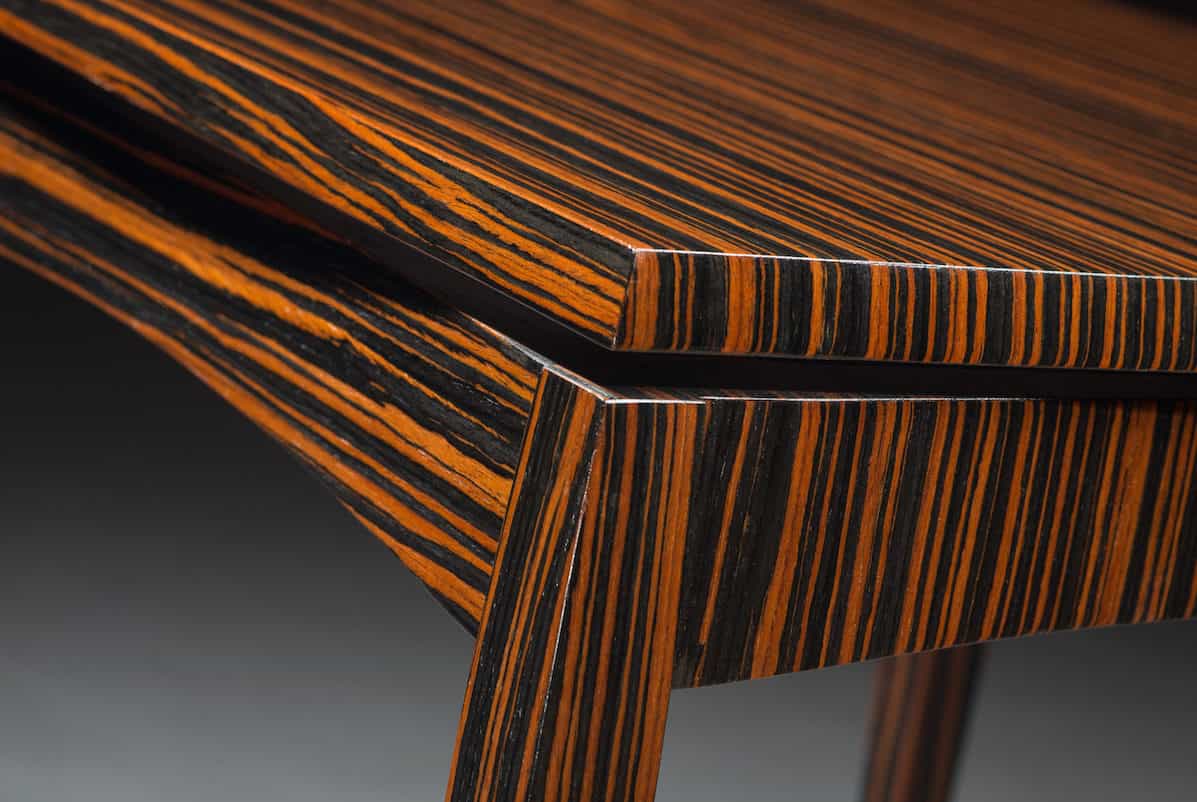 Indeed, this time Portsmouth NH shared in the success of the affair. Oedel pointed out that the event has moved around, from Concord and other parts of New Hampshire, but Portsmouth and its people in nature are particularly “friendly to the arts”. Held for the first time this year in the stunning 3S Artspace, Oedel explained how “it was an interesting space visually, our pieces fit in there well, and it brought people in to see what kinds of things were happening there”.

With the triumph of their 2016 gala back in September, Oedel looks toward the bright future of his craft. With Furniture Masters receiving positive attention and praise each year from the Portsmouth community, and with the new interest in handmade furniture coming from young people, he is excited to be doing work like this in this moment. The trend towards authenticity and handmade quality, over the cookie-cutter, IKEA-styles of recent years, has Oedel and fellow makers looking forward to brand new collaborations, and younger clients than ever, “It’s all happening on a younger level now,” Oedel described, “there was a time when we were all sitting there saying ‘does anybody under 50 appreciate anything that we’re doing?’”

The answer to that, as seen by the Furniture Masters and the outpouring of interest from the Portsmouth community, is an enthusiastic, yes.