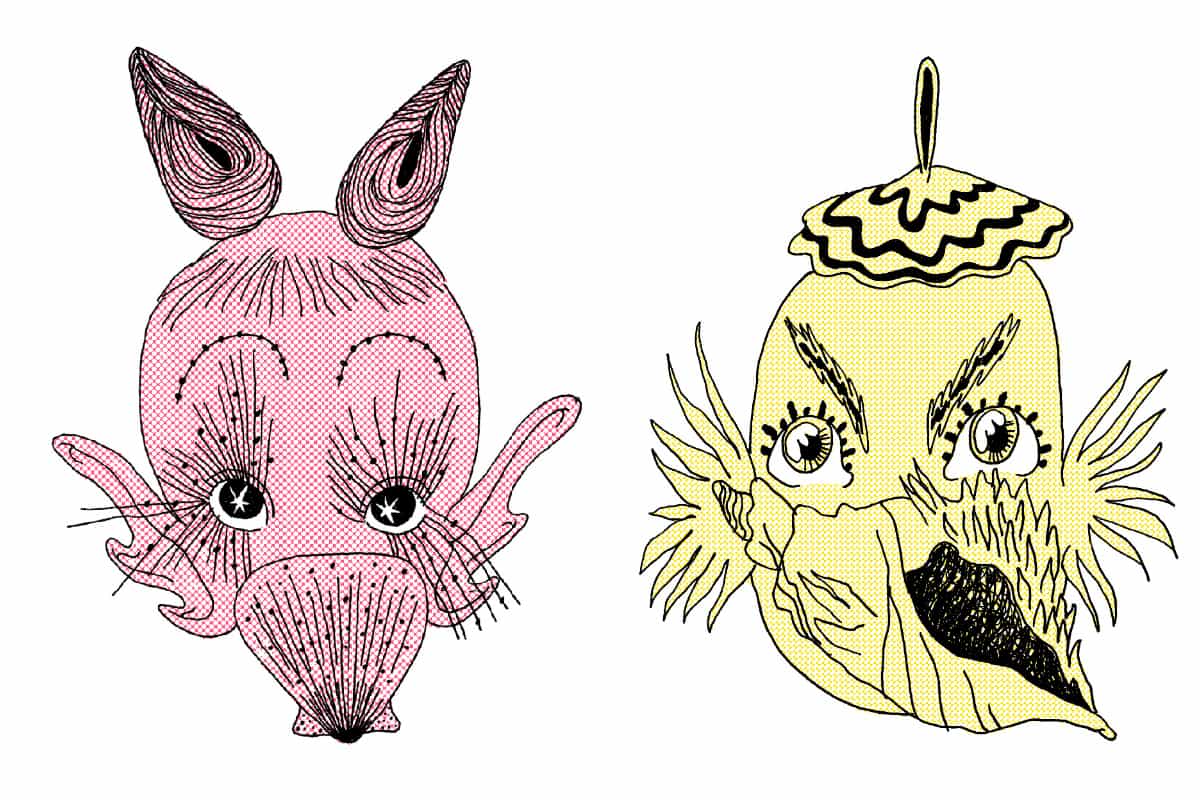 If you can imagine a world that manages to creep you out while being simultaneously outrageously adorable, then you’ve landed smack in the middle of Mimi Chrzanowski’s brain—a mythical land of cleaner-shrimp dentists, post-death anxiety, and Mother’s Day in hell. Like her work, she possesses an air of absolute magic and a dark force of weird. “Mimi is a national treasure,” says artist and friend J.R. Uretsky. “Her work is fresh and unassuming. A mixture of joy and play with a touch of queer rage. Mimi’s gifs and comics make me want to keep making art in the wake of an uninspired political landscape. She’s a real gift.”

Born in Chicago, but raised in the small town of Tomah, Wisconsin, Chrzanowski made her way to Providence, Rhode Island on a whim after graduating from the University of Wisconsin-Eau Claire where she studied illustration. In Providence, Chrzanowski has been a part of the Dirt Palace and AS220, both artist-run collectives committed to the unabashed and uncensored production of art across all mediums. “I have been incredibly lucky to be in a city where there are so many beautiful weirdos doing incredible work,” she says. “I have a crush on everything everyone is doing, and I feel super inspired all of the time.” 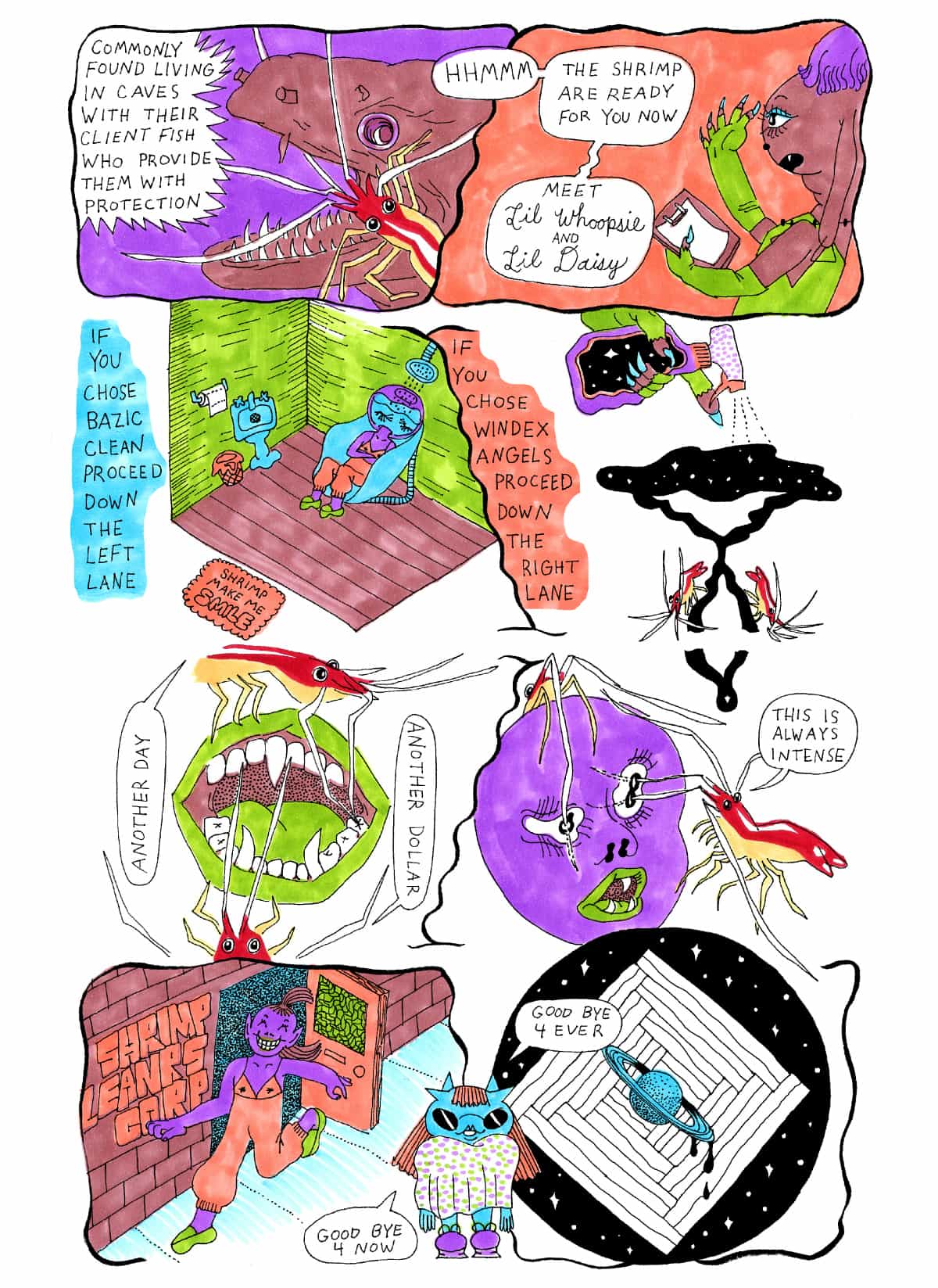 Chrzanowski’s first love has always been illustration. Inspired early by anime such as Pokémon and Sailor Moon, she finds drawing a natural extension of her brain. “Drawing feels so pure; it is just pen or pencil and a piece of paper,” she says. “I love watching what other people can create out of such a simple medium, building these entire weird worlds that just feel like a pure form of expression, a place where people can get out whatever they want to say.” She also engages with other mediums such as screen printing, video, and animation, but feels most at home with the flexibility of just a pen and paper.

In 2016, Chrzanowski was invited to create her own LeyLines comic, a quarterly publication co-published by Grindstone Comics and Czap Books. Made with Love in Hell is a Heironymus Bosch-inspired extravaganza set on Mother’s Day in Hell. Clad in a single burnt orange tone, the comic unleashes a cast of iconic hell imagery with a sadistic and adorable undertone featuring familiar characters from her previous comics. Writer John Seven described this work as filled with “…oogly, creepy monsters in lots of gruesome crowd scenes in which atrocities, or at least ugliness, are smashed together like sardines, only this is all cute instead of horribly nightmarish.” 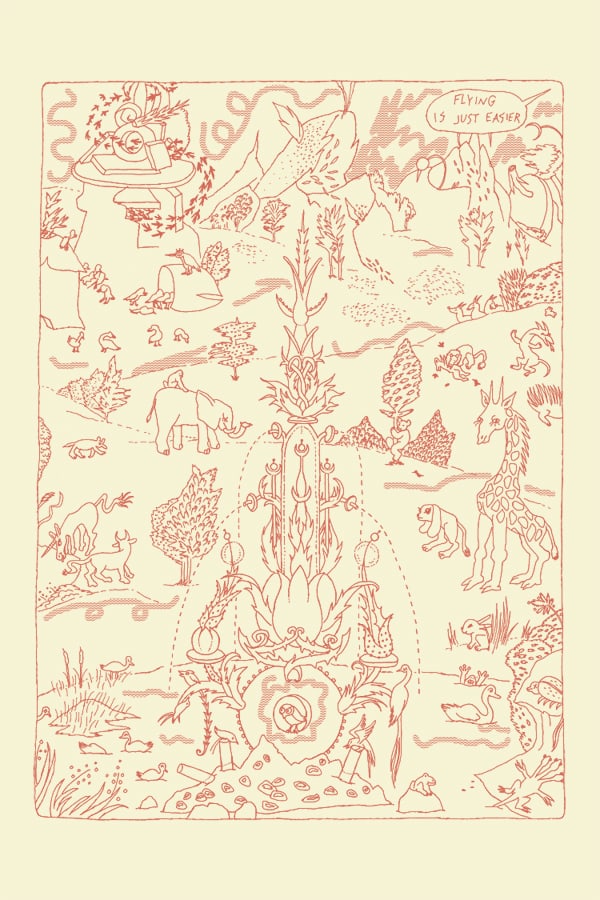 Fresh from the QTZ Zine Fest at AS220, she is currently working on a children’s illustration for Cicada Magazine, a small batch publishing company that focuses on illustrated books for adults and children. In the fall she will showing work in an exhibition at Hoof Print in Chicago. “I have been lucky enough that I can make art for a living,” she says. “I just want to live a life where I can be in nature, be at home, be at the beach, and continue to be inspired and make things that make other people happy as well.”