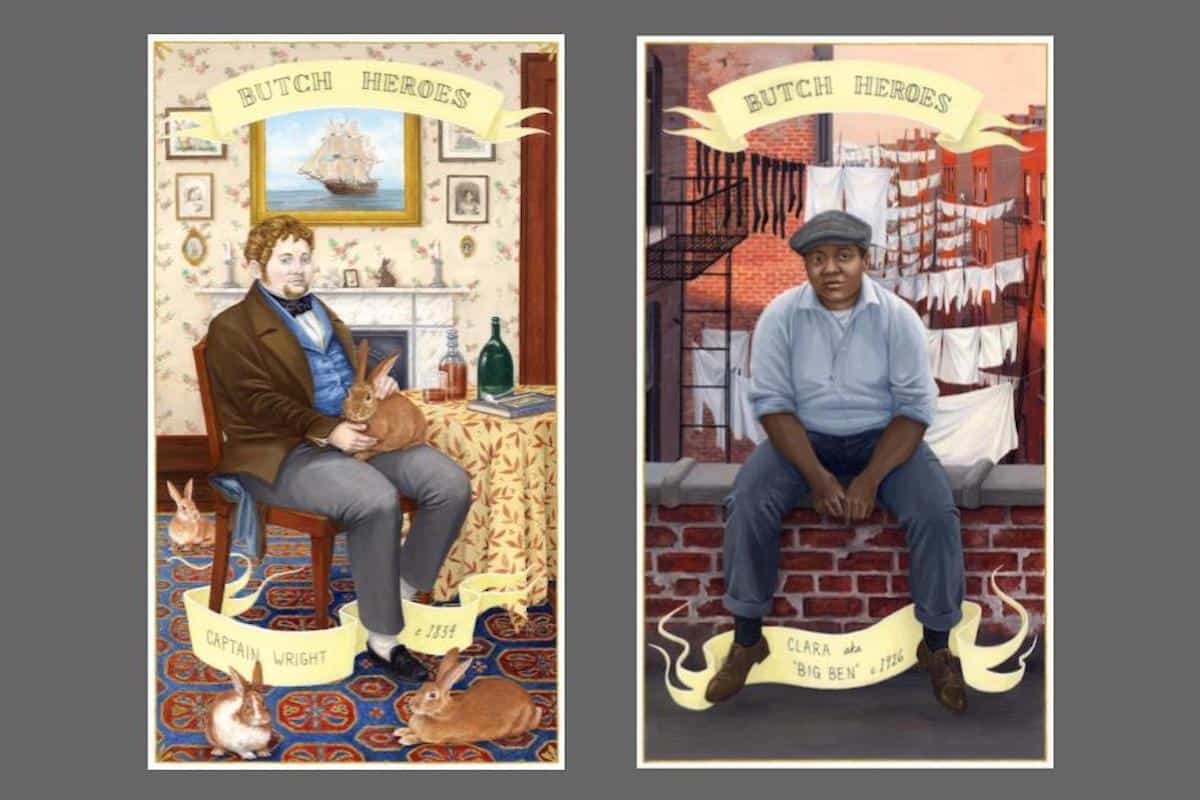 While painting a self-portrait as both a monk and a nun in the Middle Ages, Boston-area queer artist Ria Brodell got to thinking, “What would I have done if I had been born in a different era? What did people do? How did they get by?”

That’s how the project Butch Heroes was born. Painted in the style of Catholic holy cards, Butch Heroes tells the true stories of people assigned female at birth who rejected traditional gender roles and—in many cases—assumed a male identity. There’s D. Catalina “Antonio” de Erauso (1592–1650), a military captain and devout Catholic who got permission from the pope to dress as a man; Biawacheeitche or Woman Chief (1800–1854), an adept hunter and warrior known for her bravery; and Jeanne or Jean Bonnet (1849–1876), who was arrested multiple times for wearing men’s clothing and led a shoplifting gang of ex-prostitutes. 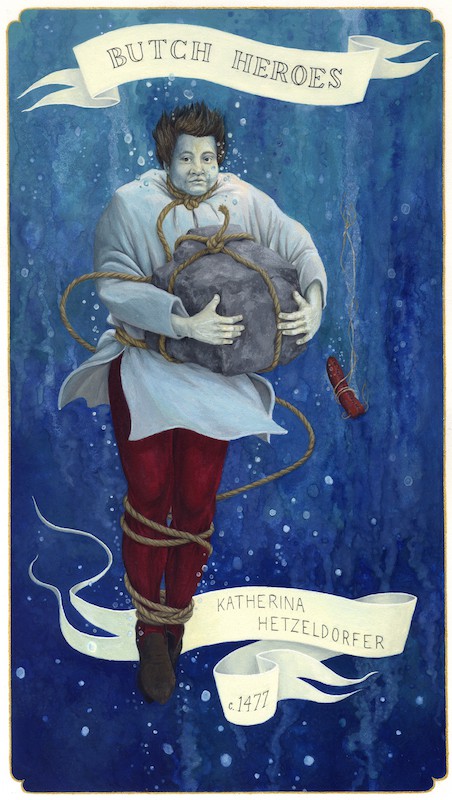 Katherina Hetzeldorfer (c. 1477), who was convicted of passing as a man (including the use of a phallic “instrument”) and sentenced to drown. By Ria Brodell

Brodell spent countless days combing the queer aisles of libraries, learning to search primary sources for archaic terms such as “female husbands.” Just like the stories found on holy cards, the histories that accompany each image can be funny, sad, grotesque, or inspiring.

Though the first 25 heroes have been immortalized in a book, Brodell continues to search for more—now investigating stories from underrepresented parts of the world, such as the Middle East, China, and India. “I want to find people from these regions that are difficult,” explains Brodell, “and I’m still really excited by all these stories. Each story is new, each process is new—so it keeps you going.”