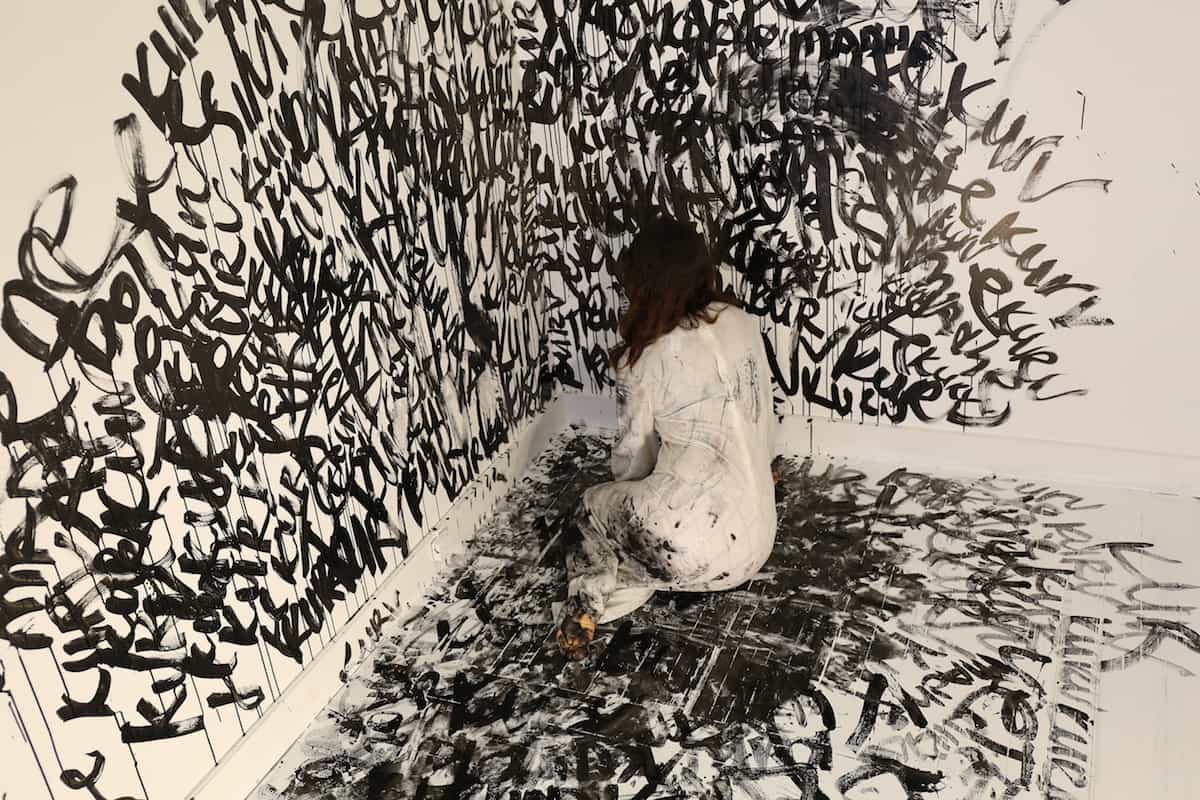 From Albania to Boston: Artist/curator Silvi Naçi on building bridges to belonging and using her voice to uplift others.

From braiding and rituals to altering memories, Silvi Naçi uses the power of performance to uplift the voices of marginalized communities. Under the nom de plume Silver Projects, Naçi has produced an impressive body of work that includes an artist residency at MASS MoCA (summer 2017) and the founding of STAND UP: Women* You Should Know—an ongoing series of lectures, interviews, and exhibitions focusing on “showing the work of marginalized artists of different class, race, gender identity, religion, cultural ethics, and immigration status”—a 45-woman* group show that premiered at Boston’s Gallery Kayafas in July 2017. 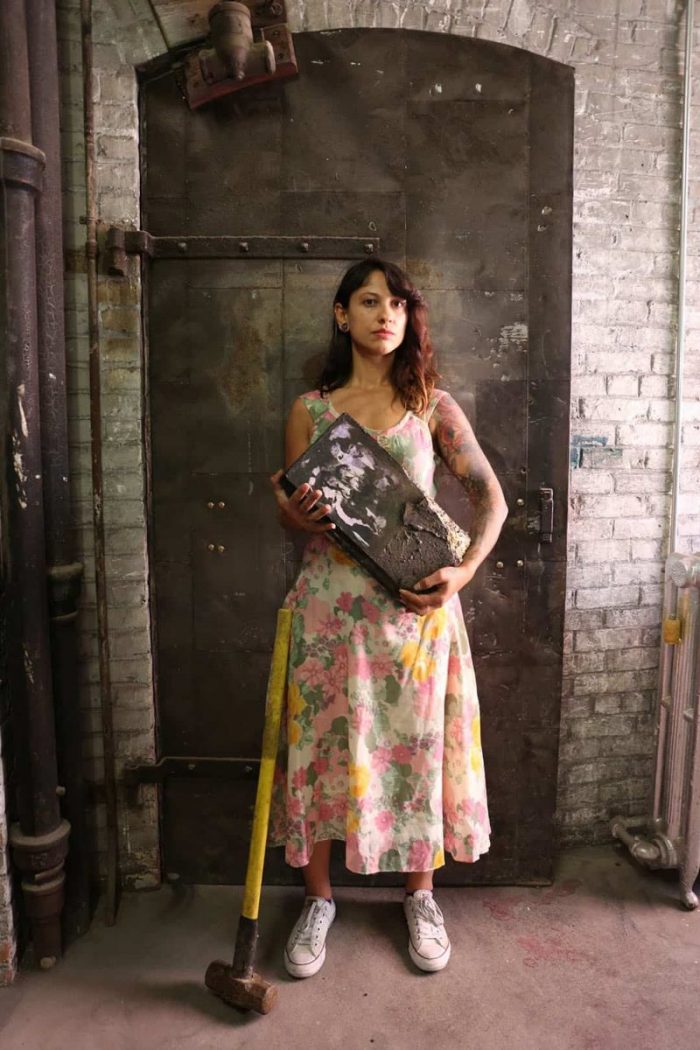 Take: What was it like growing up in Albania, and when did you immigrate to the United States?
Silvi Naci: I knew I wanted to be an artist since I was six years old—studying in Fier’s art and music school, [Shkolla] Jakov Xoxa. My cousin, an established painter, taught me how to paint in oils. I continued to study art after moving to the States at the age of 14. Leaving Albania was heartbreaking—but my mother wanted to give my sisters and me the opportunities that Albania couldn’t offer for three ambitious women hungry for education.

T: What have your experiences been as an artist and immigrant living in Boston?
SN: I’ve always had this overwhelming sense of non-belonging to any place, except with my mother. Leaving Albania at such an important age definitely created a slit in my mind. Although I have lived in Boston on and off for 16 years, I have never felt at home. Just this past summer, I returned “home” to Albania after nine long years. I thought maybe I would feel at home there, or at peace. But much has changed, and I have changed. And although I miss even the smallest rock in Albania, I am now an outsider [there] as I am an outsider living in the States.

I often ask other artists if they would be making the same artwork they make in the United States back in the country where they are from, so I started to ask myself the same question. Being born and raised in a country of control, oppression, corruption, and fear, it’s strange to think about ideas like, “You can be whatever you want,” and “Anything is possible.” Lower-middle-class Albanians living in Albania right now do not have that luxury of thought. A lot of my work looks at this disconnect, the contrast, and ideals. I am always trying to build a bridge between these two cultures and traditions.

T: Your work focuses on uplifting marginalized communities such as women, immigrants, and the LGBTQ community. Why is this important for you?
SN: I believe that if I ever have any power to be heard, I must bring people with me. There is an African proverb I love: “If you want to go fast, go alone. If you want to go far, go together.” I can’t imagine anything I would rather do than work with others and create meaningful and impactful work together. My practice is motivated by providing vigorous learning experiences in the arts, and supporting the voices of disenfranchised and ignored cultures. My curatorial work focuses on similar issues that my art addresses: gender, race, social politics, identity, immigration, borders. It is important for me to look at how people are working with these ideas in ways that I have never seen before—not only so I can learn, but to engage with others as well. 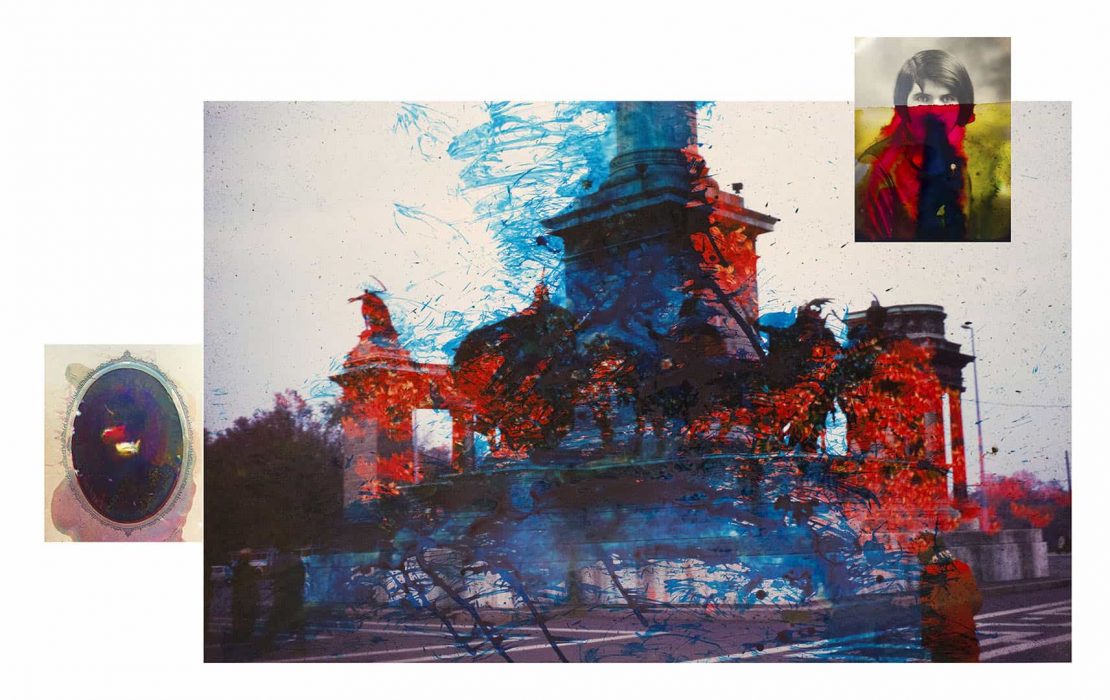 T: How has being an artist engaged your political beliefs in this intensely divided climate?
SN: That can be a whole article in itself! When POTUS won, much like everyone else in our country, I was heartbroken—filled with anxiety and panic. My family and I had already read this book, about Albania—we know how it ends. But [having come] to the States for safety and a better life, we now thought, “Where do we go from here?” The day after the election, I deleted all of my social media accounts besides Instagram, and decided to only focus on art and education. That seemed like the only answer for me to continue living. I just turned back to art and working with people who want to have engaging dialogue instead of turning to hate.

T: Can you describe one of your favorite recent performances?
SN: An ongoing performance that is so dear to me is ONE: pairing myself with someone of another communist culture, past or present, with a similar traumatic history—we braid our hair together into one. Mother Nature intended us to be one people, but as contemporary Western practices promote individuality and uniqueness, we struggle to disconnect and pull apart from each other. Physically and mentally [it’s] a painful act, clear in our expressions. I have a long list of people/countries I want to represent in this work. I think in the end it will be a long video through which the viewer is traveling through the world, one braid at a time.