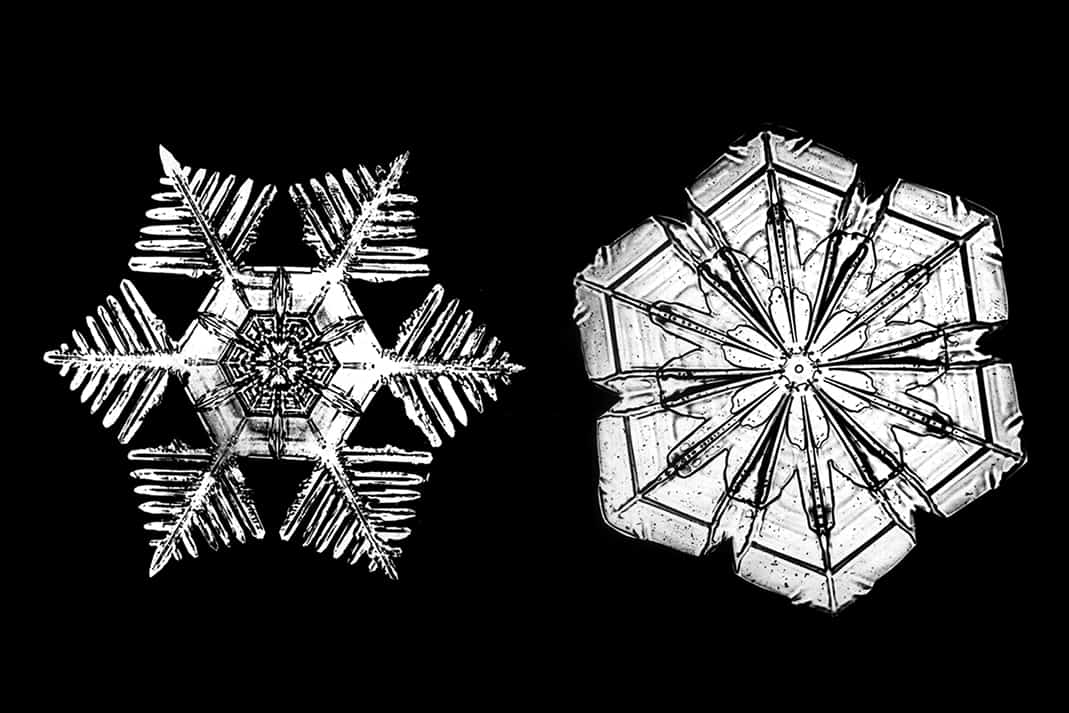 No two snowflakes are alike, and thanks to one man—Vermont farmer-turned-photographer Wilson A. Bentley—you can see it for yourself.

Most of us don’t have the time to study the snow that falls on our fair New England (and some of us are too busy swearing at it). Luckily, in 1885, an insatiably curious Vermont farmer named Wilson A. Bentley figured out how to capture the ephemeral snowflake on film, eventually shooting over 5,000 of them—and yes, no two are exactly alike.

Today, you can explore those photographs at the Snowflake Bentley Exhibit, part of the Jericho Historical Society in Jericho, Vermont. Besides sharing an array of nature-made designs with the world—Tiffany & Co. even bought a set of photos to use as jewelry inspiration—Bentley has a life story that’s Spielberg-movie-level inspiring. Sue Richardson, Bentley’s great-grandniece, grew up with stories about his persistence. “Initially he tried to draw them, holding his breath so they wouldn’t melt,” she says, “but he couldn’t draw fast enough to capture them!” 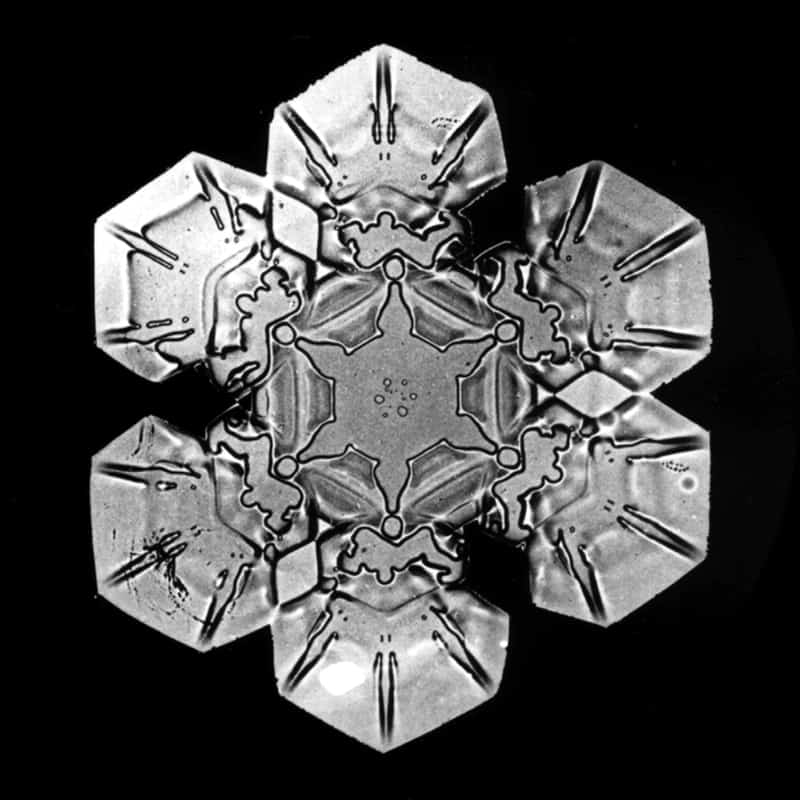 A selection from Snowflake Bentley’s work. Photos from the Wilson Bentley Digital Archives of the Jericho Historical Society

Once he had a camera and a microscope (both obtained by his mother, his only supporter), it took Bentley two years of obsessive tinkering—and “pure Yankee ingenuity,” says Richardson—to finally get a clear photo. He spent the next 46 years capturing snowflake images.

Although Bentley had no formal education, the records he created about the weather conditions of each snowflake were accepted as scientific data. But, as Richardson describes, “he was not only a scientist and photographer, he was an artist. He had an artist’s eye and an artist’s passion. The beauty really captured his imagination.”

Visit the Snowflake Bentley Exhibit, and you might learn to love the snow, too—or at least give it a closer look as you dig out your car. 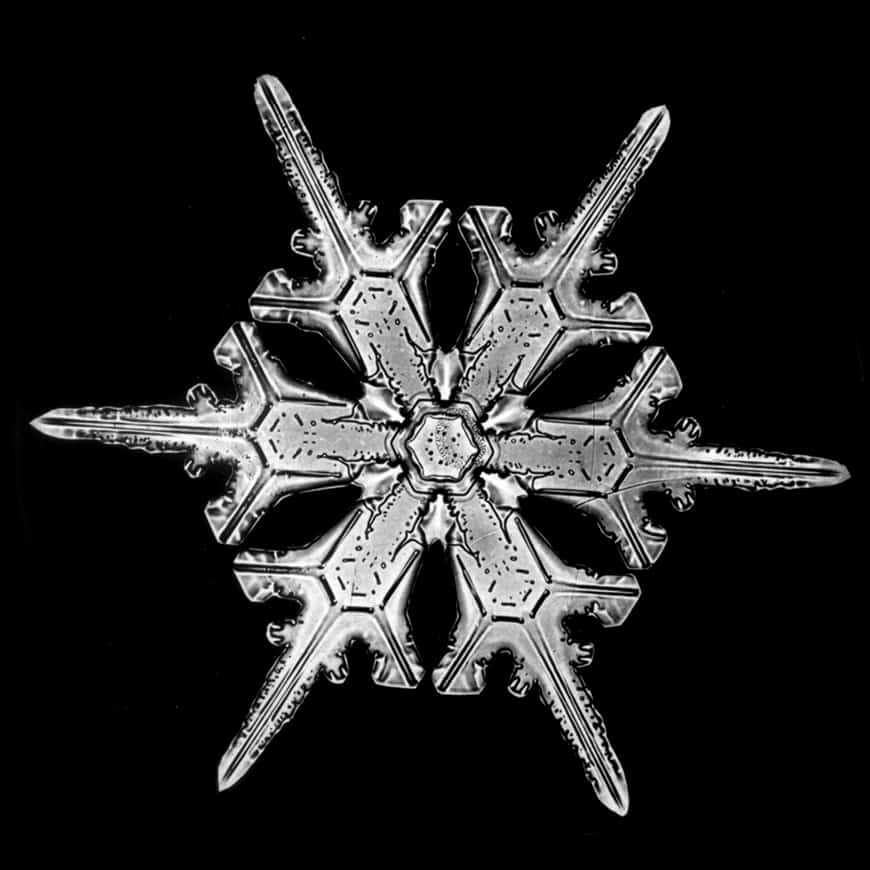 A selection from Snowflake Bentley’s work. Photos from the Wilson Bentley Digital Archives of the Jericho Historical Society