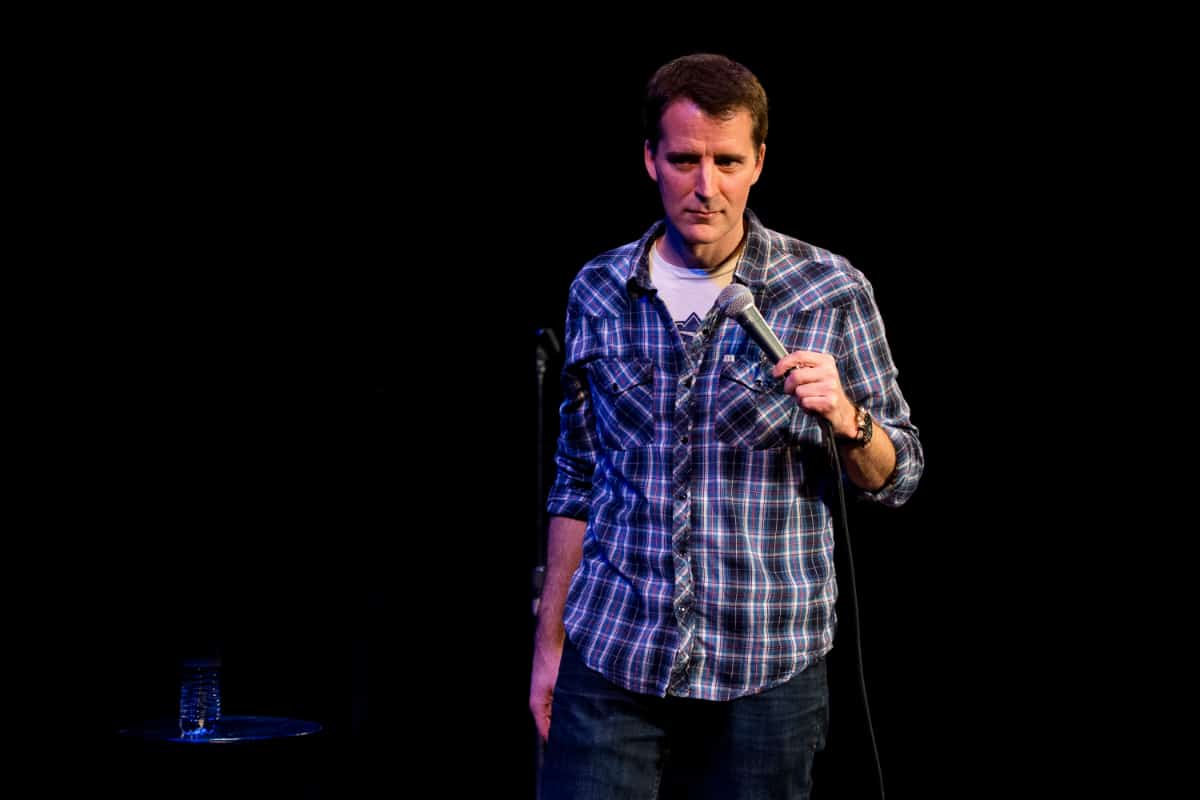 If Juston McKinney stayed in New York or Los Angeles to nurture his comedy career, rather than moving back to New Hampshire, he’d have no jokes about New England winters and the futility of keeping a picnic table that gets so little use.

He also might never have developed his bit about how seriously his state takes its “Live Free or Die” motto: “New Hampshire’s got fireworks, no seat belts, no sales tax,” he says, ticking off the list of state freedoms that differ from its New England neighbors. “It’s like Mexico. People come running across the border.” And he wouldn’t have bothered to riff on the Patriots’ multiple Super Bowl titles with his fake public service campaign to help New England families pay for the cost of championship gear.

McKinney performs regularly at the Lebanon Opera House, The Palace Theatre in Manchester, Capitol Center for the Arts in Concord and The Music Hall in Portsmouth, where he does a year-end show that usually sells out. His latest show, titled Parentally Challenged, comes to The Colonial Theatre in Keene on Oct. 21.

McKinney has honed his wide-eyed, seemingly bewildered, often bellowing rendition of life in New Hampshire to significant acclaim. Comedy Central has aired his one-hour and half-hour specials. This summer, he joined a stand-up showcase hosted by Patriots player Rob Gronkowski and taped for Showtime.

Born in Portsmouth, McKinney worked as a sheriff’s deputy in Kittery, Maine, and got the performance bug while doing DARE program anti-drug presentations for kids. In the late 1990s, he secured an agent and booking offers from managers and moved to New York. Later, he shifted to L.A. with his wife, another New Hampshire native who wanted to raise their kids back home.

In big cities, comedians work the clubs night after night, try out and refine material, gather a following and elbow-rub with the likes of Amy Schumer or Louis C.K. “It’s about networking and contacts,” McKinney says. In New Hampshire, “It’s out of sight, out of mind.”

Still, he managed to pick up a charity gig with Schumer this summer after running into her at the revered New York club Carolines on Broadway. His connections with the team behind Kevin James’ movies led to an appearance in Here Comes the Boom.

And while he can’t pop to the next town to get up on a club stage, he finds a way to put in his time. One recent night, he drove to Cambridge, Massachusetts for a 10 p.m. open-mic show to do 10 minutes of new material. “I got back at 1 in the morning, and I gotta get up at 6 with my kids.”

Often, he tests out jokes for the first time during his big New Hampshire theater shows—a risky prospect. Starting small, he’ll build them if they get a good reaction. When they bomb but he knows he has a unique idea, he considers it a worthy challenge to keep working on it. “Those are the gems,” he says.